I know, I know.  No witty title today.  And this is going to be a short and sweet recipe as well, in many ways.

I had another post planned, but then I woke up and saw this recipe for pumpkin coconut caramel sauce in my Facebook feed.  I had to try it.

This week has been exhausting.  Today was full of obligations, and we're having a much-needed night with friends tonight, where I said I'd bring an appetizer and dessert.  Oh, and adult beverage, which I tend to always just bring along.  But I had no focus, so no plans for what those things actually were.

This took me all of 5 minutes to throw in the crock pot, and that includes hunting down the coconut cream, which probably took at least 3 of those minutes, and running the frozen pumpkin under warm water to thaw it out.

So, I took a can of coconut cream (It's what I had.  I'm guessing they didn't use regular milk in the original recipe to keep it vegan, so you could probably make that work too), a packed cup of brown sugar, a cup of pumpkin puree from the freezer, and some pumpkin pie spice. 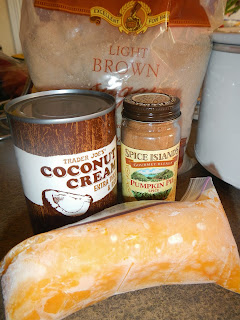 Mixed it in my small crockpot. 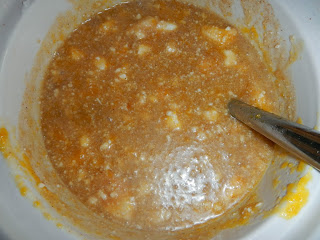 Covered it and let it cook for about 8 hours. 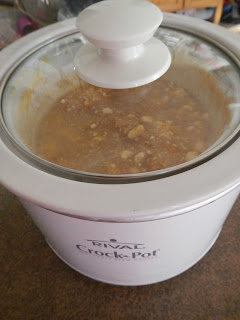 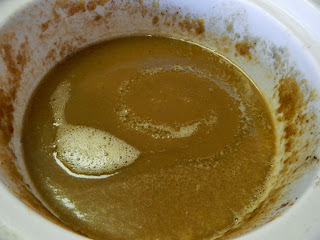 Gave it a stir.  It was on the thin side, but I'm guessing it thickens up as it cools. 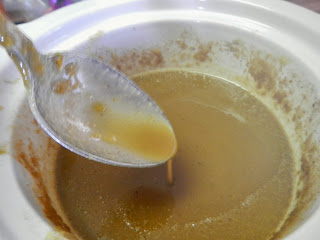 And then poured it carefully into jars.  One to take tonight.  And the others to play around with.  I'm hoping it's a good apple dip, but I'm not opposed to trying it on ice cream or pancakes.  Or in hot buttered rum, one of my favorite cold-night treats. I'm not a coffee person, but I hear it's good in that too.  And my friend posted a link to a recipe for these amazing looking carmelitas that I think could be a good fit for some pumpkining up. 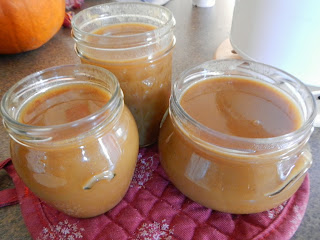 Unlimited potential, at least, as far as pumpkin sweets ideas go.  A touch of evil genius too.  Just for fun.
Posted by Krasimom at 4:12 PM