It snowed here yesterday.  Enough to pile up and stick.  The kids immediately put out the bowl for snow caramel, and I immediately took beef out of the freezer to slow roast into a delicious stew.  We had a Christmas pageant at church that all 3 kids were in, and then we drove around on our annual tradition of seeing some holiday light shows.  By the time we got home, Chinese take-out in hand, it was a bit late for us to send the kiddos out into the snow, and everyone was pretty wiped out anyway.

Today, the kids all were excited about the snow.  The girls left to their bus stop 5 minutes early for the "annual traditional" first snow snowball fight.  Little man was upset that I had to drive to drop him off this morning because I screwed up my foot last week, so he settled with knocking snow off of everything he could get his hands on before I told him to get in the car, and a promise from me that he could have some snow time after school.

Because of the aforementioned foot injury, I've been pretty stuck lately, and today was another frustrating day of hanging around the homestead.  But it has been feeling better, so I decided a little kitchen time wouldn't be a bad thing.  Winter always begins a love affair between me and my oven.

The kids minds might go straight to snow caramel when it snows, but as soon as I see that white stuff collecting on the ground, I think of something warm, hearty, and comforting.  Gingerbread.  Not the cookies, the real stuff.  It's like the Snuggie of snack cakes, in a good way.  It's not hard to whip up, and your house will smell amazing.  It also makes a nice gift for neighbors, or a good bake sale offering.  It's great for dessert, but a good snack as well, and you could probably even make a case for it as a breakfast cake.  I wouldn't argue with you.  My kids had it today between coming home from school and heading out into the winter wonderland to throw snowballs and make snow angels and shovel the driveway...which they are still young enough to think is fun.

The recipe I use is from Catherine Newman, and you can find the original here.  It's pretty much perfect, in every way.  I really don't change anything in it, except for when I'm out of something and need to substitute.  For example, today I realized I didn't have enough molasses, so I subbed in some sorghum.  And yes, you are allowed to laugh at how absurd it is that I have sorghum on hand.  Or ask what sorghum even is.  Anyhow, it worked as a sub.  Sometimes I up the spices, if I'm feeling spicy.  Which I often do.  I feel like I'm blabbering...I should just get down to the recipe, right?

Take a stick of butter out to soften.  I almost always do not plan ahead enough to do this.  Softening butter is one of only a handful of reasons that I use my microwave. 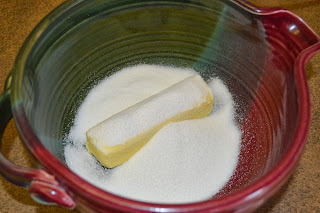 In a large bowl, cream the butter and 1/2 cup of sugar together with an electric mixer.  Since my stand mixer is in the basement and my effing foot sucks, I just used electric beaters. 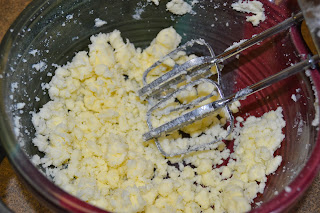 Add in two eggs and keep beating it until combined.  Then add a cup of molasses.  You are never going to get all the molasses out of the measuring cup, but no worries, we'll address that later. 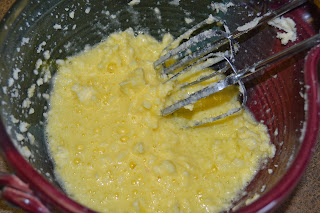 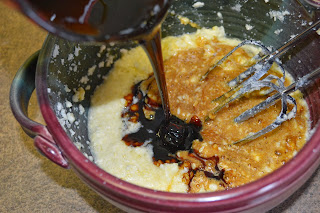 In a 2 cup measure, measure 2 cups of flour, 1/2 teaspoon each salt, ground cloves, cinnamon, and ground nutmeg, and a teaspoon of ground ginger.  Give them a quick whisk together with a fork and then mix them into the batter. 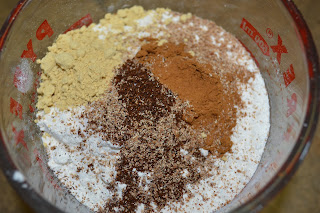 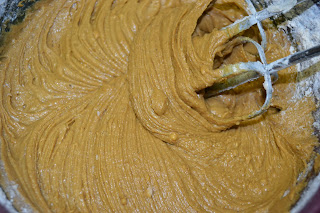 Get either boiling water or run your tap very hot.  Fill the molasses measuring cup with a cup of hot water.  Mix in 2 teaspoons of baking soda, the magical potion that will fill your gingerbread with puffiness, and then add that to the batter and mix thoroughly. 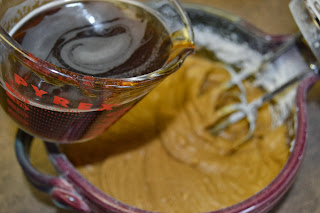 The batter is really thin, and looks pretty disgusting at this point, but it will smell so good that you won't care that it looks like something left by a golgothan. 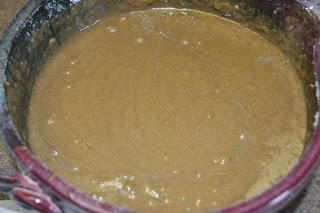 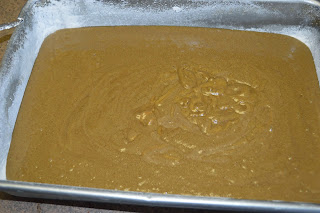 Pour the batter into your prepared pan, and pop it in the oven for about 30-35 minutes, until a toothpick comes out clean.  Have towels on hand to wipe up the drool. 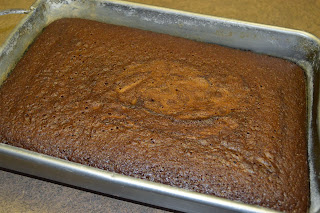 Slice and serve.  You can top it with whipped cream, dust it with powdered sugar, or just enjoy it as is. 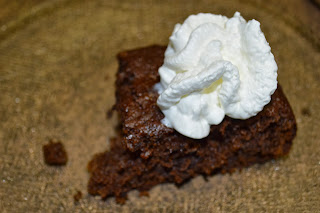 It makes plenty to share, but it keeps well too.  Although nothing is better than tasting it warm out of the oven.

Curl up with your gingerbread, something hot to drink, a good book, and a fire.  Welcome winter.  Good to see you again.  My oven and I thank you for reigniting our flame.