Okay, so originally, this recipe from A Homemade Life by Molly Wizenberg, was called "Rum Cream Pie".  Which was as delicious and amazing as it sounds, and the first time I made it, it spurred our culinary imaginations.  What other liquor could we use in it?  Limoncello, like a frothy lemon cream?  Amaretto?  Irish Cream?  Any number of those fancy flavored vodkas?  The possibilities seem endless!

This pie doesn't take long to throw together, but you need to be ready to commit to a solid 10-15 minutes getting it ready, and then 4-6 hours chill time in the fridge. 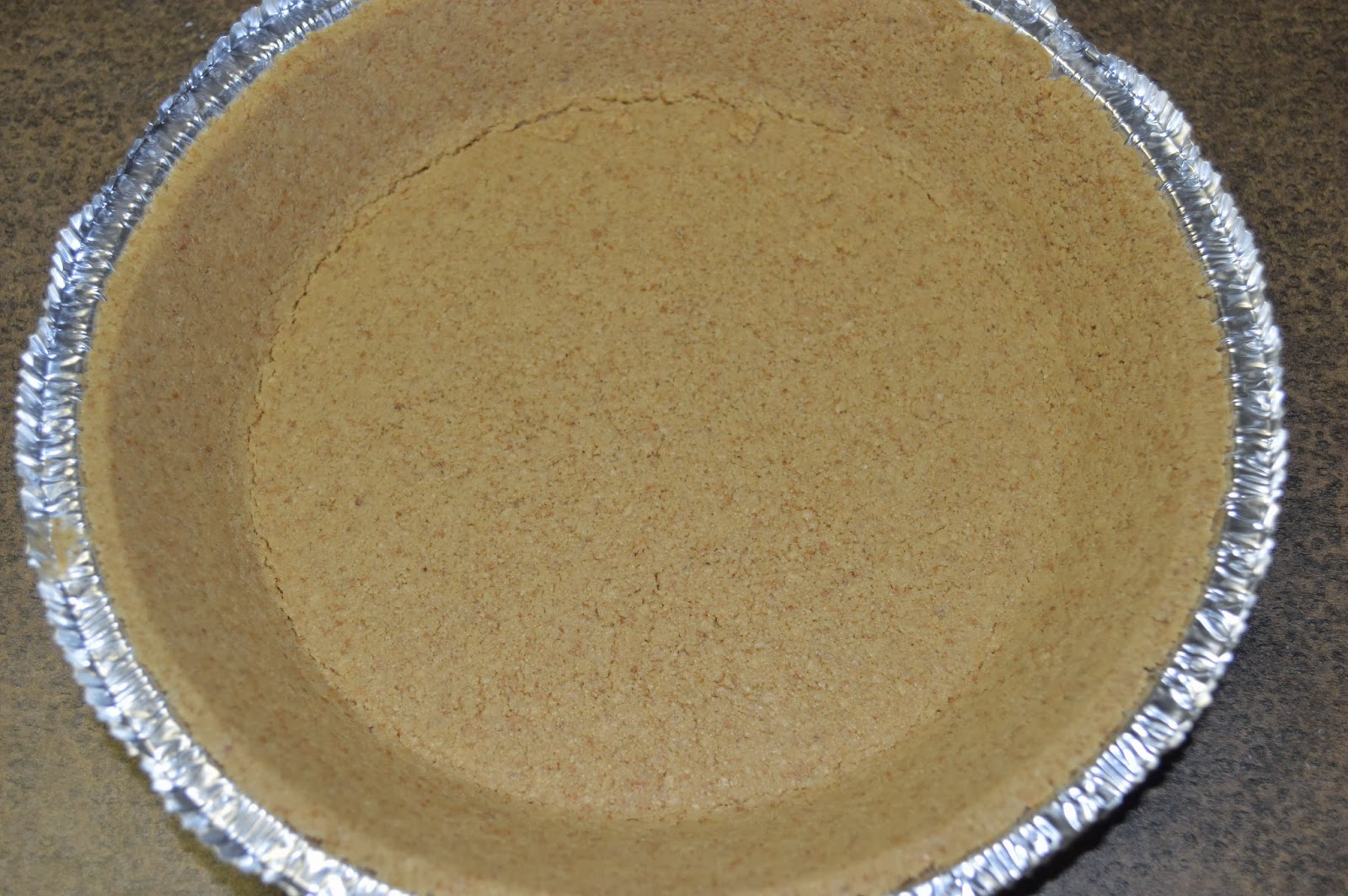 Next, you'll need plain gelatin.  1 1/4 teaspoons, which is about half of a packet.  Save that other half...you'll want to make this again sometime soon.  Put 1/4 cup of cold water into a small microwavable bowl, and sprinkle the gelatin over the top of the water.  Let it sit for a few minutes. 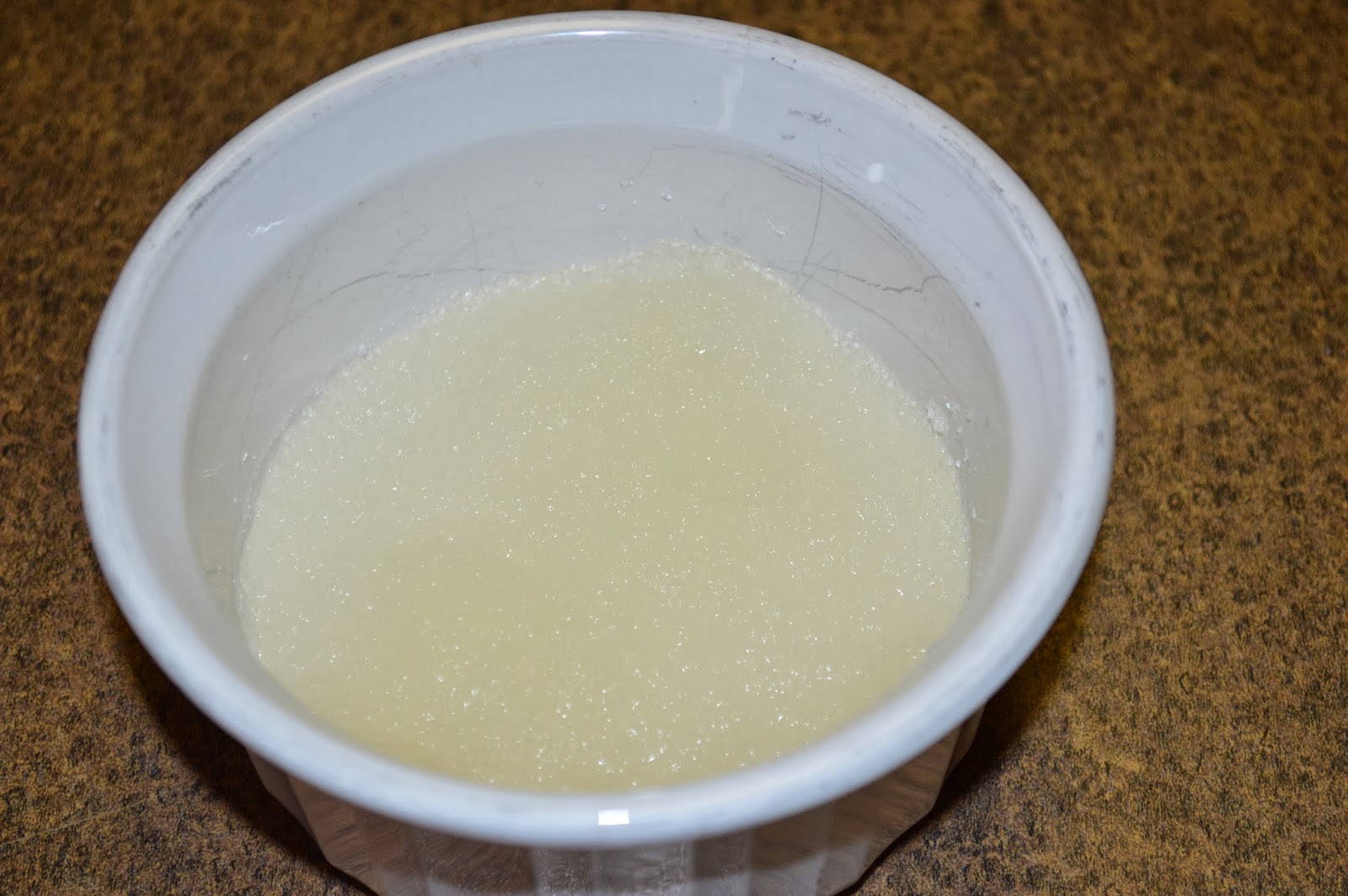 While that's sitting, pour a cup of cream into a mixing bowl. 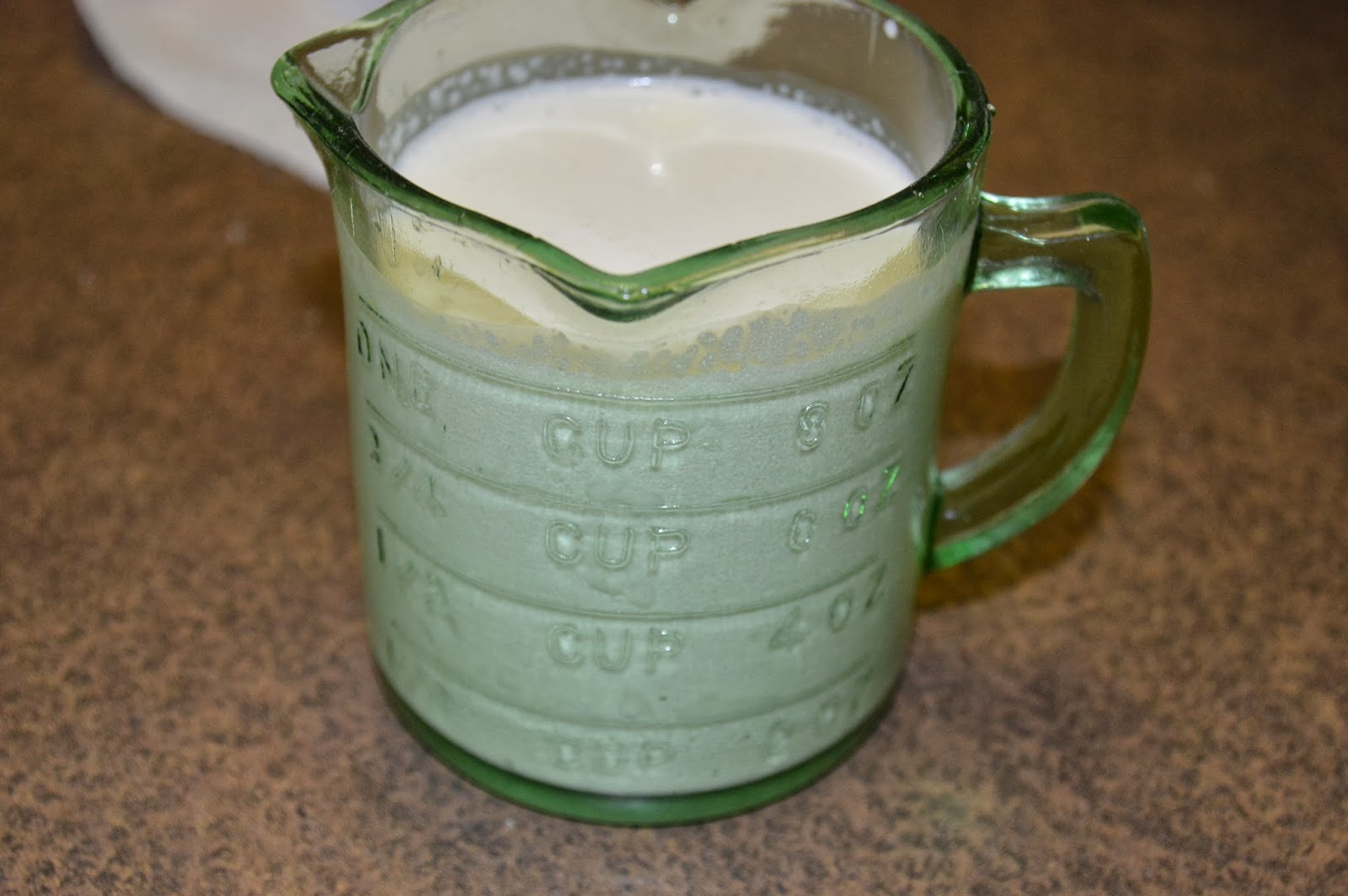 Separate 3 eggs.  For this recipe, you'll need the yolks.  You can always use the whites in a scramble or for Forgotten Cookies.  In another mixing bowl, put the egg yolks.  Add a half cup of sugar and whisk it well, until it looks a light yellow color.  With the deep color of the farm-fresh eggs I get from Amy, they are almost orange to start with, so, believe it or not, this is actually a lot lighter.

Pop the gelatin bowl in the microwave for 20 seconds to dissolve.  Then, slowly whisk it into the yolk mixture. 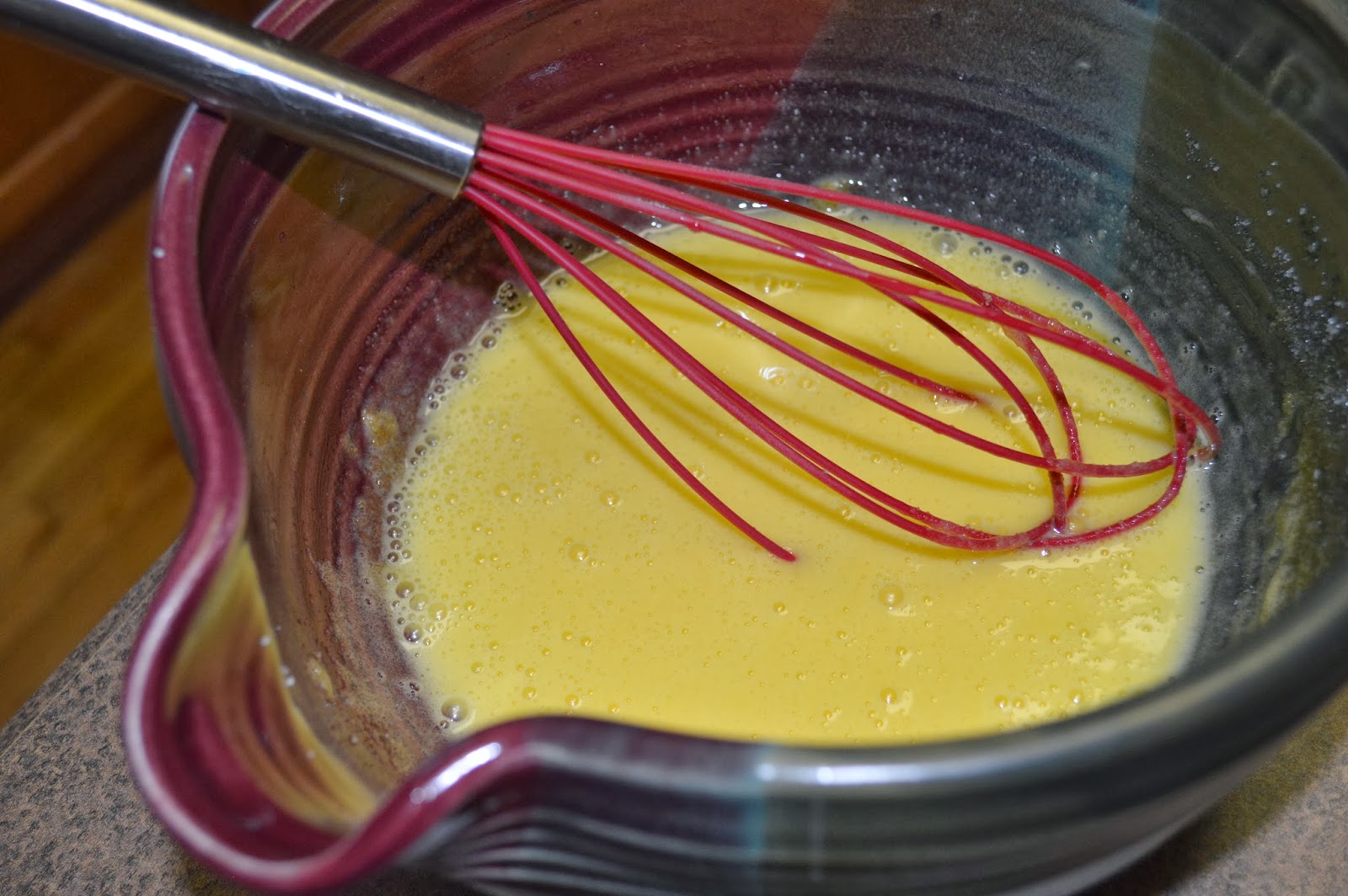 Working quickly, before the gelatin sets up, take an electric mixer to the bowl of cream and whip it to soft peaks. 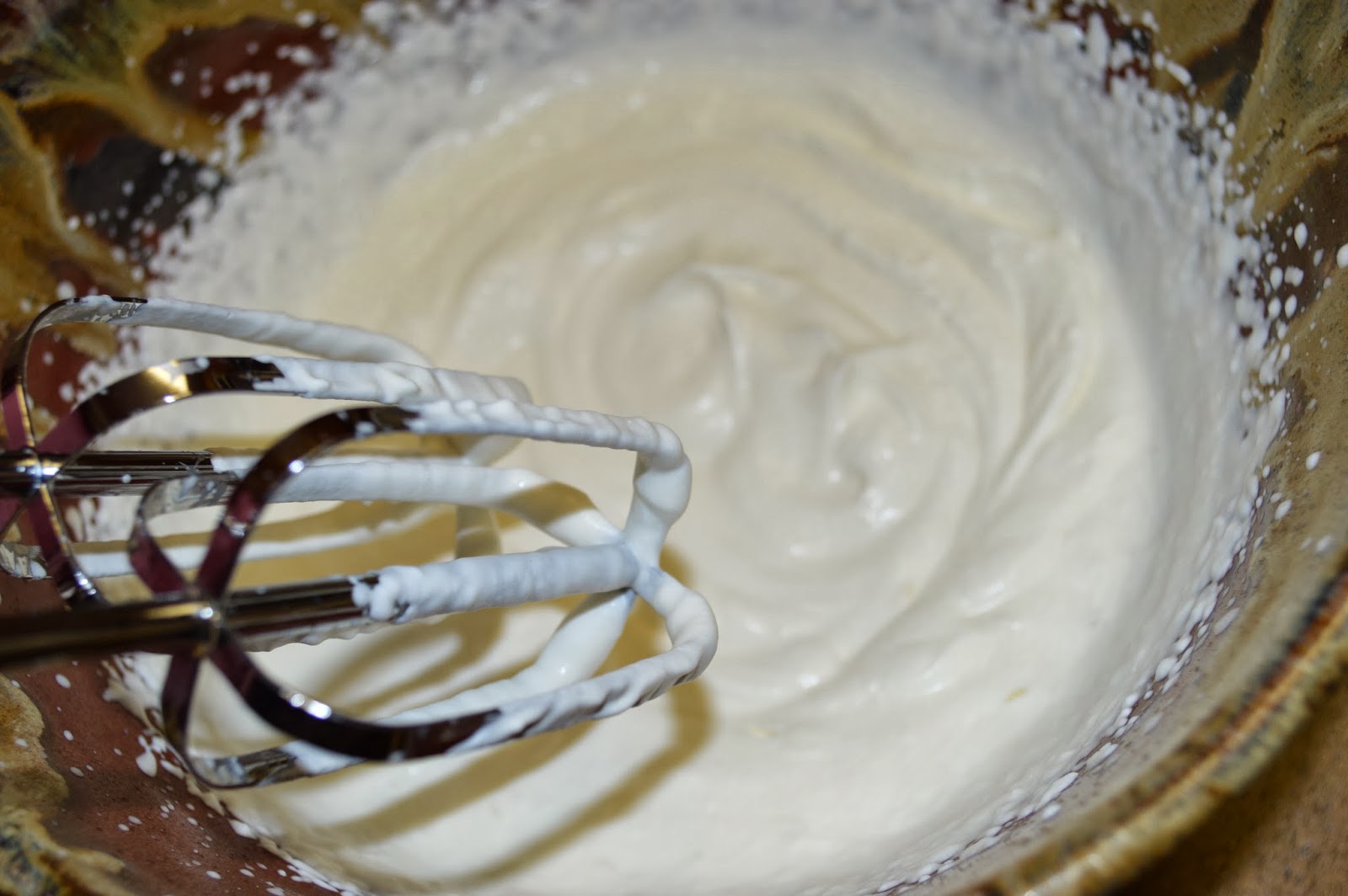 Stir the cream into the yolk mixture, gently.  Make sure it is blended well. 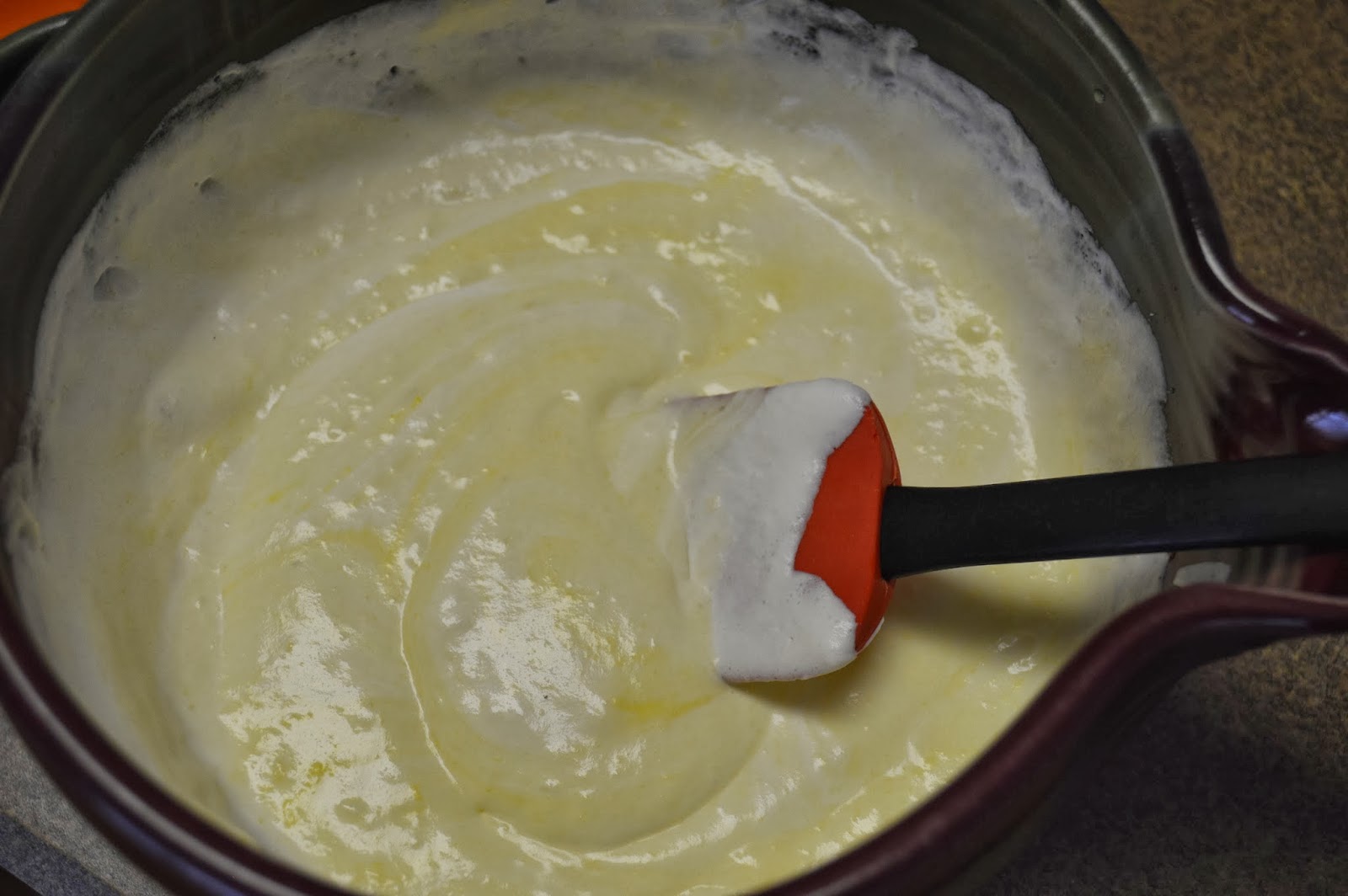 Add 2 tablespoons of the booze of your choice.  Today, we're heading over to friends' for dinner, and I know that my friends enjoys a good Malibu dessert, so that's what I went with.  Mix it in gently. 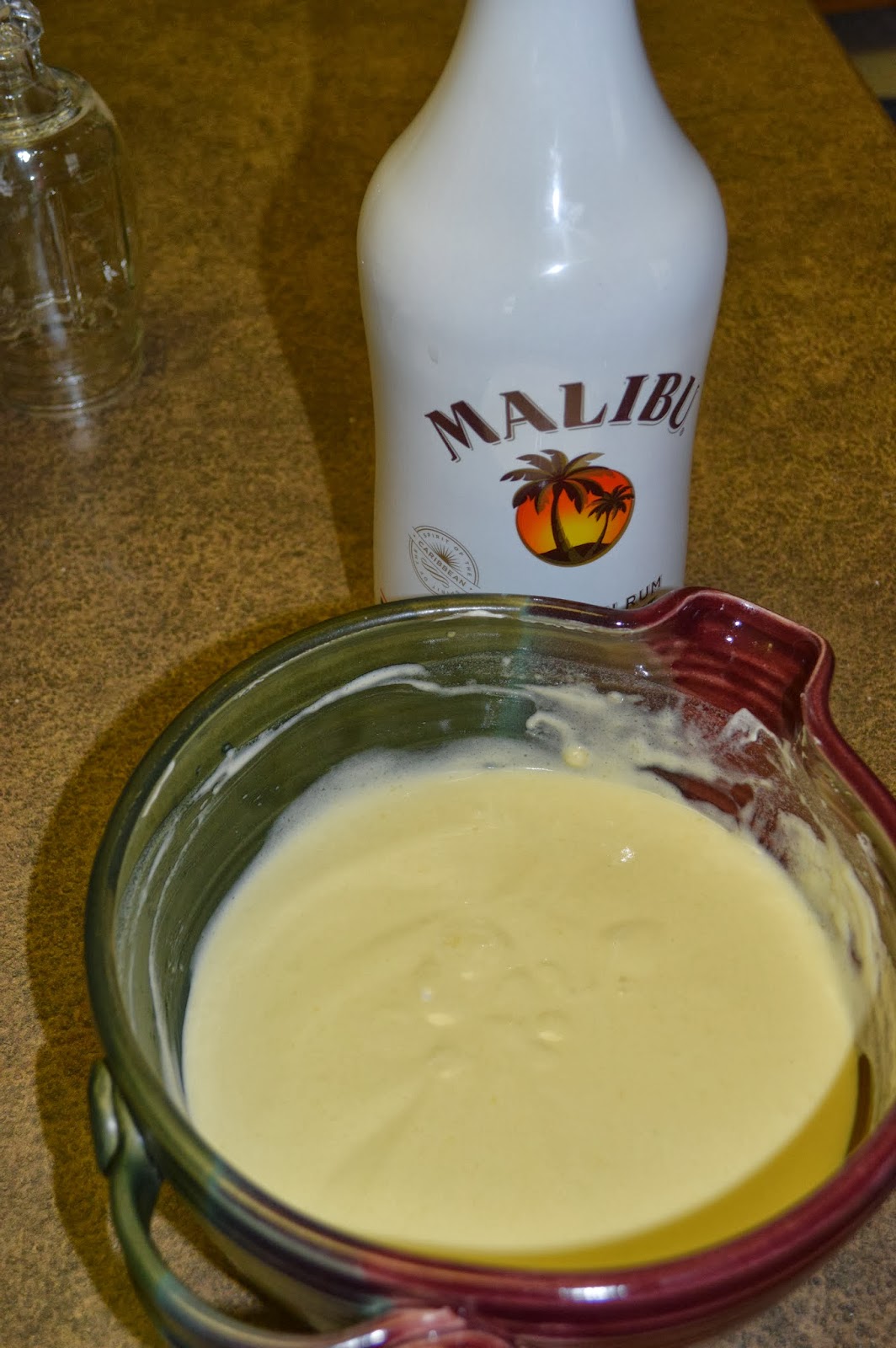 Pop the bowl in the fridge to set up for a bit, like 20-30 minutes.  This would be a good opportunity to clean up the disaster that all that whipping stuff brings. 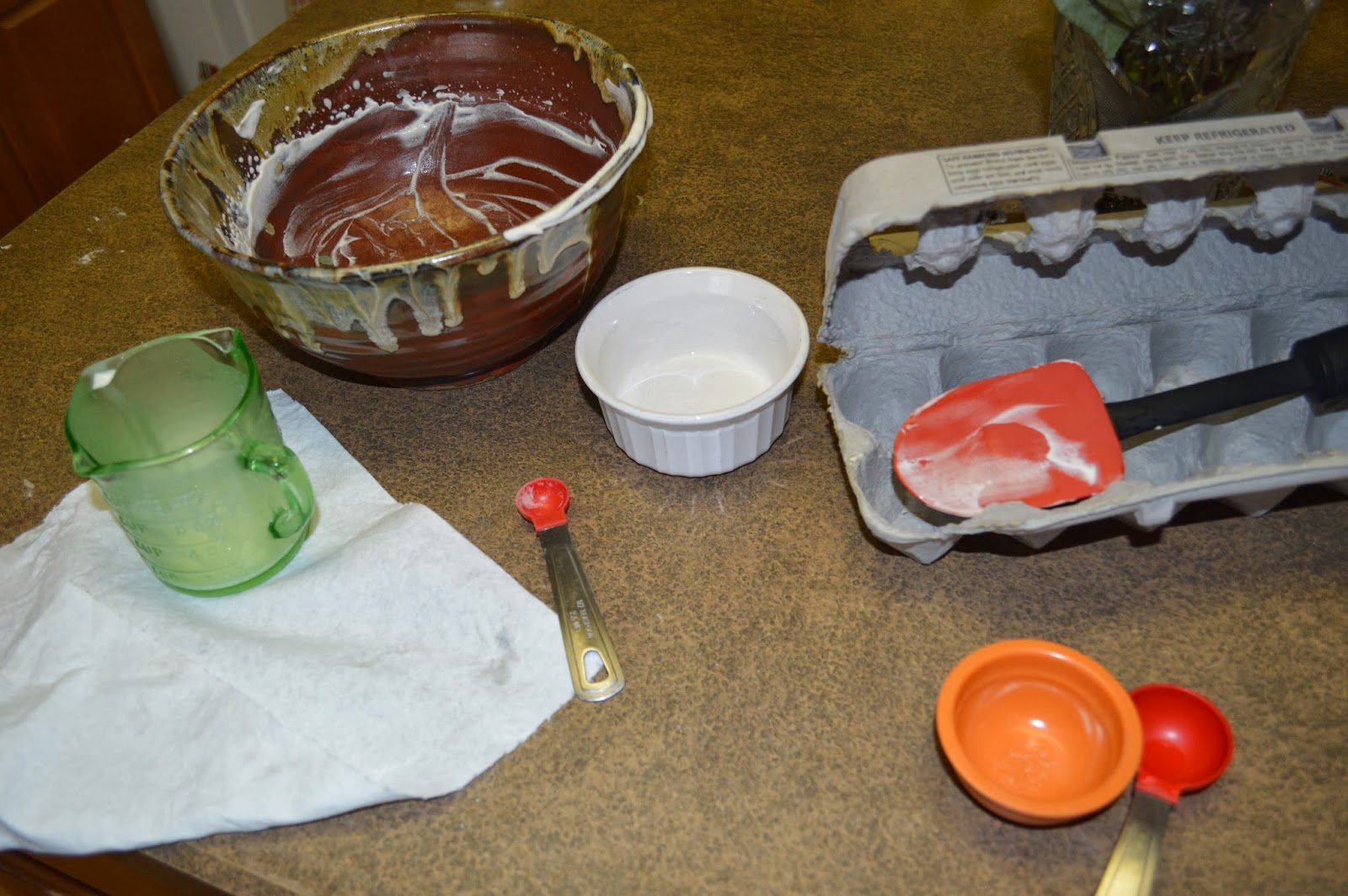 Then pour it into the graham cracker crust, and refrigerate it for another 4-6 hours.  You can garnish it right before serving with shaved chocolate, small candies, chopped nuts...whatever you desire, or just leave it plain. 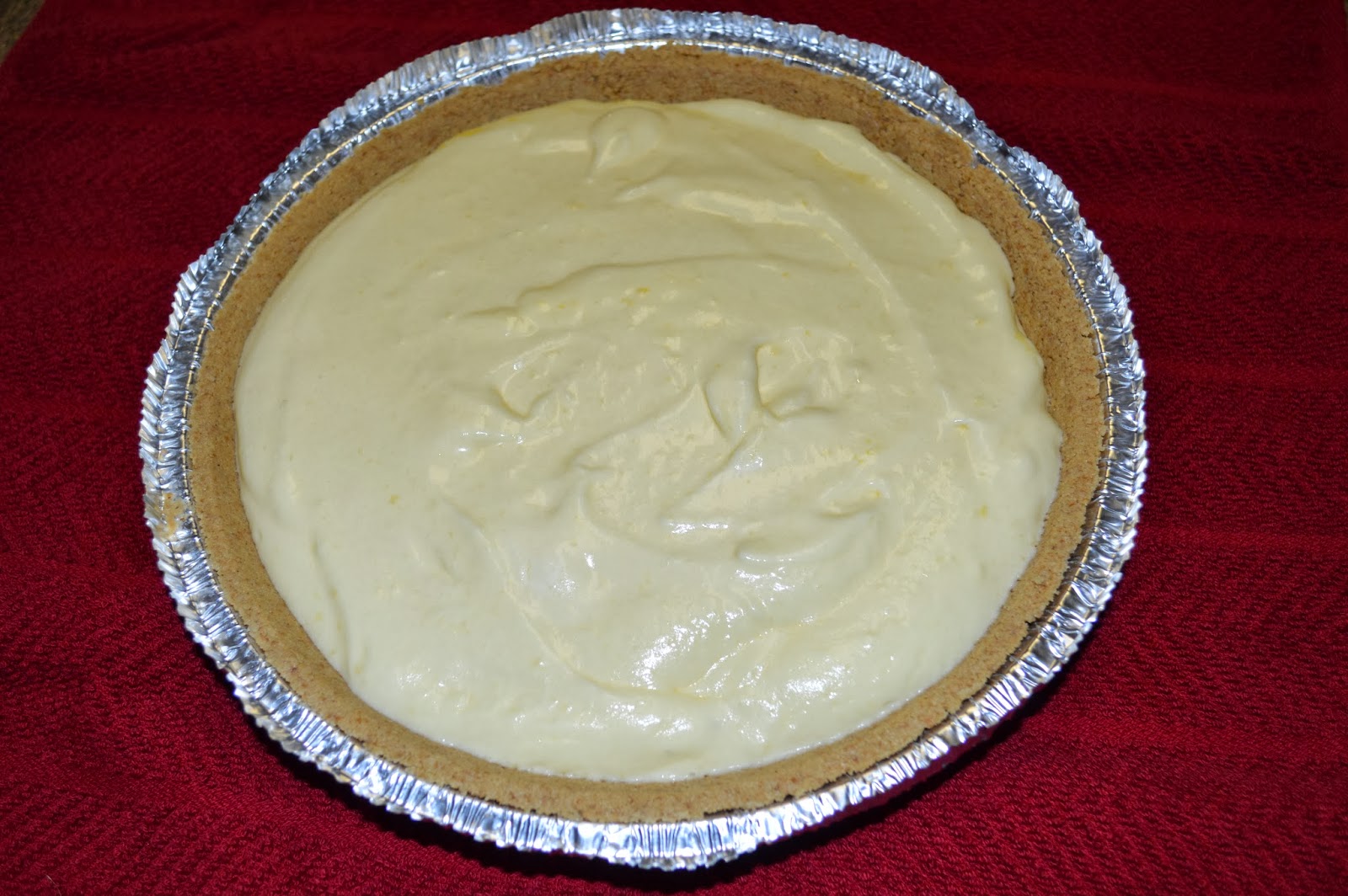 So, some of you may be wondering if I give this pie to kids.  I do.  Before you call DCFS, let me walk you through the thought process: 2 tablespoons of liquor total in the pie...it's a very rich pie, so I never cut it into less than 8 pieces, more like 12 if I can, but we'll go with 8...so each serving has less than a teaspoon of liquor in it...probably less than many medicines that most people give their children.  It might not be a decision that everyone would make, but I'm comfortable with it.

Another thing people freak out with is the egg not being thoroughly cooked.  This is actually a pretty common method for many cream-type desserts, including some ice creams, puddings, zabaglione...as long as you trust your eggs, you should have no problems.

So, let loose on your hesitations and give this one a try!  Let me know what cool flavors you come up with!
Posted by Krasimom at 3:46 PM