Soup or Salad? Why Not Both?

If you read my CSA post for this week, you know that I said I had a TON of lettuce in our share.  I may have been exaggerating.  It was not an actual ton of lettuce.  That would have been crazy.  But it was a huge amount of lettuce.  Just over a pound of lettuce leaves.  Which may not sound like a lot, but after serving salad to my family of 5 twice and still having more than half the bag left, I realized that a pound is quite a bit of lettuce.

So, what to do with an excess of lettuce?  It doesn't keep forever, and it doesn't freeze well.  But, surprisingly, it does make a delicious soup. 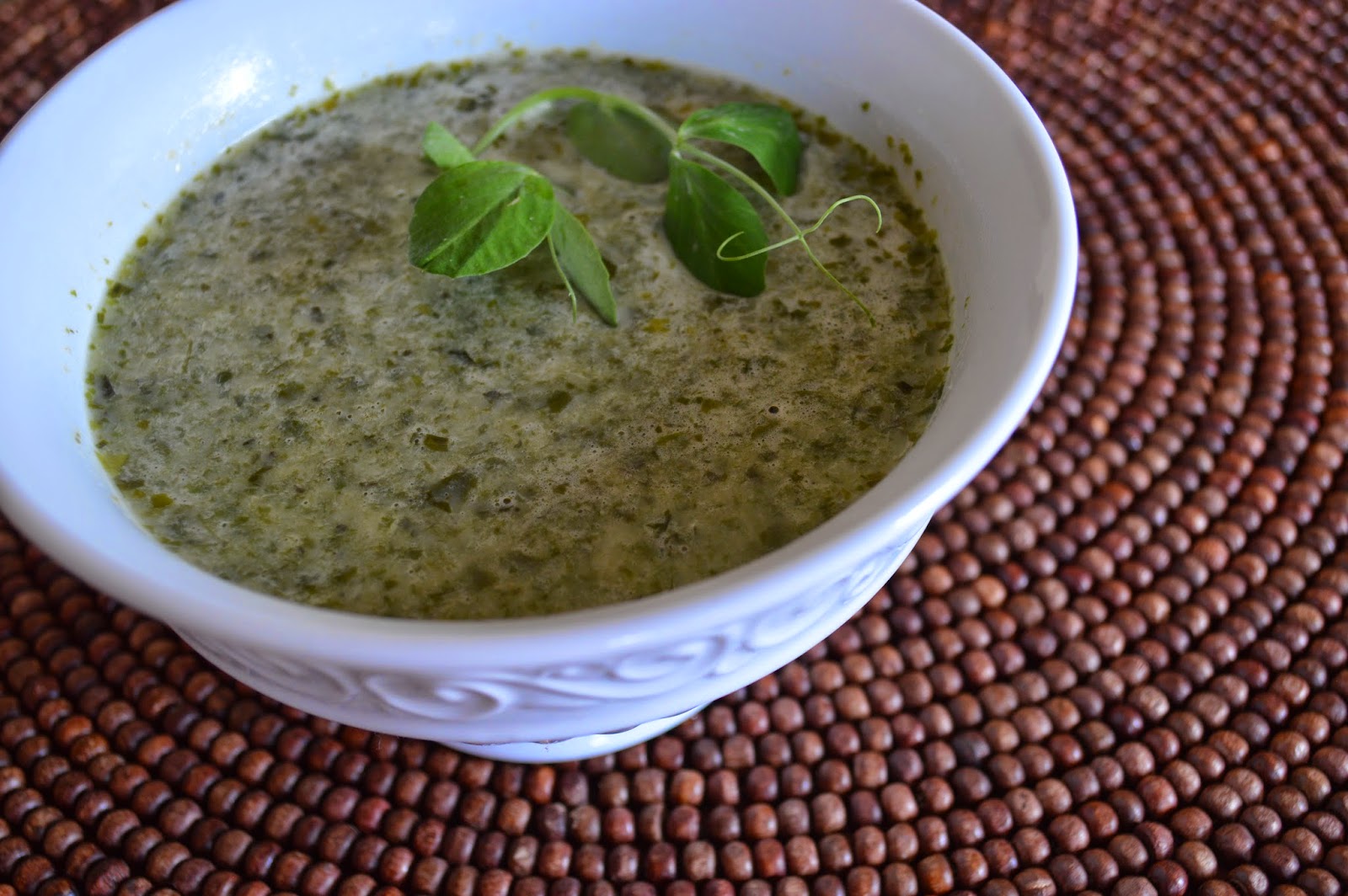 This recipe is based on a recipe that Emeril Lagasse has in his Farm to Fork cookbook, a great resource for using local, seasonal items to make delicious dishes.  I really didn't change this one much from the original, just small tweaks here and there.  Plus, you know me...I'm not huge on measuring, so a lot of it was splash and dash.

So, heat up some butter in a large pot.  Then chop up an onion, and mince a couple of cloves of garlic and toss it in.  Saute those until they are softened. 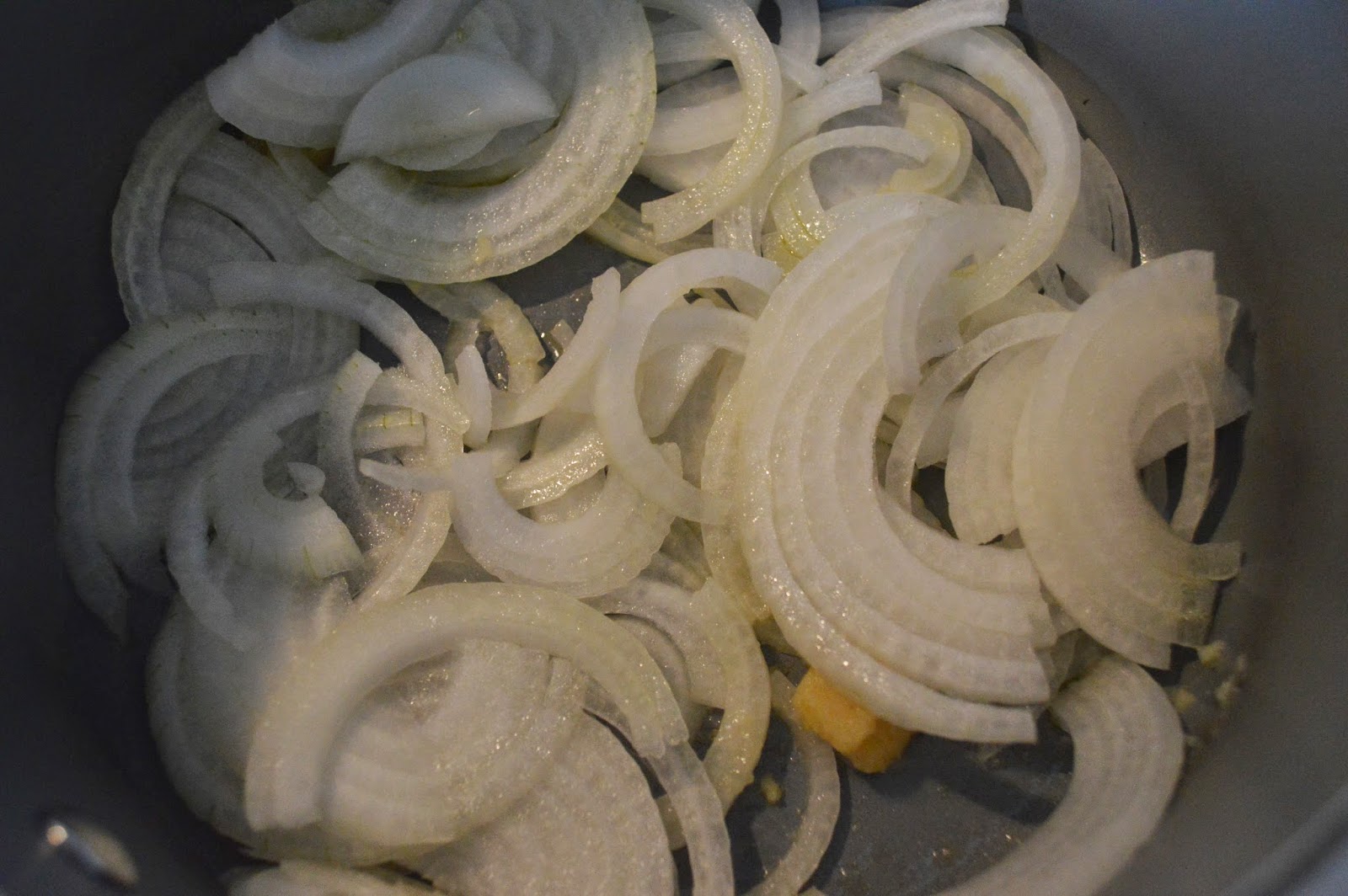 While that's going, run out to your garden (or to your fridge, if you got herbs at the store) and yank some mint, chives, parsley, and tarragon.  Give them a chop through. 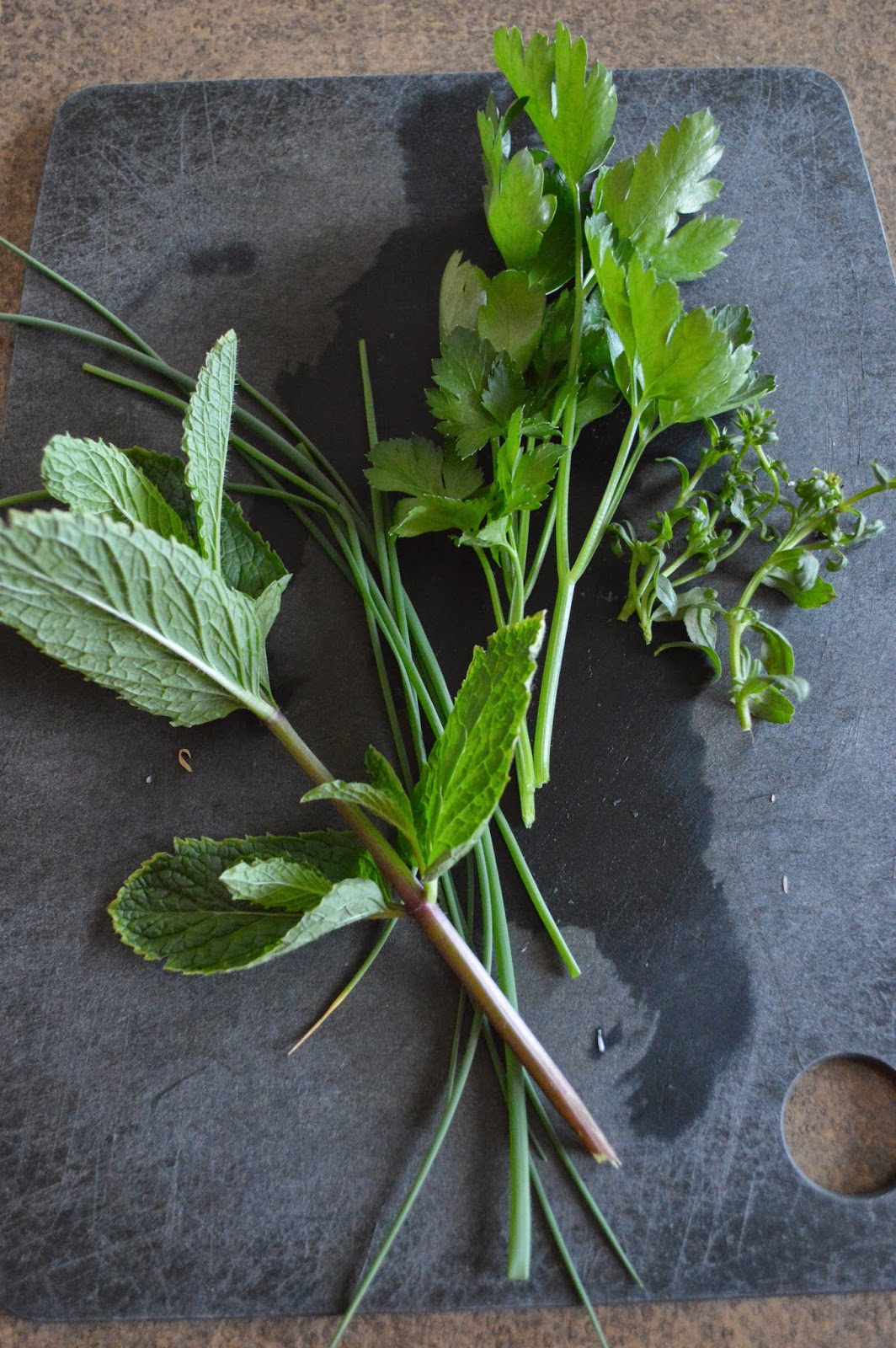 Chop up a bunch of lettuce leaves.  Emeril calls for 2 heads of Boston lettuce, but I used what I had: the gorgeous mix of lettuces from the CSA. 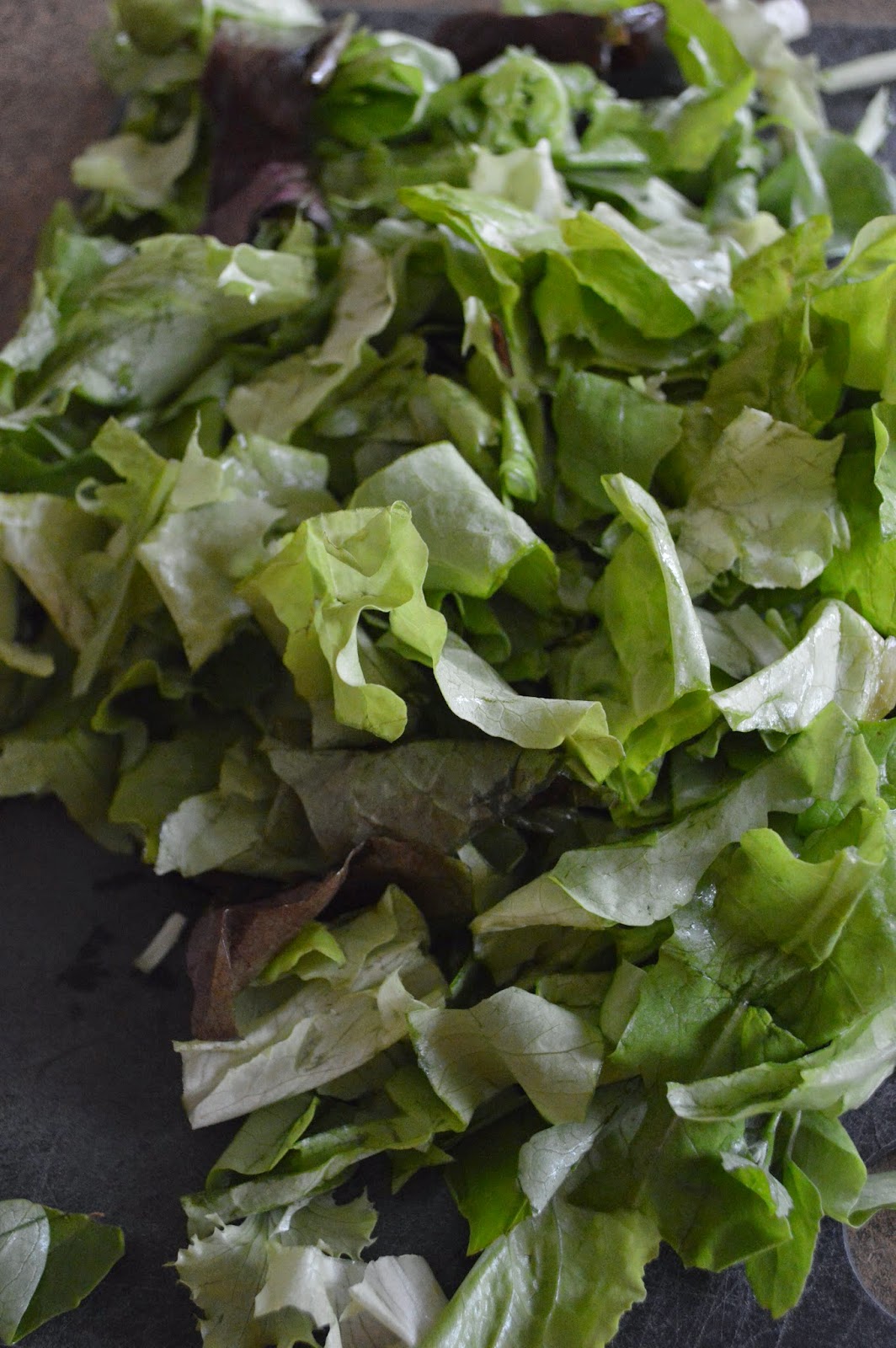 Toss all that green goodness into the pot and let it cook down until it's all wilted. 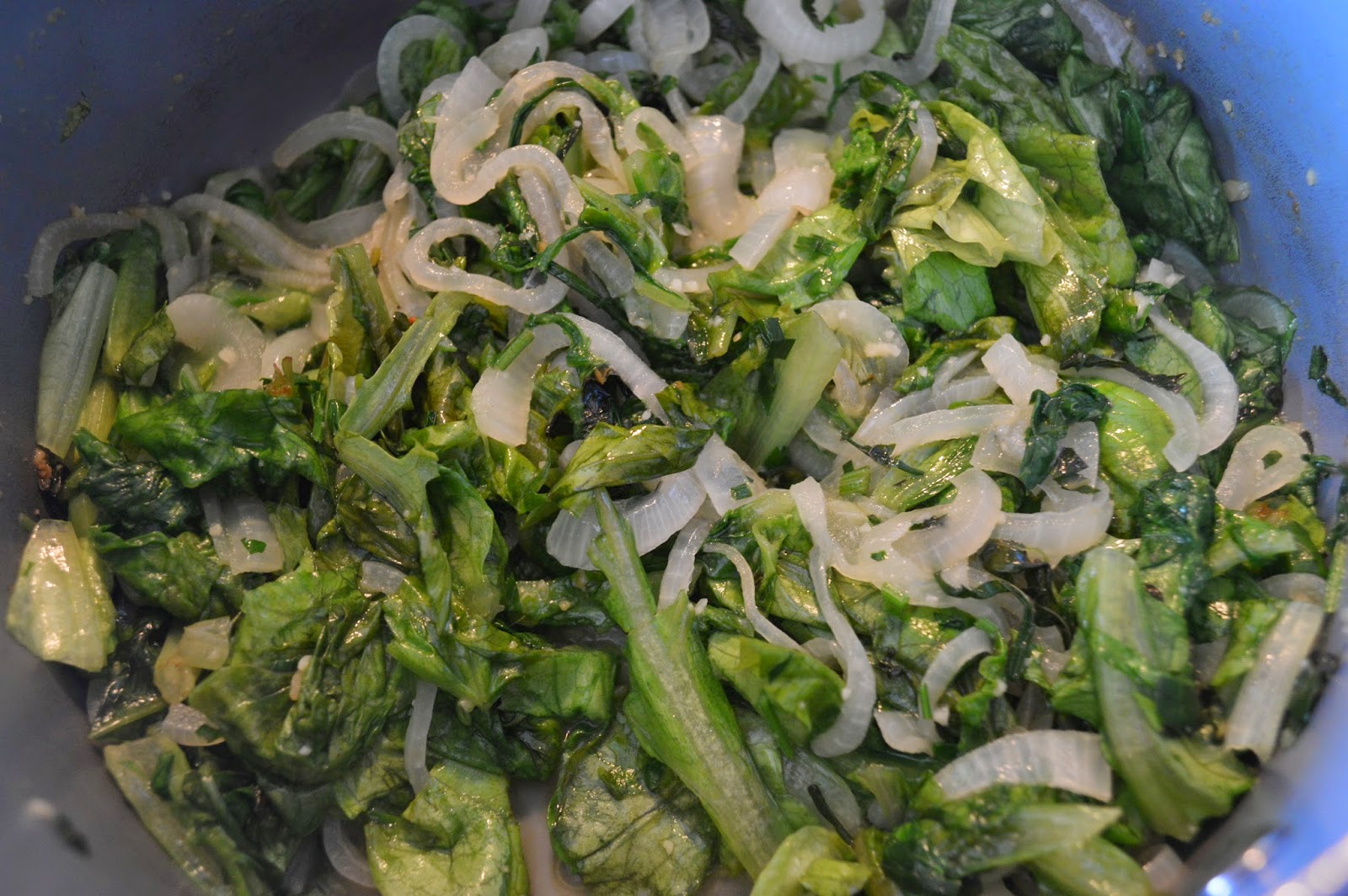 Add a quart of chicken stock and bring it to a boil, then simmer for 20 minutes.

Then add a half cup of cream and salt and pepper to your taste and simmer it for another 5 minutes. 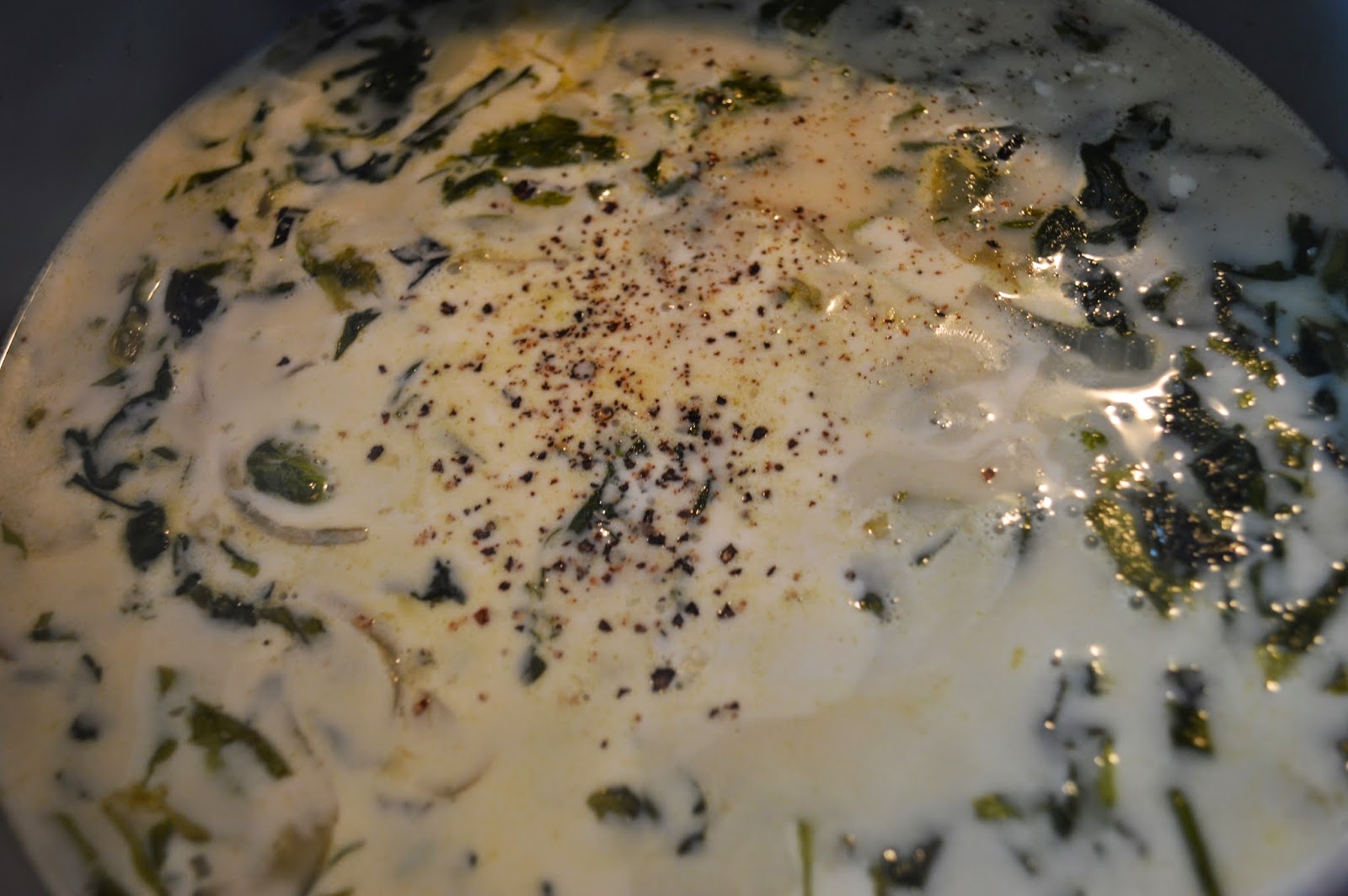 Let the soup cool slightly and then blend it up.  You can do it in batches in a blender, carefully, or you can use an immersion blender like I usually do.

Serve it warm.  It's great with a crouton or two floating on top.  If I'm feeling extra indulgent, I melt an extra pat of butter on top.  Sour Cream would probably be nice too.  If you want a heartier soup for a meal, I imagine that a nice Italian sausage browned up and added in would be a great flavor with this soup. 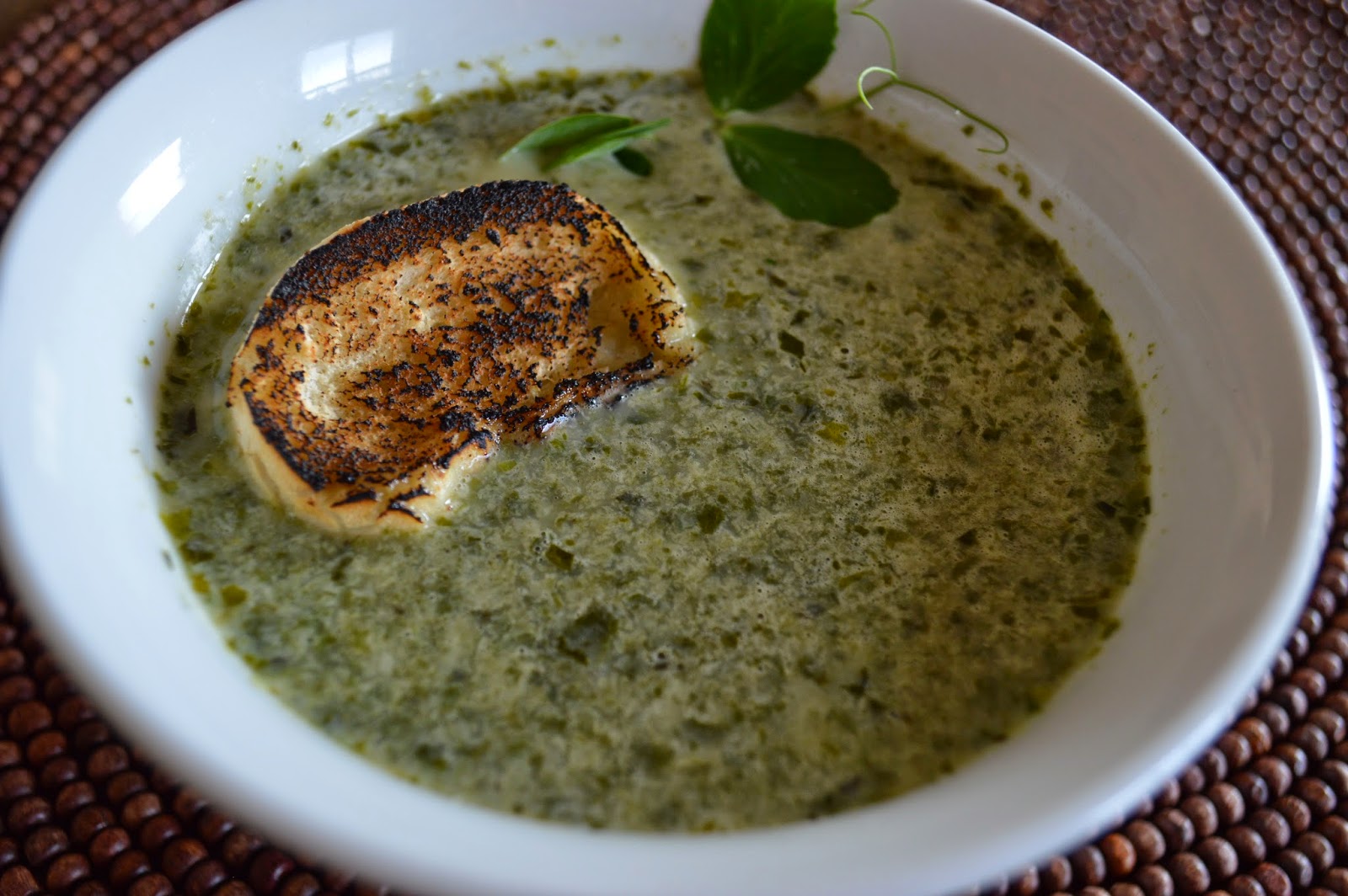 I know, I know.  It's hard to wrap your head around lettuce soup.  But it's really a nice little soup! It's surprising, and I love how the dynamics of the herbs play with the simplicity of the lettuce.  You can back off on the cream if you want, but it really brings a nice foil to the greenness of the flavor.    It's fresh, and delicate, and velvety...it's the kind of soup that I imagine would be served at a snooty garden party, or maybe a posh wedding.  But yet, it's straightforward enough to work as a simple lunch or a starter for a family dinner.  Lettuce.  Soup.  You can have your salad, and eat it as soup!  And let's face it...most days, I'd rather have a rich, creamy soup.

Oh, and P.S.: The soup freezes very well, so you can have this fresh soup, full of fresh garden flavor, on a cold, rainy October day as well.  Or a on blizzarding January afternoon.  Let it bring you back to when you made it, with the scent of fresh cut grass and the warmth of the sun on your skin.