And sometimes, fate does its work in unusual places, like, say, at Binny's Beverage Depot.

Maybe I should explain.  Give a little background.  You see, the hubs and I have had a lot of fun visiting local distilleries, but obviously, we can't buy everything at every distillery.  Sometimes there are gems that we leave there for another visit.  And sometimes, the flavors of some of those spirits left behind stick in my head.  Haunt me, if you will, in a good way.  This is the story of one of those.

One of the distilleries that we have recently visited is Journeyman Distillery in Three Oaks, Michigan.  They make some fantastic whiskeys, gins, rums, and other spirits.  We walked out with a bottle of their Ravenswood Rye Whiskey, which my husband really enjoyed.  But the drink that stuck in my head was their Humdinger Jalapeno Spirit.  It had really surprised me!  I'm usually pretty sensitive to spicy, and tend to prefer things on the mild side, which jalapeno is usually not.  The Humdinger had all the clean, fresh flavor of a jalapeno, but somehow avoided the burn that I usually dread.  It sounds cheesy, but after that day, I continued to play back the flavor in my head, imagining the possibilities.

Then I walked into my local Binny's, and everything fell into place.  I was chatting with one of the men working there about small batch distilleries, and I mentioned Journeyman as one that we really enjoyed.  Suddenly his eyes lit up, and he excitedly told me that they had just started carrying their...you guessed it...Humdinger Jalapeno Spirit.  The spirit that took its title too seriously and was haunting me.  It had to be a sign, right?  So I didn't ignore it.  This time, that spicy little bottle came home with me.

The hubs had to tease me about it, asking me if it was for all the Bloody Marys I usually drink...which is pretty much none.  But he could laugh all he wanted.  I had big plans. 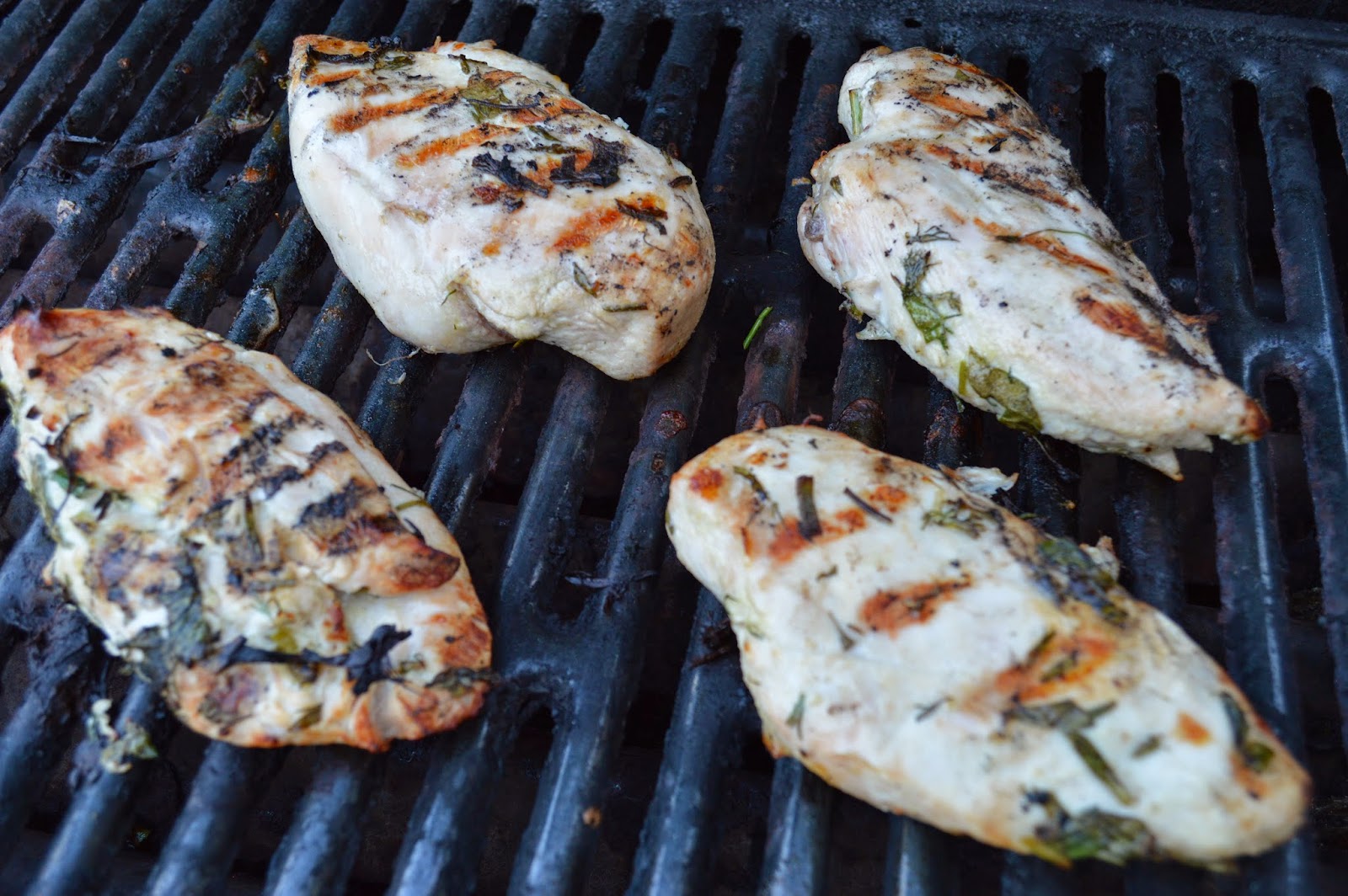 Grab a bunch of fresh herbs form your garden or the market.  I used some sorrel for its tartness, parsley for its fresh green flavor, winter savory for a deeper note, and rosemary for its assertive tones. 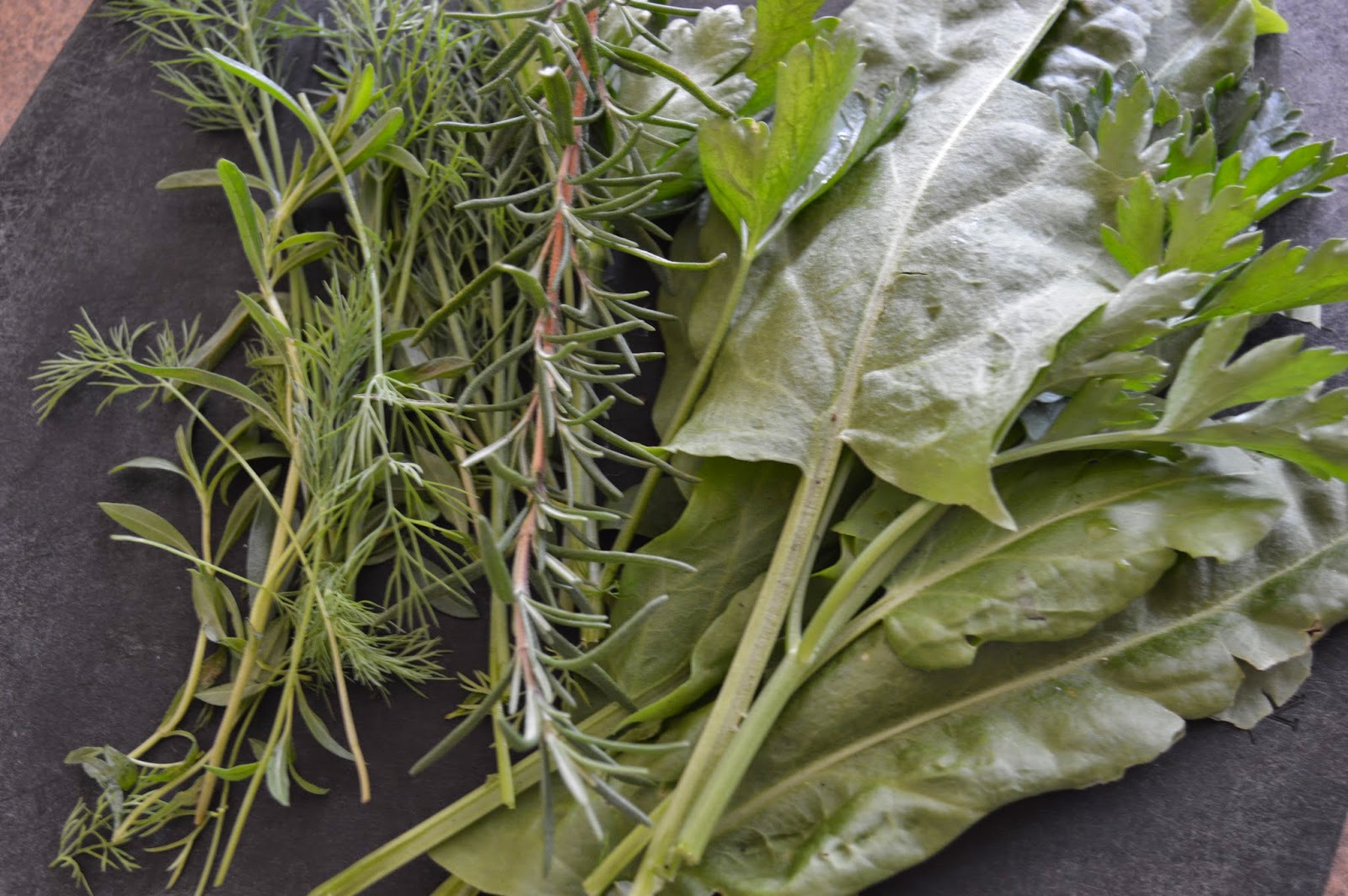 Give it all a good chop, then throw it in a large zip-top bag.  You can also marinade in a dish, but I've found that bags are easier to keep the meat coated with the marinade without wasting a ton of sauce.

Add in a quarter cup or so of Humdinger (or your favorite peppery spirit), a half cup of olive oil, and the juice of one fresh lemon.  Lime would also work well.

Toss in a bit of salt and pepper, seal it, and give it all a good shake. 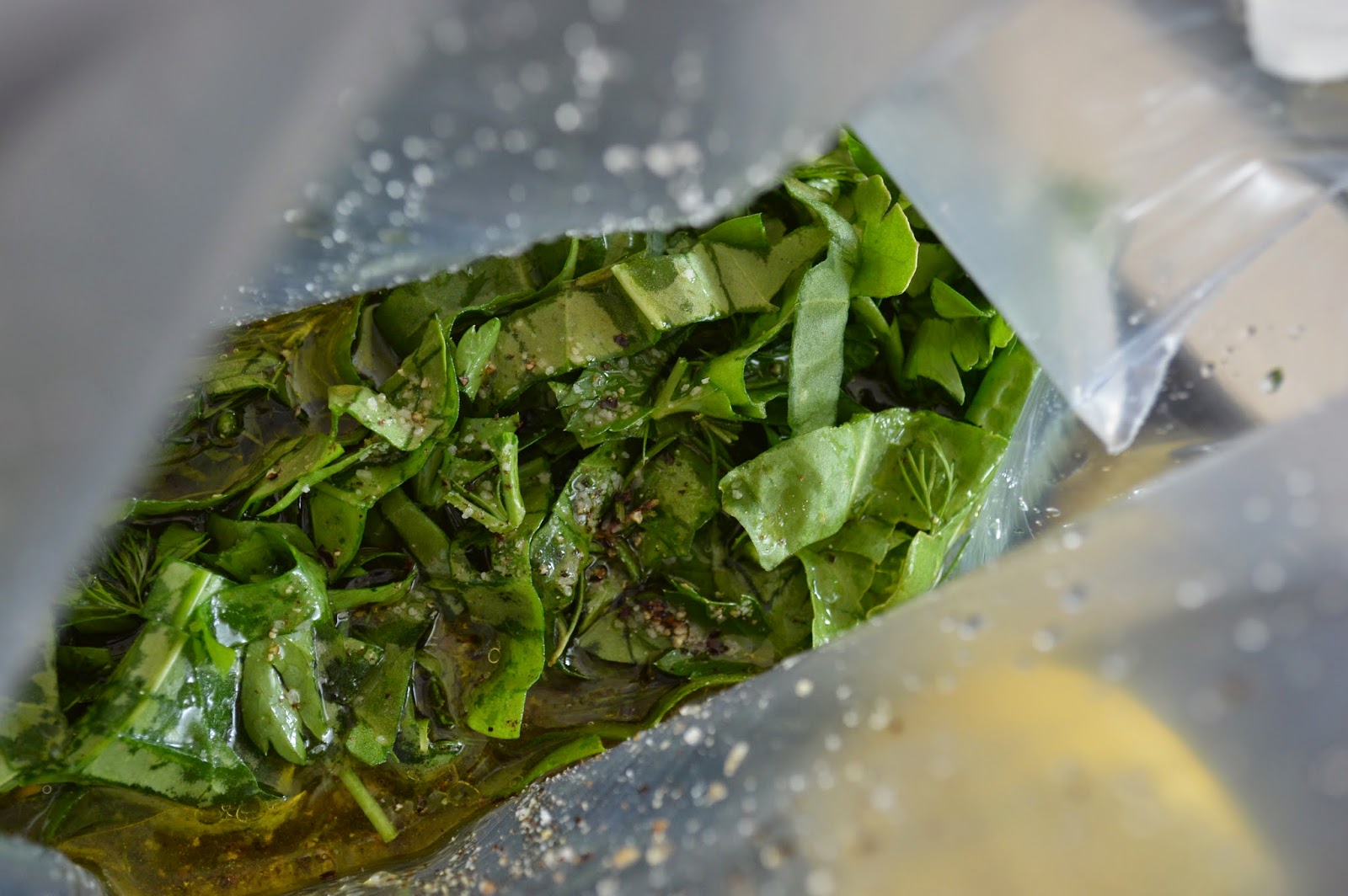 Next, take some boneless chicken breasts and add them to the bag.  Seal and shake to combine, then unseal it slightly to let all the air out, and then reseal.  Let it marinade in the fridge for at least an hour or two, up to overnight. 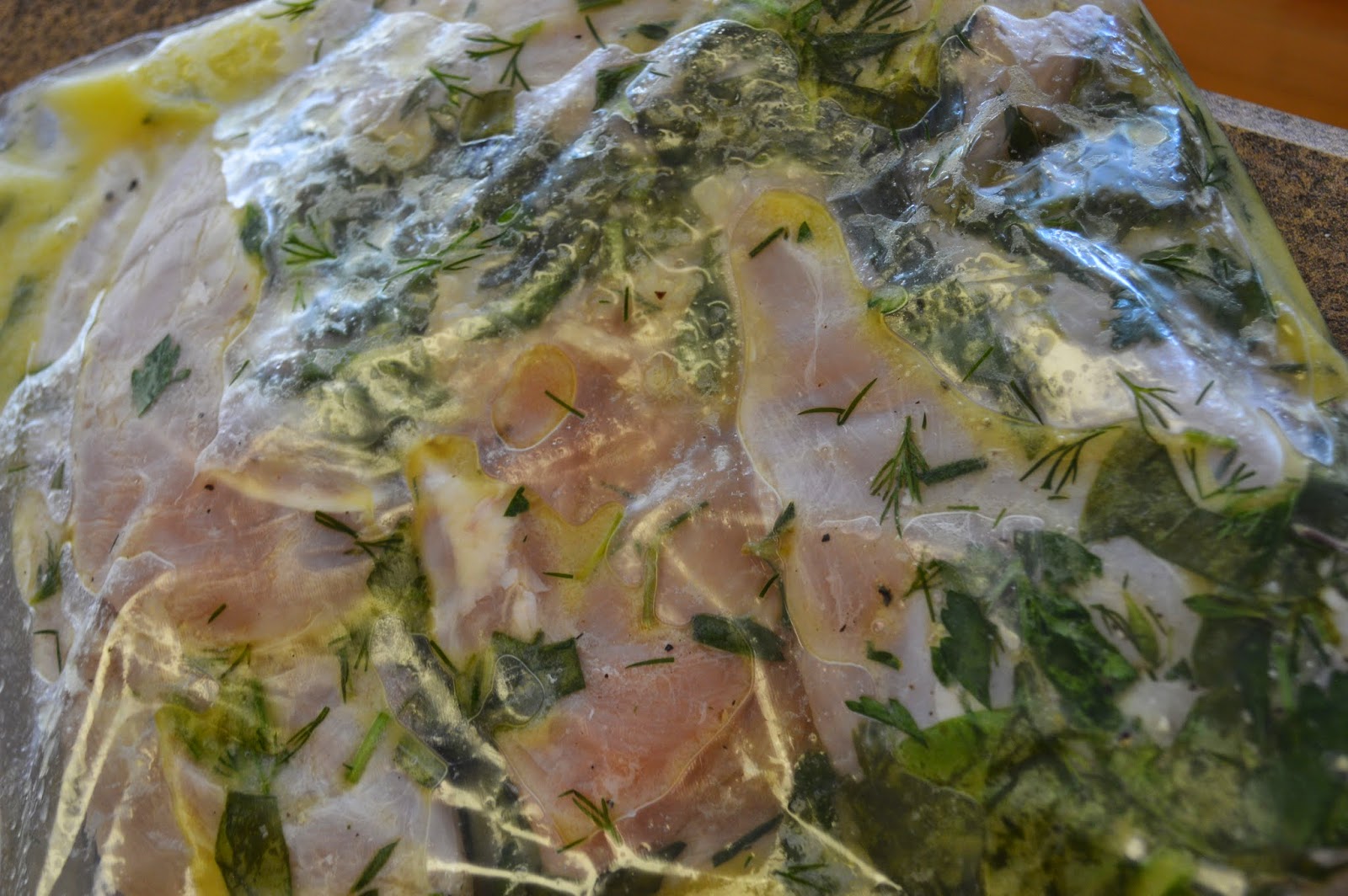 When you're ready, heat your grill.  Remove the chicken from the fridge to take the chill off while the grill heats.  Then place the chicken breasts on the grill and discard the marinade.  You can leave some of the herbs sitting on the chicken or scrape them off, up to you. 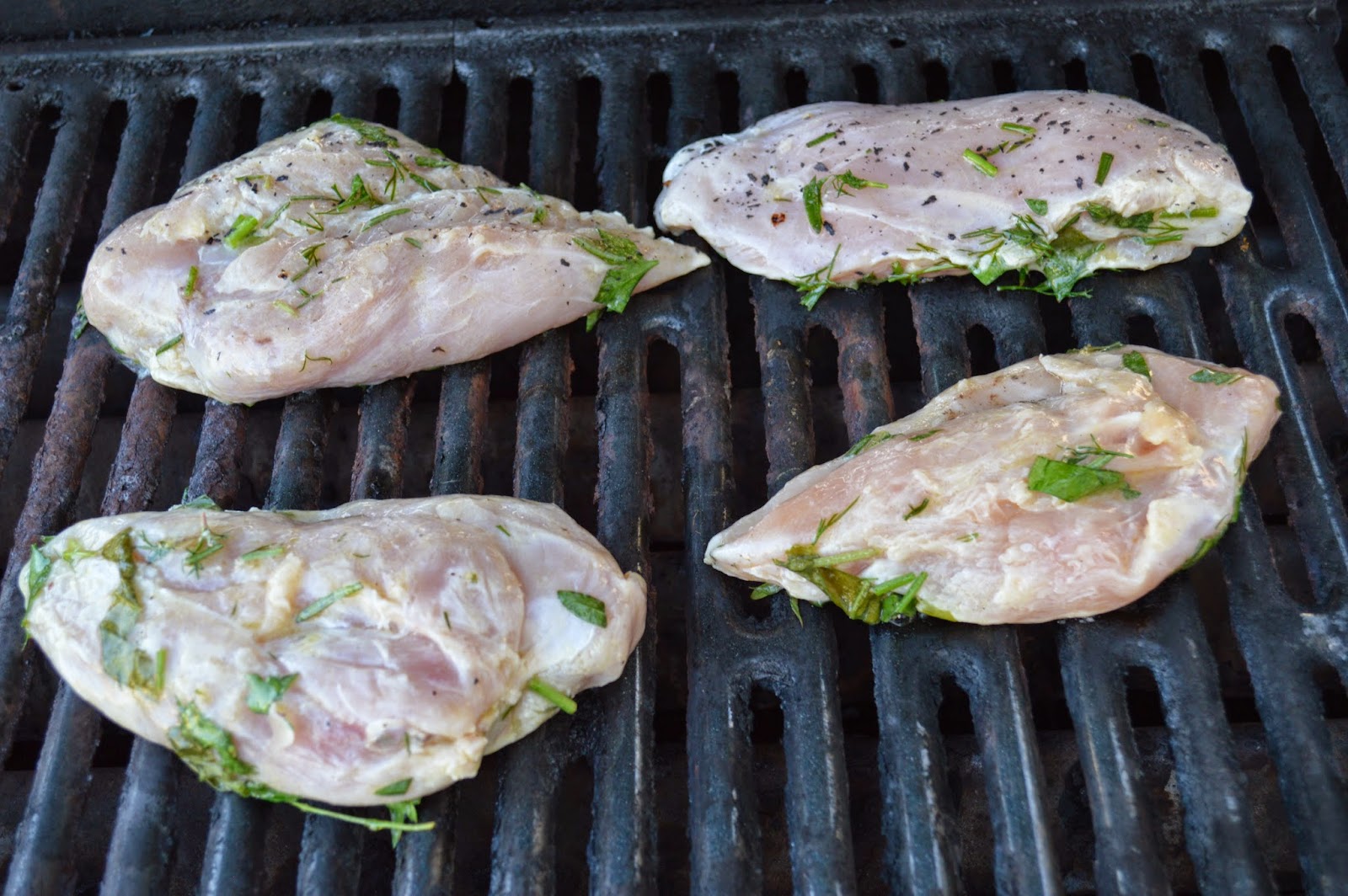 Cook until cooked through, about 8 to 10 minutes on each side.

Remove from the heat and serve. 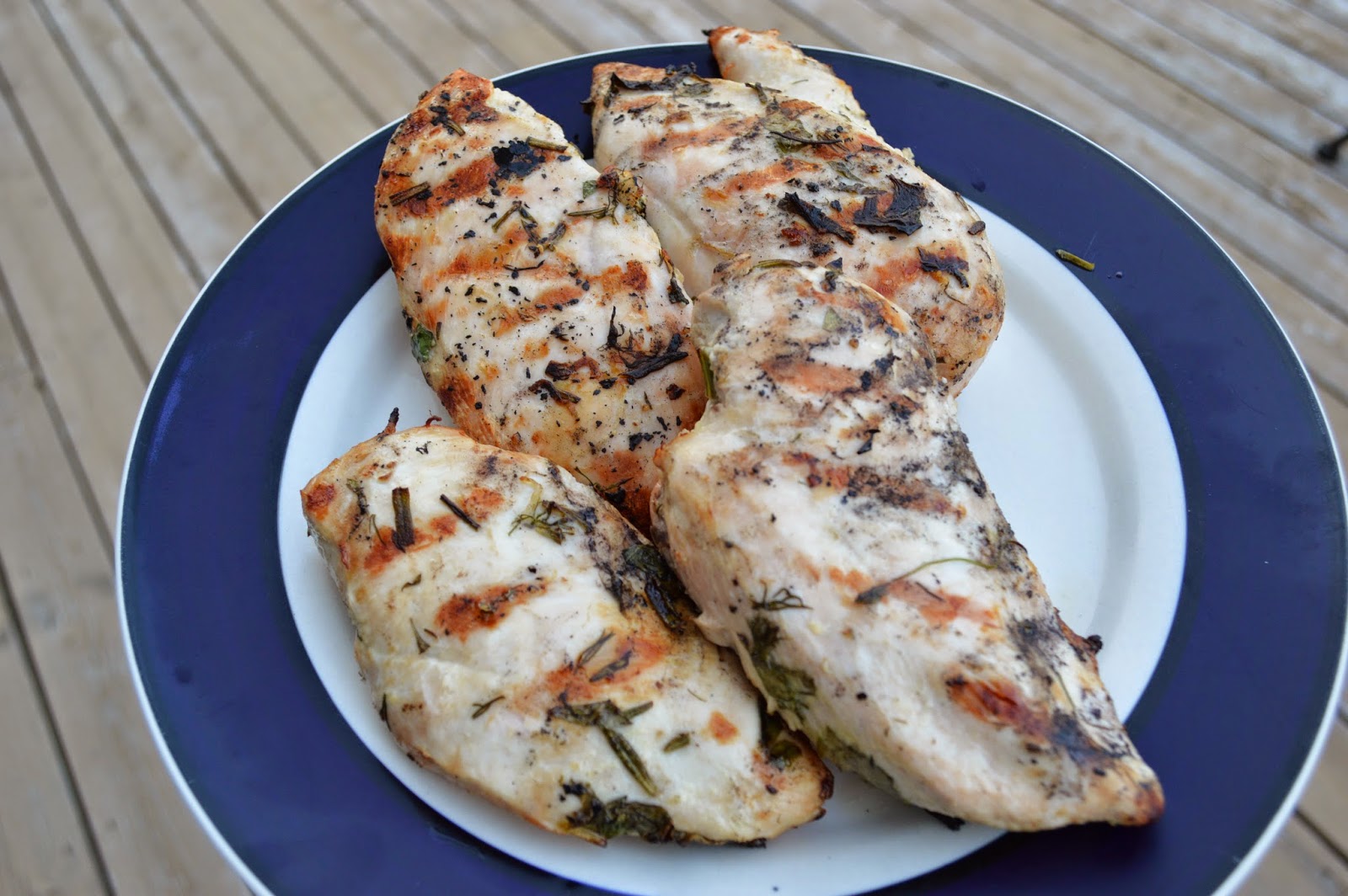 The alcohol and the lemon juice have done their work in the marinade to make the meat tender enough to melt in your mouth.  That great jalapeno flavor comes through, along with the brightness of the fresh herbs.  Your tastebuds will dance in delight.

Oh, and the best part?  My husband is teasing no more!  Well, until my next hare-brained scheme comes up, that is.  Right now, his mouth is too full of chicken to laugh at me.  ;)
Posted by Krasimom at 3:00 AM