You know that something is good when you see people's eyes sparkle when they first taste it.  Well, when my kids first tasted these Strawberry Rhubarb Blondies, not only did I see that sparkle, I also got tackled with hugs and praise.  Now if that isn't a seal of approval, I don't know what is! 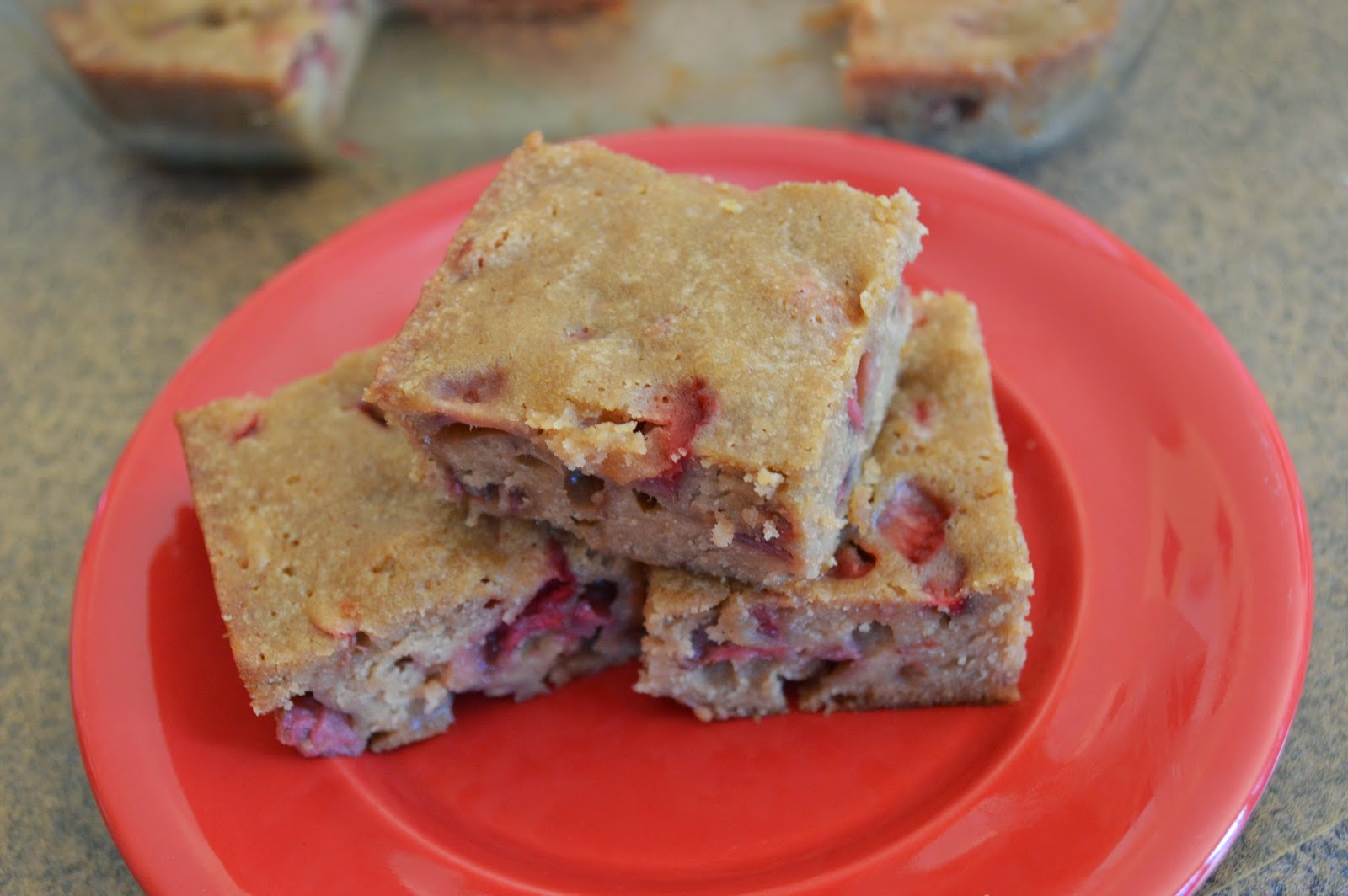 Blondies are some of the simplest treats to bake up, and adding the trusty duo of strawberry and rhubarb makes them just irresistible!

To start off, heat your oven to 350 degrees Fahrenheit.  Grease an 8 by 8 baking pan.

Chop up some rhubarb.  You want to end up with about a quarter to a half cup of chopped rhubarb.  Put that rhubarb in a small bowl and toss it with 2 teaspoons of dark brown sugar, then let it sit while you move on.

Melt a stick of butter (8 tablespoons).  Then stir in a cup of brown sugar until it looks smooth. 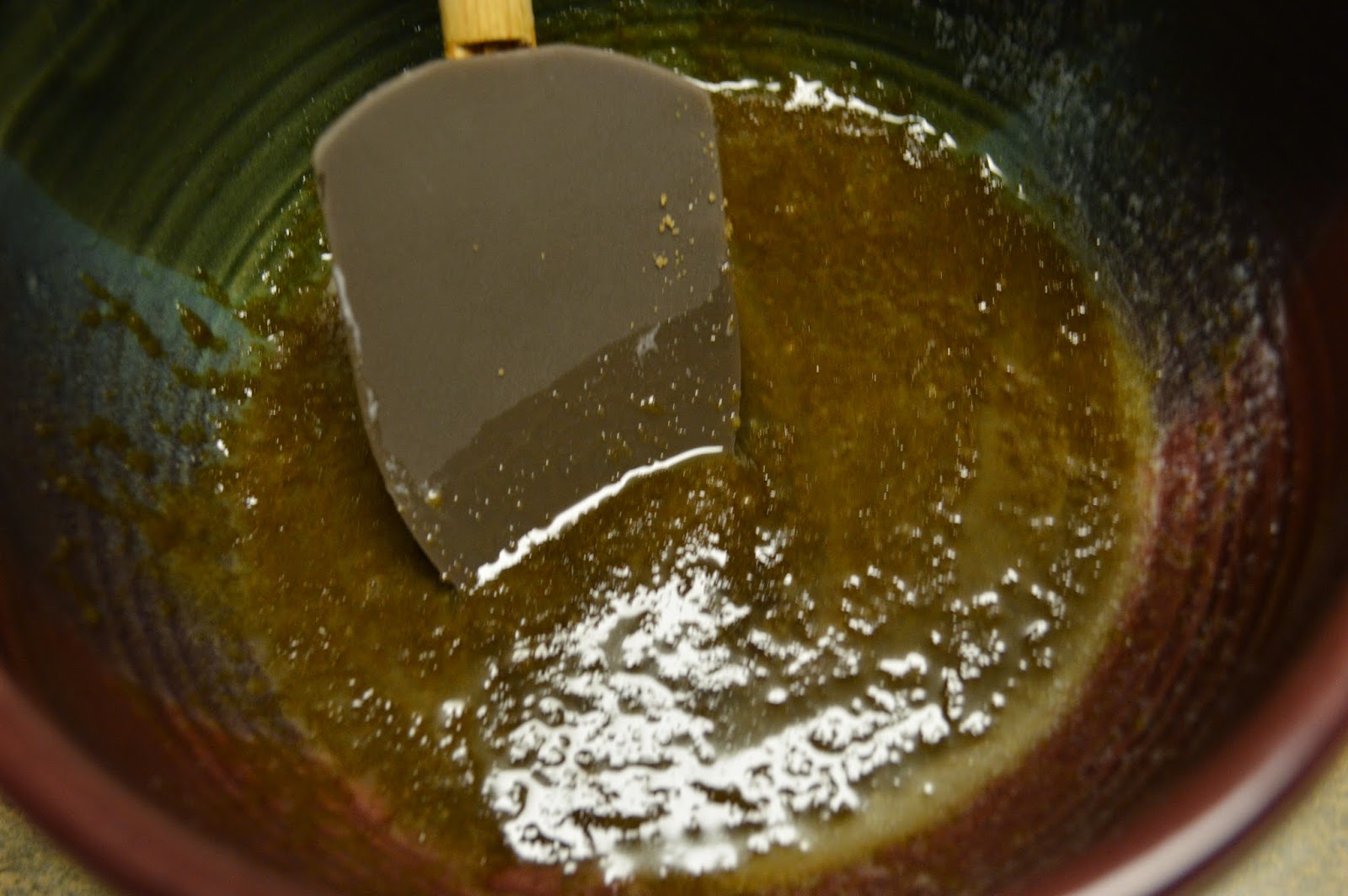 Stir in an egg. 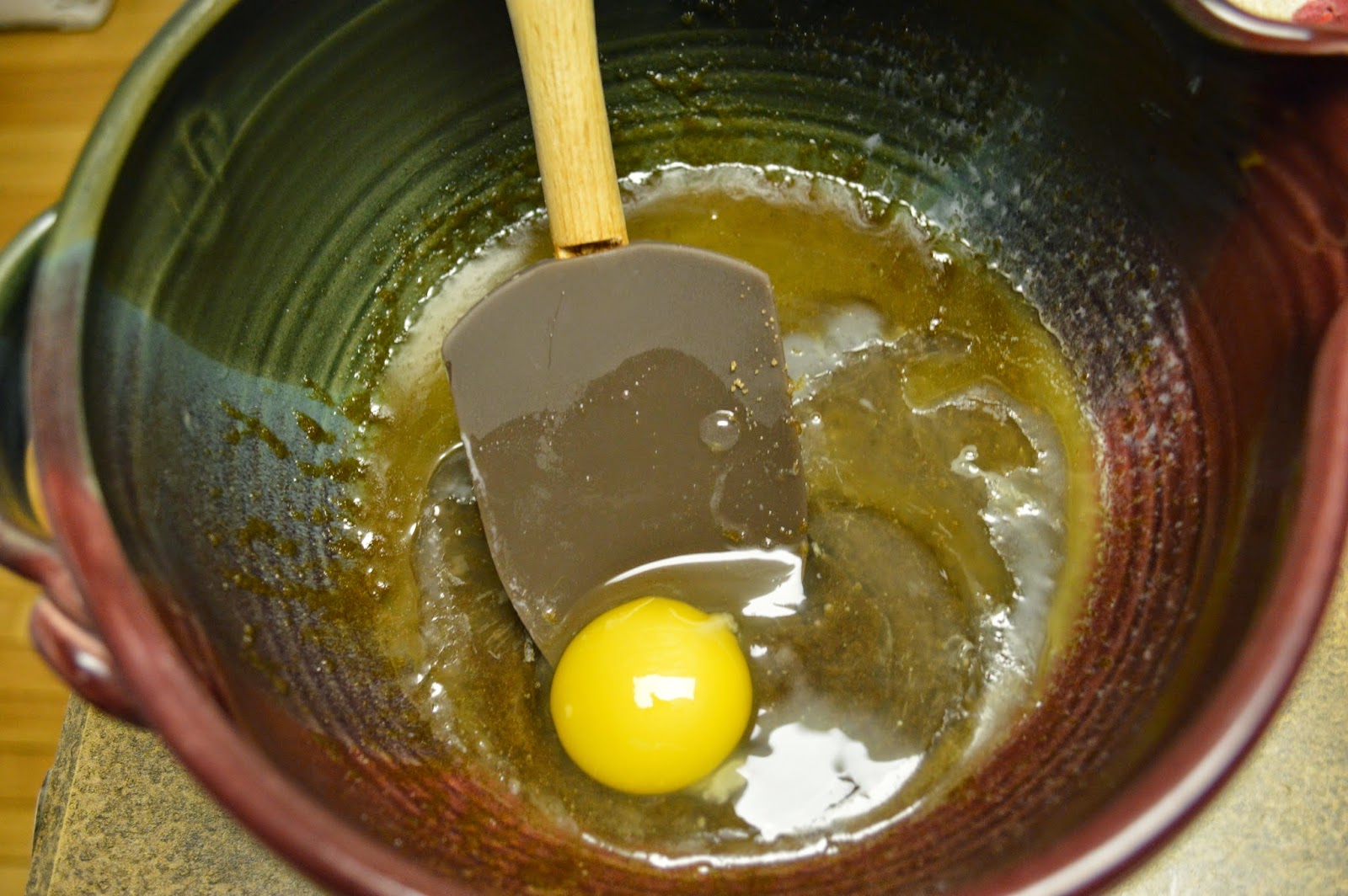 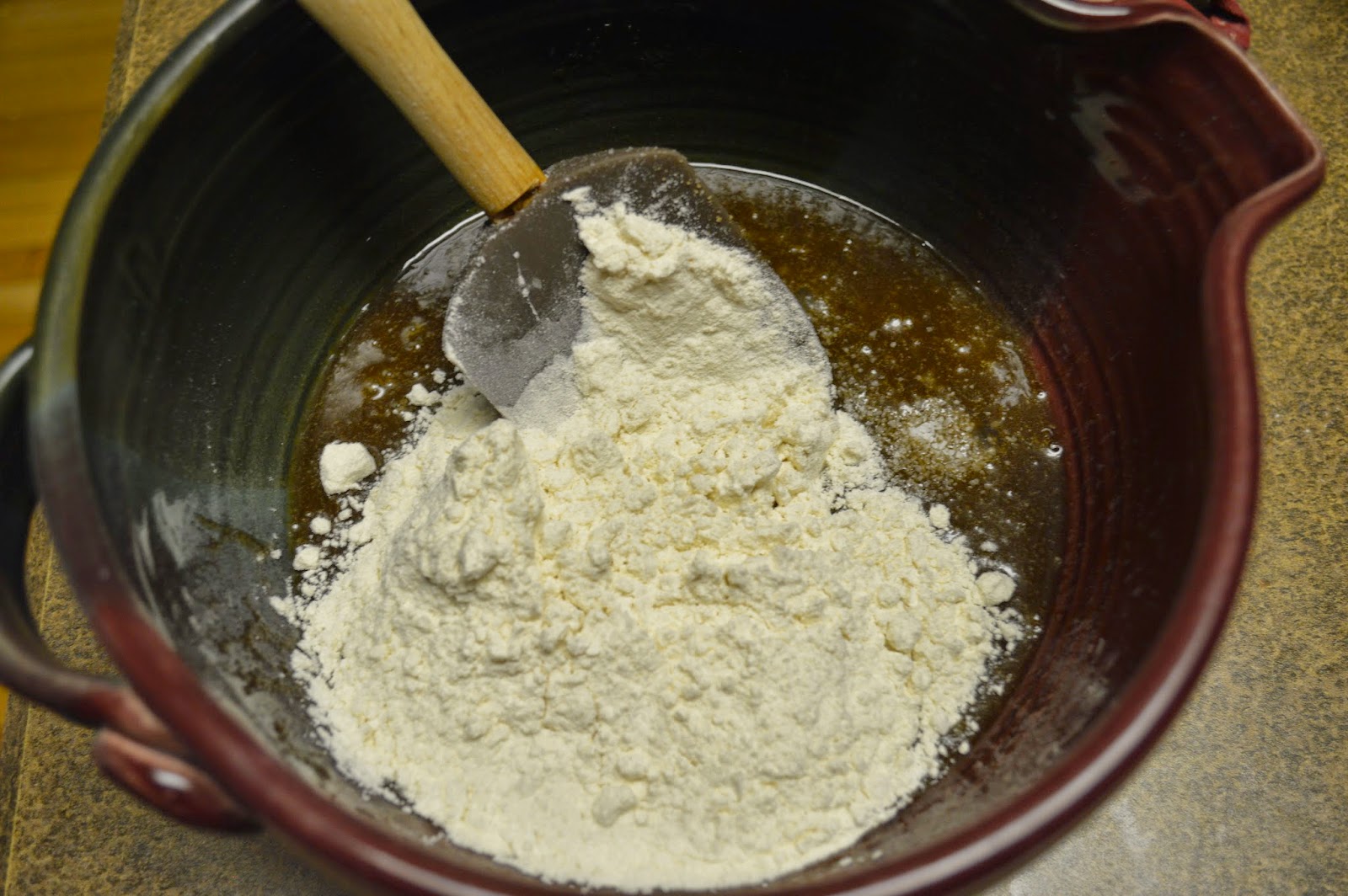 Chop up about a cup of strawberries. 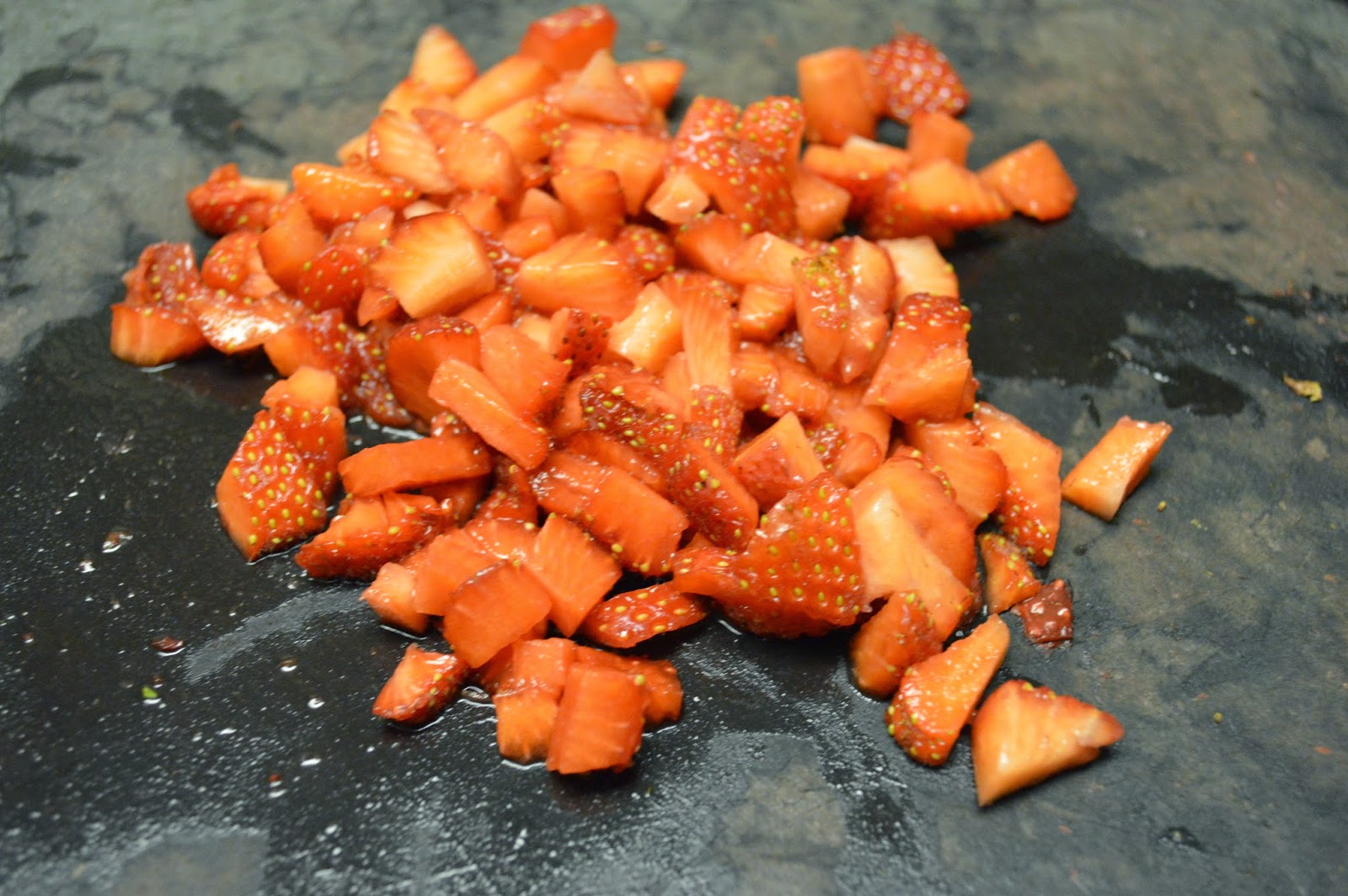 Mix your strawberries and the sugared rhubarb into the batter. 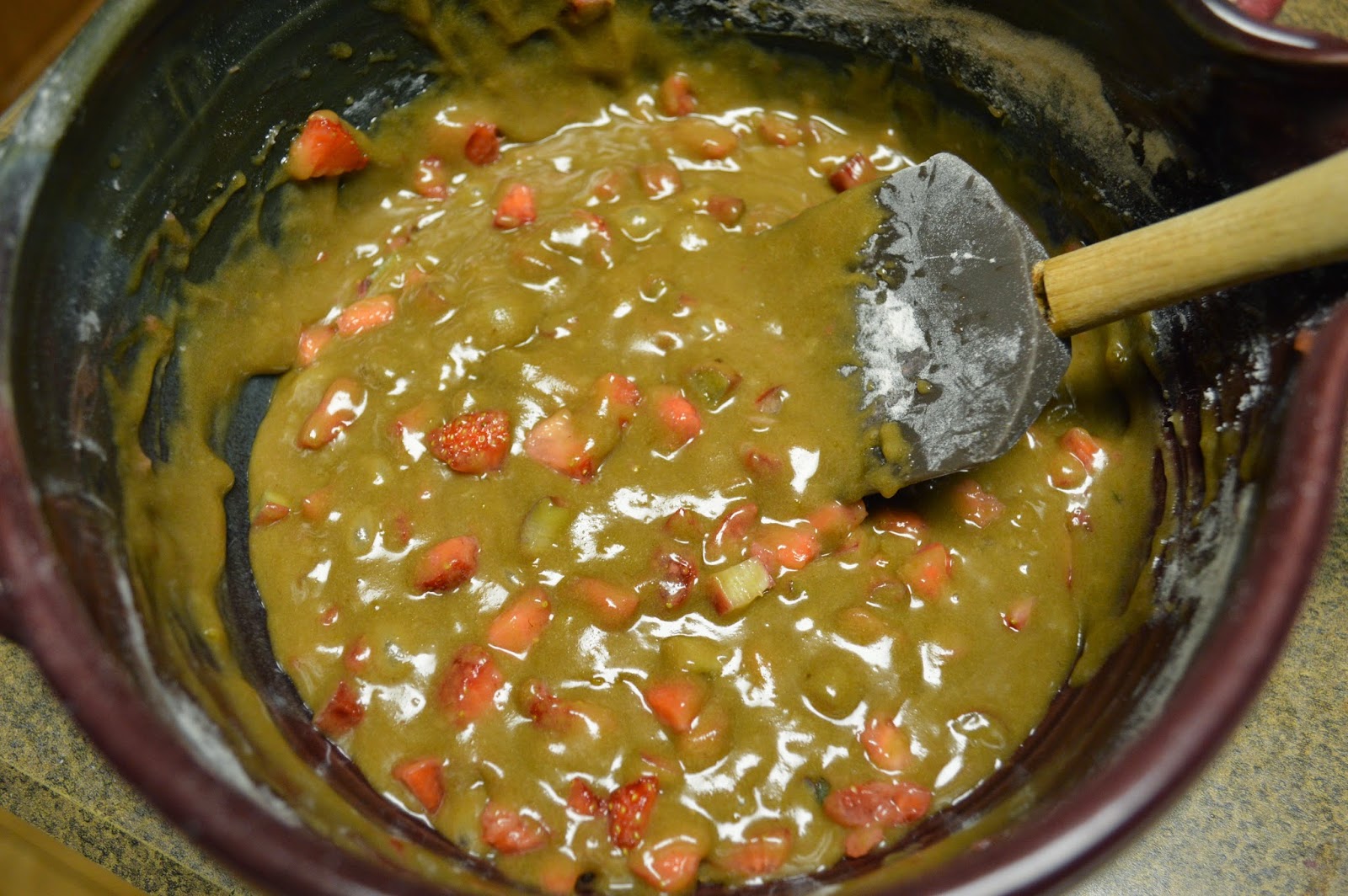 Pour the batter into the pan. 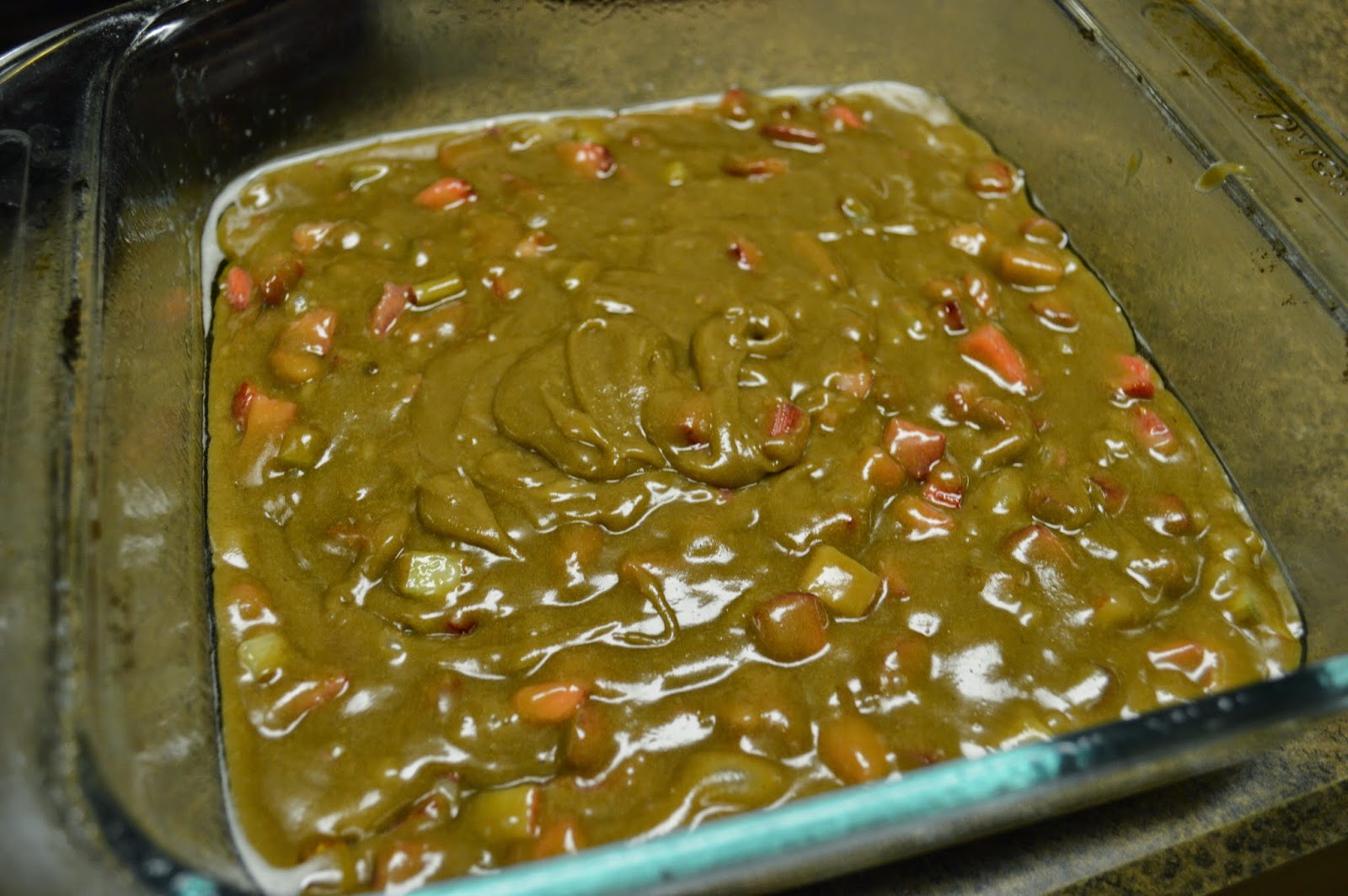 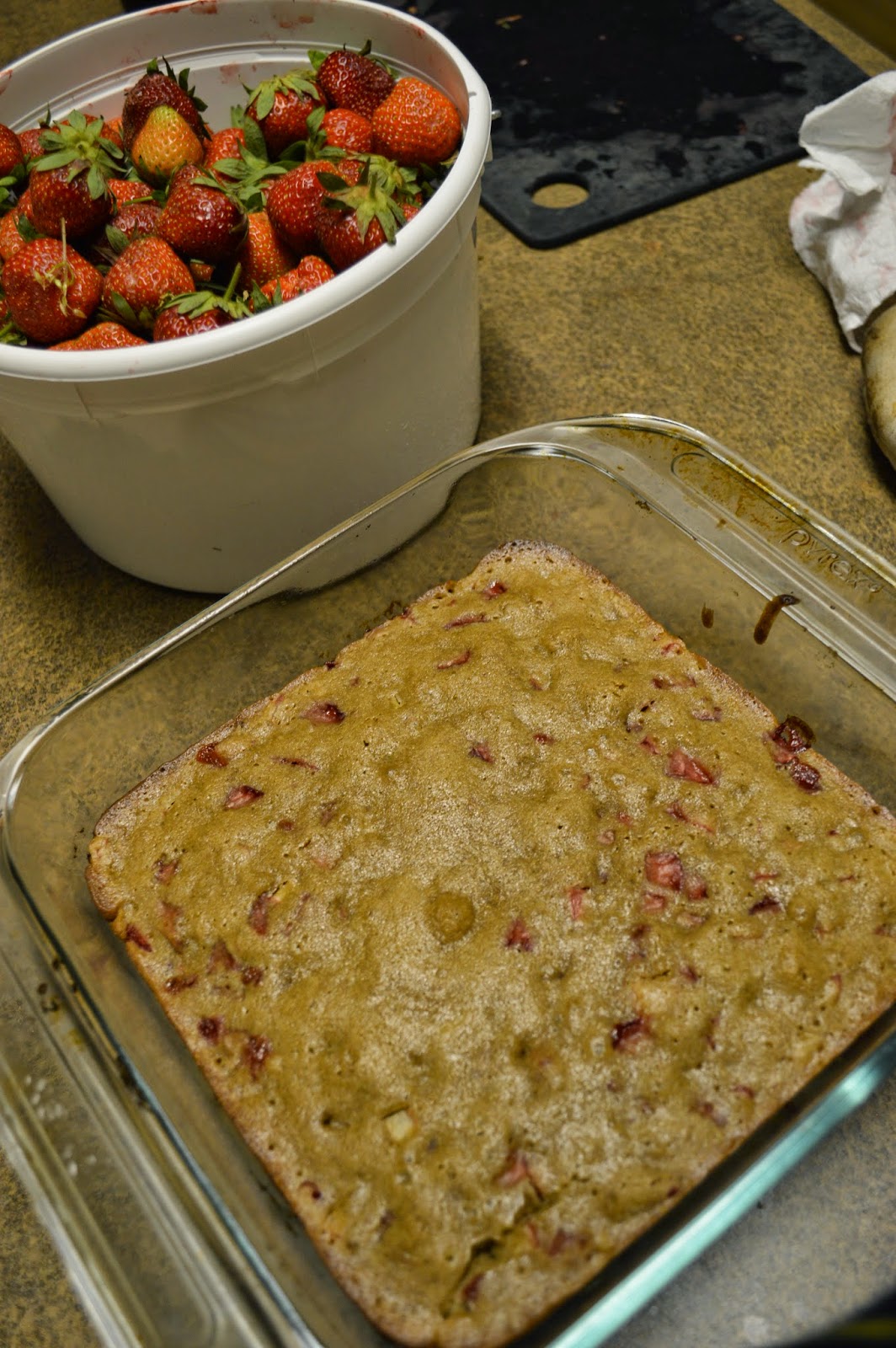 Cut your blondies into small squares...I did 16 for the 8 by 8 dish.  They are super rich and decadent, and while I'm not saying you won't eat 2 or three in a sitting, at least you'll feel less guilty about it if they're small. 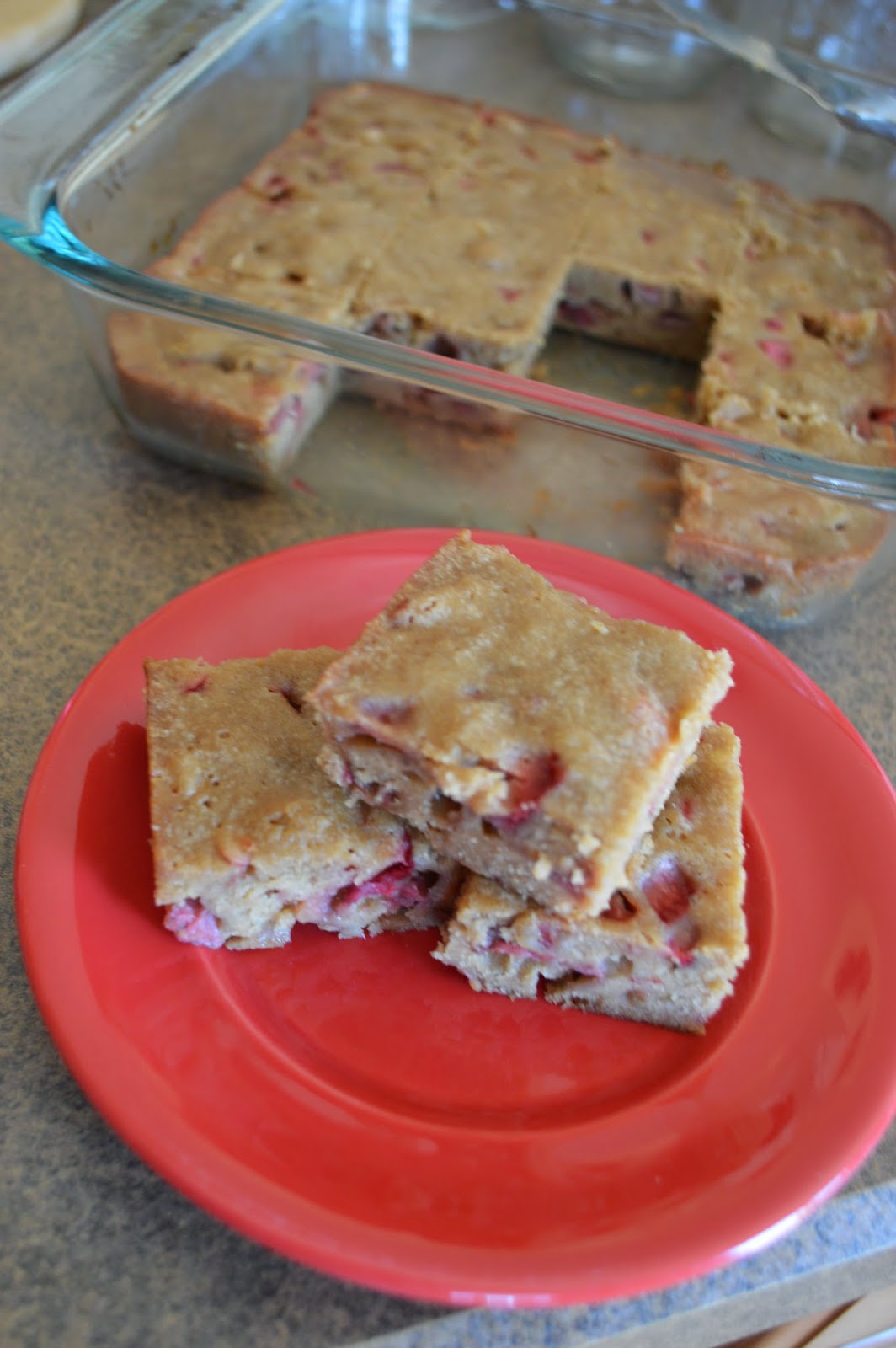