Some things are too good not to share.  But then again, some things are so good that you want to hoard them all to yourself, and hide in a closet eating a whole bowl of them without sharing with anyone else.  I'll let you decide where this one falls, but I will say this: Honey Poached Pineapple is a revelation. 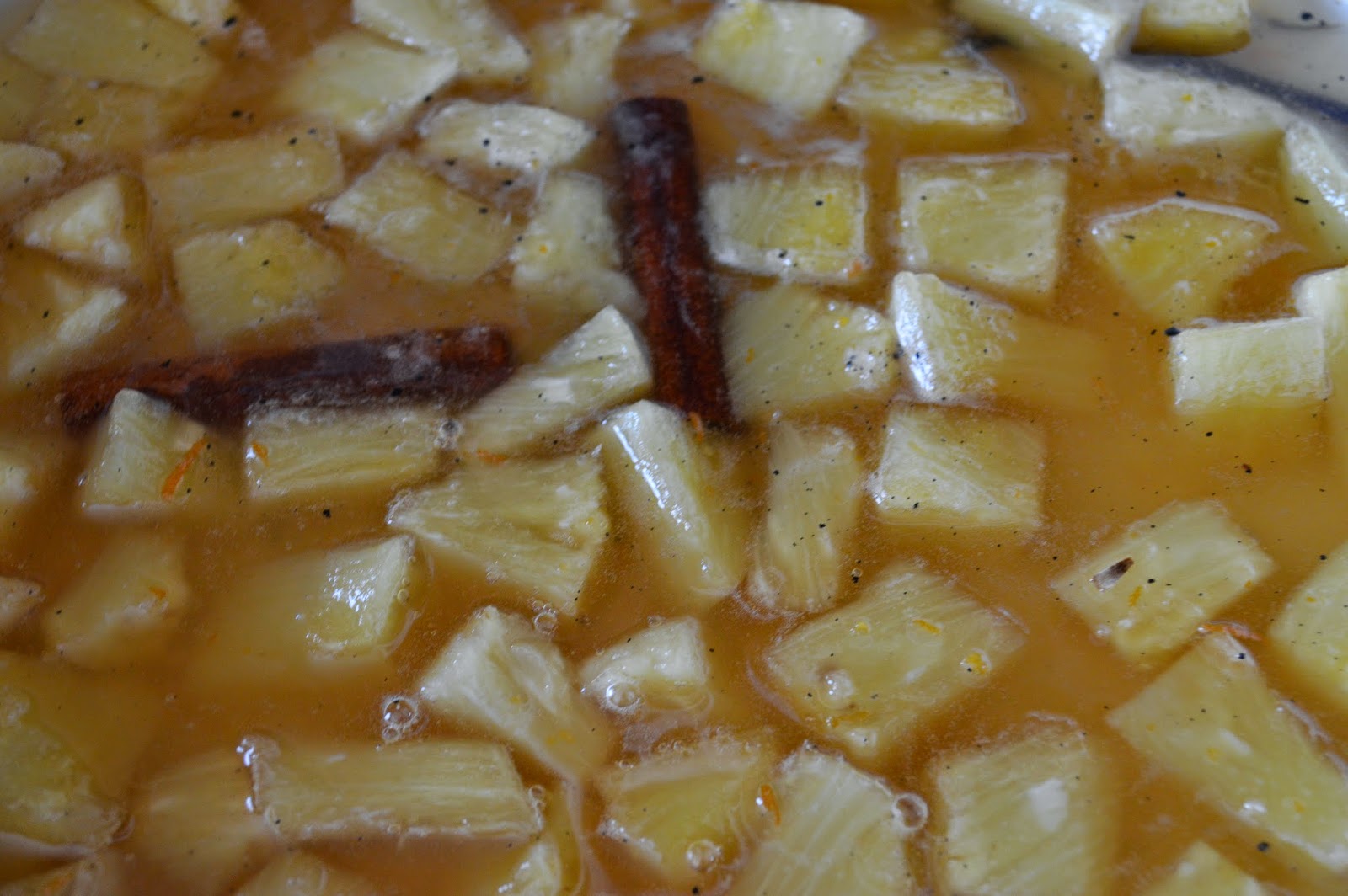 I feel extremely lucky to have a library that appears to appreciate good cookbooks, and I recently checked out Fresh Happy Tasty, an amazing cookbook by Jane Coxwell.  It's a great source for flavor-packed recipes and gorgeous food-porn type photos.  On first skim, there were at least a dozen recipes that I couldn't imagine not trying, but this one stuck in my head the hardest.  The honey poached pineapple recipe looked simple, but my foodie senses were tingling, especially when she mentioned serving it with fresh mint, because mint and pineapple are one of those flavor combinations that make me absolutely swoon with happiness.  So, I grabbed a fresh pineapple and gave it a go!

It doesn't take long, and I know that a lot of people will scoff at the idea of cooking a pineapple in any way, but I'm telling you right now, this stuff is magical.  It's sweet, but has such great depth of flavor.  Your tongue and your belly will both be happy.  Happier than happy.  Ecstatic!

The original recipe called for half a pineapple, but really, what are you going to do with that other half?  Plus, once you taste the poached pineapple, you're immediately going to regret not making more, so why not just go all out and poach the whole thing?

Now, I'm not sure that I can pull off this first prep paragraph without sounding like a spoiled, pretentious snob, so please note the sarcastic tone in which I'm going to throw it all out there like Martha or Gwyneth, and please bear with me.

When preparing pineapple, I find it best to use the method of Hawaiian natives (or a girl who lived in Hawaii that I met once).  During my time on the islands (honeymoon, over a decade ago), our wonderful guide (on one river kayak tour) demonstrated this traditional (or not) method of slicing a fresh pineapple straight from the pineapple fields (or her knapsack), and I was enticed both by her skill and by the deliciousness of the pineapple (probably because I was starving from all the paddling and that was the first food we'd had in an hour or two).  As the scent of plumeria (which it turns out I am highly allergic too and spent a couple of days with a swollen face from sinus issues) filled the air, I knew that I had found my true Ohana (which means family...I learned that from Lilo and Stitch).

But seriously, that woman did wonders with a knife, and I have used her pineapple prep method ever since. 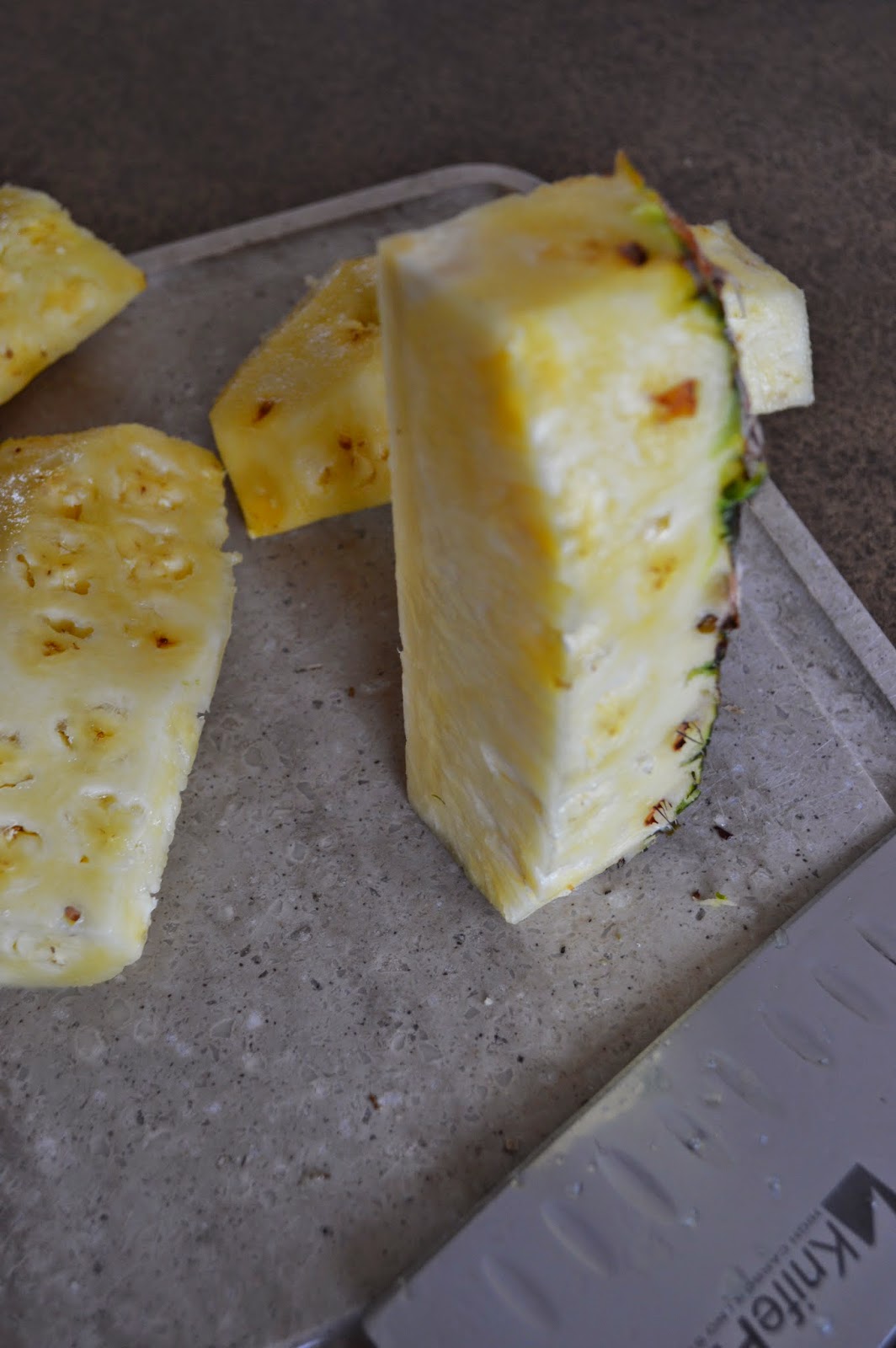 Cut off the top and the bottom of the pineapple.  Then cut it into quarters.  Slice the outside rind off in strips.  Then take out the hard core with an angled slice.  After that, you can cut it however you need for what you're making.  For this recipe, cut it into cubes, about an inch big. 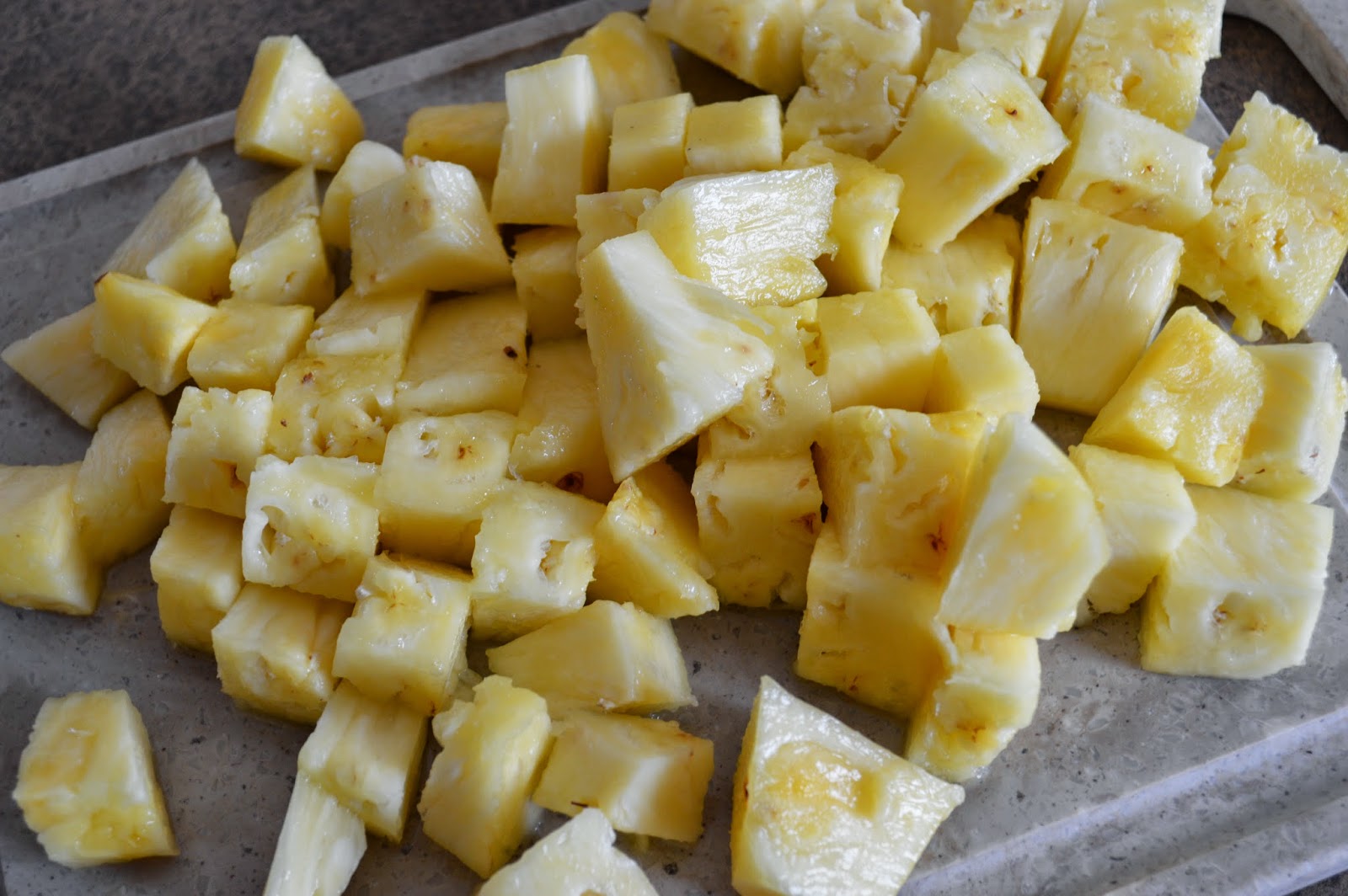 In a large pan, stir together 2 cups of water and 1 cup of good honey.  Someday I'll write a post all about honey and bees, but for now, suffice it to say that my stance is to get your honey locally.  Bring that to a boil. 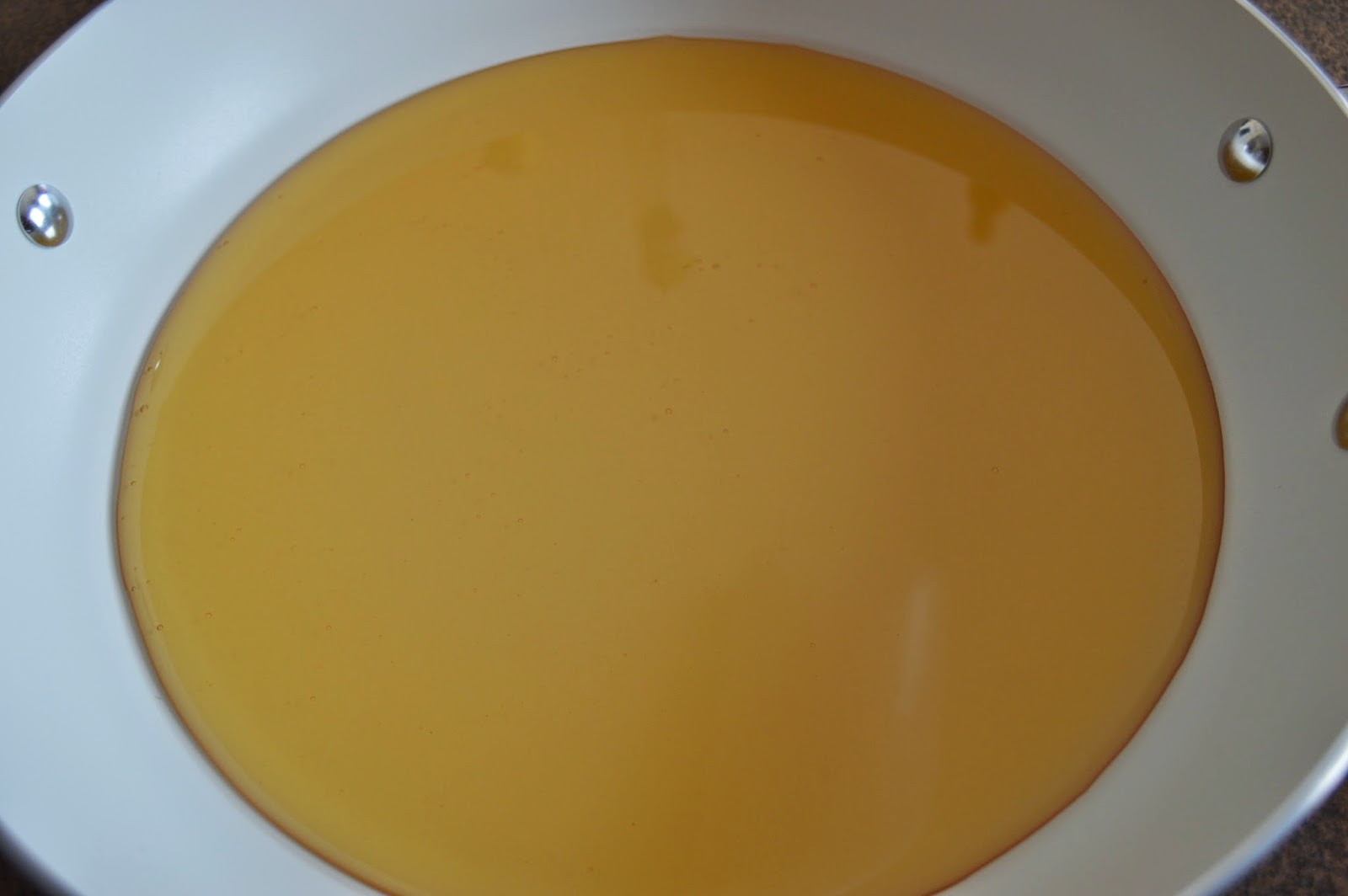 Add 2 cinnamon sticks, one vanilla bean that has been sliced lengthwise and had the seeds scraped into the mix, and the zest of an orange. 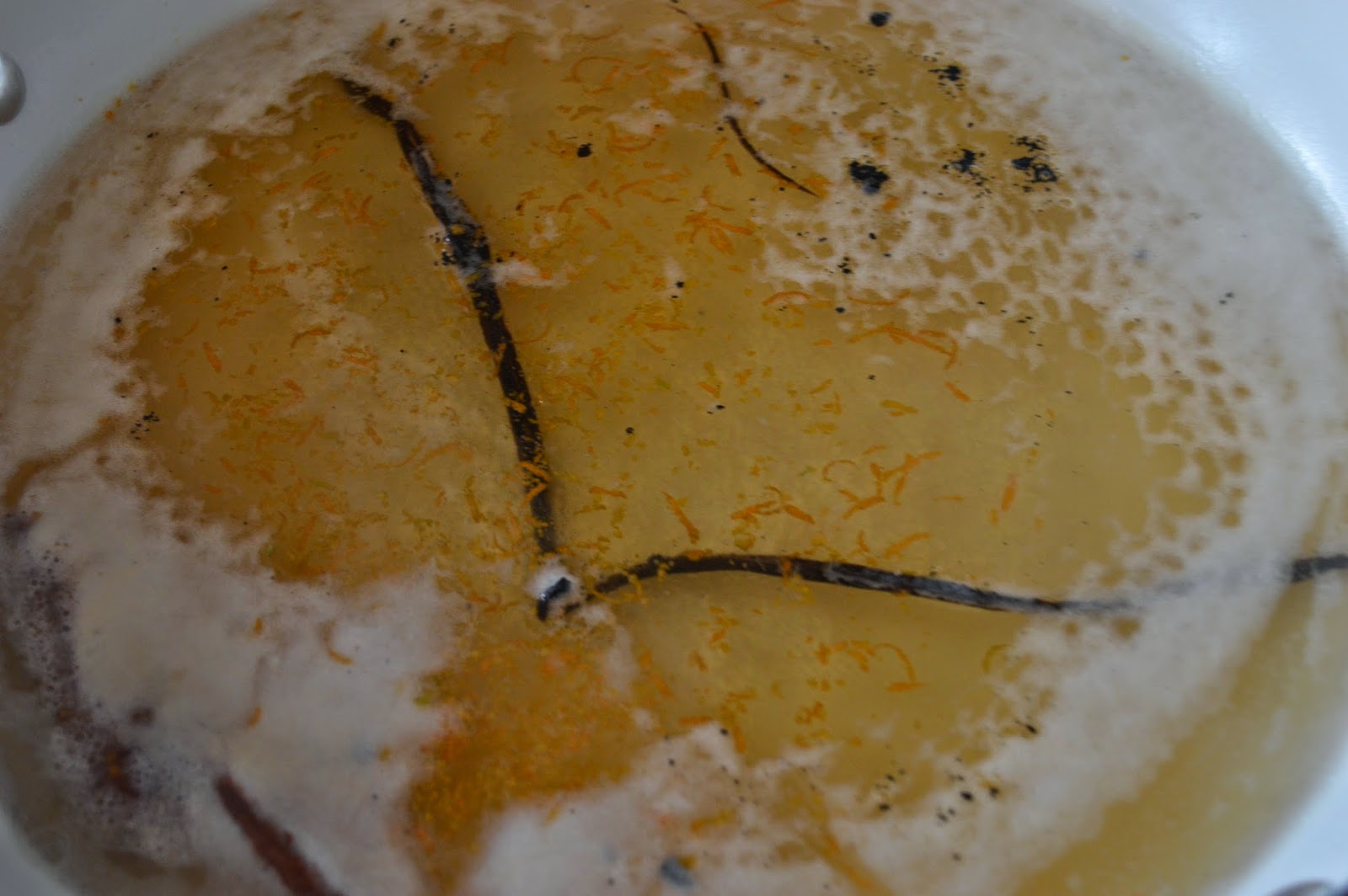 Reduce the heat and add the pineapple.  Give it all a stir.  The next trick is to take a sheet of parchment paper (the book calls for waxed paper, but you know how I love parchment paper) the size of your pan and crumple it up.  Then uncrumple it and place it on top of the pineapple brew in the pan.  It helps keep more of the liquid in the pan, which, believe you me, is a very good thing. 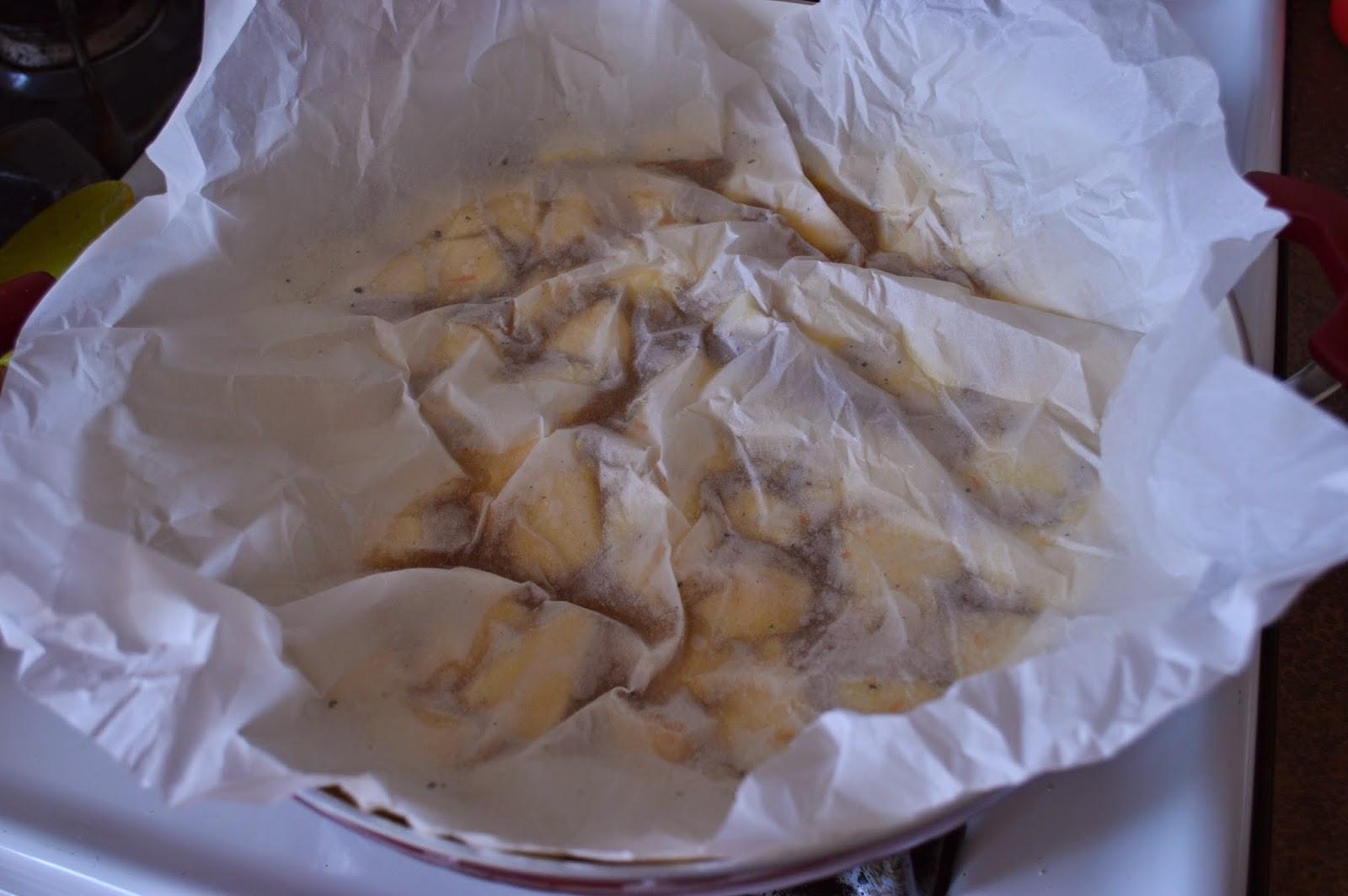 Simmer it gently for 12-15 minutes.  Check it once in a while to make sure that the simmer is not too vigorous.  The pineapple will deepen it's yellow color, and it should be tender.  And it will smell fantastic! 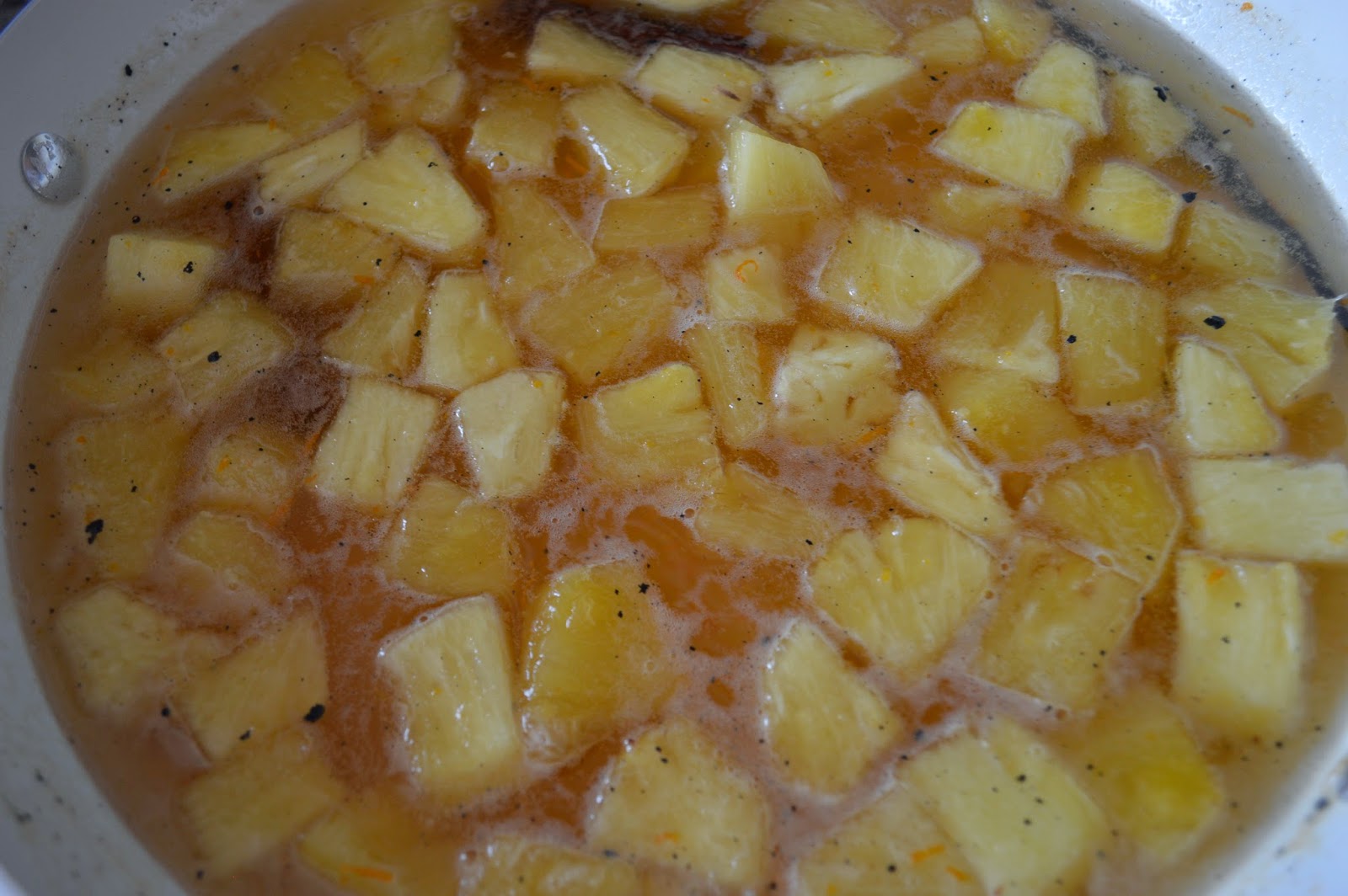 Take out the cinnamon stick and let it cool slightly before serving.  If you want, you can store it in the fridge for several days.  I took a couple of jars to a friend's house for brunch, and it was a hit with everyone who tried it.

The suggestions in the book are to try it over yogurt with a little granola.  Mine never made it that far.  My preferred method is to spoon it into a bowl and then eat every last morsel, including sipping the poaching liquid. 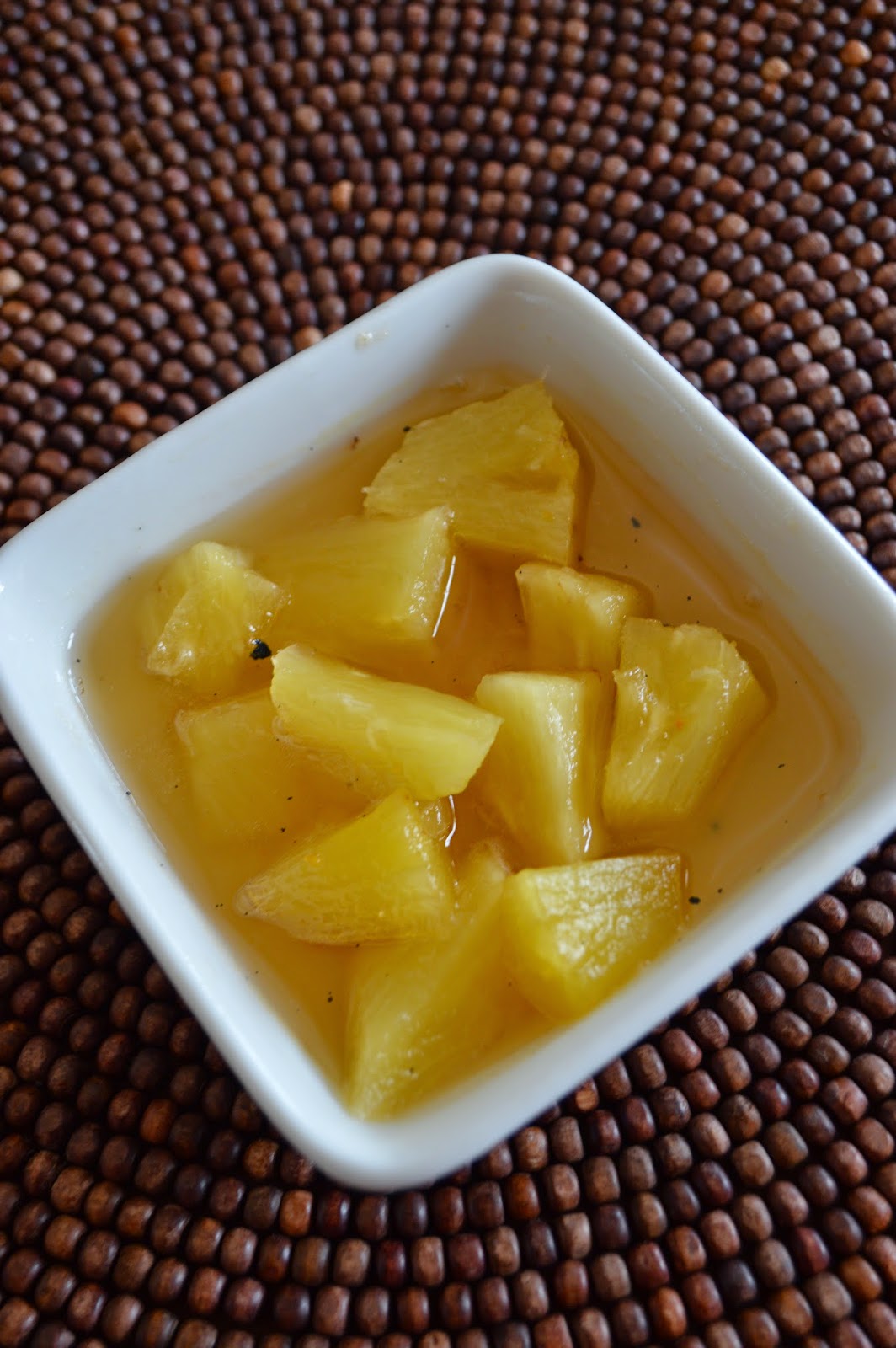 This dish is sweet enough to stand as a dessert as well, and would be great as a healthy end to a meal.  It's full of flavor, and feels like a real treat, but without a ton of added ingredients.  Truly phenomenal.