Saint Patrick's Day is coming soon, and as usual, I'm trying hard to figure out ways to make everything green without using that dropper of food coloring that no one's body really needs.  And, how fortuitous, my local grocery happened to have bunches of organic spinach priced at two for a dollar!  I've done spinach muffins before, using a recipe from Weelicious, and the kids were okay with them, but they were nothing they requested again.  I've also had good luck with a savory Parmesan muffin that included spinach, but that seems more like a hearty winter muffin than a bright springy muffin.  So what flavor could I use to bring in the spring and help sweeten up the spinach flavor to make a sweet, delicious muffin? 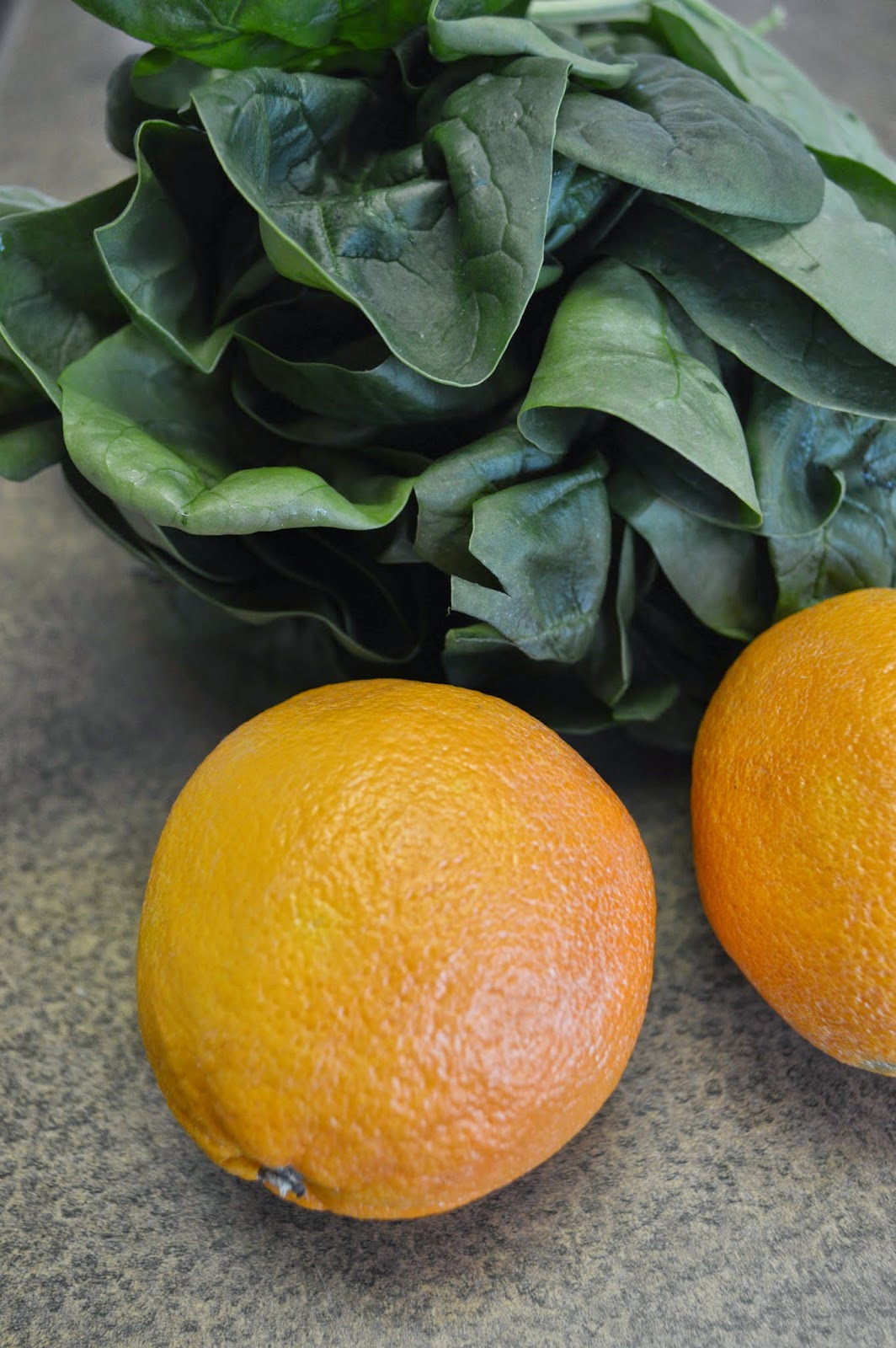 I went with orange, and I'm so glad I did! Now, mind you, I don't hide things from my kids, so they all watched as I grabbed a bunch of spinach and threw it in the food processor.  And the looks and comments were quick and skeptical.  "No way that's going to taste good, Mom."  "I don't think I even want to know...or try..."  "Maybe not spinach."

Until I got the batter mixed and let them have a lick...after which it was, "Wow, I can't wait for these to be baked!" and "Baked?  How about we just eat the batter?"

As we poured the batter into the muffin cups, my middle child suggested that we sprinkle just a little sugar on top...just in case.  And because we like the crunch it gives.

After they were baked, they didn't disappoint.  They were really green, but tasted bright and citrusy.  The kids all ate them with gusto, and before long, they was nothing left but a few tiny green crumbs on the plates. 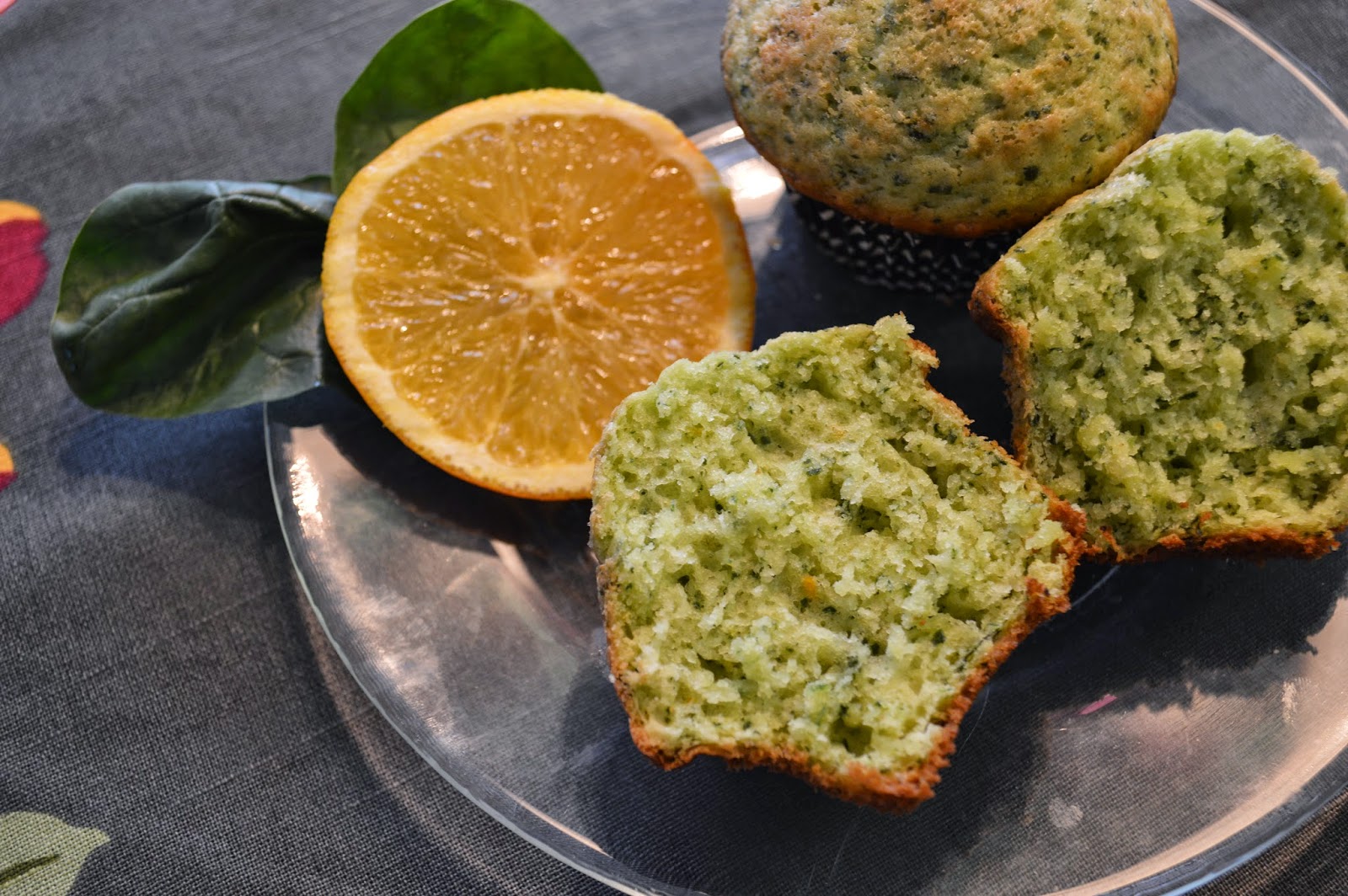 So, here you are: Orange-Spinach Muffins!

Preheat your oven to 400 degrees and prep a muffin pan either by greasing it or putting in liners.

In a food processor, put in about 2 cups loosely packed spinach, and the juice and zest or 2 oranges.  Blend it until it's well chopped and blended. 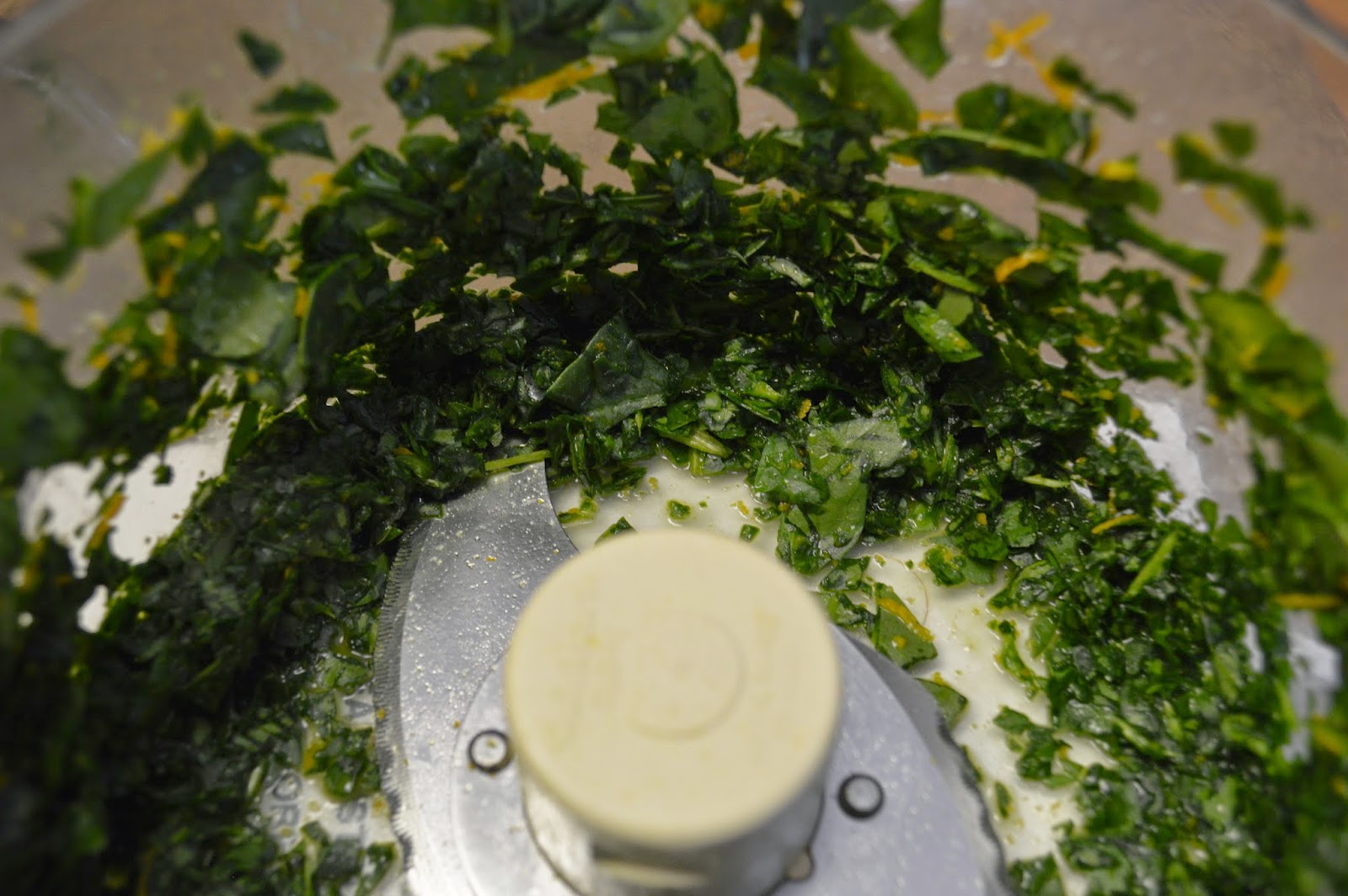 In a large mixing bowl, combine 2 cups of flour, 3 teaspoons baking powder, 1/2 teaspoon salt, and 3/4 cup of sugar.  Set aside. 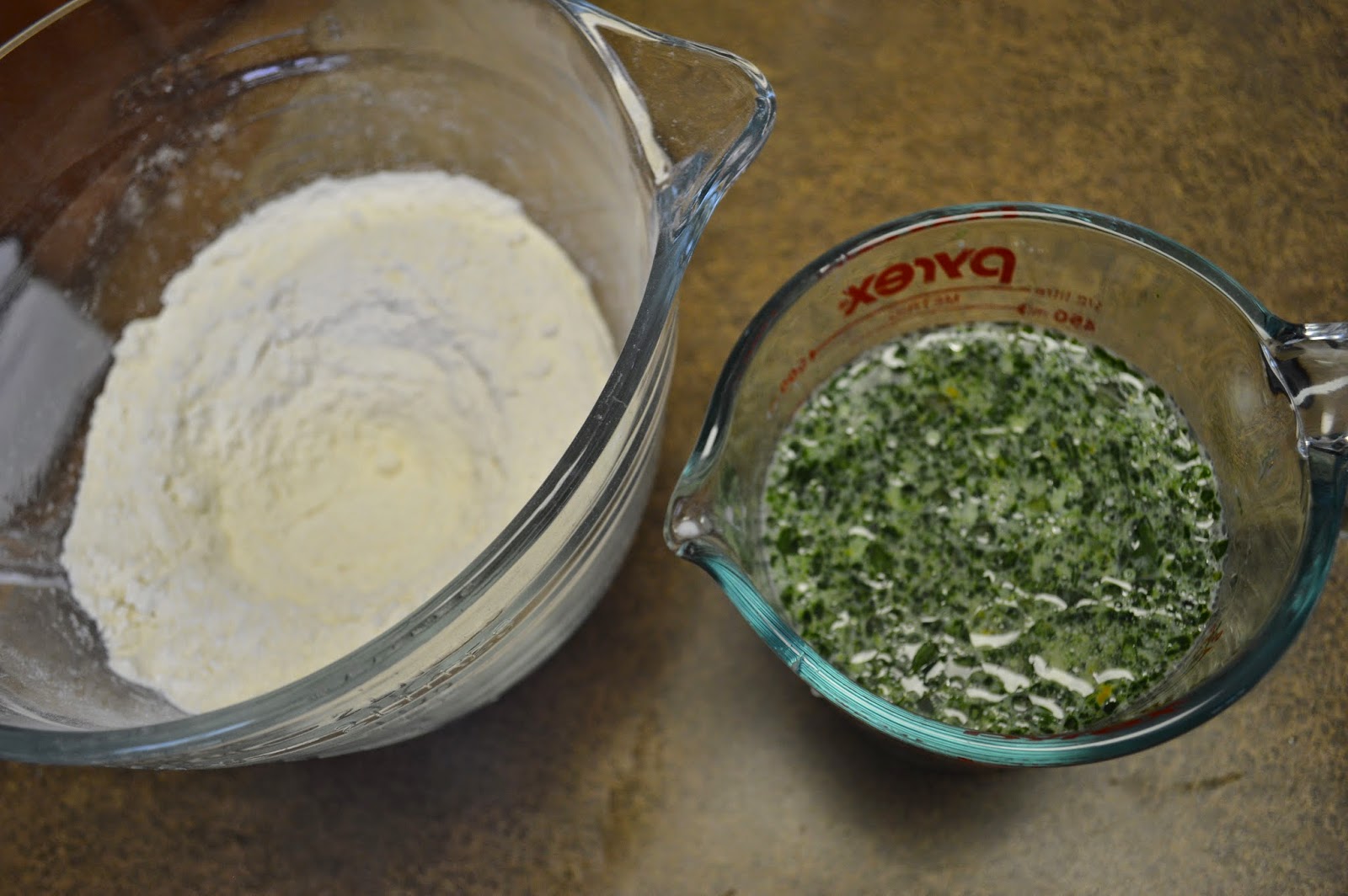 Pour the wet mix into the dry mix, and stir until just combined. 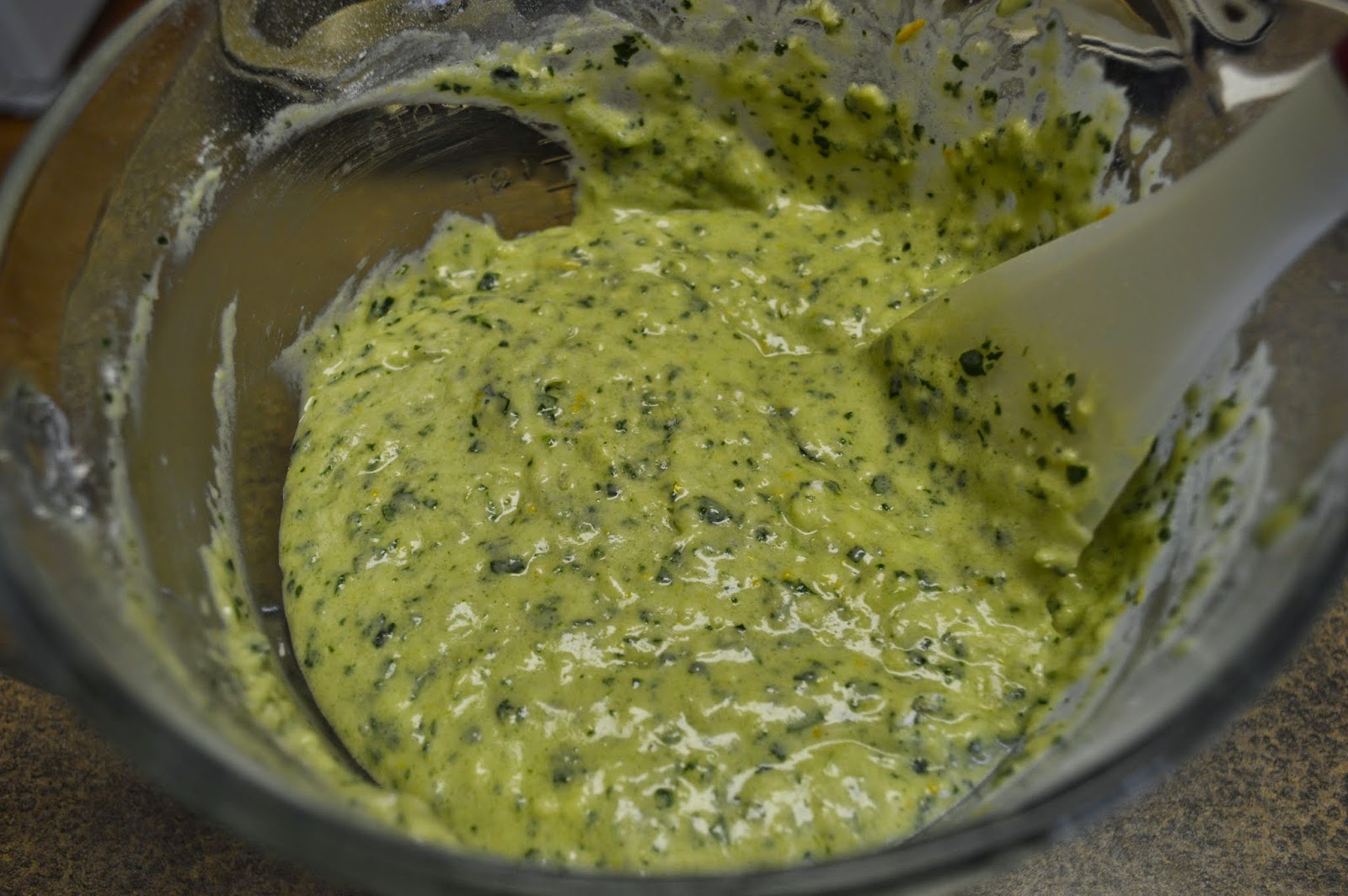 Scoop or pour into muffin cups, 3/4 full.  Sprinkle lightly with a large grain sugar and bake for 25 minutes, until starting to turn golden and a toothpick will come out clean. 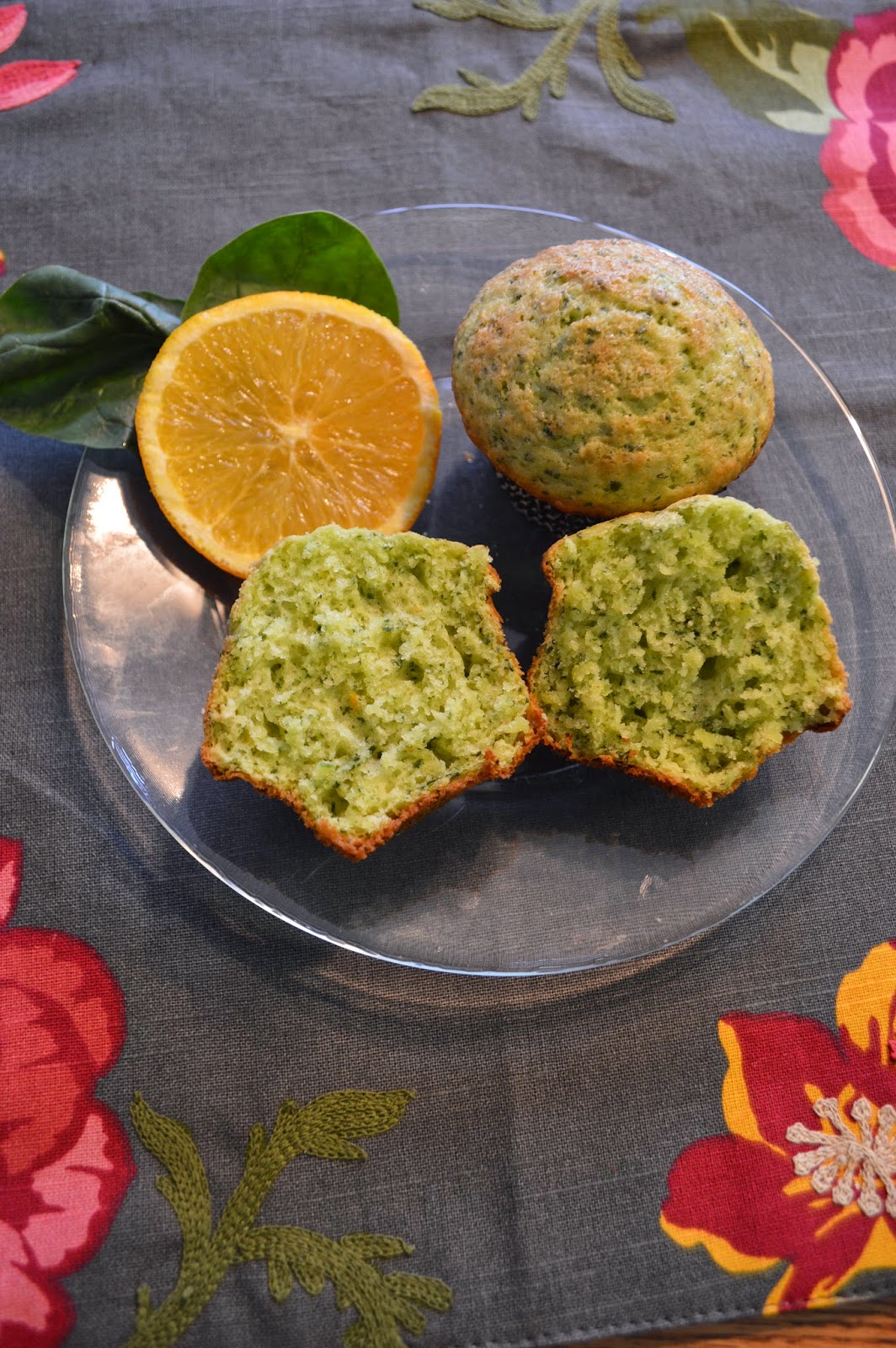 Enjoy on their own, or with butter or cream cheese. 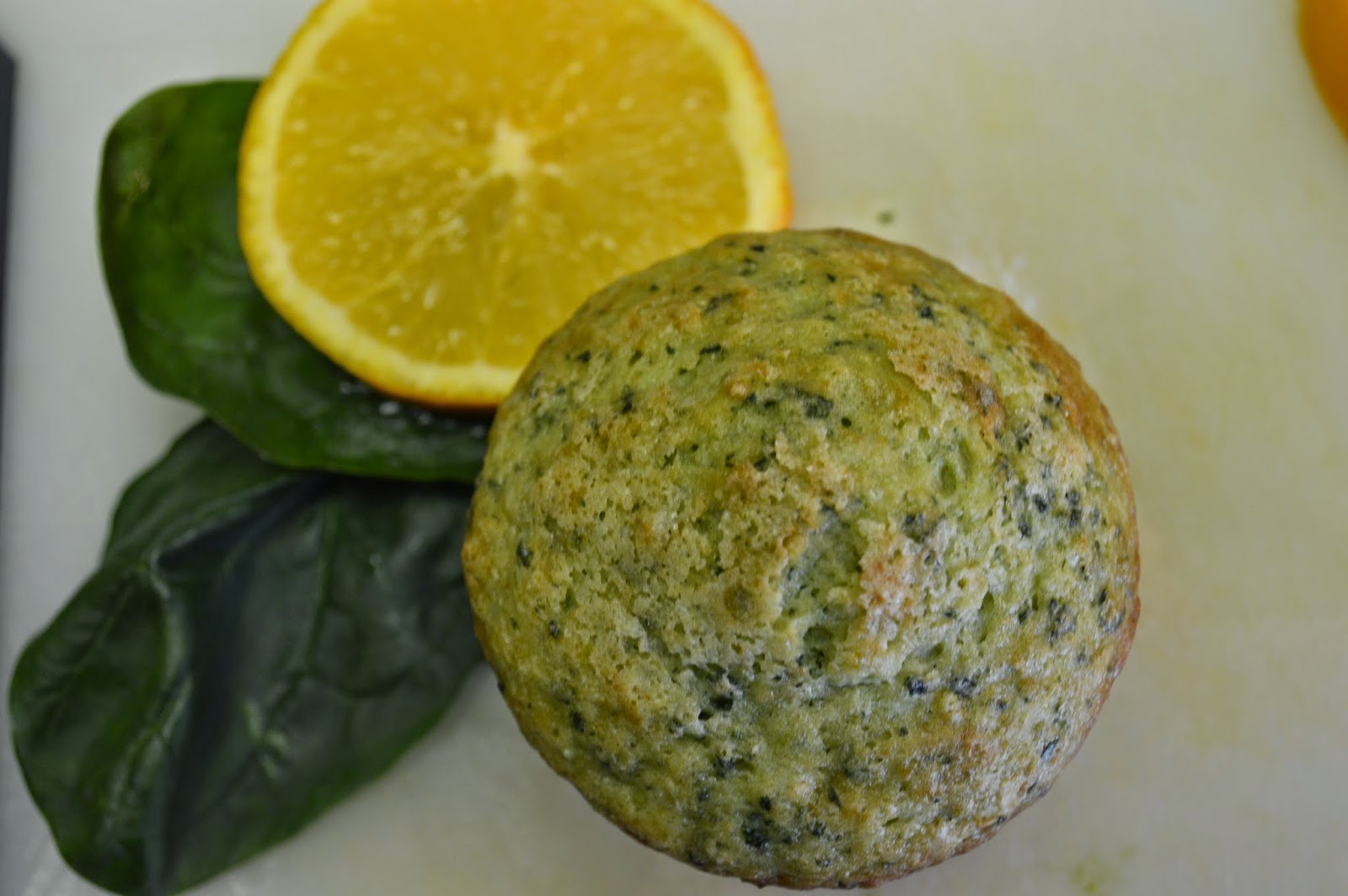