As someone who enjoys cooking and eating, I have a lot of bizarre stuff in my cupboards.  One time, a friend of mine counted 8 different kids of rice in my pantry.  Which, for me, is not an oddity.  One of the things in my pantry that is usually there but that I have a mental block with using is millet.  I love the taste of millet, and the crunch of it, but I don't have a lot of good recipes that use millet, and I have a hard time finding ways to incorporate it into the family's meal circuit.

Millet is a grain, most popularly found in...well...birdseed.  I know, I know.  But it's also a staple crop in many parts of the world.  It's also kind of a "superfood".  Millet is full of iron and calcium, as well as B vitamins, phosphorus, magnesium, zinc, and potassium.  It's also gluten-free.  Oh, and Koval distillery makes a mean millet whiskey.

The other day, I was browsing our town's Bookmobile (Yes, it's as awesome as it sounds: a bus filled with a library!) and found the cookbook Super Natural Every Day by Heidi Swanson.  It's fantastic!  An all-around great cookbook for anyone who wants to make the most of natural ingredients.

Side note: it does not, however, help you gain any special powers.  Except for maybe the power to cook delicious dishes.  I was a little disappointed with not becoming magical.

Anyhow, in this cookbook is a recipe for millet muffins.  Sold! 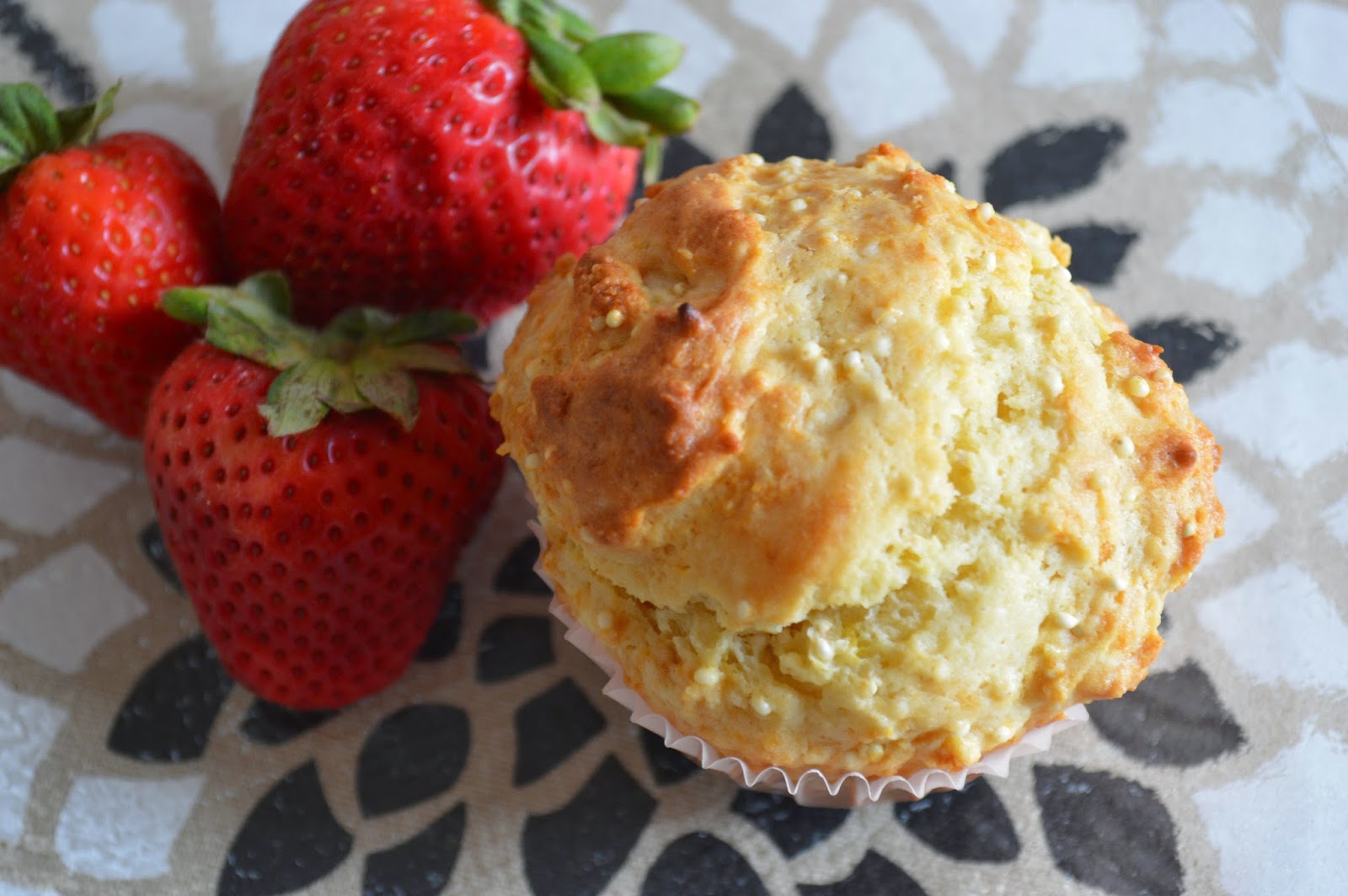 I've seen millet breads before, and they almost all have you cook the millet first, but this recipe uses the millet raw, providing a nice crunch to each bite.  The muffins are surprisingly light, and mild enough in flavor to carry almost anything you would want to top them with.  I picture them as a competitor to cornbread...a hearty, dependable side that can go either sweet or savory with just as much success.

I was worried that they wouldn't be sweet enough for the kids to go crazy about, but all 3 liked them, even without any toppings.

I adapted the recipe to what I had on hand, but I'm sure that the original recipe is just as awesome.

Preheat the oven to 400 degrees.  Grease or line a muffin pan.  Melt a half cup of butter.

Whisk together 2 1/4 cups of flour (the original recipe calls for whole-wheat pastry flour, but I used unbleached white flour), 1/3 cup millet, 1 teaspoon each baking powder and baking soda, and a half teaspoon of salt (I used Kosher, the recipe calls for fine-grain sea salt). 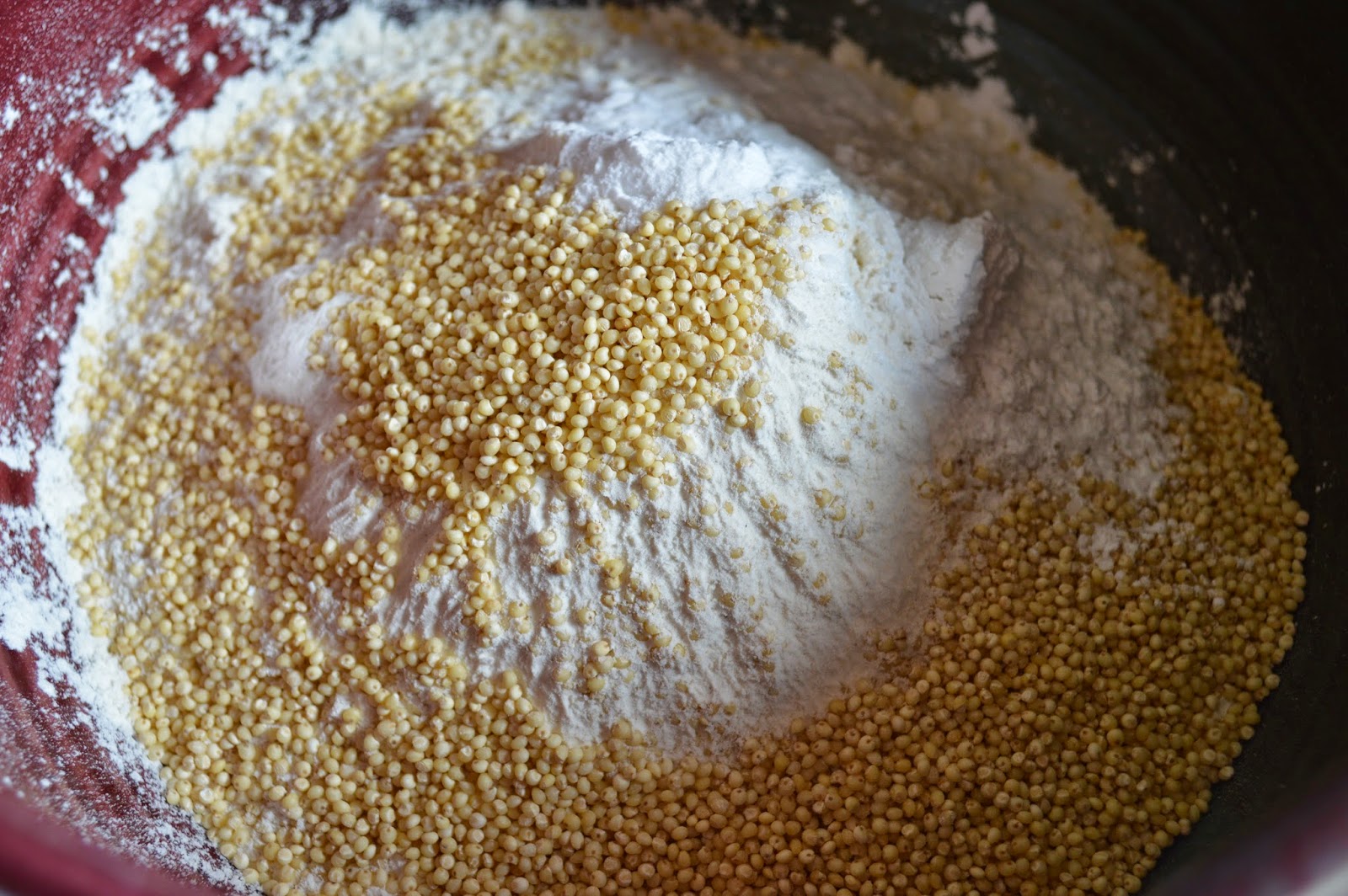 In another bowl, whisk together a cup of plain yogurt (I used sour cream...again, using what I had), 2 large eggs, the melted butter, a half cup of honey, and the zest and juice from one lemon. 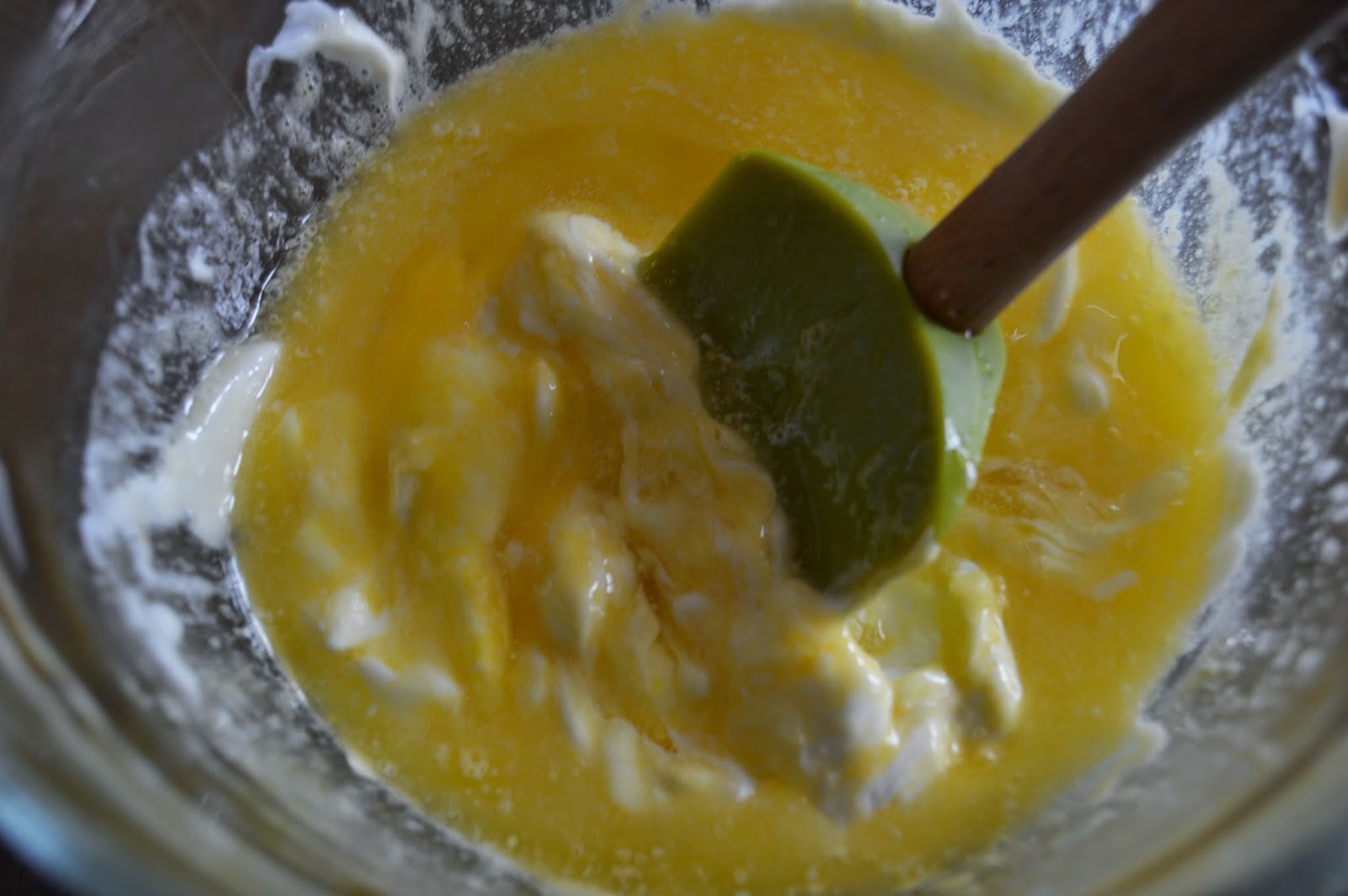 In typical muffin-making fashion, add the wet mix to the dry mix and stir until they are just mixed. 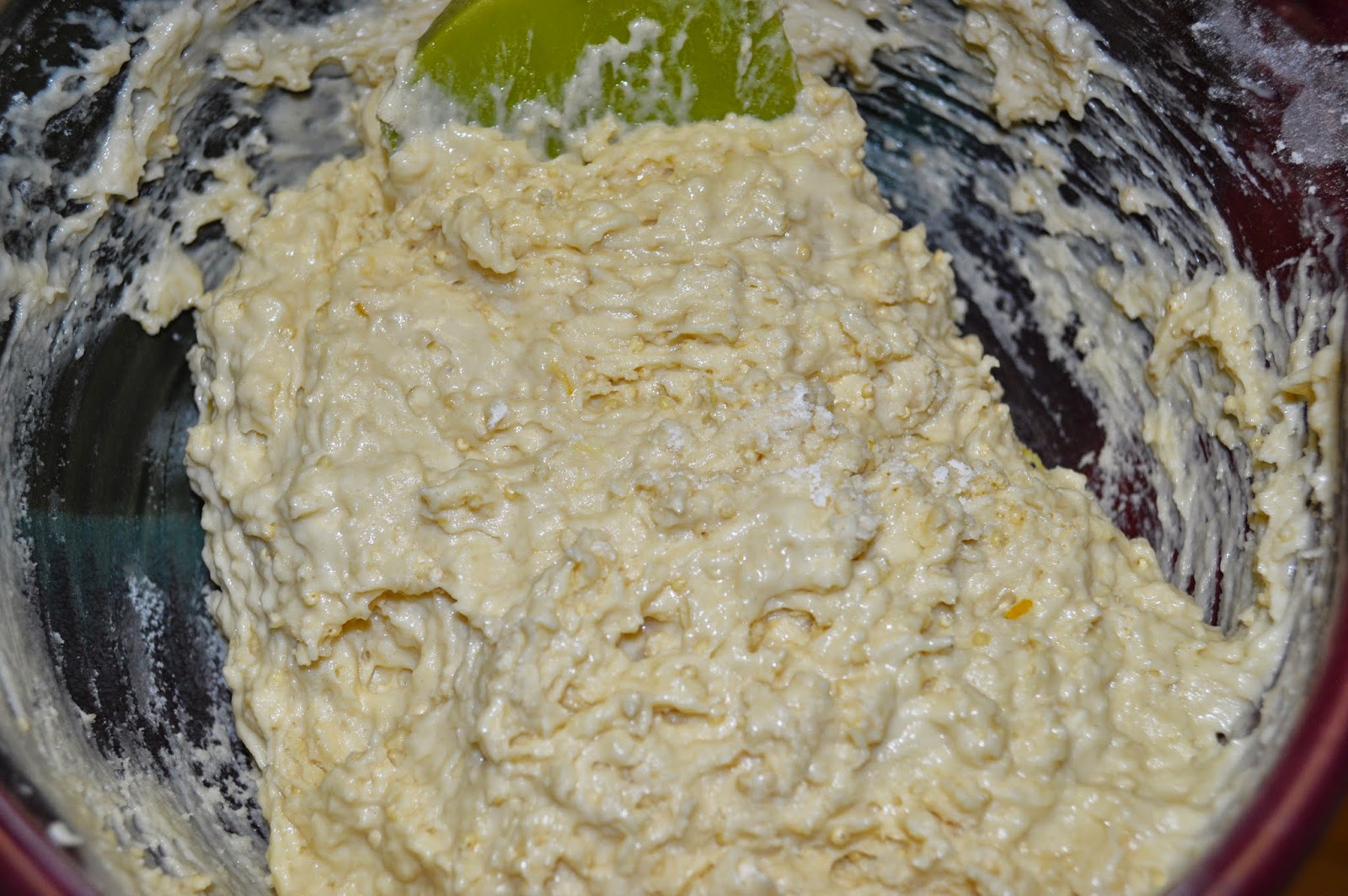 Divide the batter into the muffin cups.  It's a pretty airy batter at this point, which is a good thing. 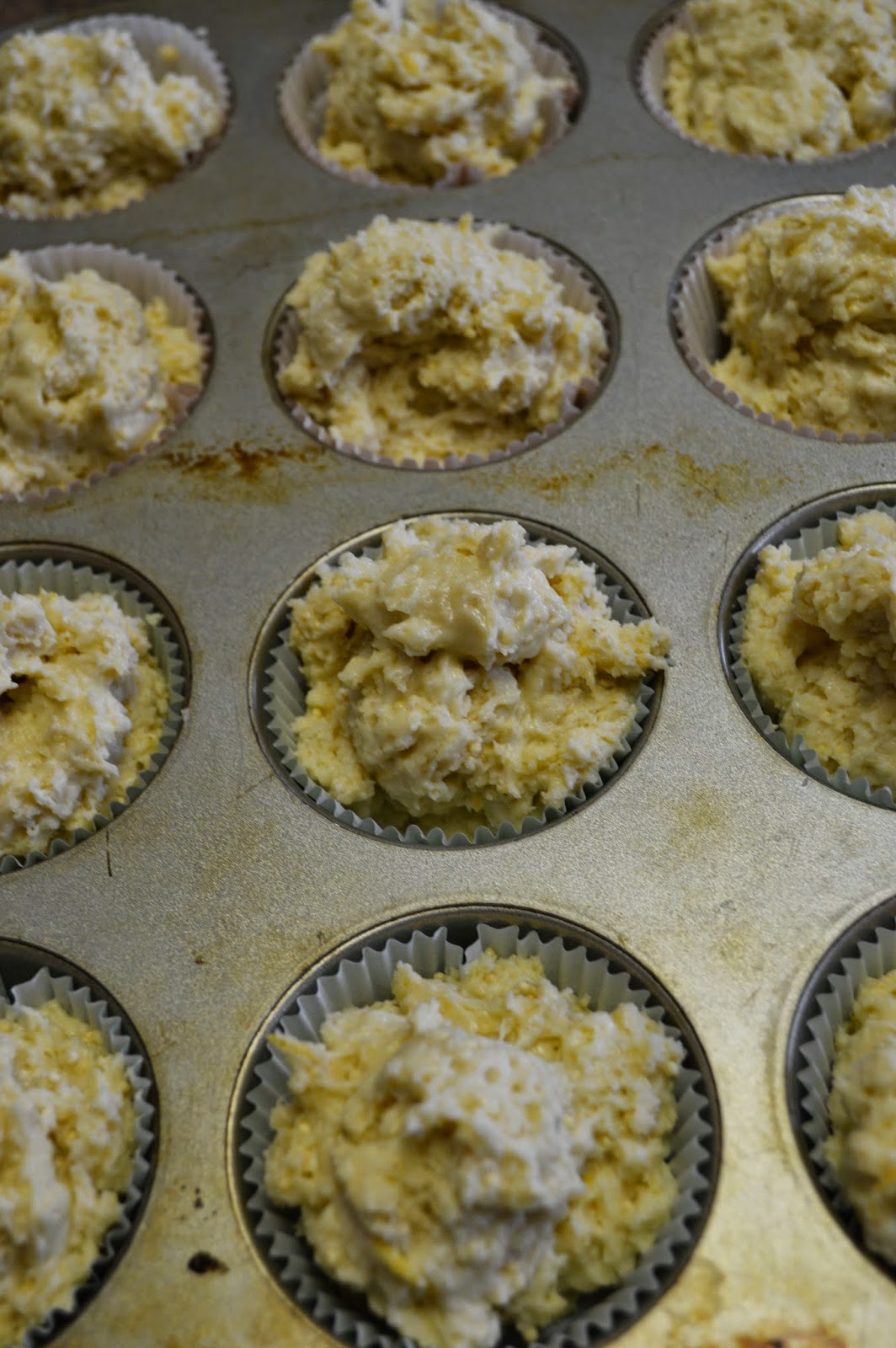 Bake for 15 minutes, until the tops are tanning and just starting to crack. 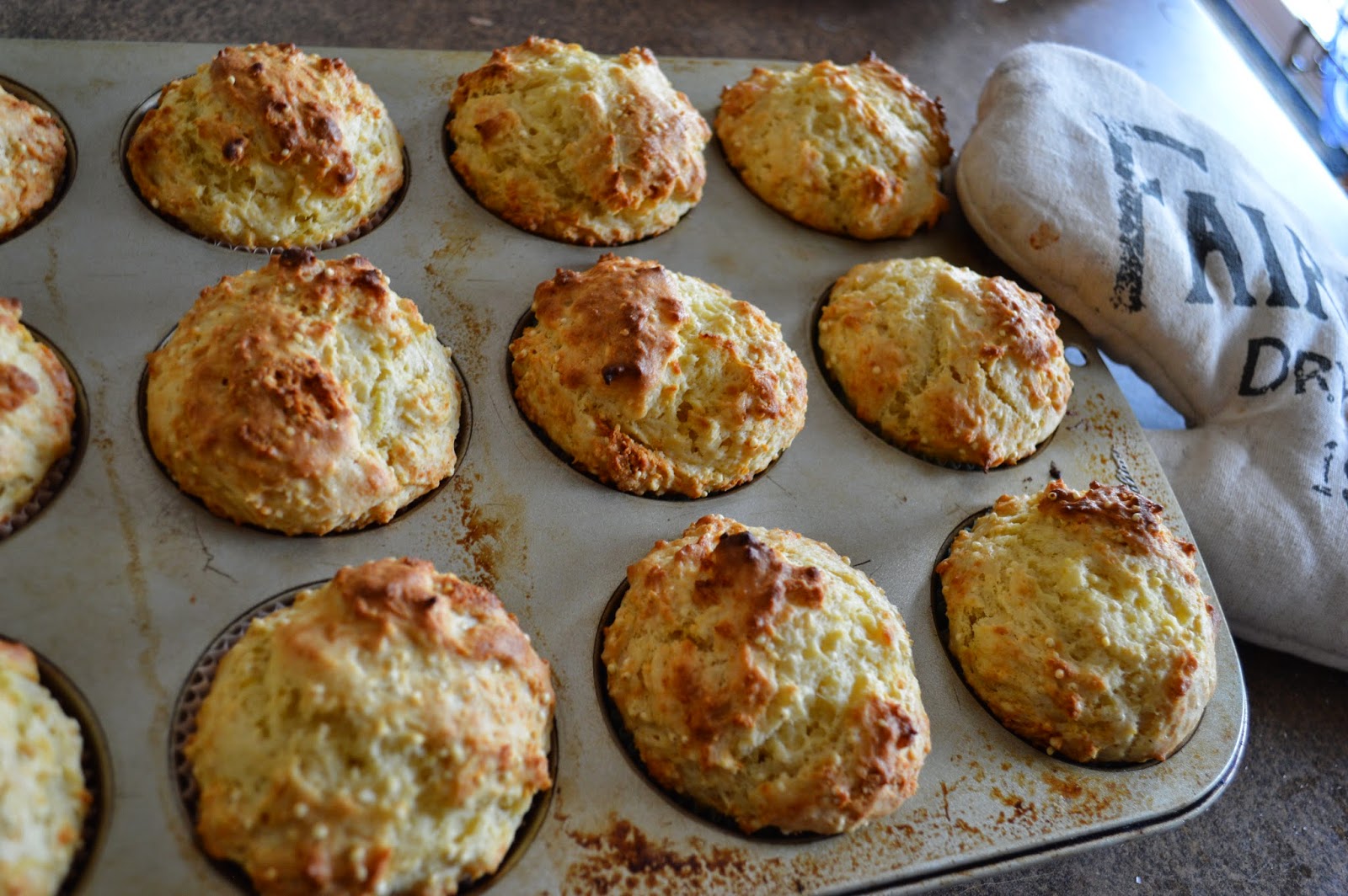 Cool the muffins slightly before slathering them up with butter and devouring them.  Oh, wait...please tell me I'm not the only one with impulsiveness issues.  Right?  As long as you don't blister your tongue with the burn, it's all good. 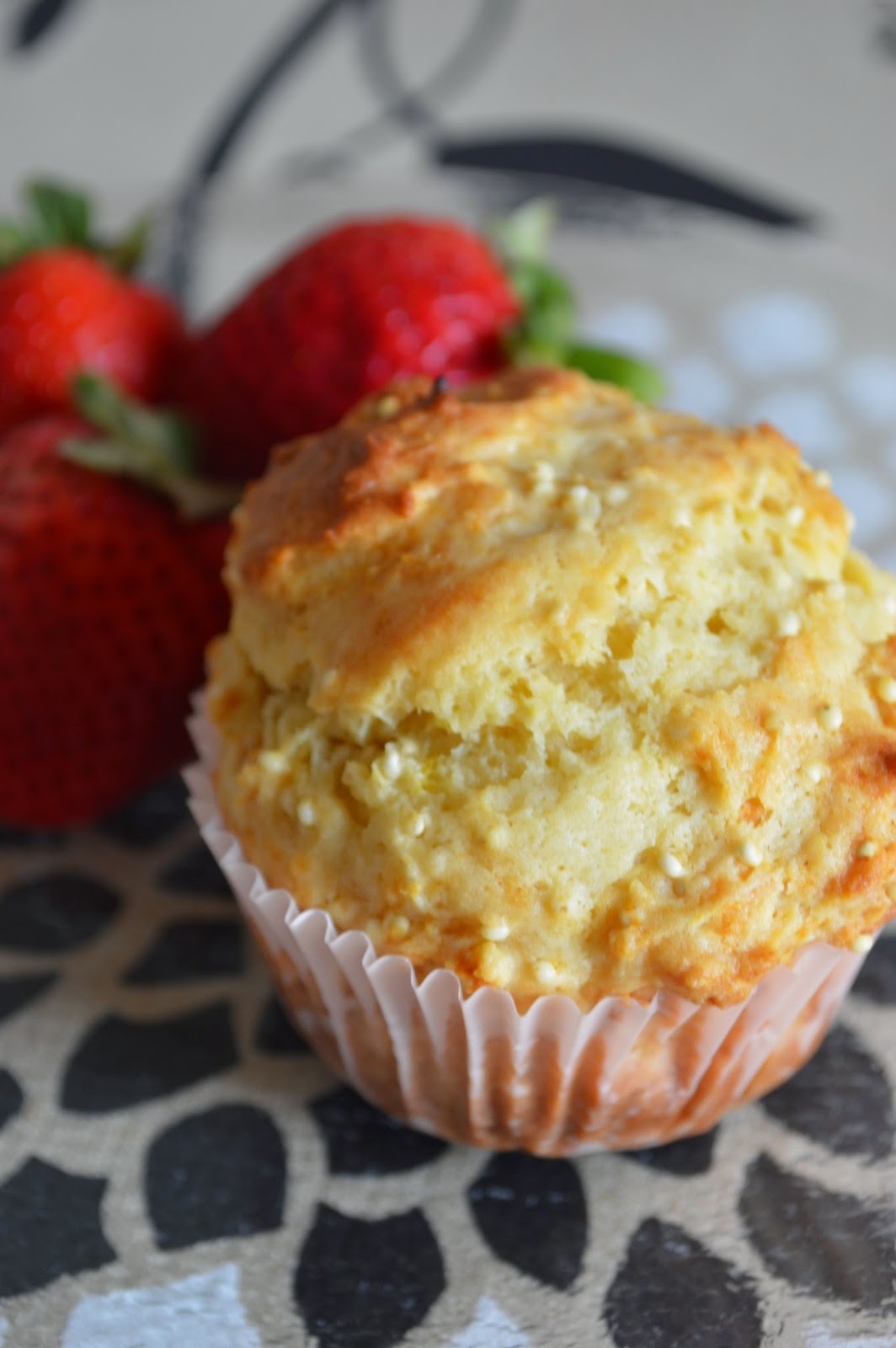 These muffins are not for the birds!  Hoard them all for yourself!  Or, at least for the humans you care about.