I'm sure I've mentioned before about how a lot of my childhood foods came out of cans and boxes, so I won't bore you with that again.  What I will say, is that it becomes problematic for me when it comes to comfort foods. 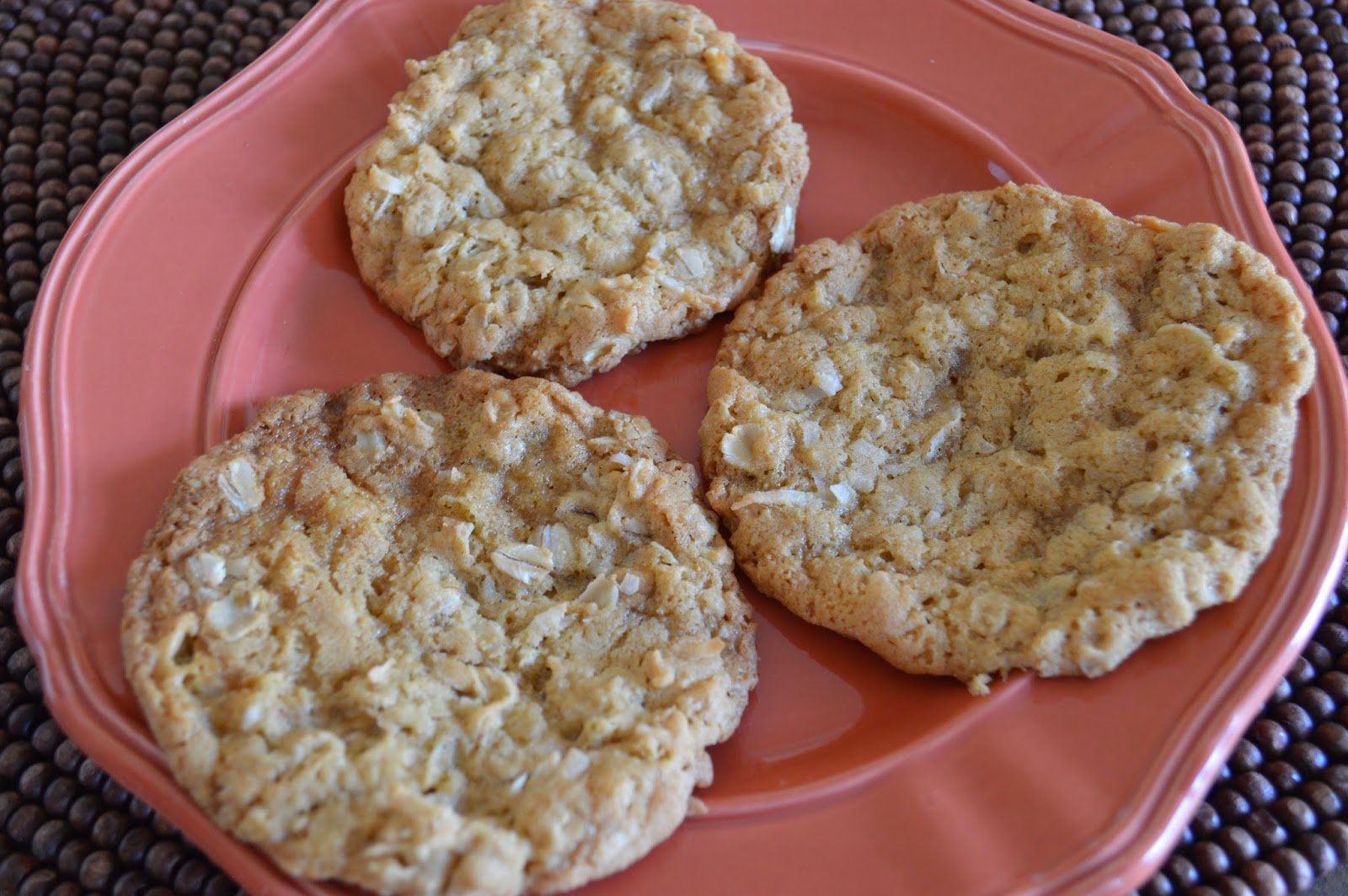 Typically, comfort foods are foods that we remember from our childhood, things that we had from a very early age.  But when it comes to the food that I feed my family, I prefer to avoid and excess of processed food, which is different than how I grew up eating.  I think it's a pretty common thing for people of my generation.  After all, our parents grew up in a time where supermarkets and fast food restaurants were new, and convenience food was the wave of the future, then they did what they knew.  Our generation seems to be the one taking health issues like skyrocketing cancer rates and obesity head on.  I don't know, just a theory.

And one that doesn't even matter in this case, because there are some things that I make an exception to once in a blue moon, and the cookies I'm about to tell you about were one of those.  Maypo Coconut Cookies.  The original recipe calls for your typical cookie-making ingredients, flour, eggs, sugar...but one of the key ingredients is a bizarre breakfast-in-a-box called Maypo.  It's basically a maple-flavored half-ground oatmeal. Here's a look at the ingredients in Maypo.  All 16 of them.  Yikes. 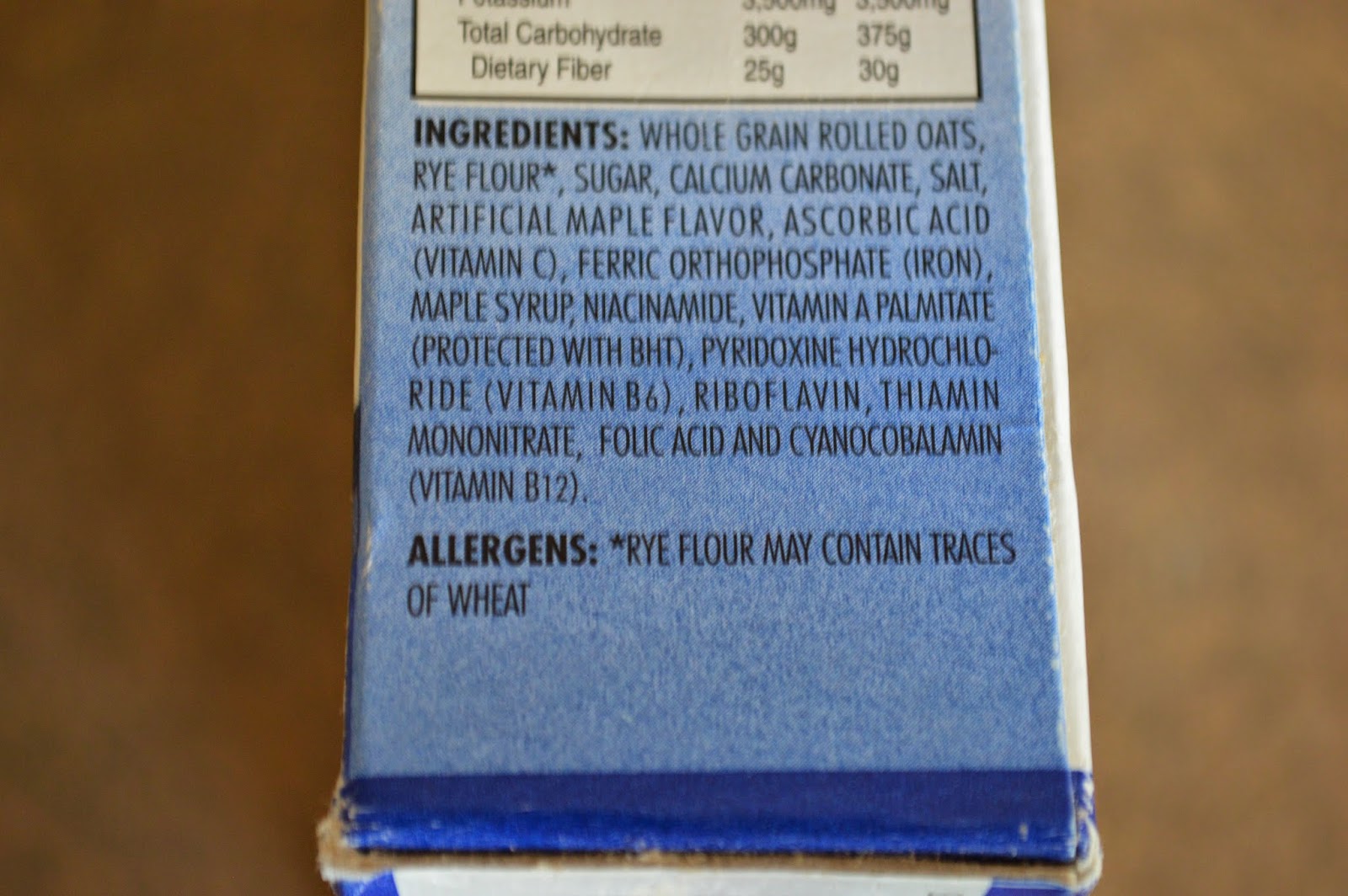 But like I said, as an exception, I would make these cookies once or twice a year, and figure that that cup of Maypo divided into each batch of cookies probably wasn't going to do much harm...although the ingredient list does put me on edge a bit.

Here's the problem: my stores no longer carry Maypo.  I won't say that no store does, and I've found it on Amazon, sold by the crate.  I have this one box, tucked away in my cupboard for extreme emergencies...and, judging by the fact that the the "best by" date on this box is a day off from the day my 6-year-old was BORN, more than ready to be tossed out. 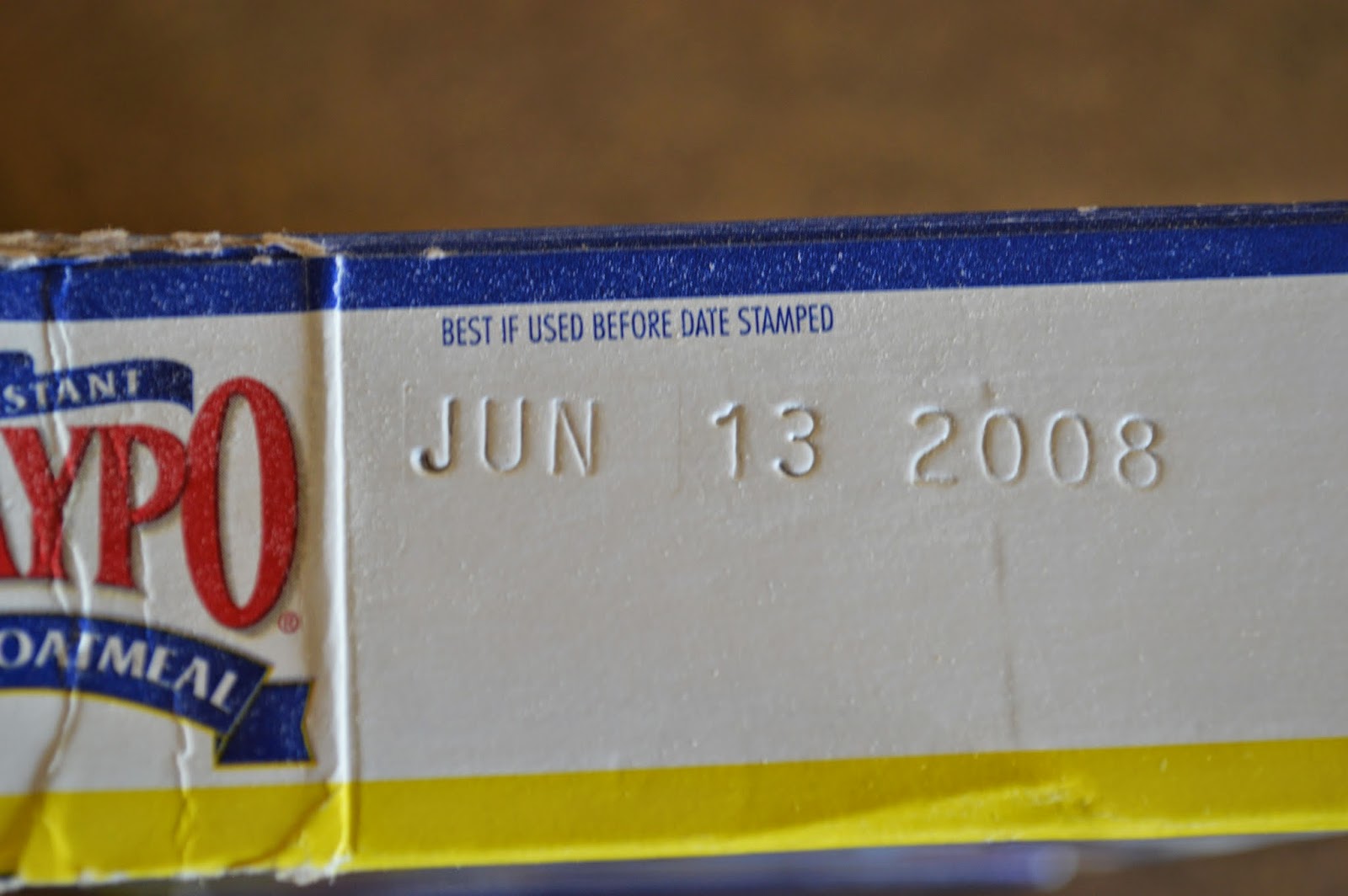 A huge difference between me then and me now, other than the appreciation for silence and a good gin drink, is that I'm much more confident in my skills in the kitchen.  So I now realize that having no Maypo is a blessing, not a curse.  It's the push I needed to make these cookies better for my family, and easier to toss together with things I typically have in the house.

I mean, what is Maypo, really?  Once you take away the additives?  Maple oatmeal.  Not rocket science.

Take out a stick of butter to soften.

Preheat your oven to 350 degrees.

Mix the softened butter, a quarter cup of dark brown sugar, and a half cup of sugar in a mixing bowl. 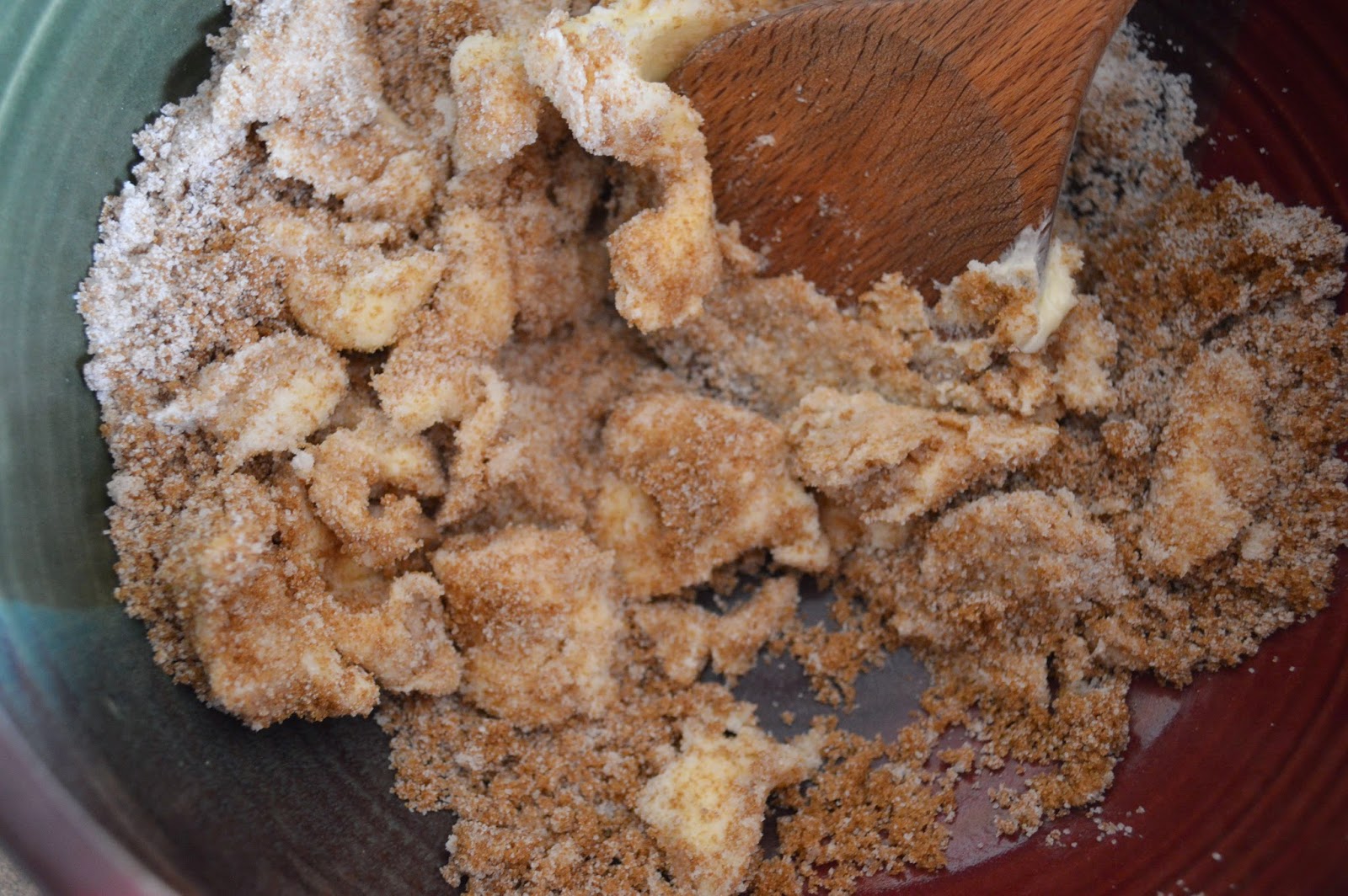 Then add one egg and a quarter cup of real maple syrup, and mix that in. 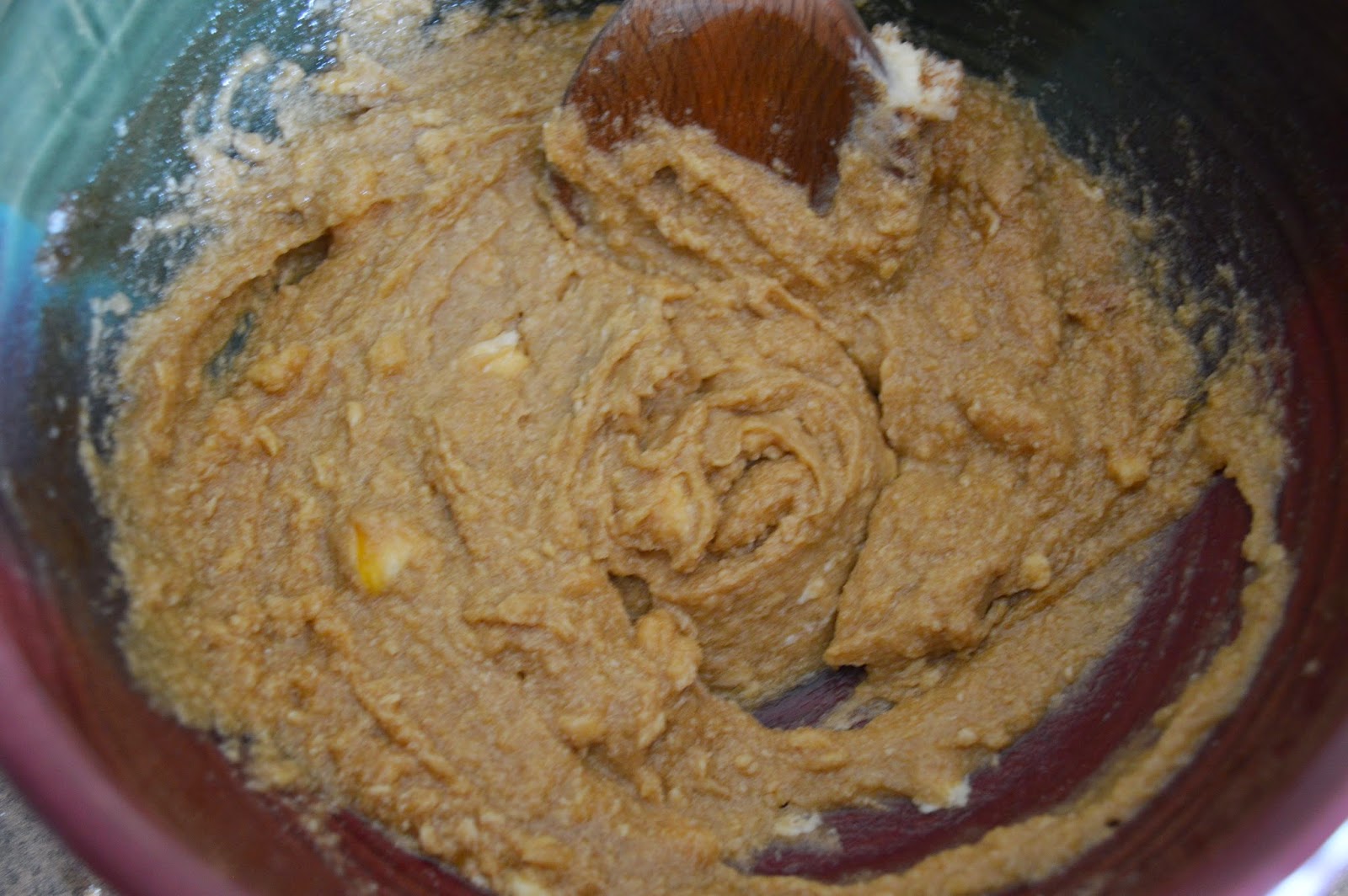 Next, add 1 cup flour, and 1 teaspoon each of baking soda, baking powder, and salt.  Mix until the ingredients are just moistened. 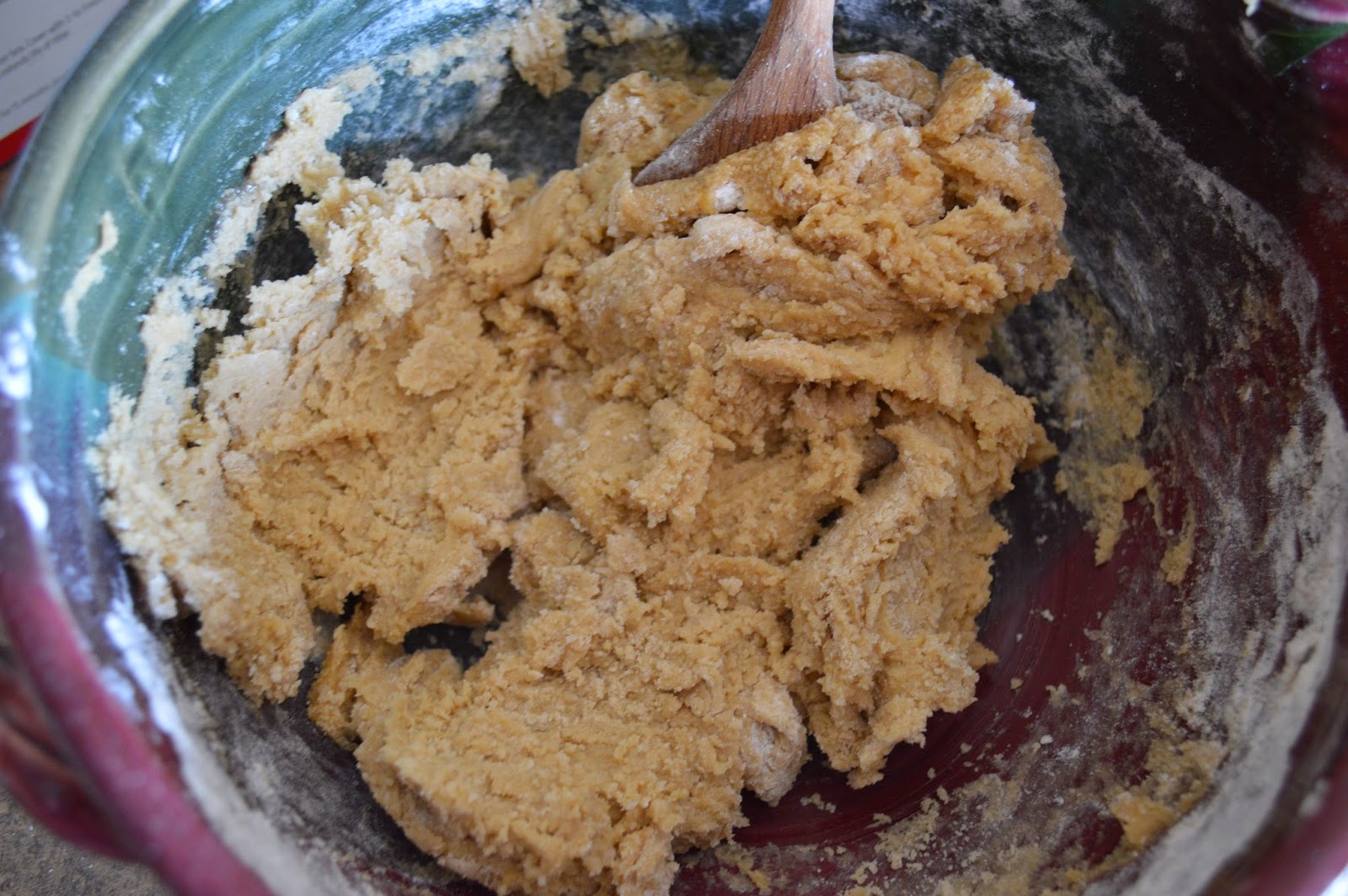 Add in 1 cup each of rolled oats and shredded coconut.  You can go with sweetened or unsweetened.  I went with sweetened this time.  Cookies are supposed to be sweet, right?  Mix that in. 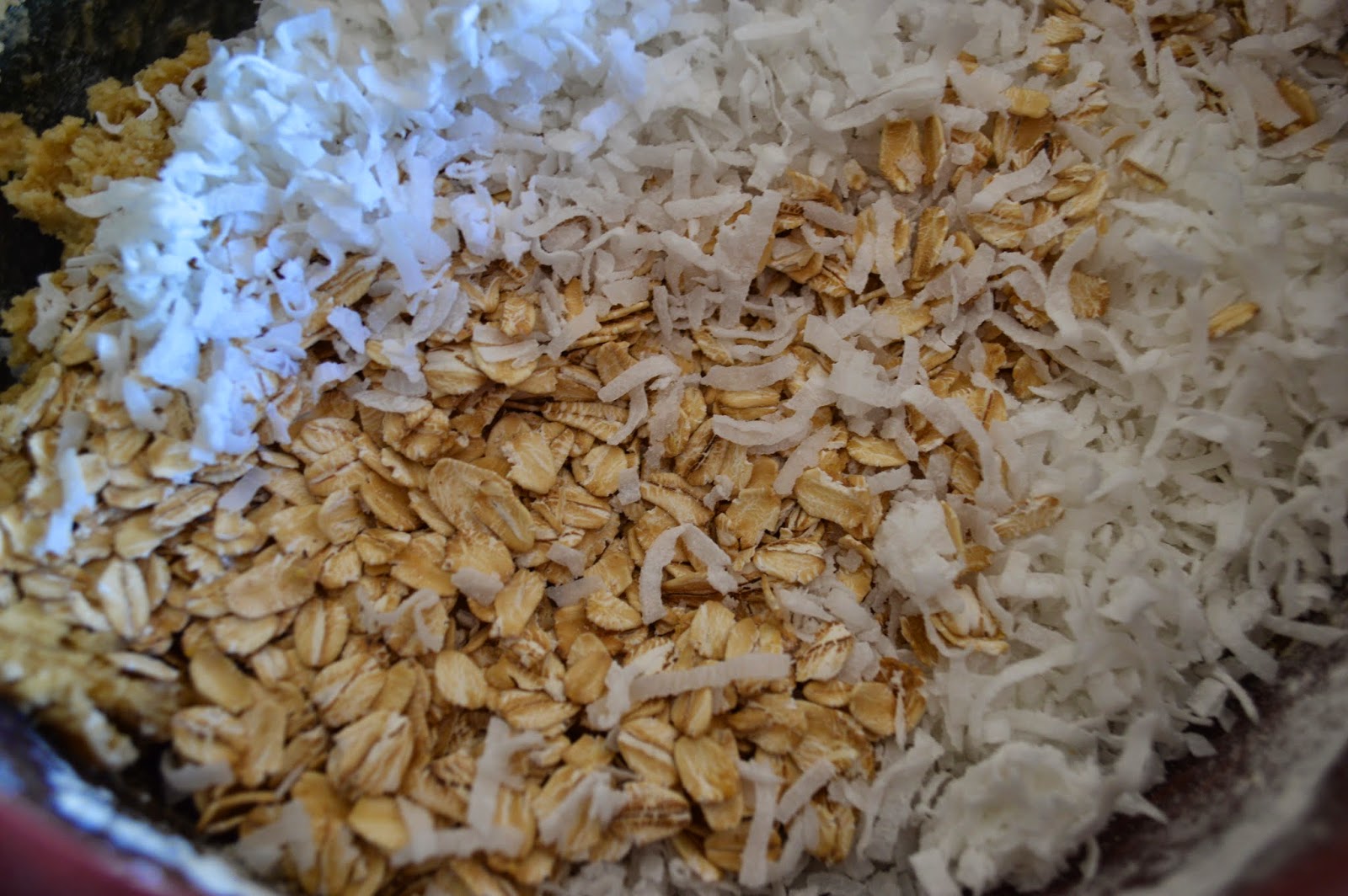 Put some parchment down on baking sheets and scoop rounded spoonfuls of the dough onto the parchment, leaving plenty of room in between.  These cookies like to spread a lot! 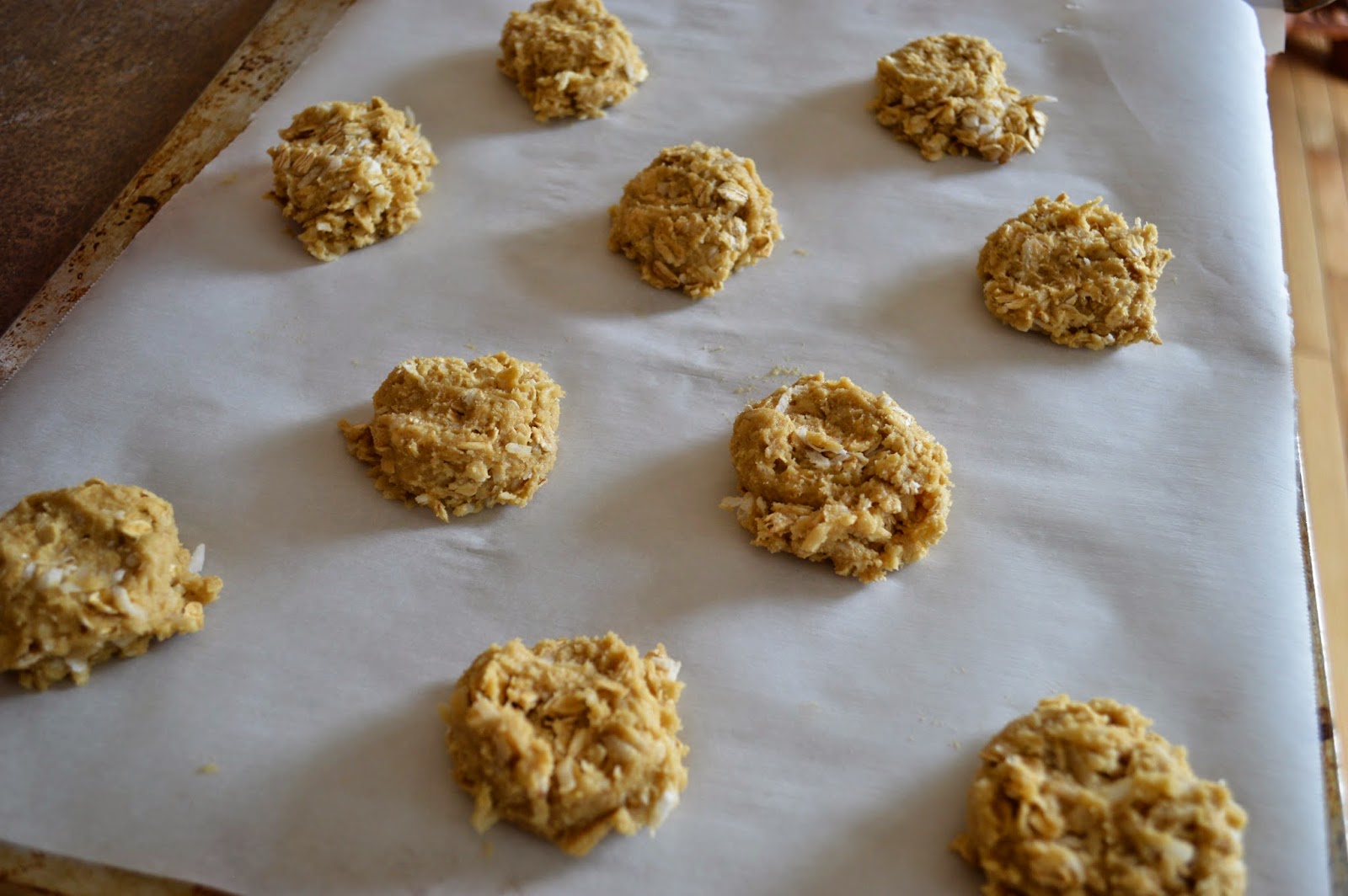 Bake at 350 for about 15 minutes, until the edges are starting to turn golden brown.  Let them cool slightly on the trays before using a thin spatula to remove them to a cooling rack or serving plate. 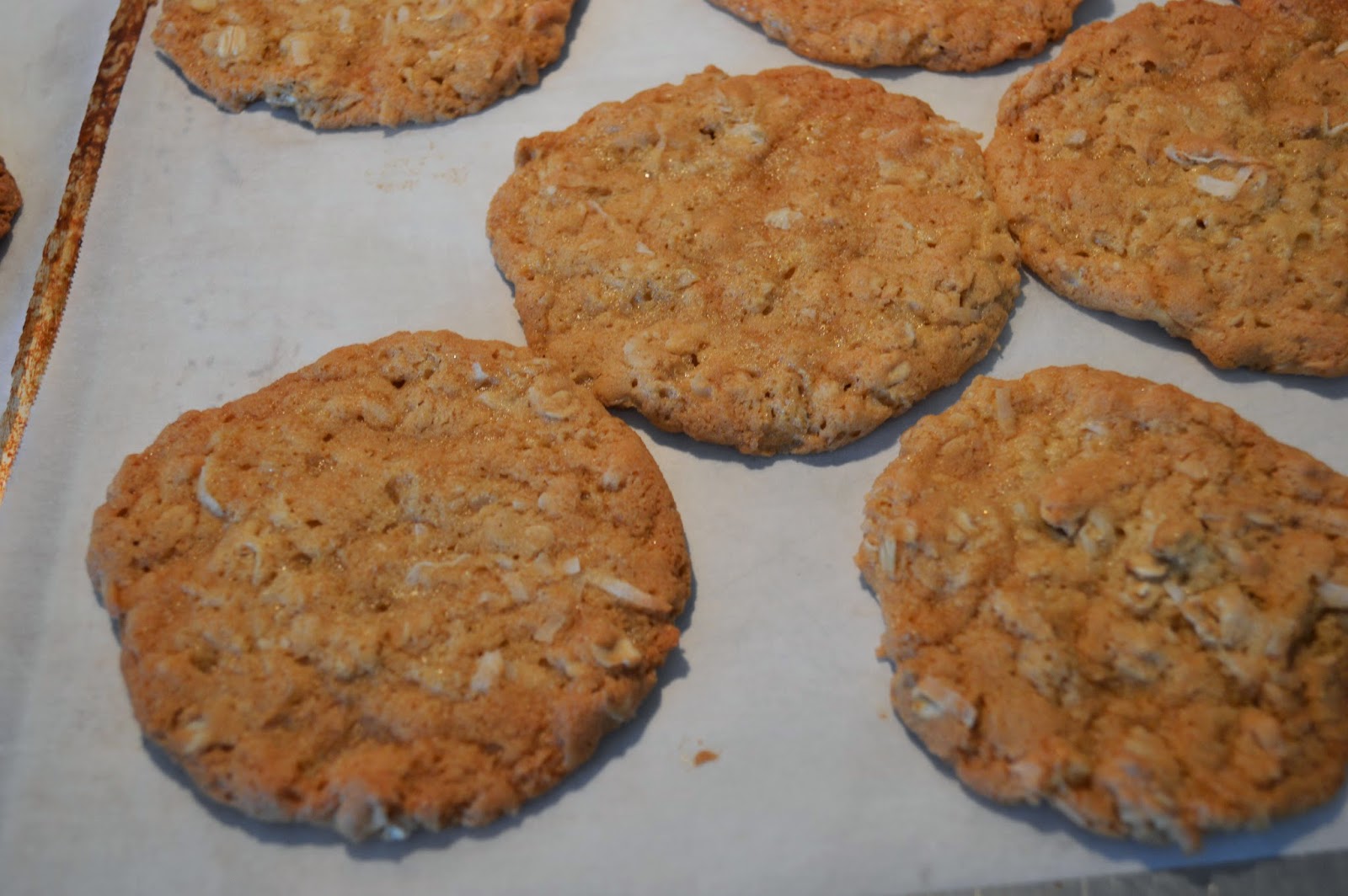 The cookies are very crispy once they cool, and the oatmeal gives them a nice chew.  The maple and coconut are a fantastic combination of flavors, and the richness of the butter and dark brown sugar rounds it out to make a great little treat. 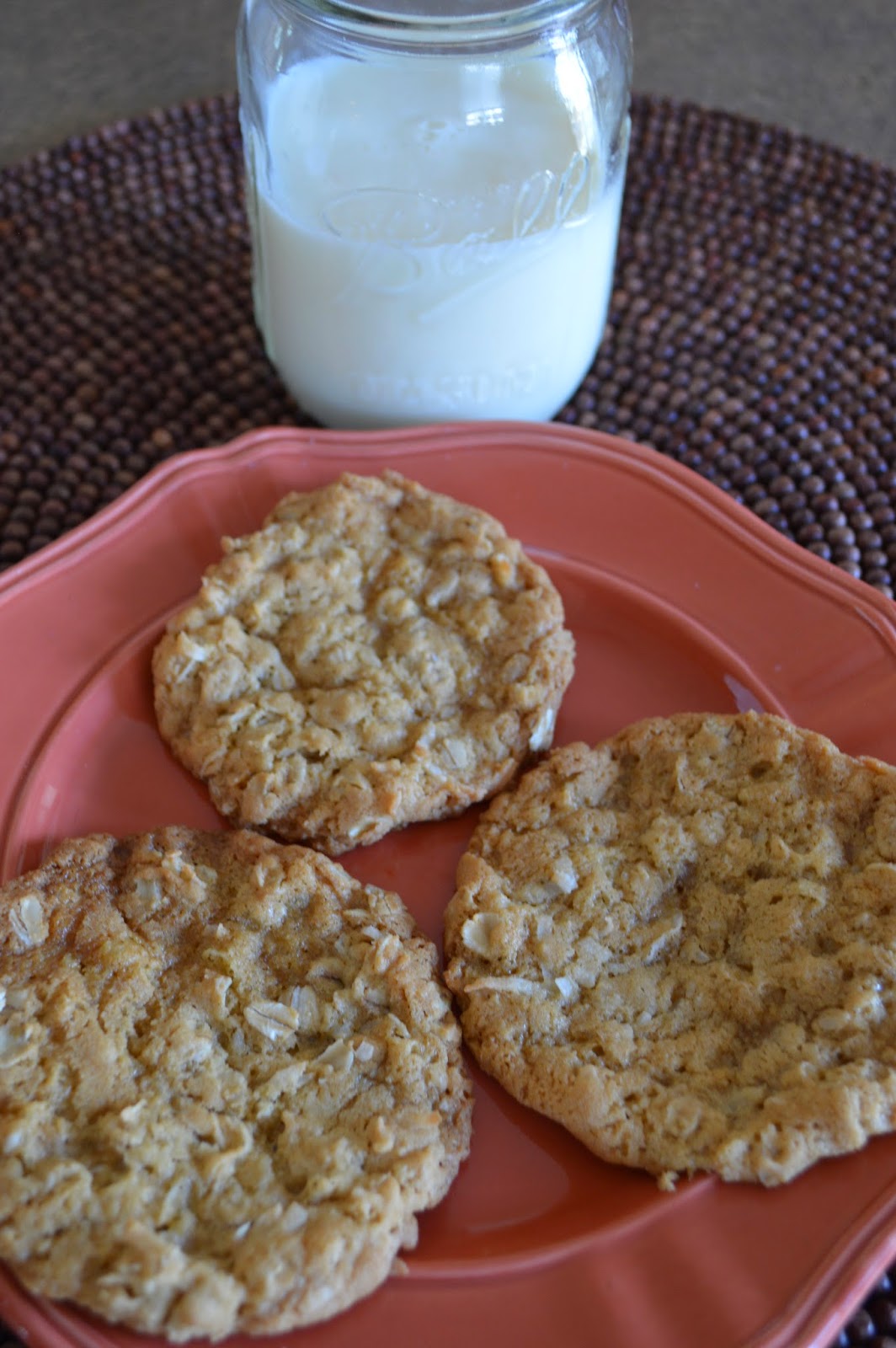 Mmmmmmm...tastes like childhood!  And if you were keeping count, these cookies use 5 less ingredients than the Maypo originally used to make them.  Not too shabby.
Posted by Krasimom at 4:00 AM