Week 4 of our bi-weekly CSA share brought a huge bounty, and included some pleasant surprises. 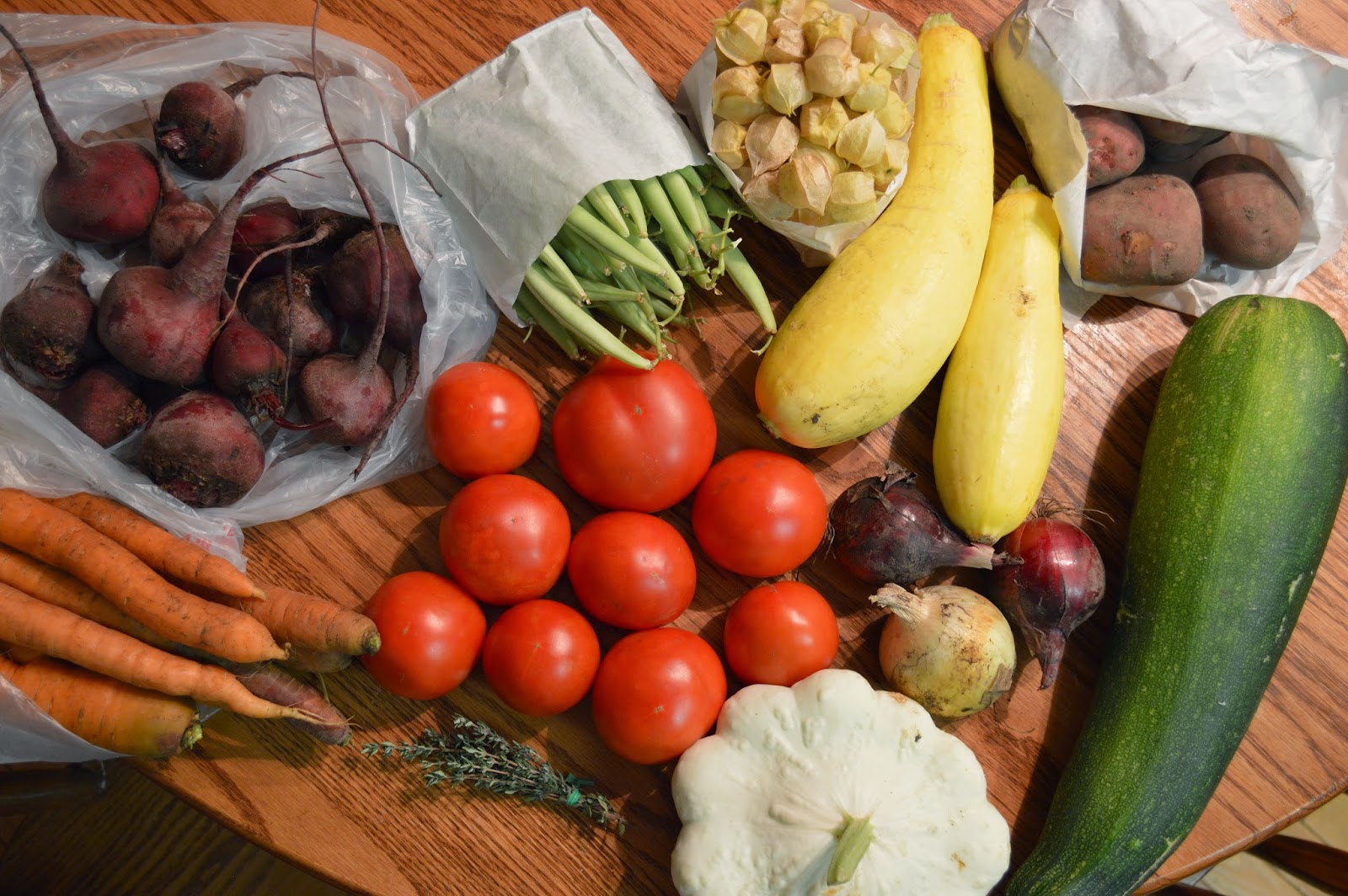 Beets, carrots, tomatoes, thyme, pattypan, onions, zucchini, potatoes, and summer squash, and u-pick options of both green beans and cherry tomatoes...which also included ground cherries!  Seeing as how we have cherry tomatoes out the wazoo in our home garden, we just went full out on the ground cherries.  I had to stop my middle kiddo from snacking her way through the bush as we picked, because she loves these little suckers so much.

We'll get back to those ground cherries soon, I promise.

As for the rest of the share, I quickly roasted the beets and pureed them to freeze.  While they were in the oven, I skinned, crushed, and bagged the tomatoes to freeze.  The carrots will be used for lunches and snacking, as will the green beans.  I made a delicious creamy garlic potato dish with the potatoes and some of the thyme that supposedly is the recipe used at Disneyland...aah, the power of the internet.  More of the time went in a saute with the zucchini as another veggie side.  The other squash will probably follow suit later this week.

As for the ground cherries...despite their heritage as a nightshade, related to tomatoes and eggplants, and in spite of the fact that we could just snack on these gems of flavor raw until they were all devoured...they were meant to be a dessert. 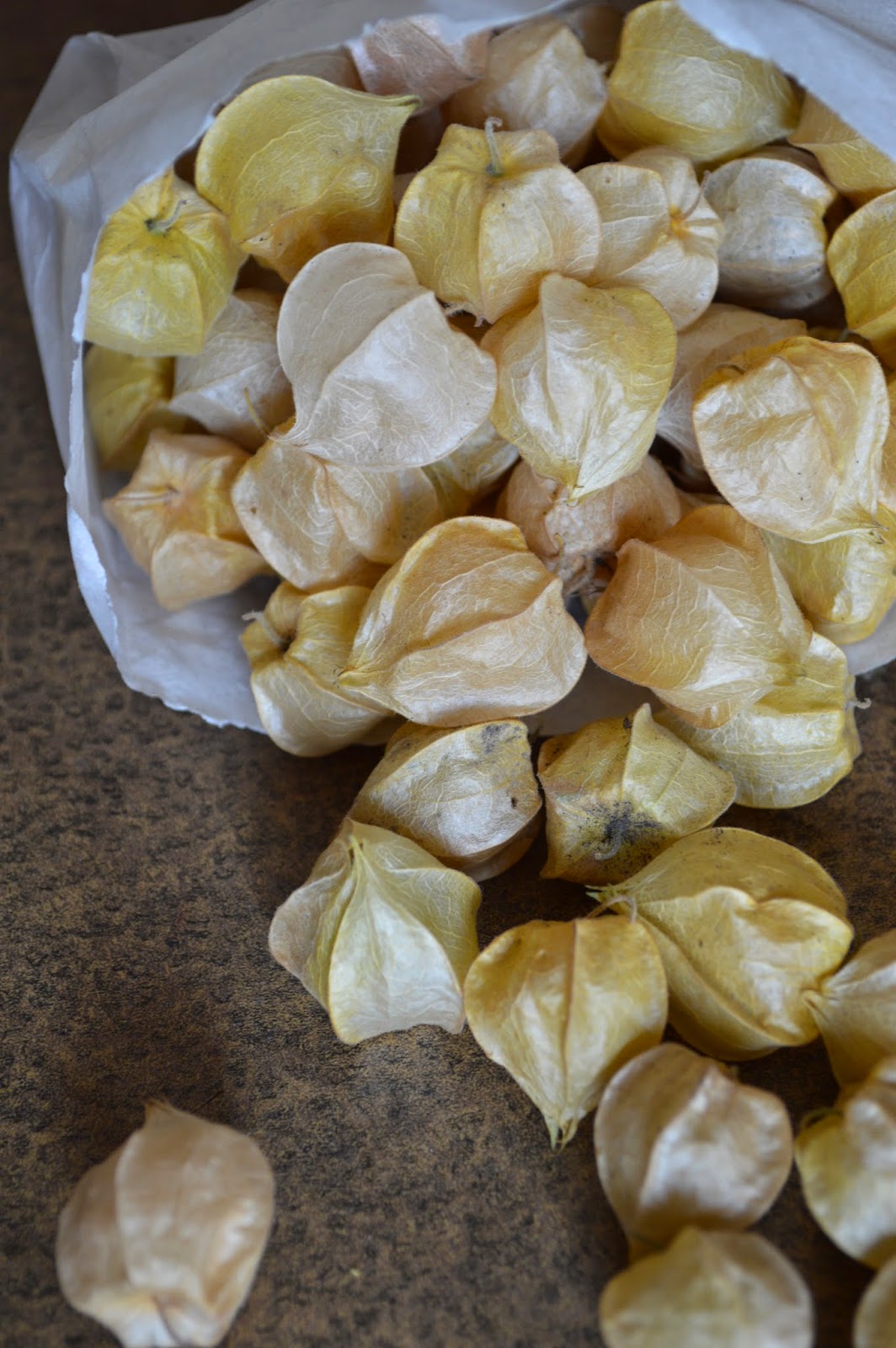 In fact, I actually picked extra ground cherries up at the city farmers' market, because I knew that it would be a dessert that we didn't want to share.  I'm not known for my willingness to share desserts.  The hubs loves to tell the story of one of our first dates, where he went to sample a forkful of the dessert I ordered and I, in a gut reaction, deftly swept his fork away with my knife.  He quickly learned that the best approach is to offer me some of his dessert, and then politely ask permission for a bite of mine.  Even then, not guaranteed.  I am serious about my sweets.

So, with the hereditary stinginess of desserts in mind, I decided to make individual Ground Cherry Crumbles.  You could also make this into one large crumble, but it's an easy enough dessert to make that everyone can delight in their own little dish.

Ground cherries are really hard to describe, flavor-wise.  They have the texture of a tomato, but the flavor is reminiscent of pineapple and other tropical fruits.  They are very versatile, and can dart on either side of the line between sweet and savory.  But you already know where I landed on that one.

So, on to the recipe.  Get as many ground cherries as you can, and take the paper husks off.  I enlisted the help of my girls, who made short work of the job.  And only ate a few.  It helped that I let them make the rest of the dessert with me as well.  We ended up with just shy of 4 cups of ground cherries. 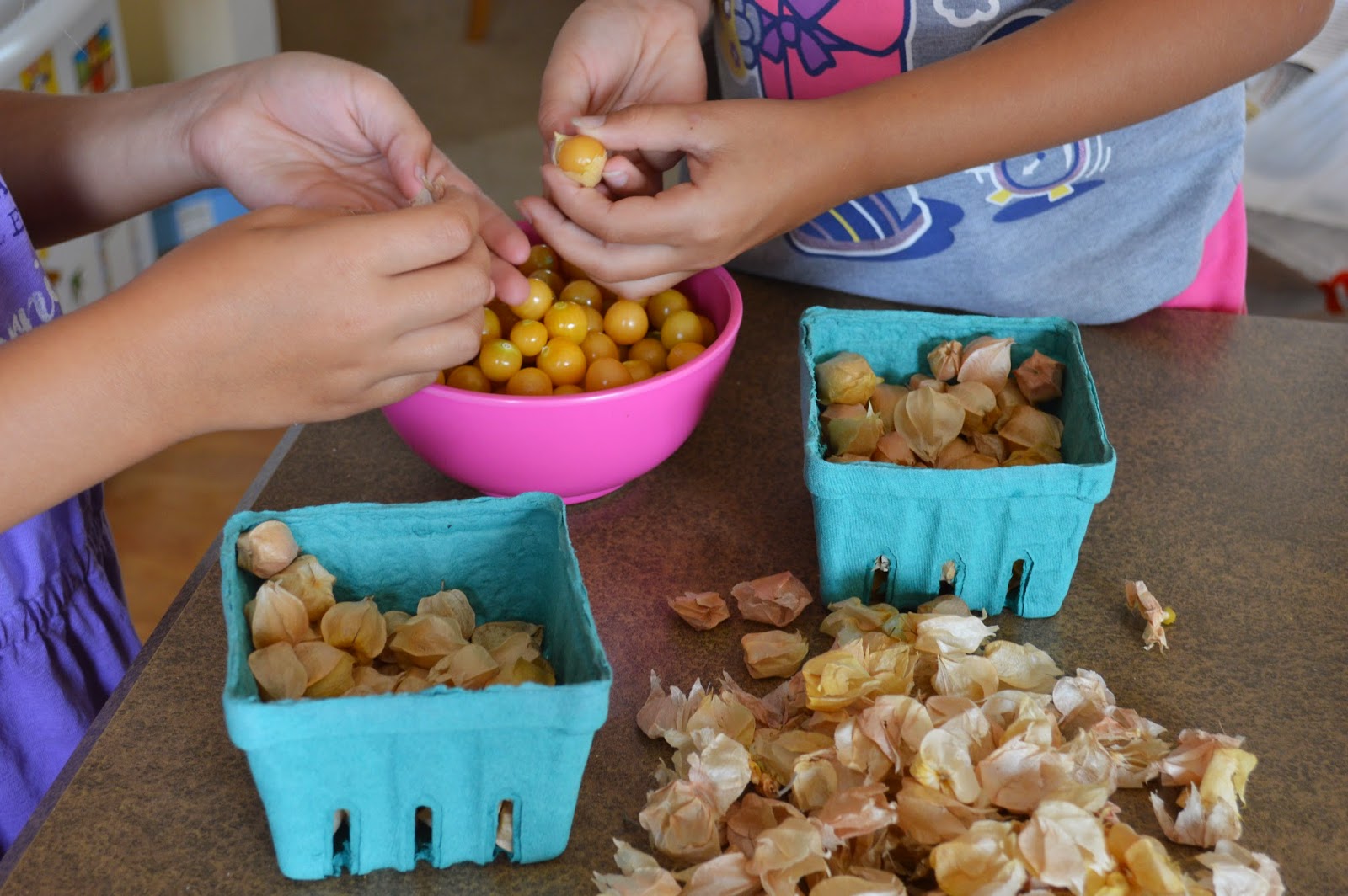 Give them a quick rinse and dry, and then put them into individual oven-proof dishes, or one big dish, if you'd like. 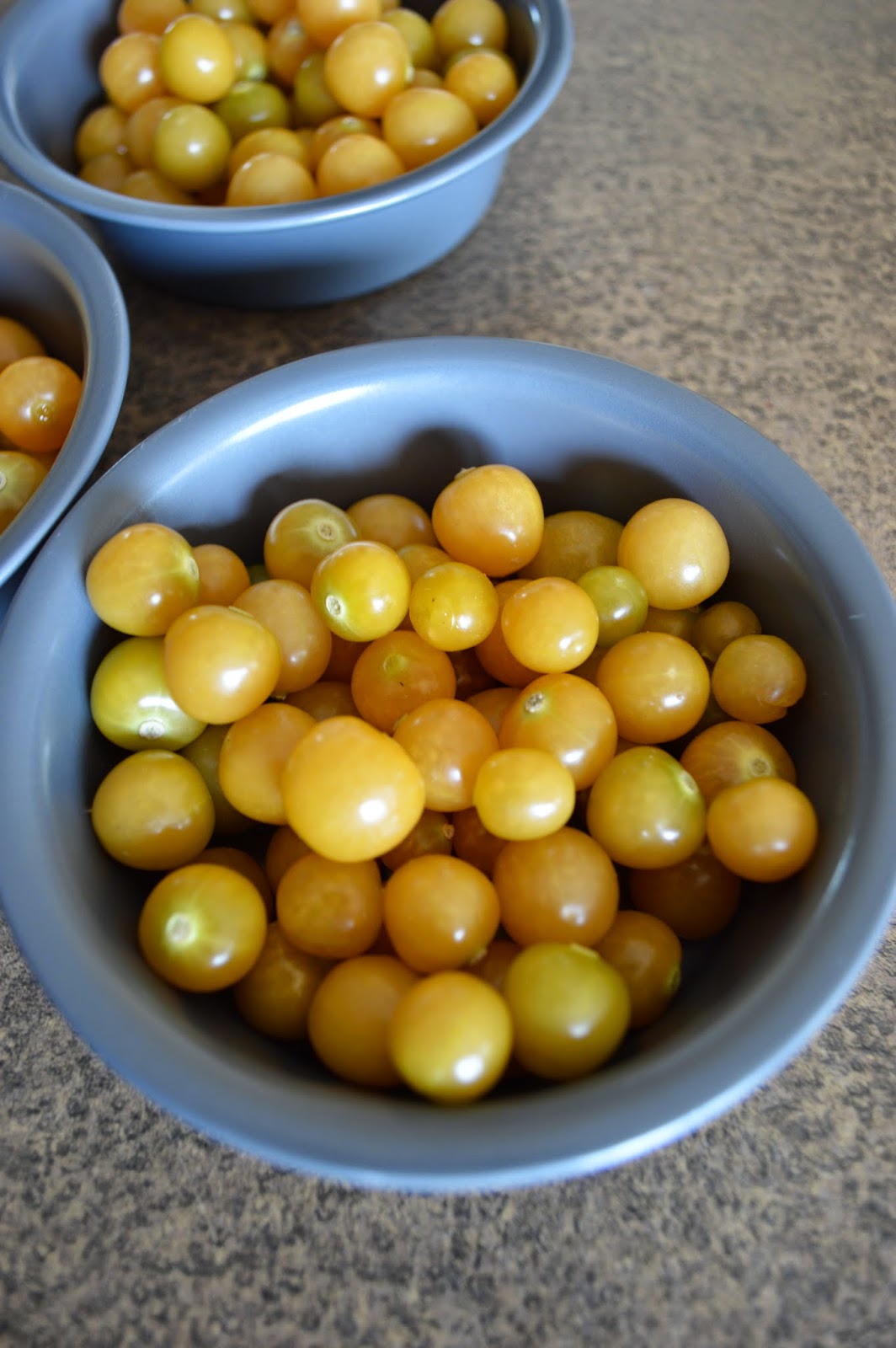 Preheat your oven to 350 degrees.

Mix 1/2 cup of dark brown sugar and 2 tablespoons of flour together, and sprinkle that over the ground cherries.  Toss them together a bit.  Once they start baking and release their juice, this will turn it into a nice syrup. 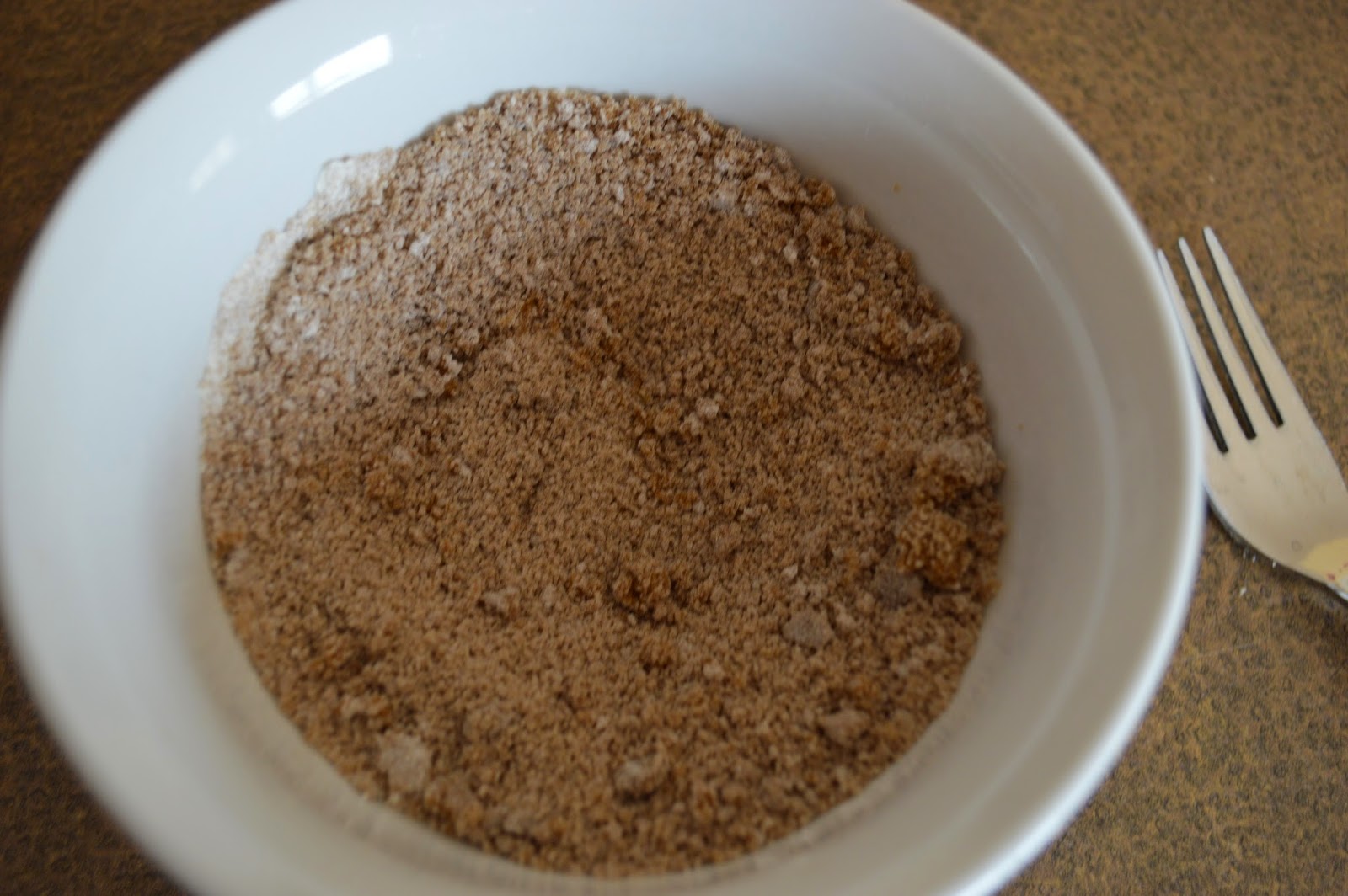 Mix another 1/2 cup of dark brown sugar with a cup of oats and 4 tablespoons (half a stick) of butter, chopped up, until it looks like coarse crumbs. 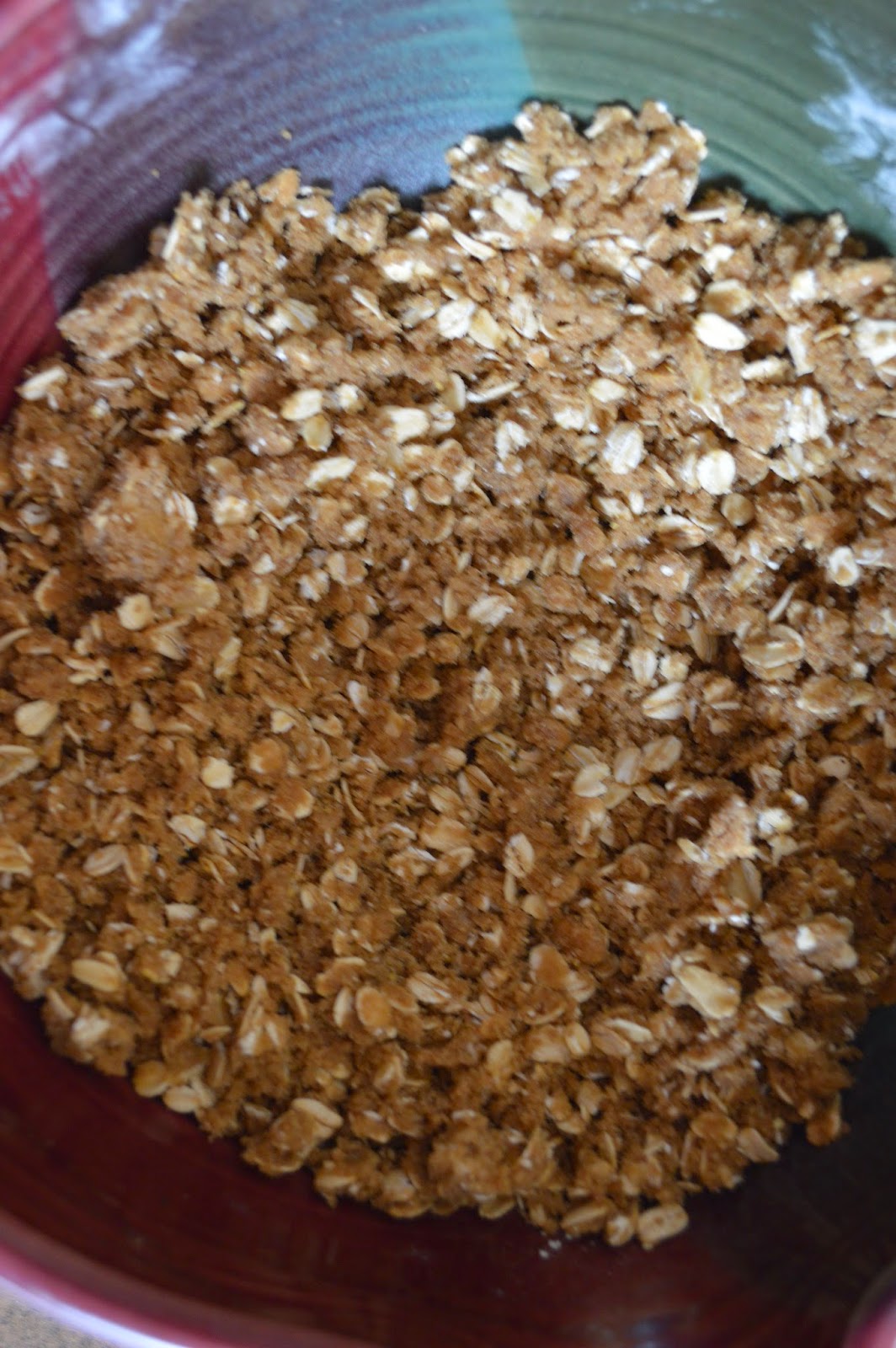 Sprinkle the crumble over the ground cherry mixture, and give it a little press down. 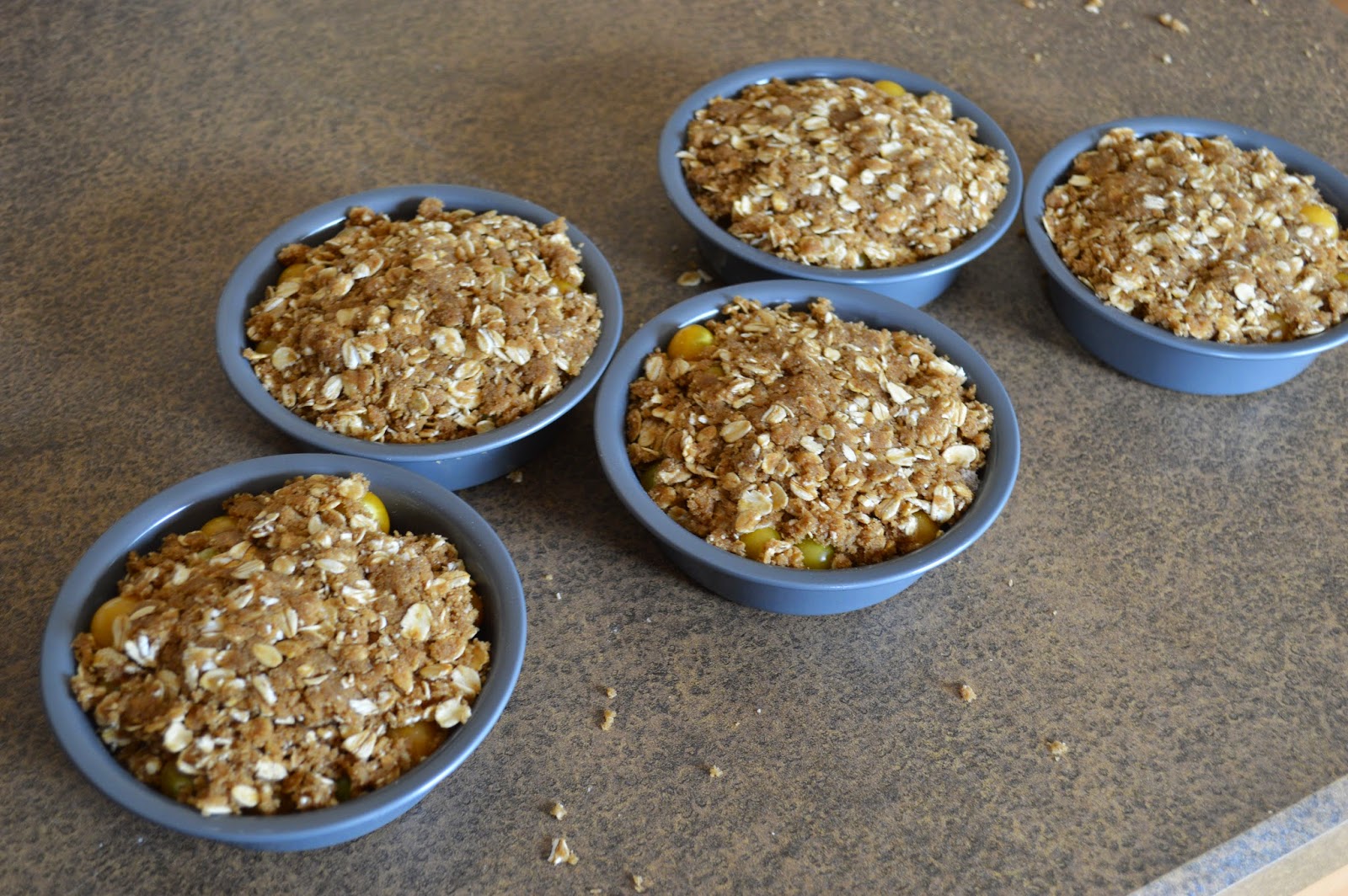 Pop into the oven for about 30-40 minutes for individual dishes, longer for one large dish.  You might want to put the dishes on a baking tray, in case things bubble over a bit.  You want the filling to be bubbly and the top to be golden and firm. 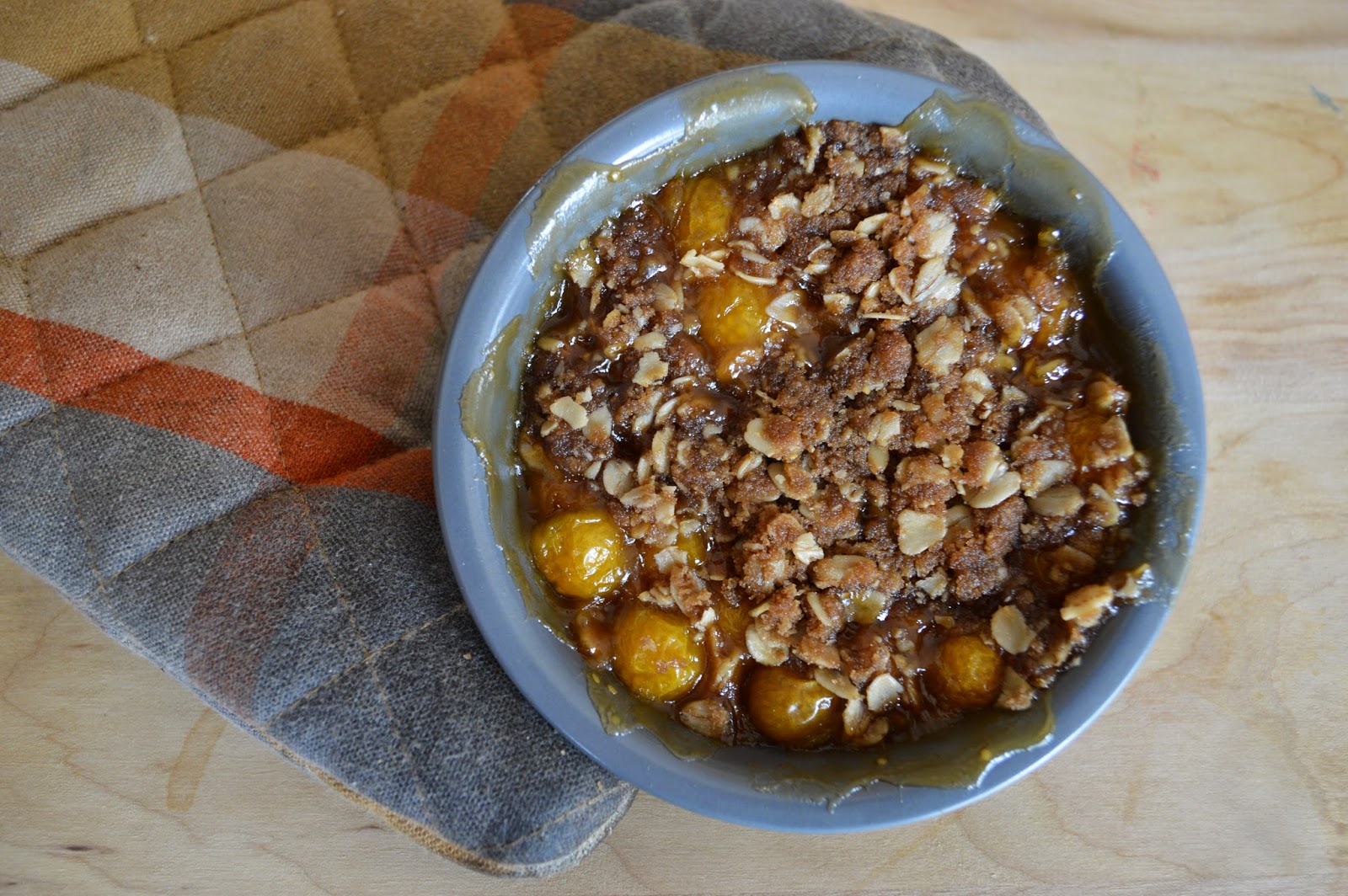 Serve as is, or top with a scoop of ice cream or some whipped cream. 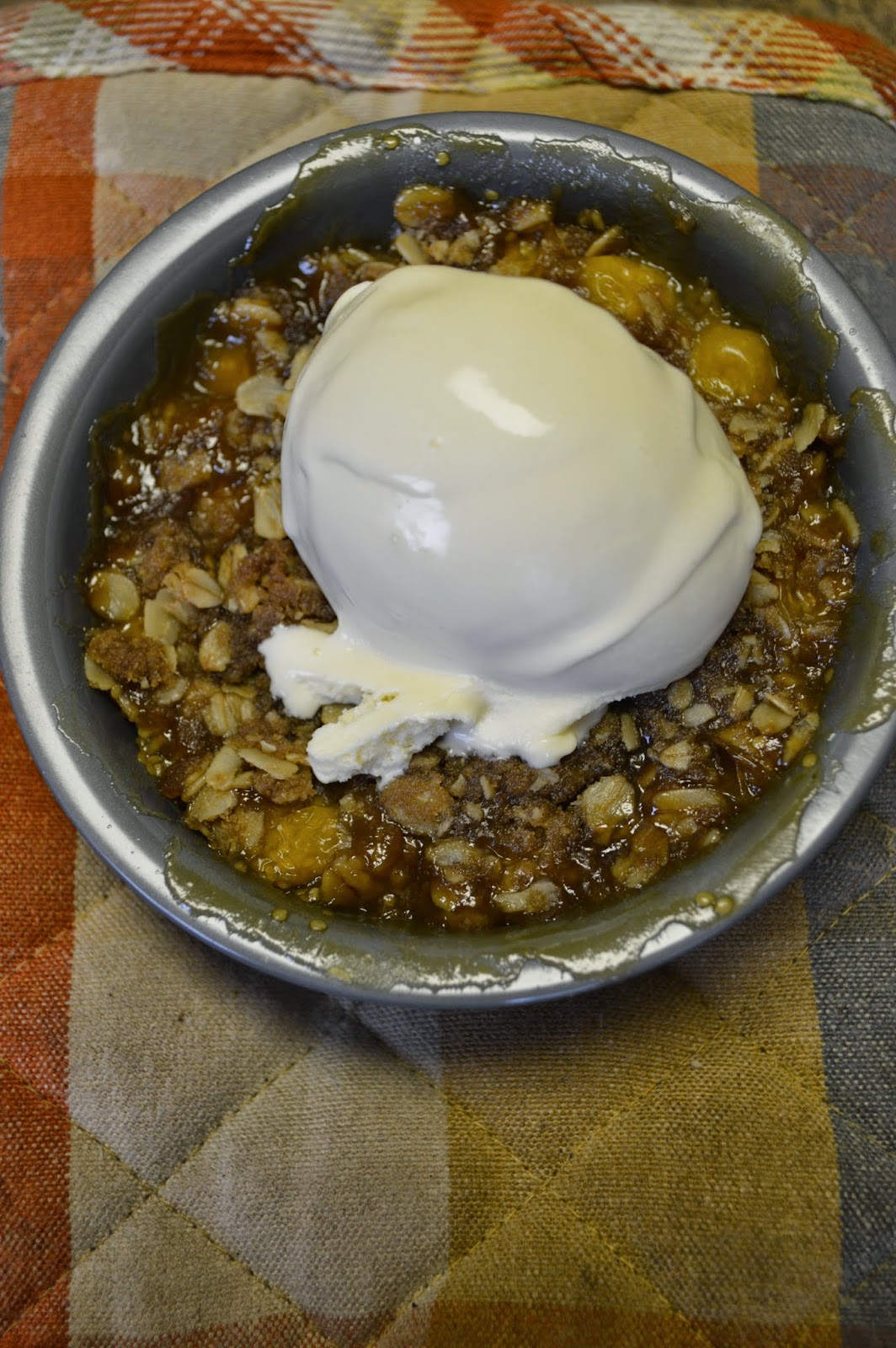