We've been getting a lot of butternut squash from our CSA lately.  Like one or two a week.  Which is fantastic, don't get me wrong, but I'm not a huge squash fan.  So putting it to good use is a huge task for me.  I'm really trying to think outside the box and find ways to prepare it that make my tastebuds dance with excitement, and this soup is one of those recipes. 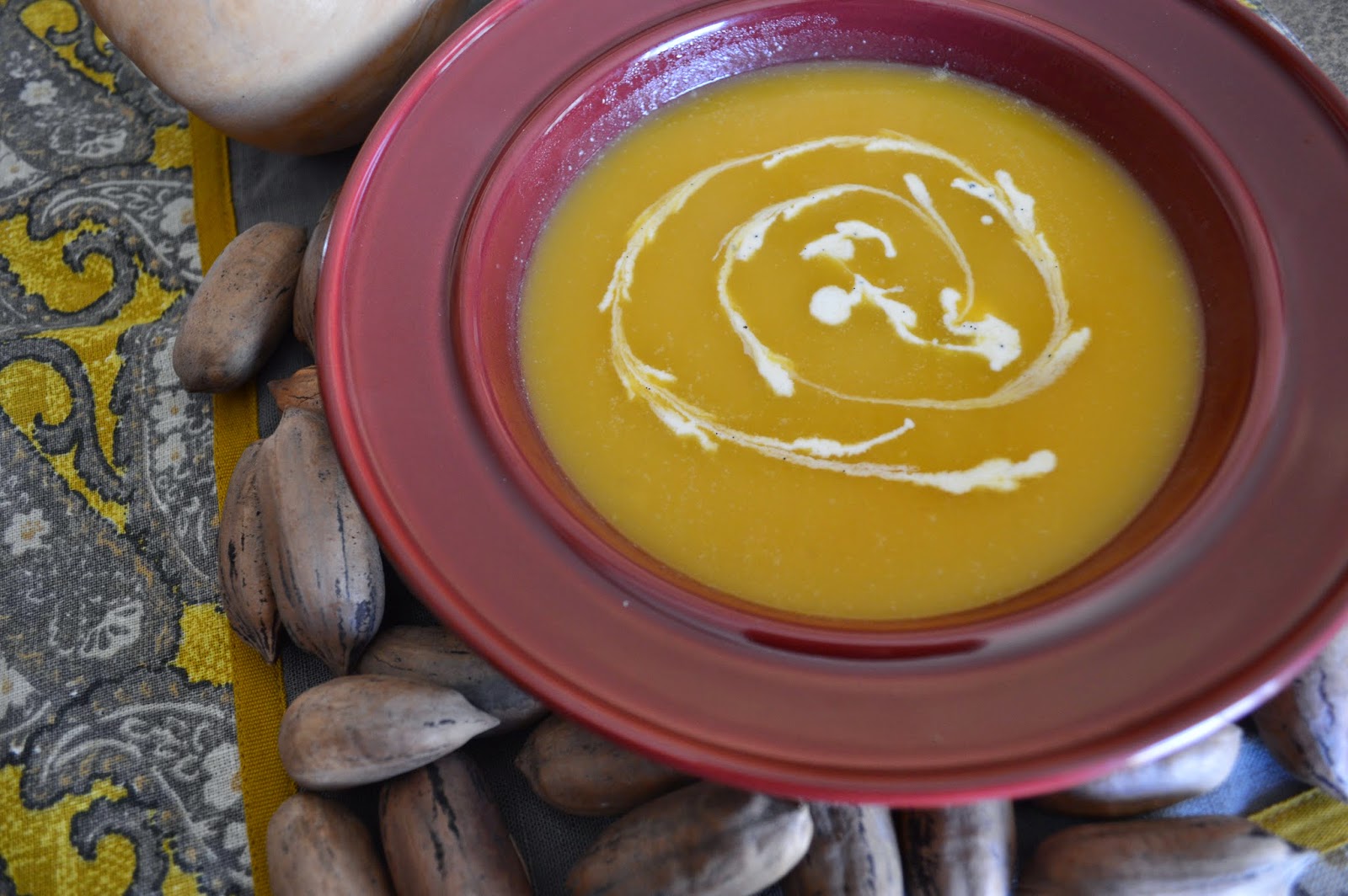 The idea for this soup came from one of my favorite foodie reads, A Homemade Life, by Molly Wizenberg.  Her recipe for Butternut Soup with Pear, Cider, and Vanilla Bean was too perfect to alter.  It's both savory and sweet, and is very filling for a veggie soup, thanks to a healthy dose of cream.  I wasn't sure how this one would go over with my kids, as it's a lot to wrap your head around, but they loved it too!  Score! 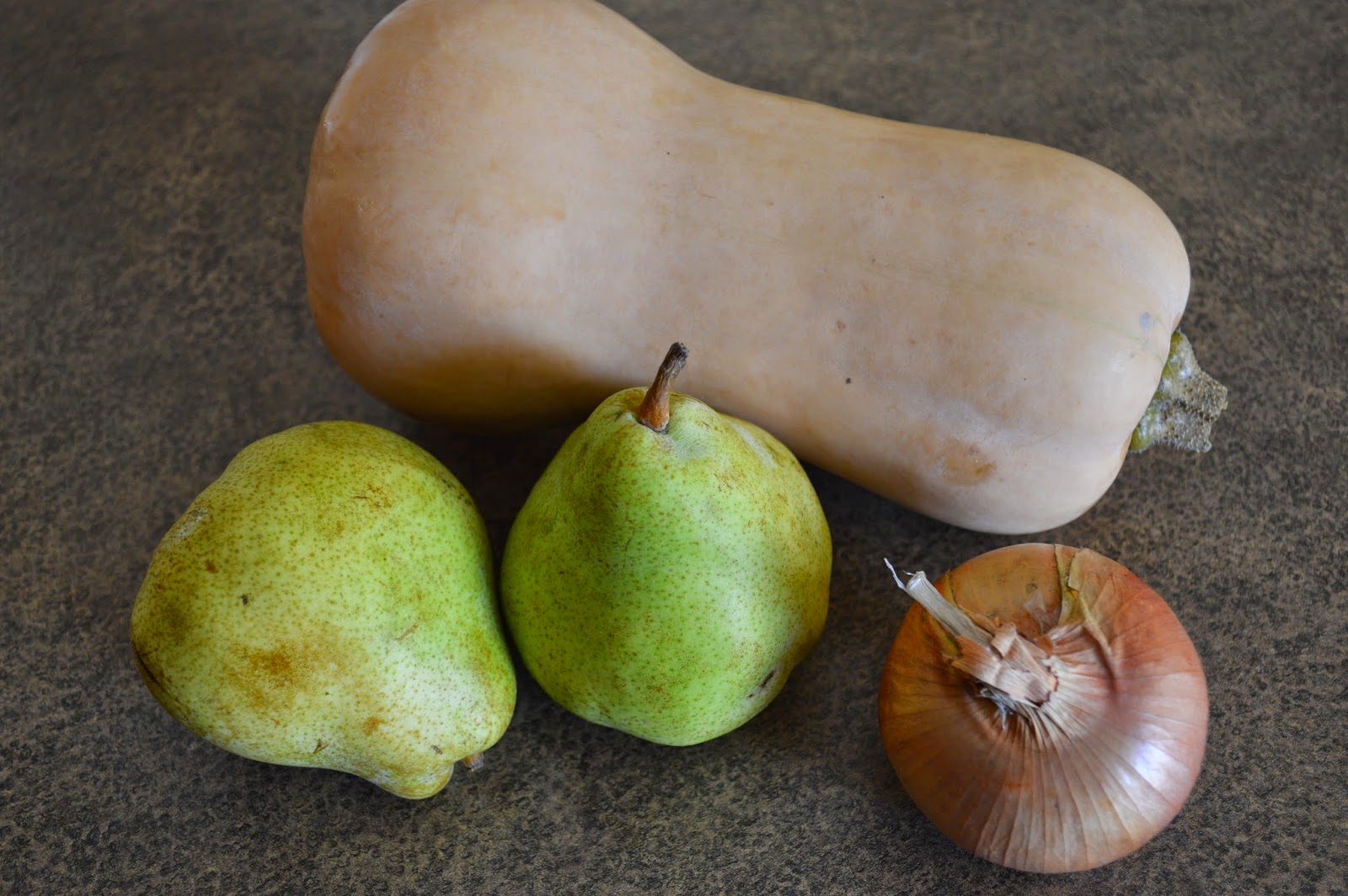 The hardest part of this one is the peeling and chopping.  You'll need to peel and chop one butternut squash (seeded), 2 pears (cored as well), and one onion.  It gives your arm a bit of a workout. 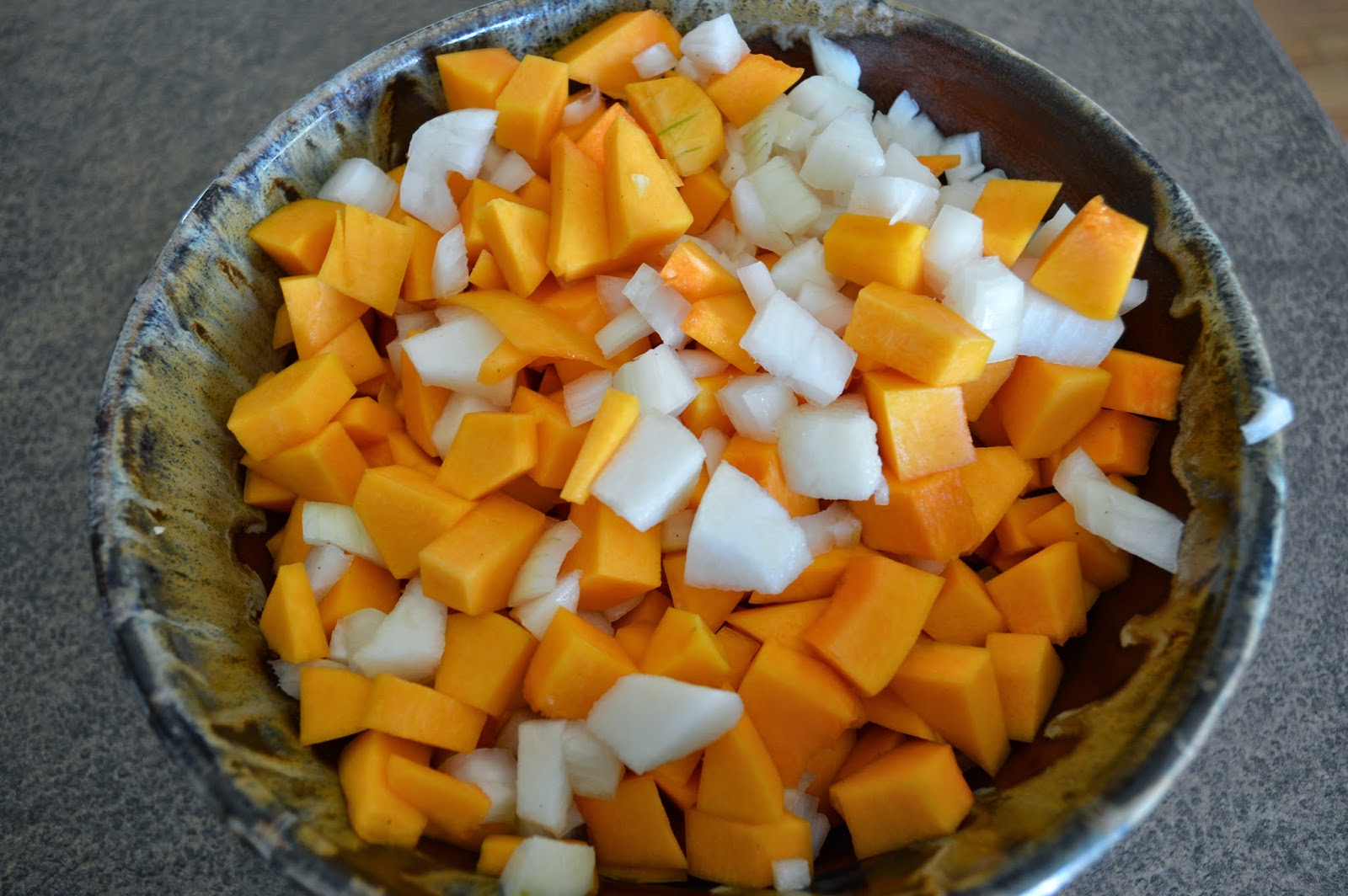 Once those are chopped, heat a bit of olive oil in a stockpot and toss in the chopped fruit and veg to coat them with oil.  Cook them for 10 minutes, until they are getting tender. 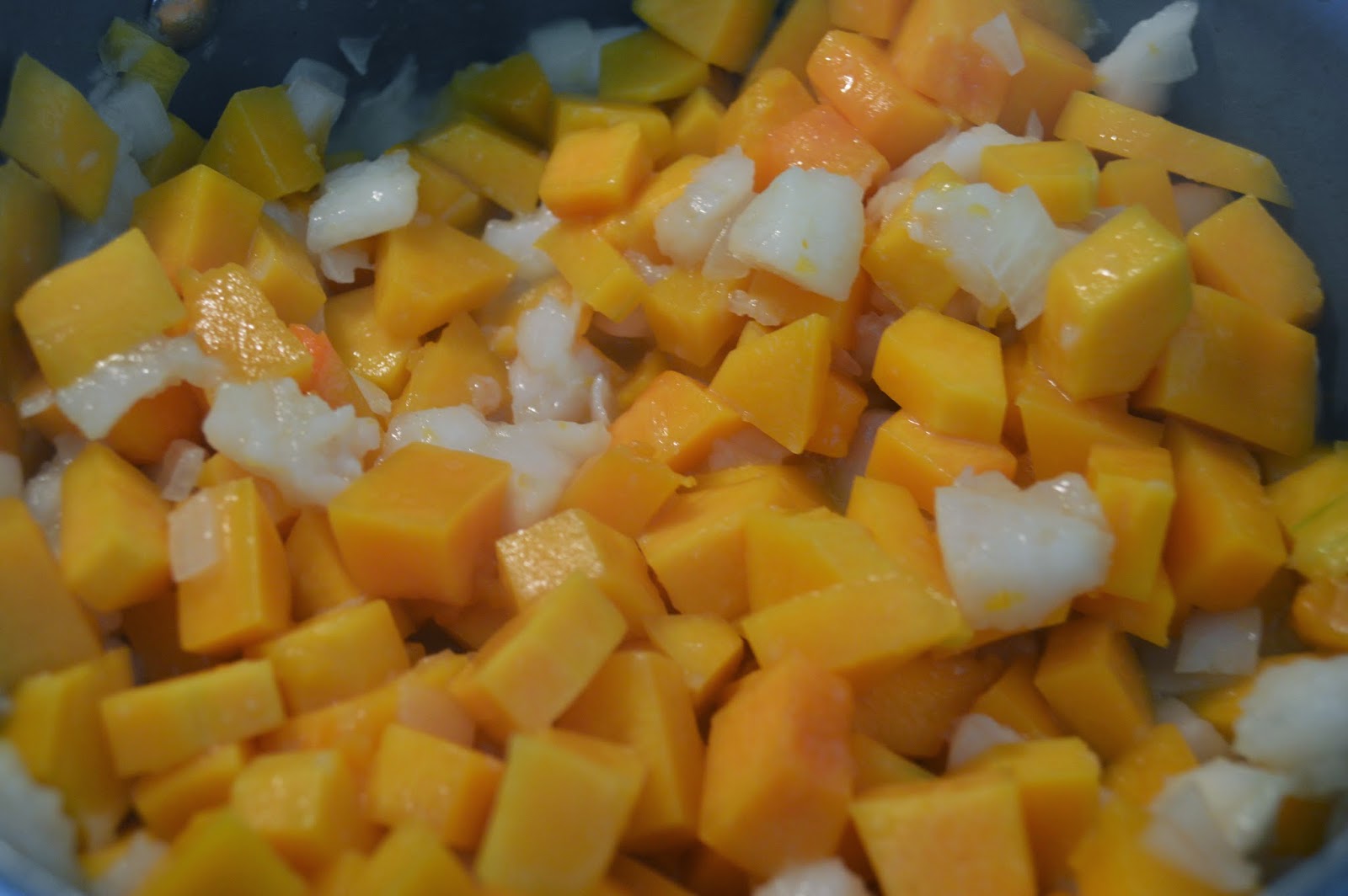 Add in 1 cup of apple cider and bring it to a boil.  Then add a quart of vegetable or chicken broth.  Bring it to a boil and then reduce the heat to simmer it, partially covered, for 30 minutes. 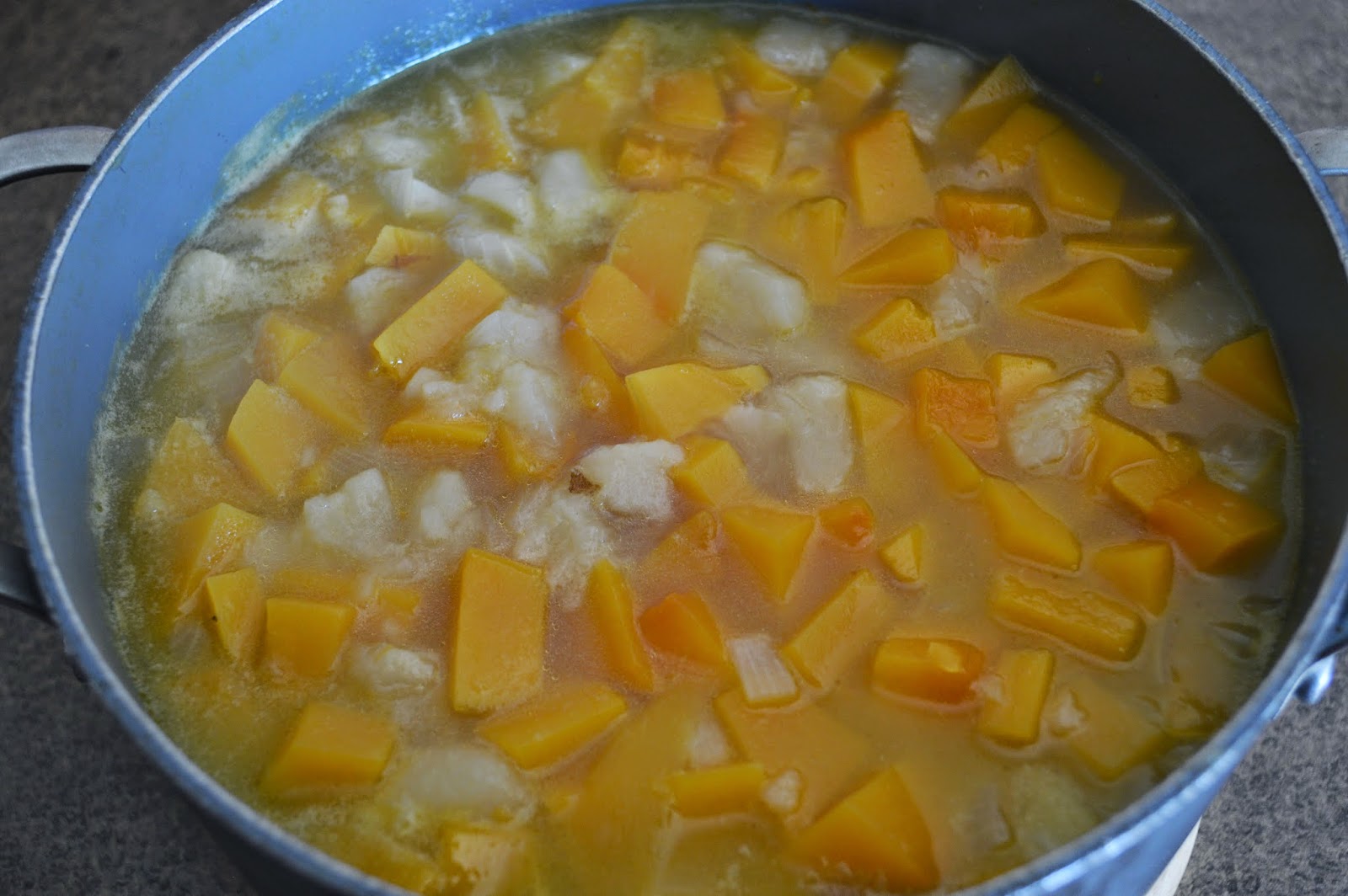 If you have a hand-held immersion blender, use it to blend up the soup to a smooth consistency.  If you don't have one, you can blend it in small batches in a blender or food processor.  Just be careful...hot liquids are not always kind. 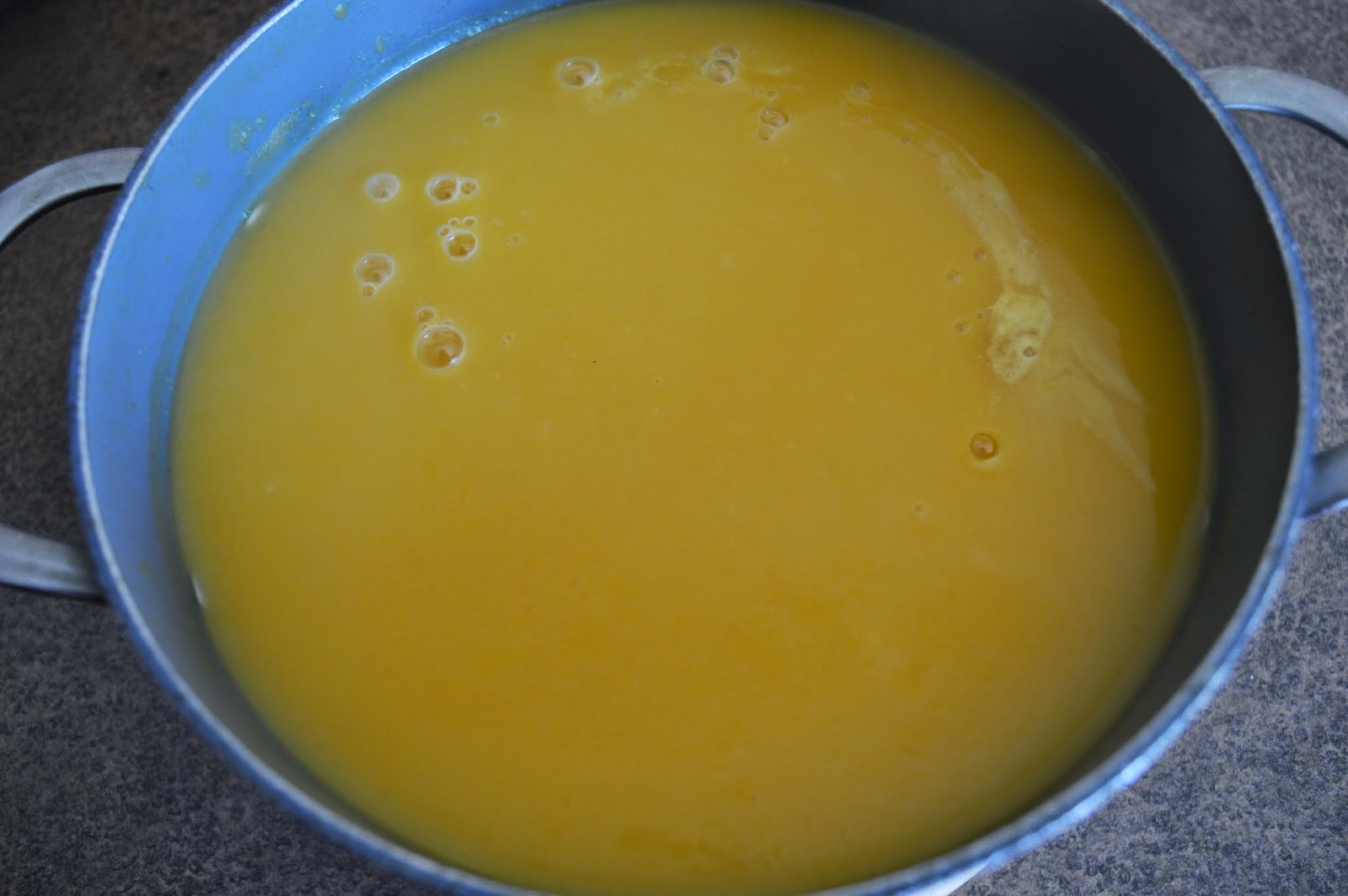 In the pot, add a touch if salt and pepper and return the soup to a boil.  Cook it over medium heat until it has reduced to a thickness that you like.  I like mine reduced by about half of the original volume.

While that's simmering, take a half cup of cream and pour it into a small saucepan.  Then split a vanilla bean in half with a sharp knife and scrape the seeds into the cream.  Throw in the vanilla pods for good measure.  Warm it slowly over low heat, until it steams but doesn't boil.  Take out the vanilla pods.


Once the soup is how you like it, swirl in the vanilla cream, or use it to decorate your bowls.  Molly also says to garnish it with chives, which would be a nice pop of flavor, but I like to get fancy with the cream.  Seriously, it's not as hard as it looks. 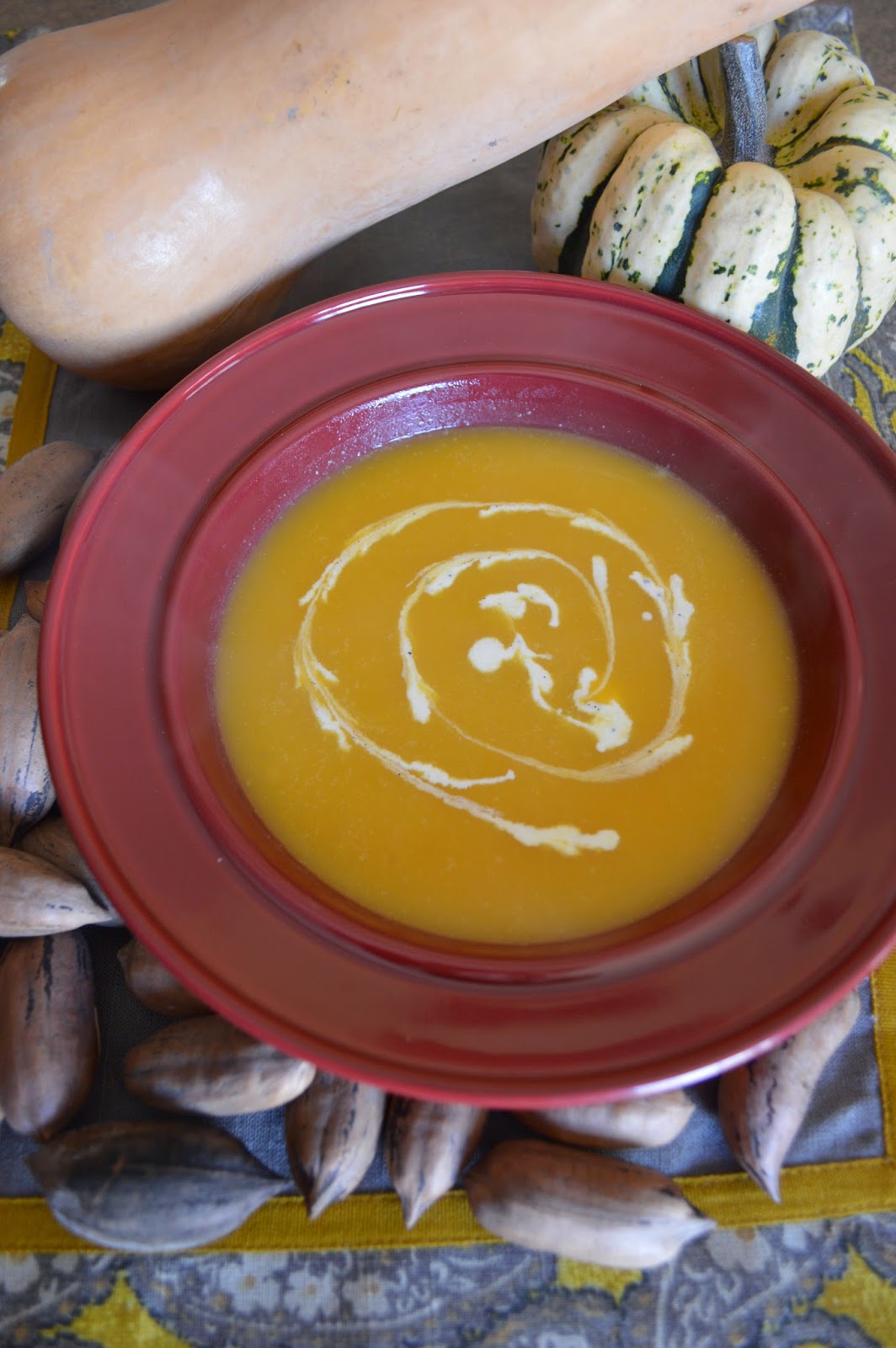 If you opt for the vegetable broth and omit the cream, you've got yourself a fantastic vegan dish as well.

Another idea for this soup is to get trendy with it and serve it as soup shooters.  It's such a gorgeous color!  Wouldn't that be a great start to a Thanksgiving dinner? 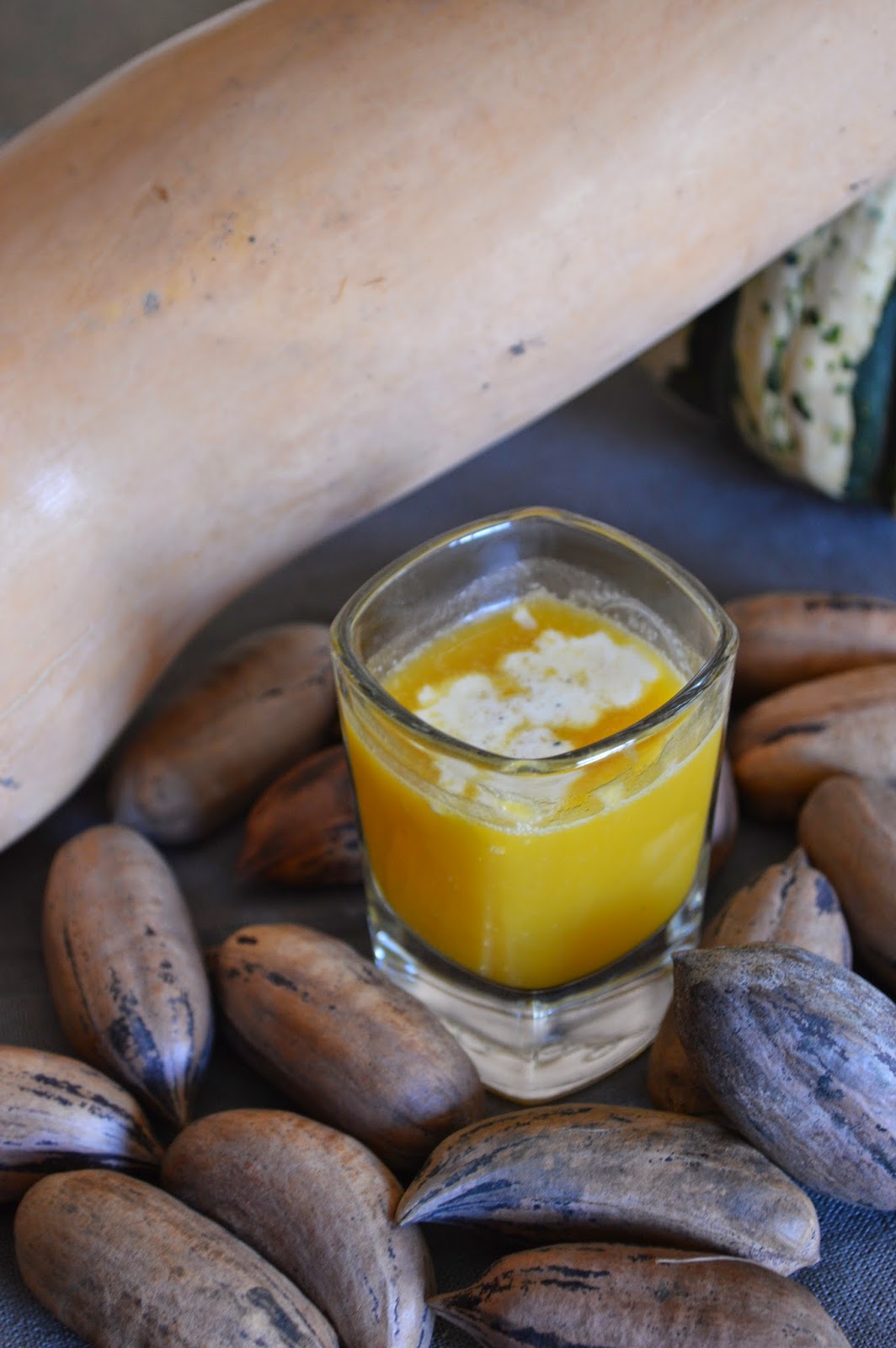