There's never a time when I don't want to eat veggies, but I totally understand that that feeling is not mainstream.  However, I'm still convinced that if people don't like veggies, it's probably because they haven't tried them the right way.

Bubble and Squeak is a British dish, and even though I don't have to translate the name, because it's in English, I'm pretty sure it's code for "cram in as much veg as possible and then make it taste delicious".  I mean, that's basically the premise of it.  All the veggies you want, add some seasonings, and pan fry it on butter until it gets nice and crispy.  So, so good! 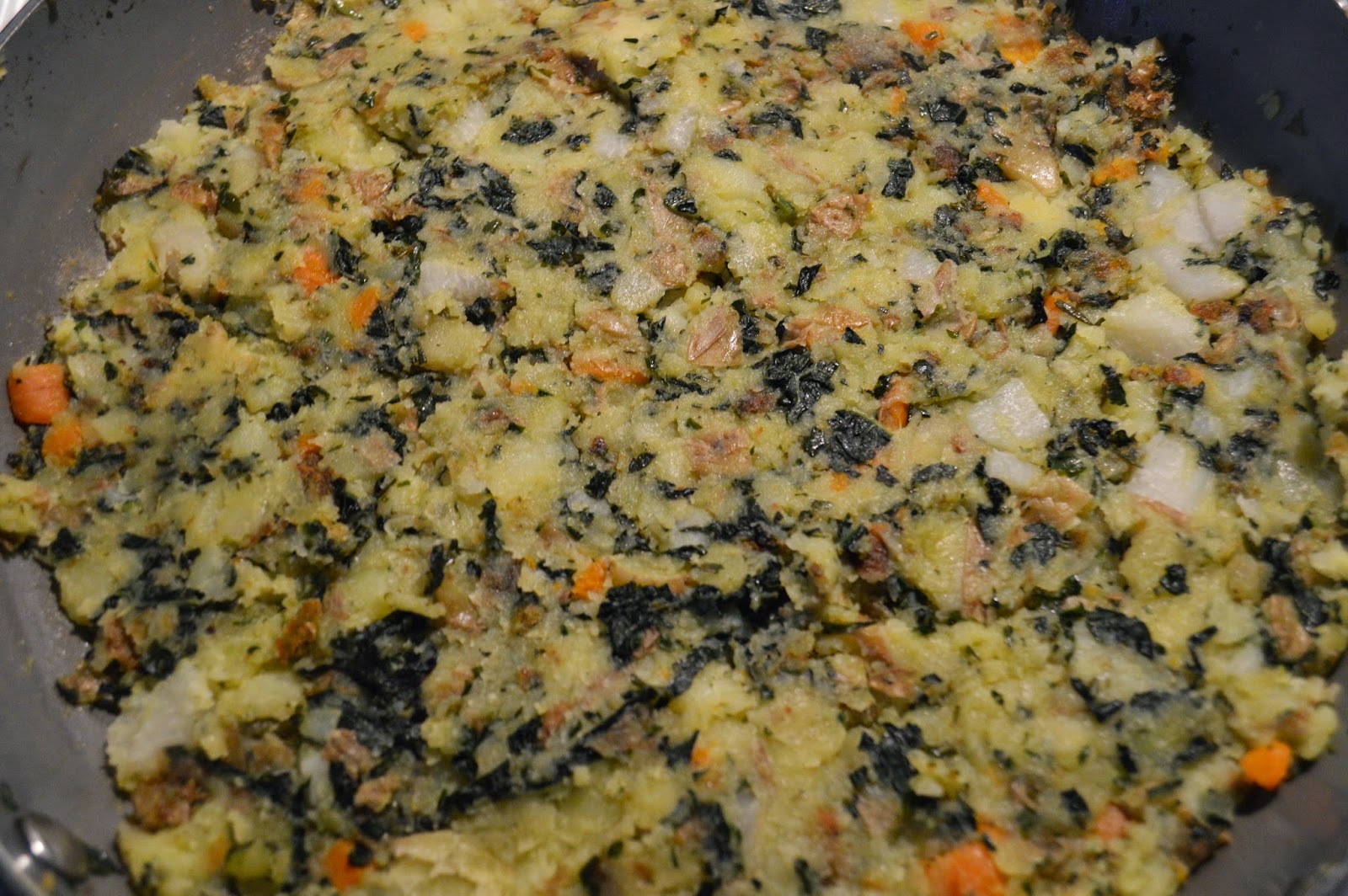 This is a dish that takes patience, but if you've got a little time, it's so worth it.  I like to throw it on when I have a dinner that takes some baking time, like a roasted chicken.

First, take a bunch of root veggies and cut them into small cubes.  It should be about 1/3 potatoes, but after that, go wild.  I used carrots and kohlrabi, because that's what my garden had fresh to offer, but feel free to try squash, parsnips, rutabaga, beets...whatever! 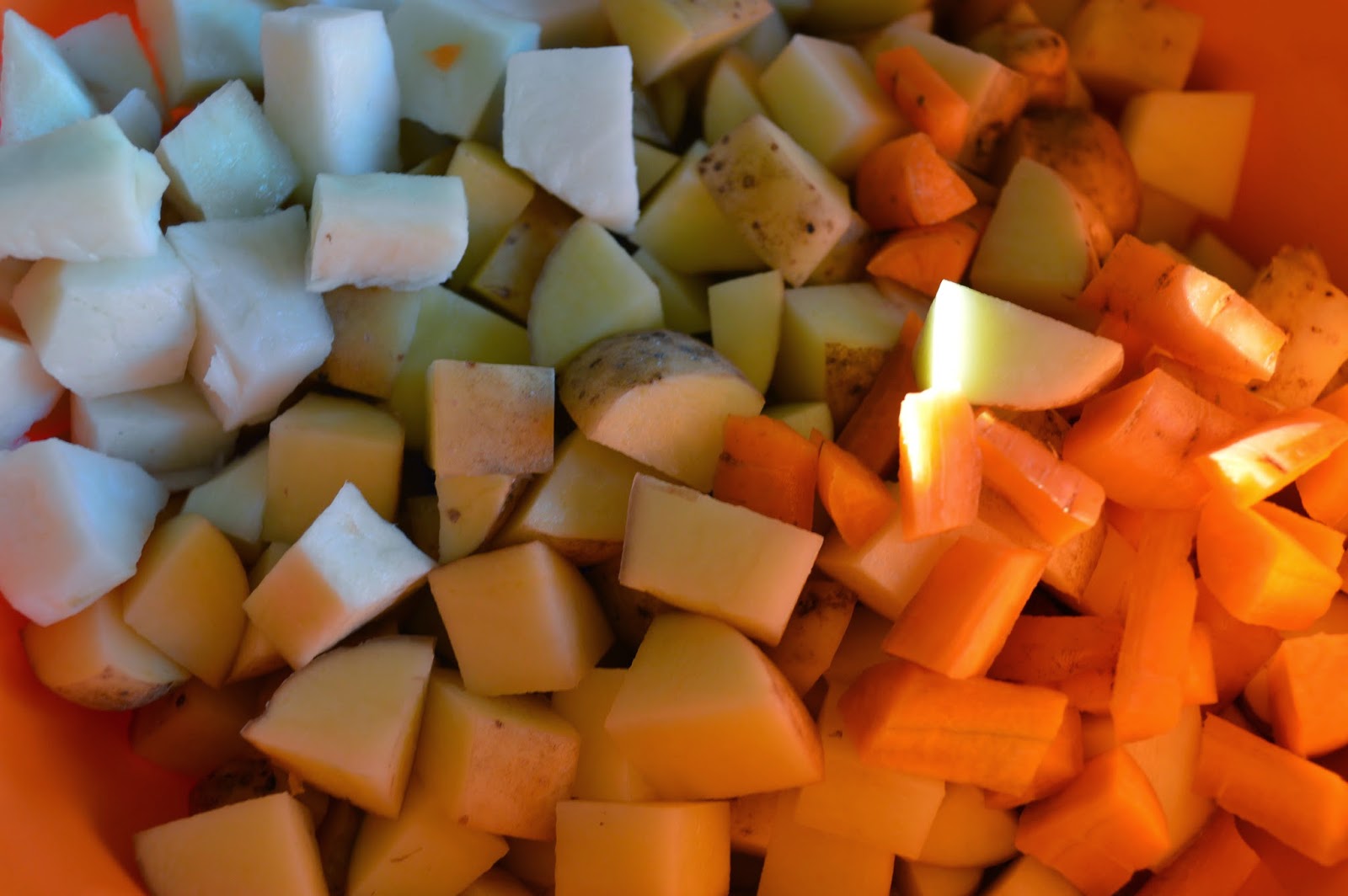 Put them in a pot with salted water and bring it to a boil, until the veggies are tender, about 10-15 minutes.  If you have more tender veggies that you want to use, like kale, celery, chard, leeks, peas, or cabbage, throw those in at the last 3-5 minutes of the boil. 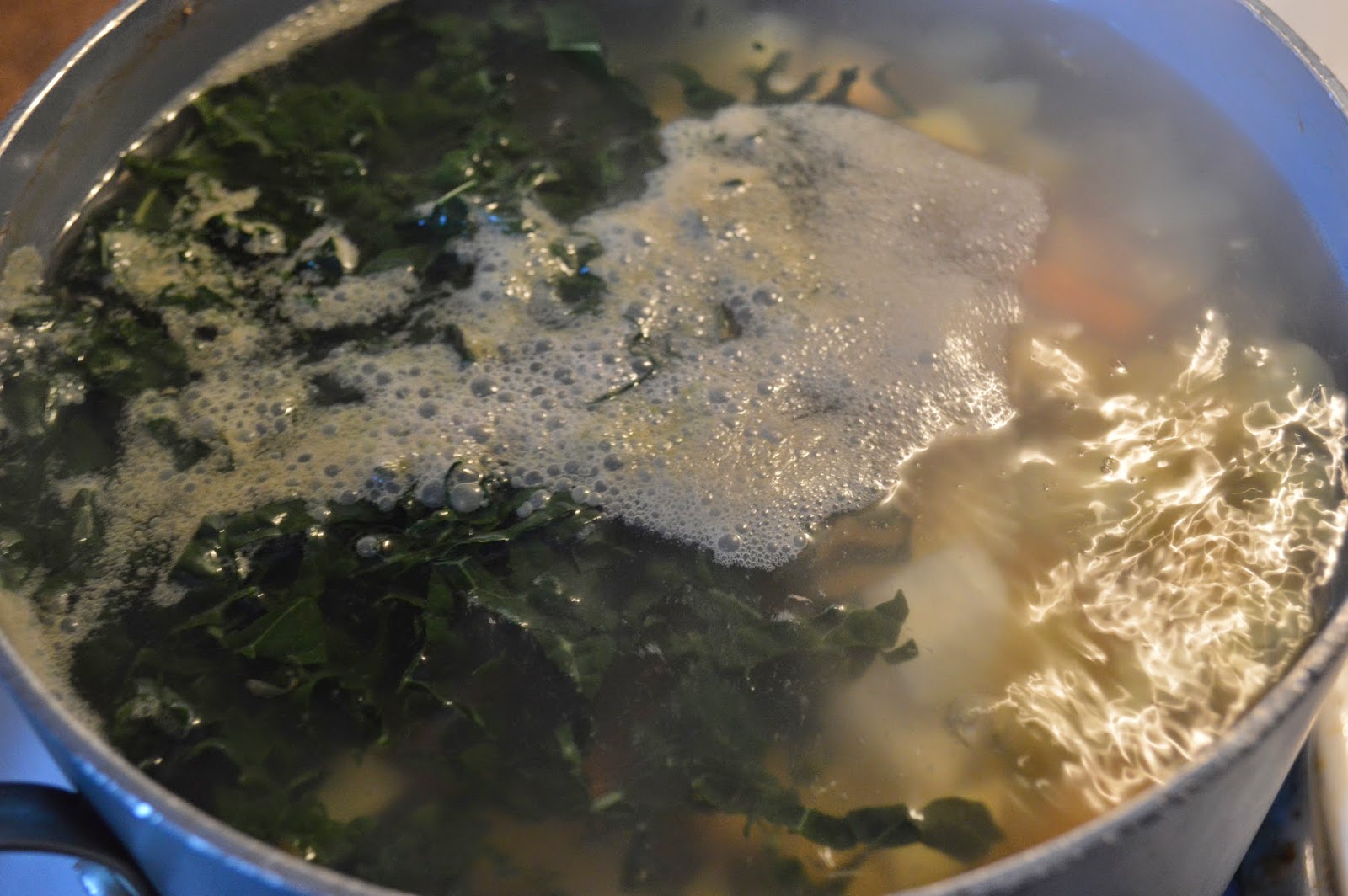 Drain the boiled veggies and let them steam off the moisture a bit. While that's happening, chop up a big handful of fresh herbs.  Parsley, thyme, rosemary, basil...throw in whatever you can get a hold of that's fresh. 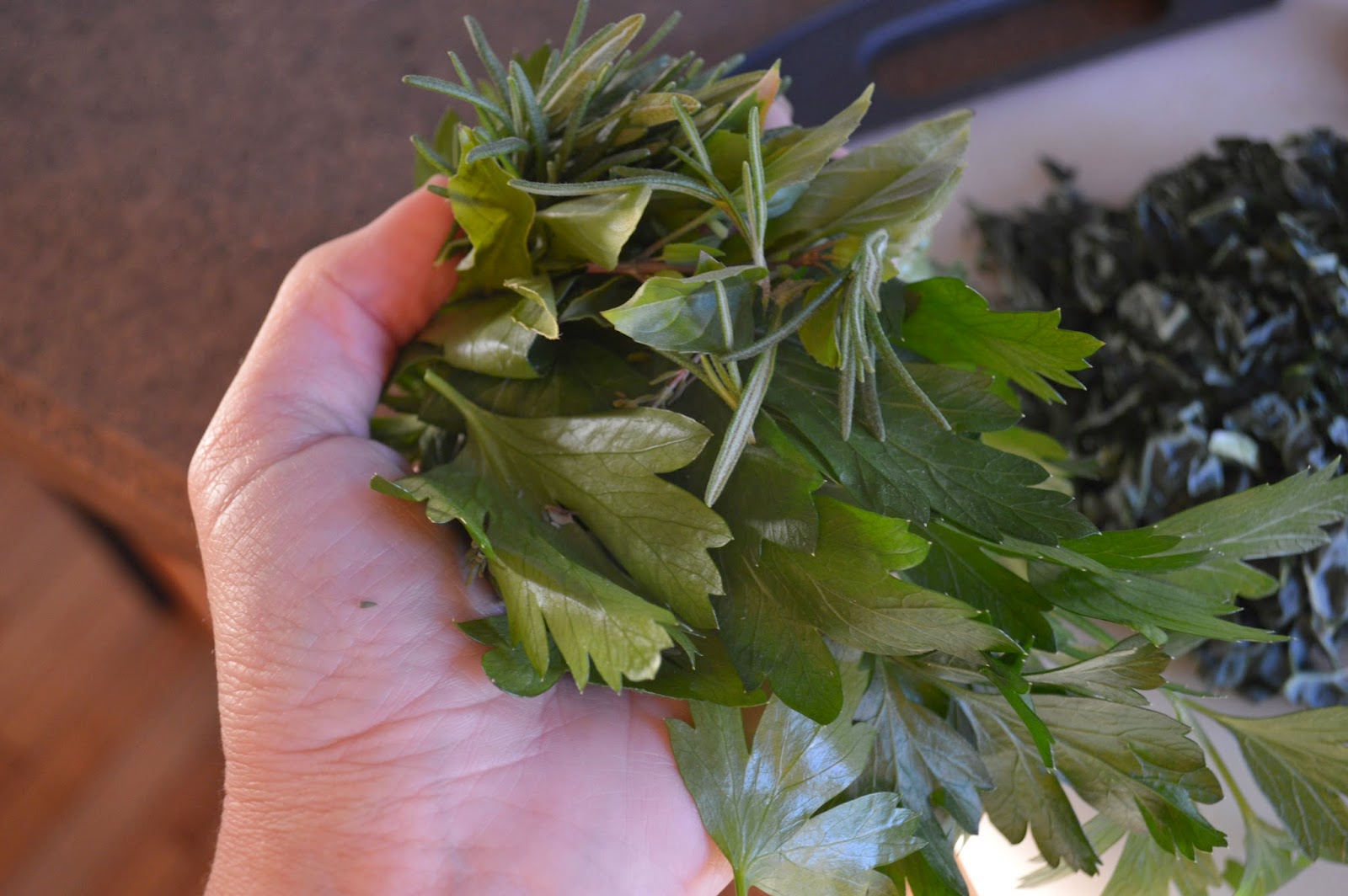 Melt a couple of tablespoons of butter in a large skillet with a swirl or two of olive oil. 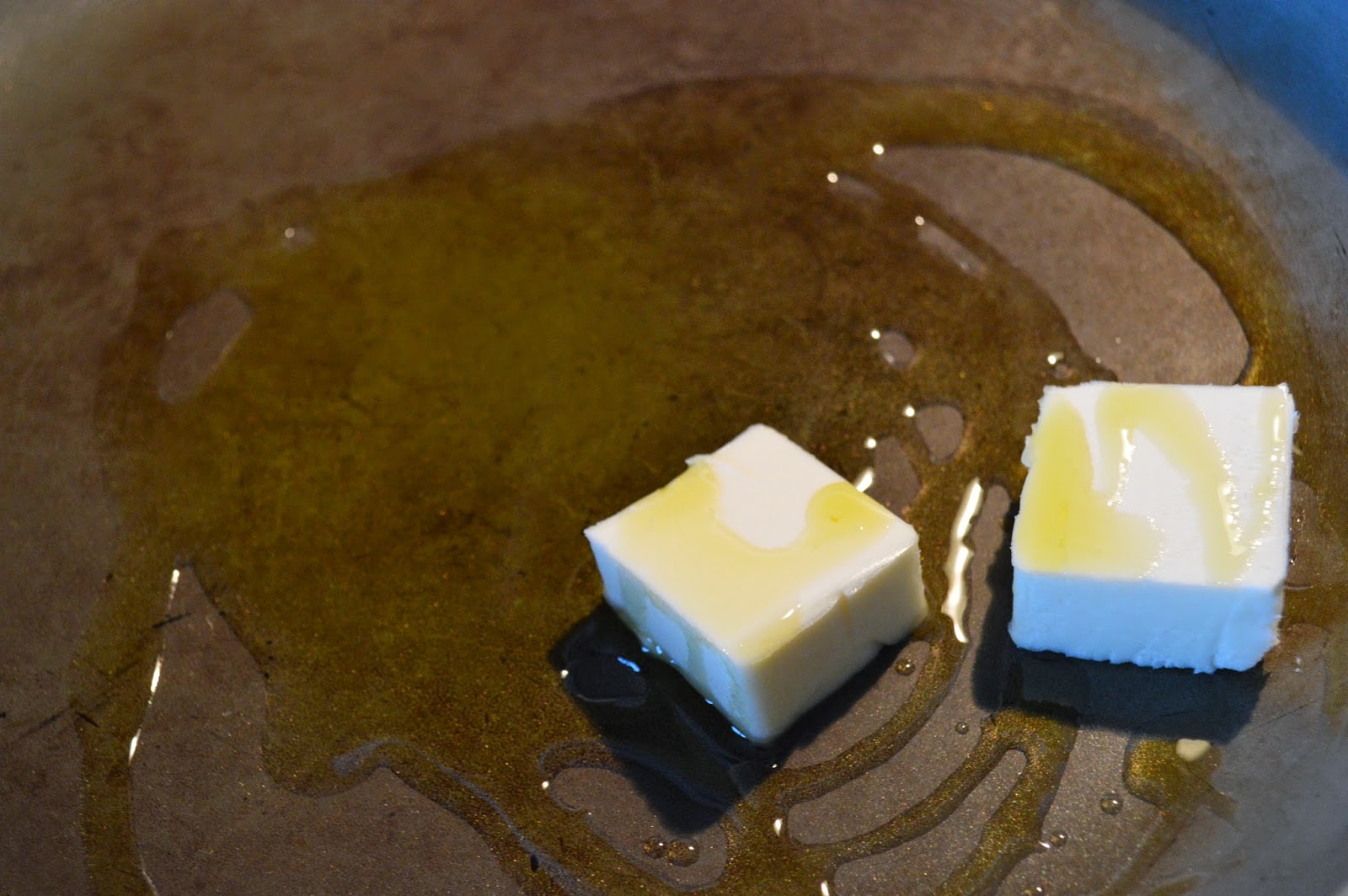 Give the herbs a splash in the pan, and then add the boiled veg.  Give it all a good mix around with some salt and pepper, and then flatten it down with the back of your spatula.  Let it cook for 15 minutes or so, until it gets a nice crust on the bottom.  Then flip it to the other side as best you can, season it again, or just mix it up again and then flatten it out again.  Repeat as many times as it takes to get a nice mix up with a good crisp crust.  You'll hear a lot of noise from the pan, and that's where Bubble and Squeak gets its name from.  All that bubbling and squeaking makes for a tasty treat! 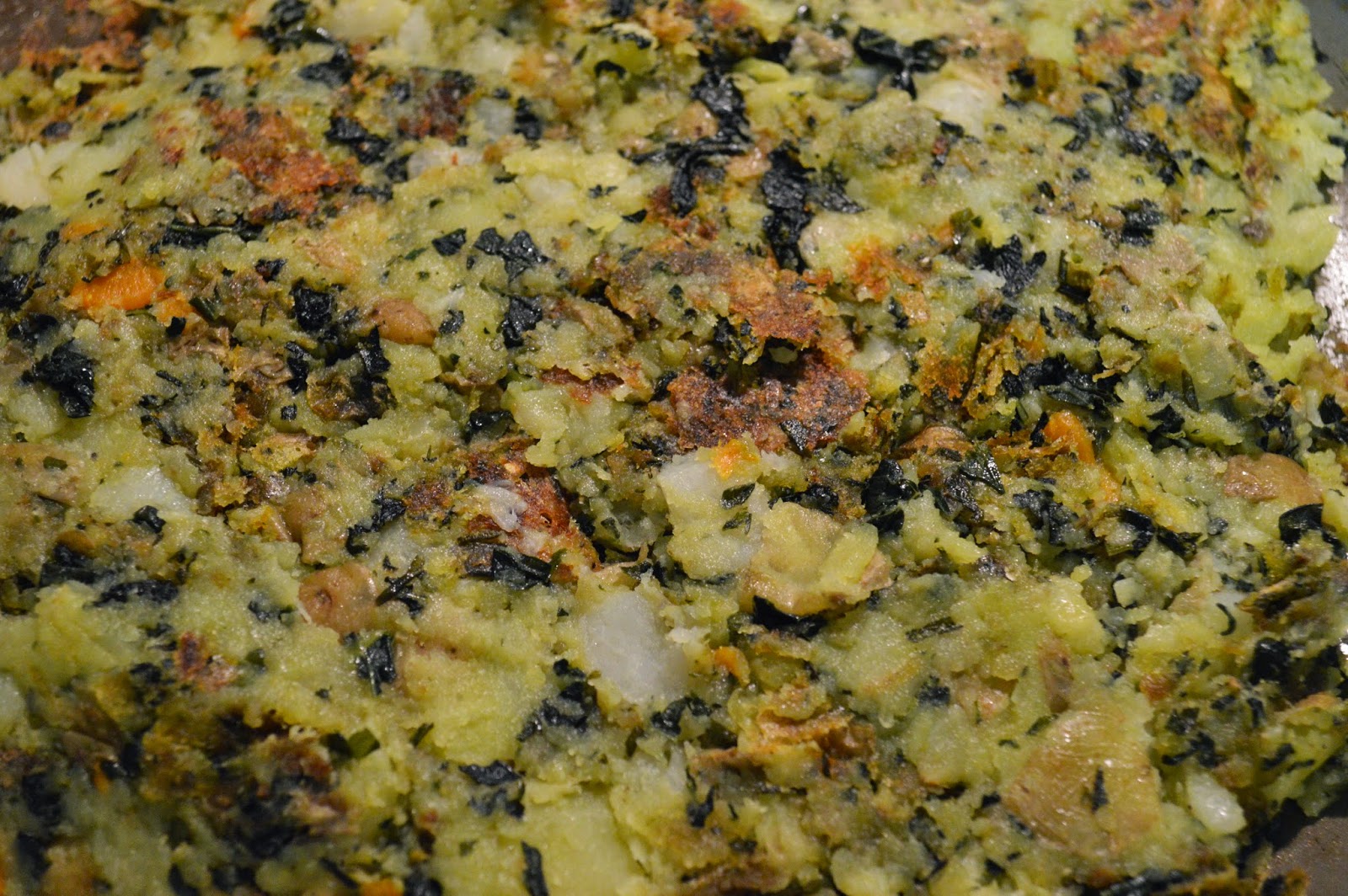 Serve in wedges as a side.  This is also a great breakfast, if you happen to have any left over. 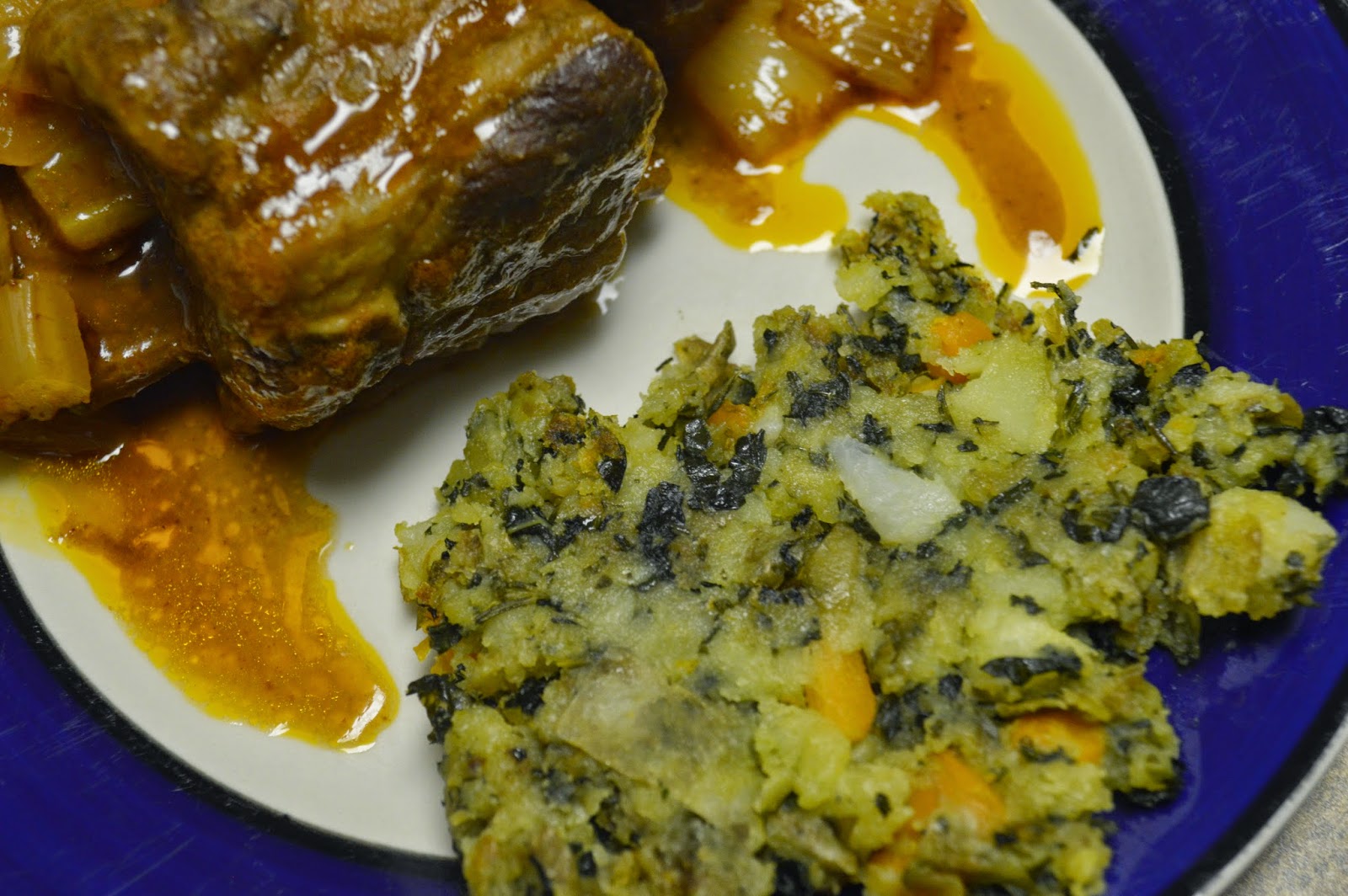