Fennel is one of those veggies that people tend to ignore.  You might know what it is, but not a lot of people have actually tried it, that sort of thing.  And, if people do have an impression of fennel, it's that it tastes like licorice...which is a well known "love it or hate it" flavor.

Belonging to a CSA means that sometimes I am faced with veggies that are a little odd, or new to our table.  Years ago, when we started in with the CSA, I had only had fennel a time or two, mainly in salad-type things.  Then I started coming across recipes that didn't try to shirk off fennel's sweet side, but embraced it, and wrapped it in a cozy, slightly spiced comforter.  I started to see a trend with nutmeg and sugar popping up on my culinary radar.

This caramelized fennel was life-altering.  For me at least.  I'll confess, I'm a Dutch-bred licorice lover.  It's in the blood.  My middle child and I can take down a bag of black salt licorice in no time flat.  There have been times in my life (ahem, pregnancies) where I would have cut someone for some fresh Good N Plenties.   So I don't mind things tasting like licorice.  That said, this way of preparing fennel brings that licorice flavor down to a light hum of a taste, and I've found that many people who aren't licorice fans enjoy this side dish. 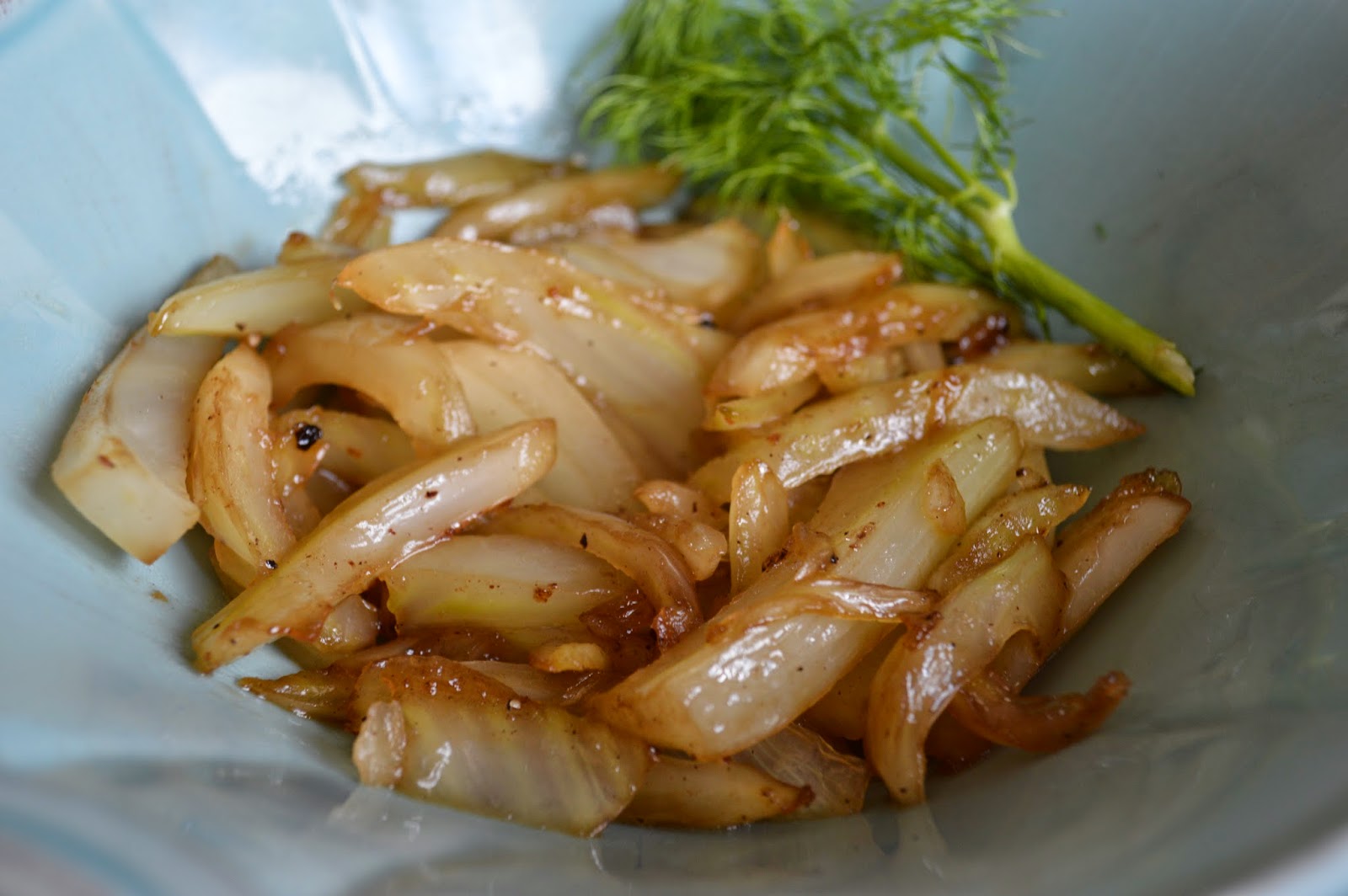 It's also one of the quickest veggie sides you can think of.  Takes 2 pans, boo, but only about 5 minutes.

Set a pot of water on to boil.

Take a bulb or two (or a few, if you're cooking for a crowd) of fennel. 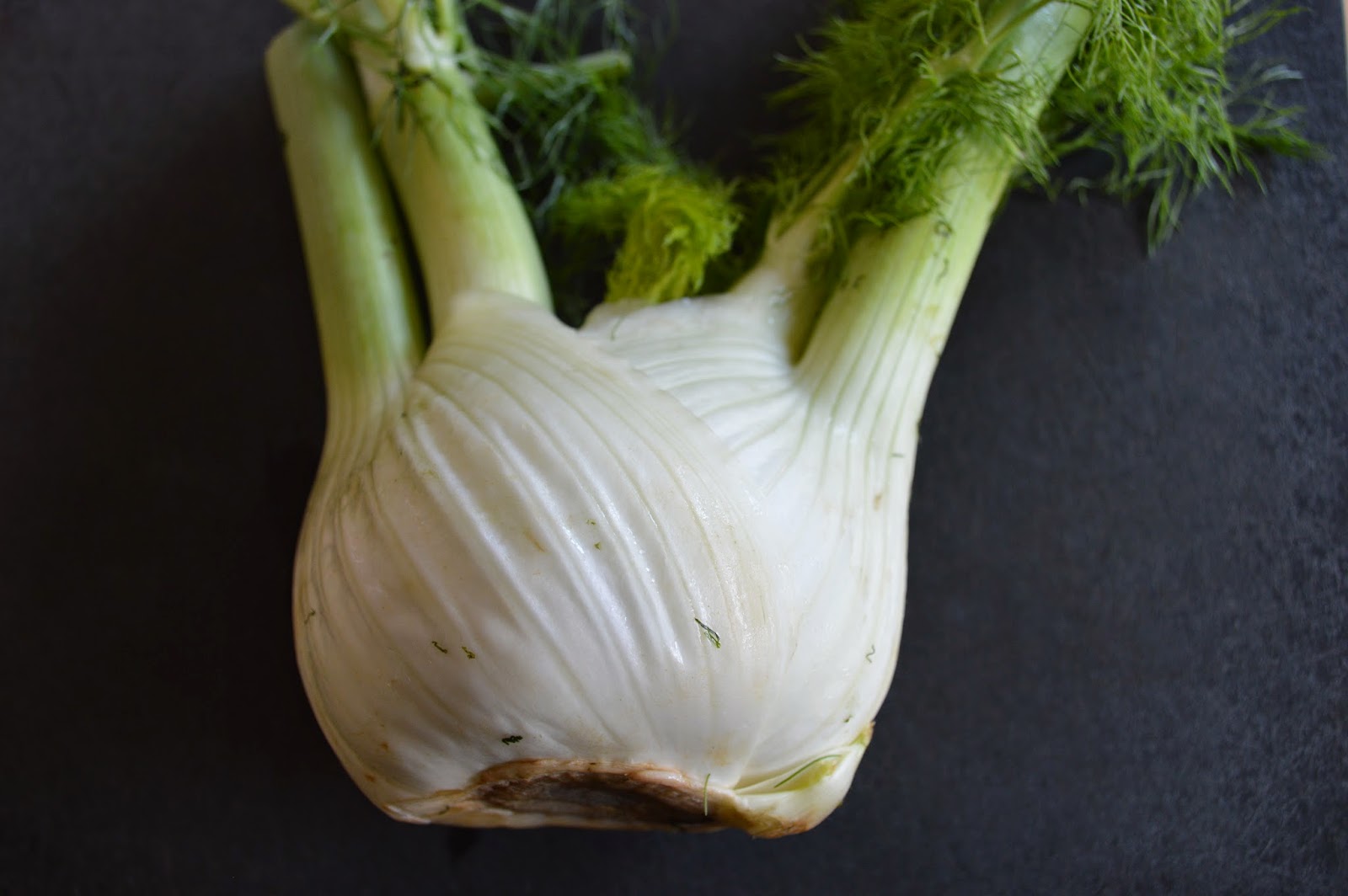 Chop off the top and the bottom of the bulb. 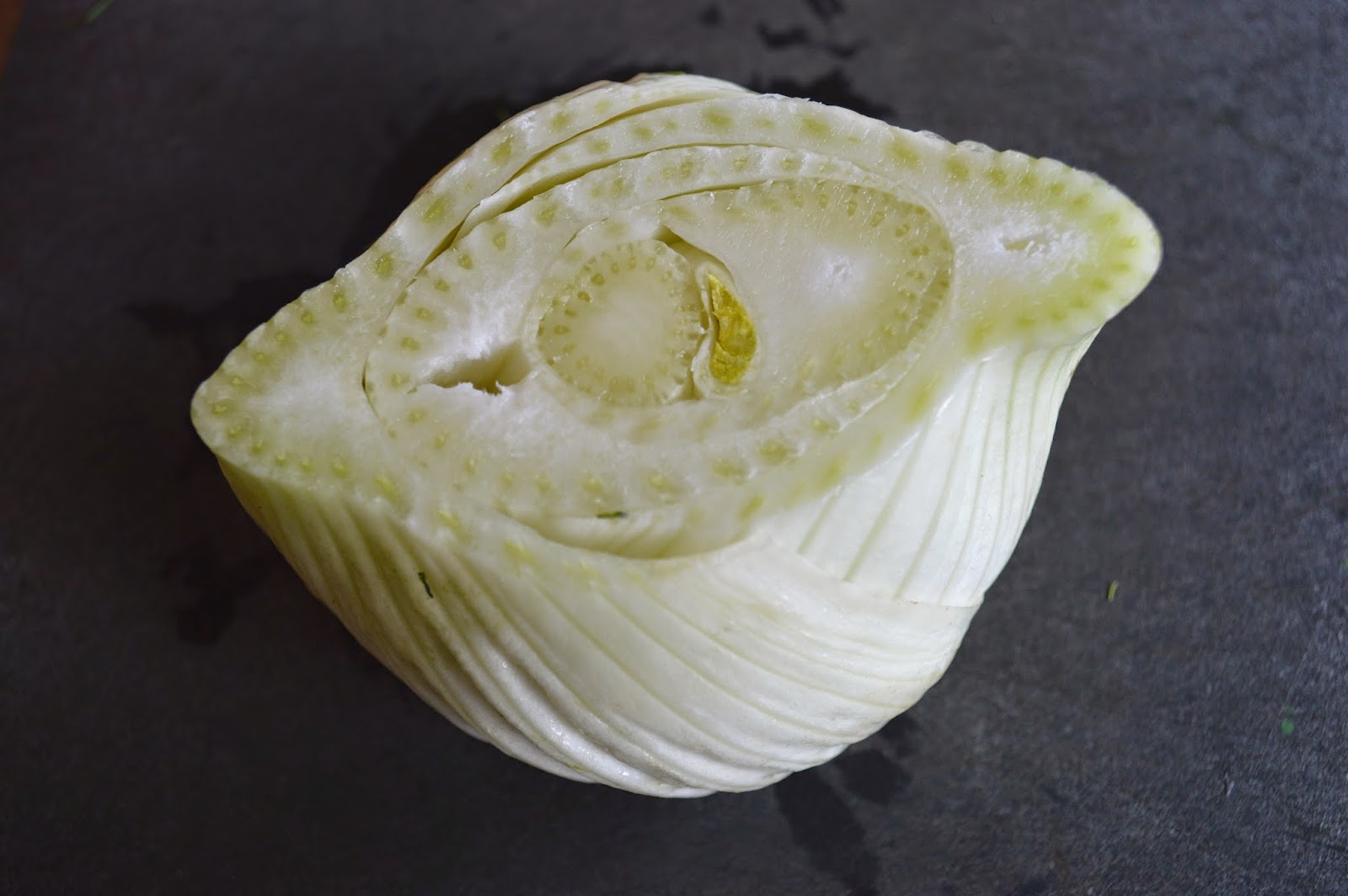 Slice the white part of the fennel bulb into thin strips.  If there's a thicker core, you can pare it out or try to slice that into thin pieces as well. 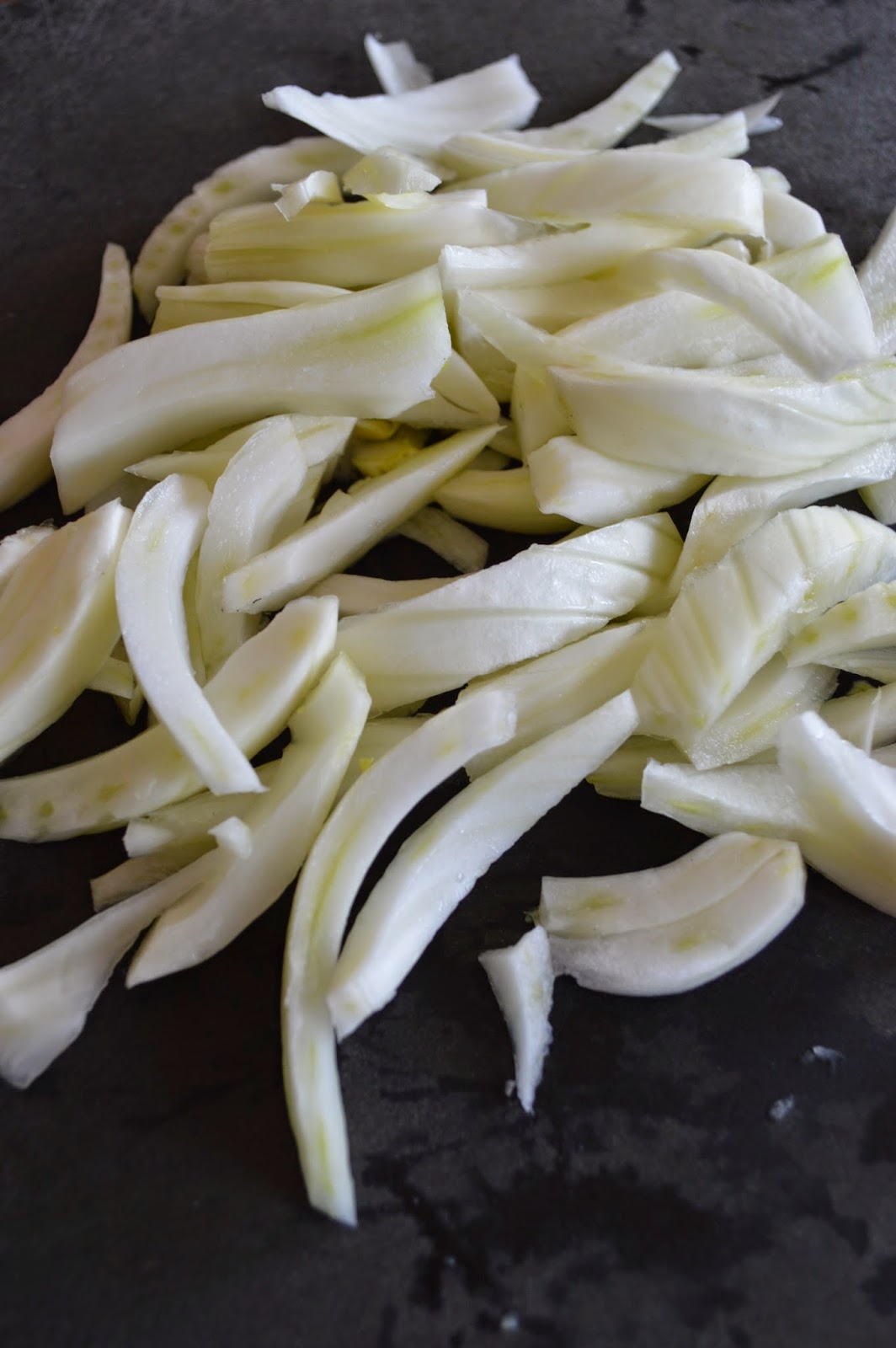 Place the fennel slices in the boiling water for 2 minutes.  Don't think that you can skip this and go straight to the saute.  I've tried, and the fennel doesn't get the nice, smooth, melty texture without the boiling.  It's much too stalky and abrasive for me.  The end product is well worth the 2 minutes and the extra pot.

Put a pan on another burner with a swig of olive oil and grate some fresh nutmeg into it. 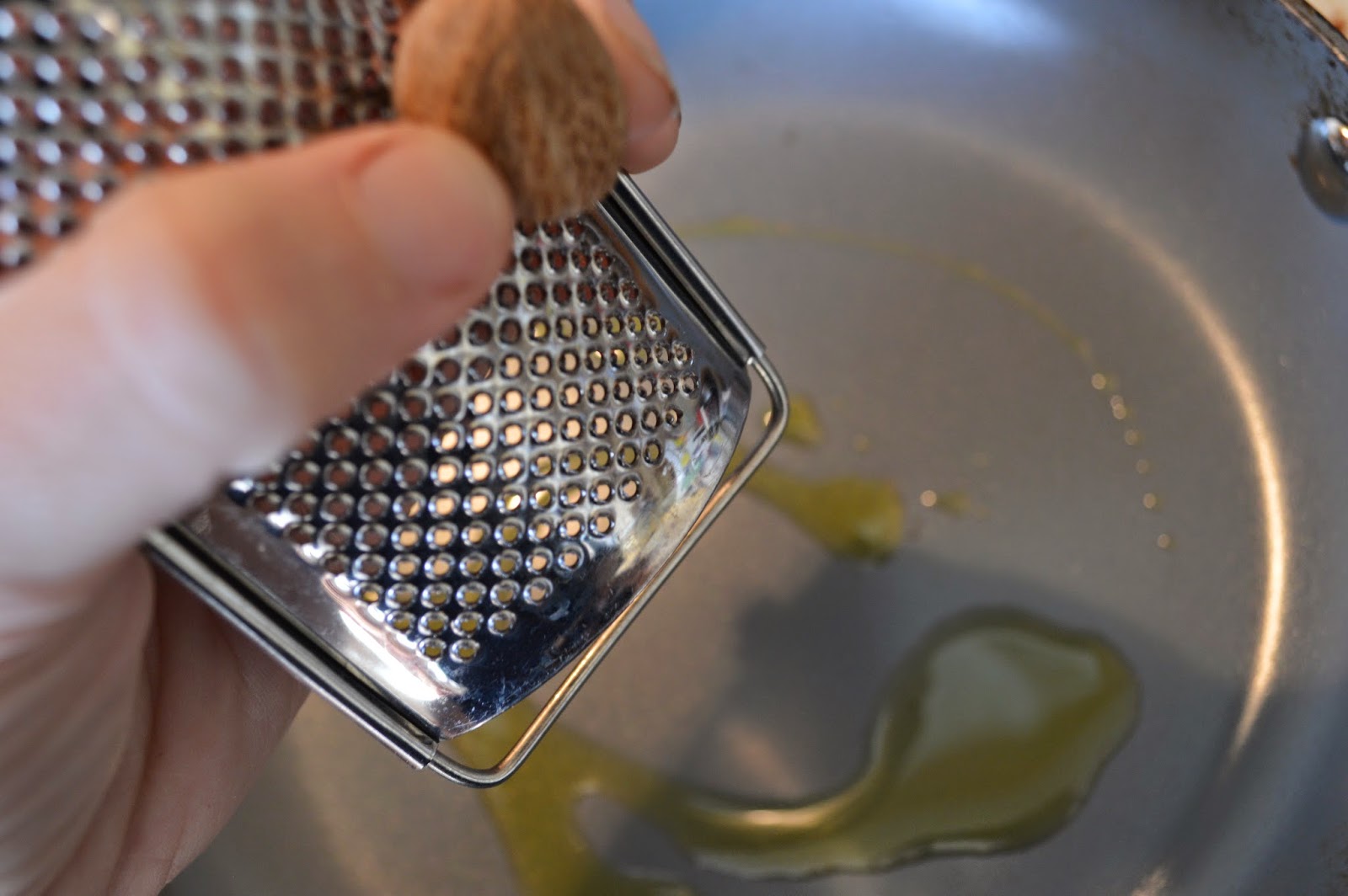 Using a slotted spoon, drain the fennel and place it in the pan. 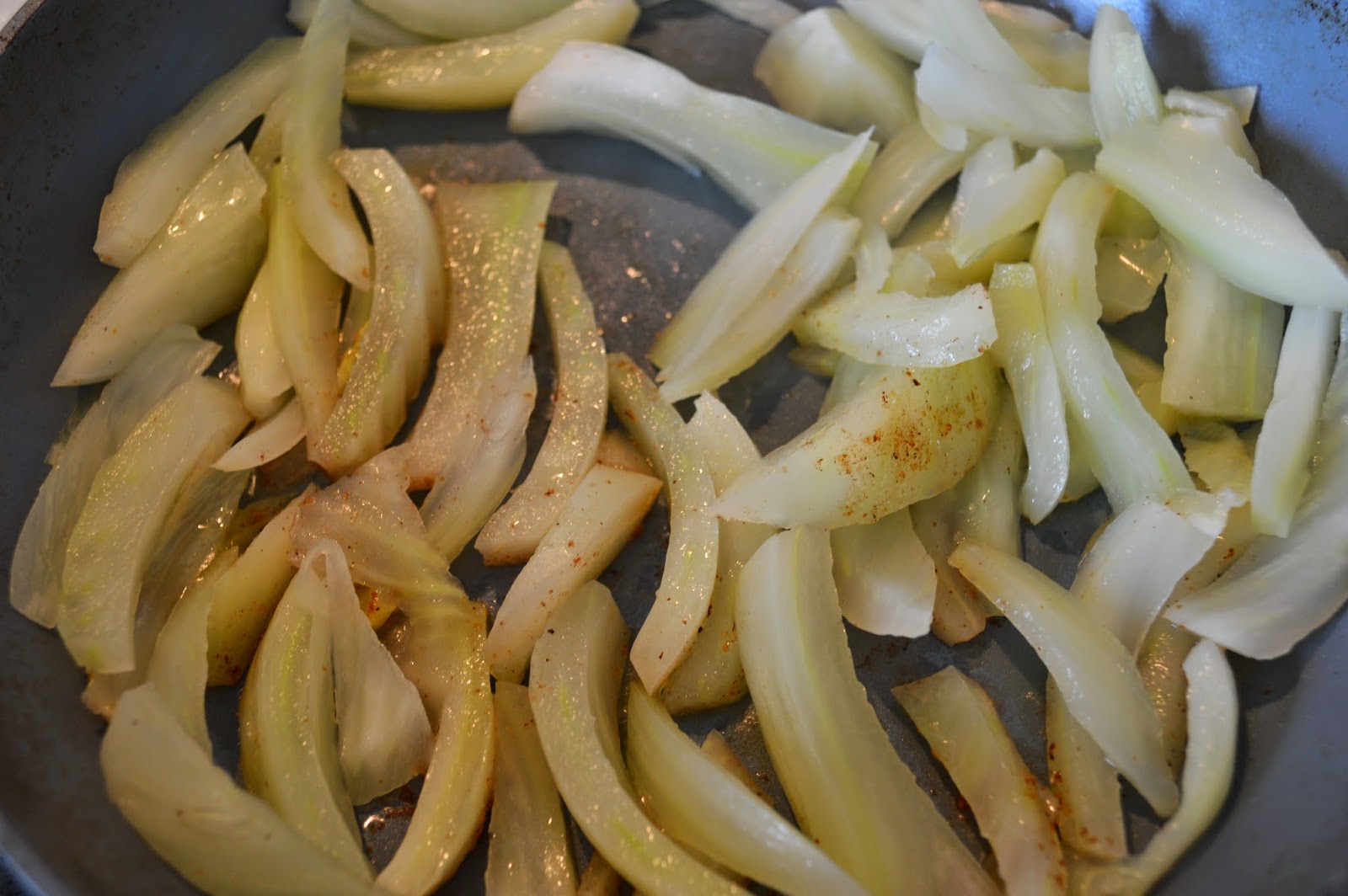 Heat it through for a minute, then add a tablespoon of Muscadavo sugar (or brown sugar, but Muscadavo gives it an extra pow!), a teaspoon of white sugar, and a sprinkling of salt and pepper. 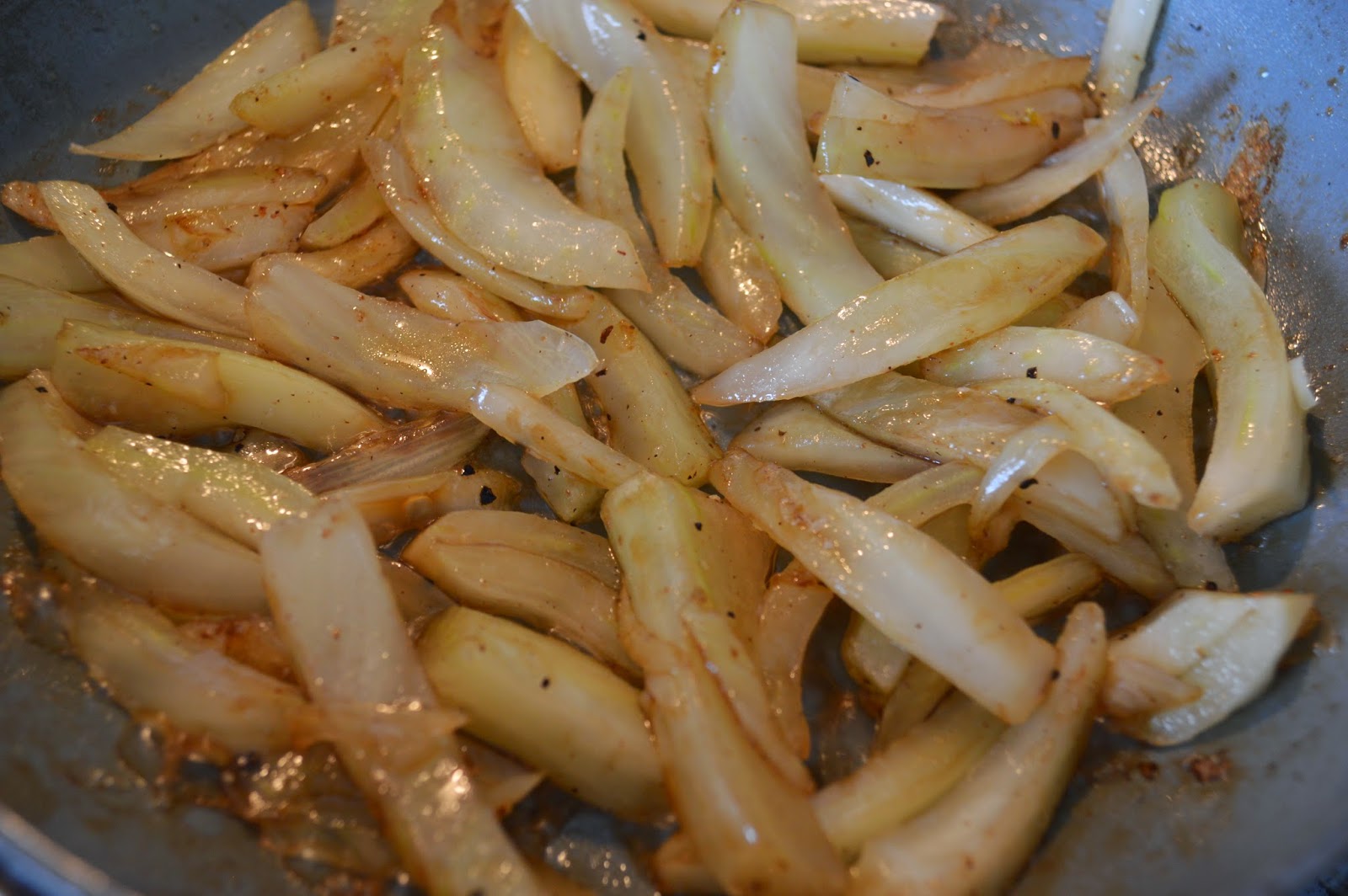 Give it a toss, take it off the heat, and serve it warm. 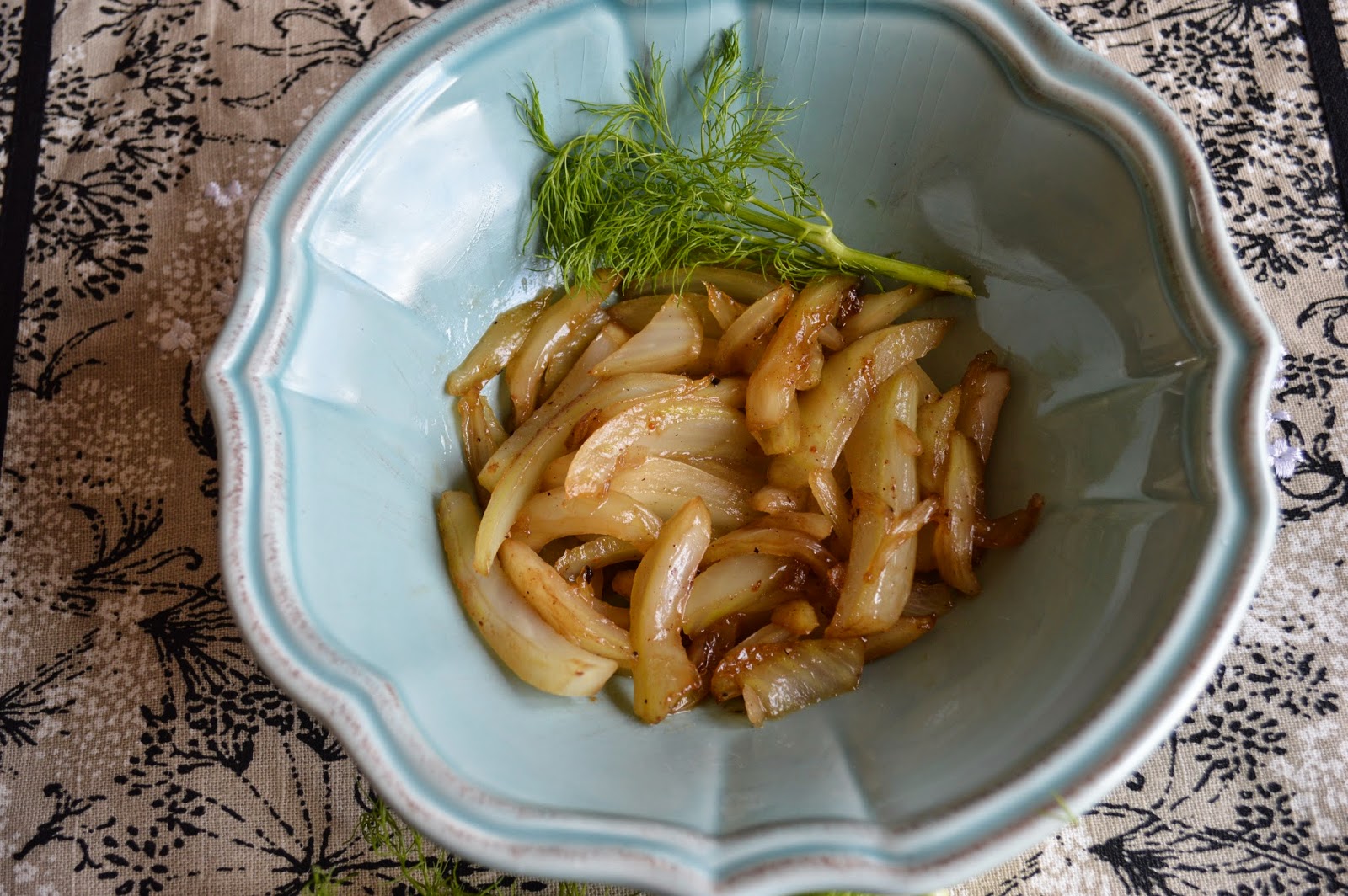 You can switch out the nutmeg for some Chinese 5 spice powder, or add a quick zest and squeeze of a fresh orange to the final saute to take it different directions.

Fennel is a great for digestive problems, and this side makes a great accompaniment to chicken or pork.  I'll whip it up when I'm alone for lunch and eat it with some goat cheese and a baguette.  If you want to get really creative with it, you could use it in a foccacia, or puree it up and add it to some plain mashed potatoes...with this comforting sweetness, maybe even a fennel ice cream?  Endless possibilities, I tell ya...
Posted by Krasimom at 4:00 AM