Swiss chard is one of my favorite veggies to plant.  They are so simple to grow, and they will continue to produce leaves for the whole season with very little fuss.  They are also full of a lot of vitamins, minerals, and antioxidants, and are said to be for for controlling blood sugar levels and reducing inflammation, among other things.  And, best of all, chard is totally delicious! 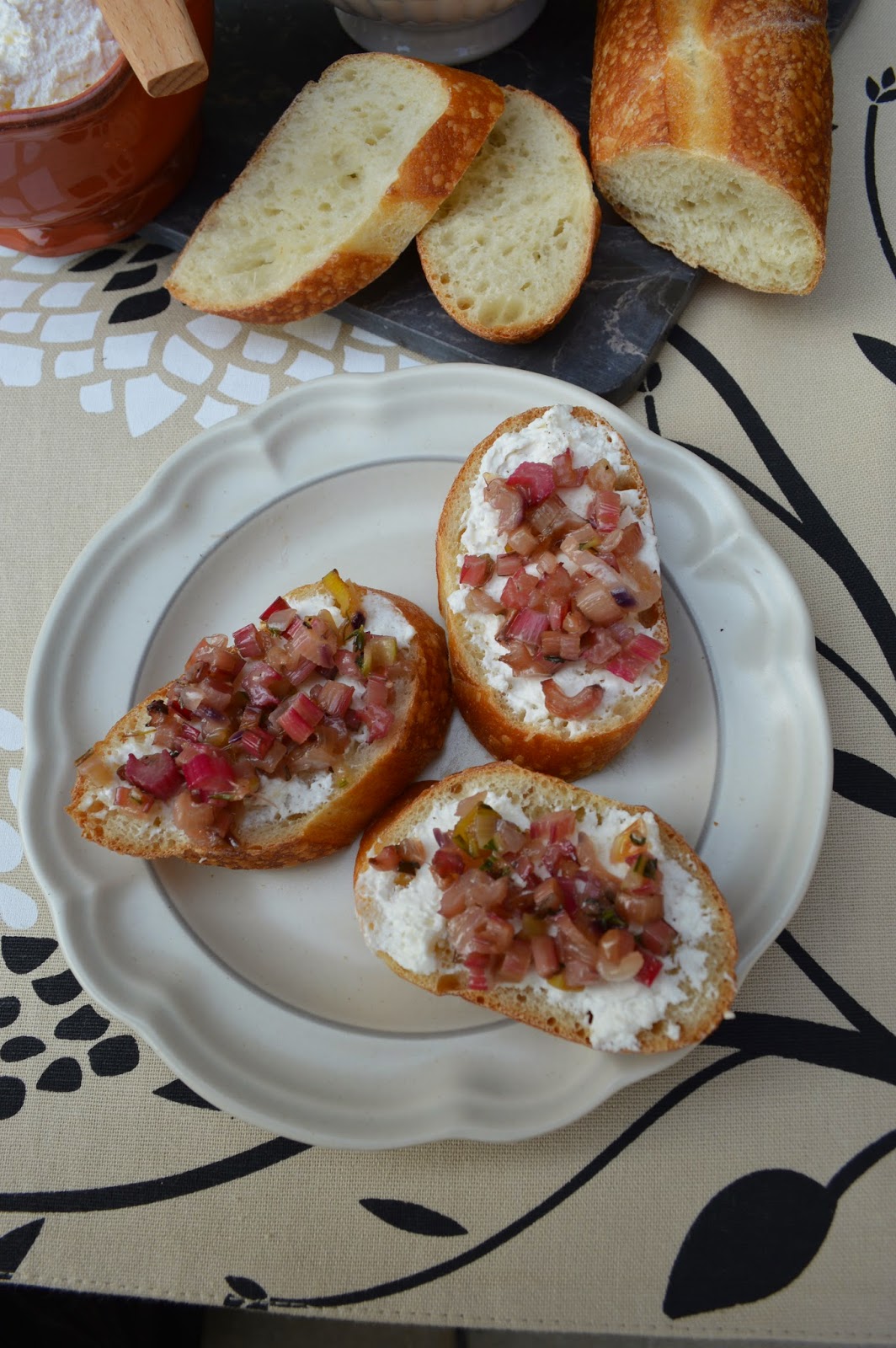 With a constant stream of chard coming from my garden, I tend to get a pile like this every couple of weeks: 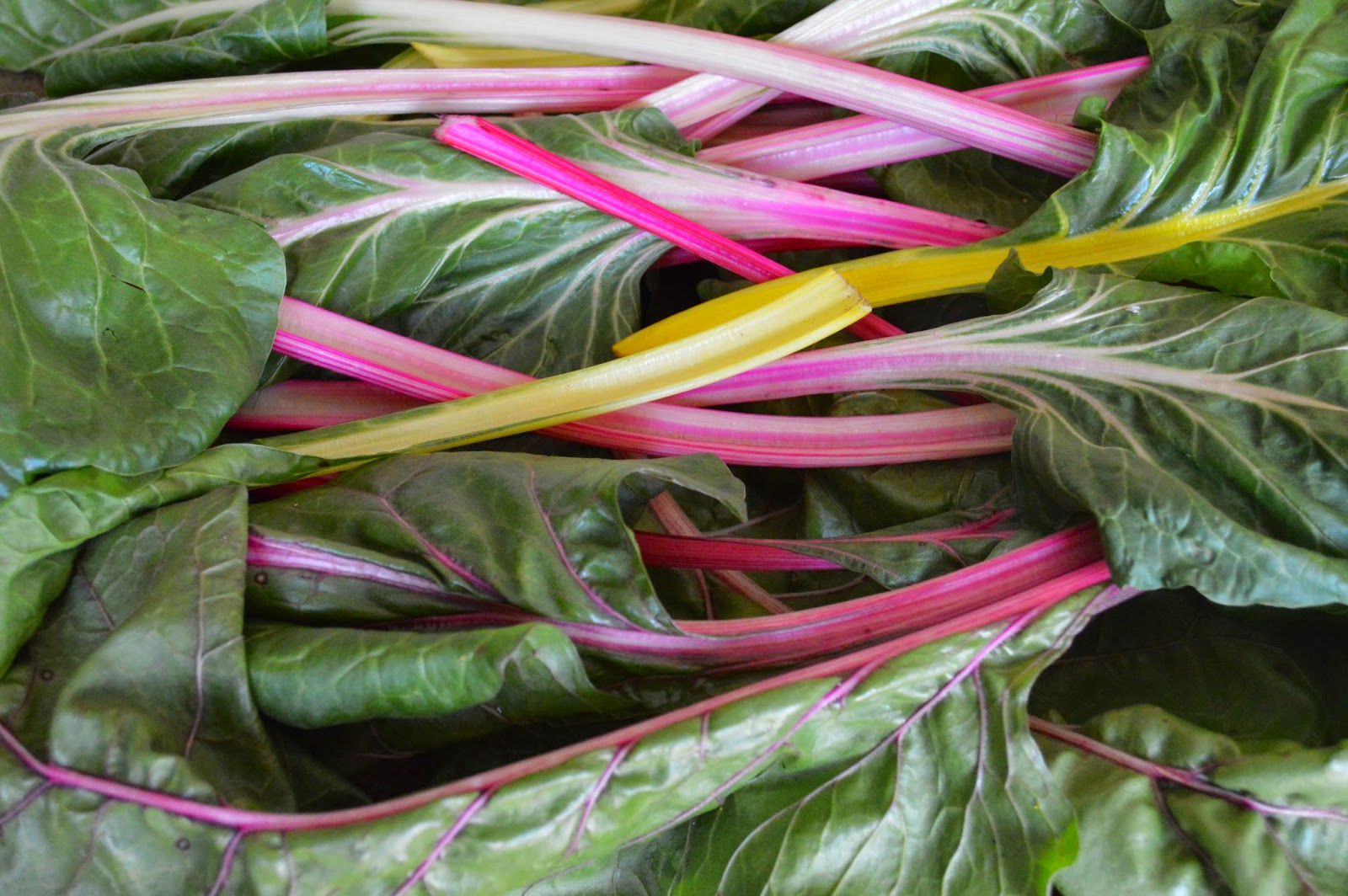 *Public Service Announcement*
Always be sure to wash your harvest before prepping it!  Two of these little guys had stowed away into my house on green ships of chard.  The kids had a good time watching them until we released them...on the other side of the house from my garden. 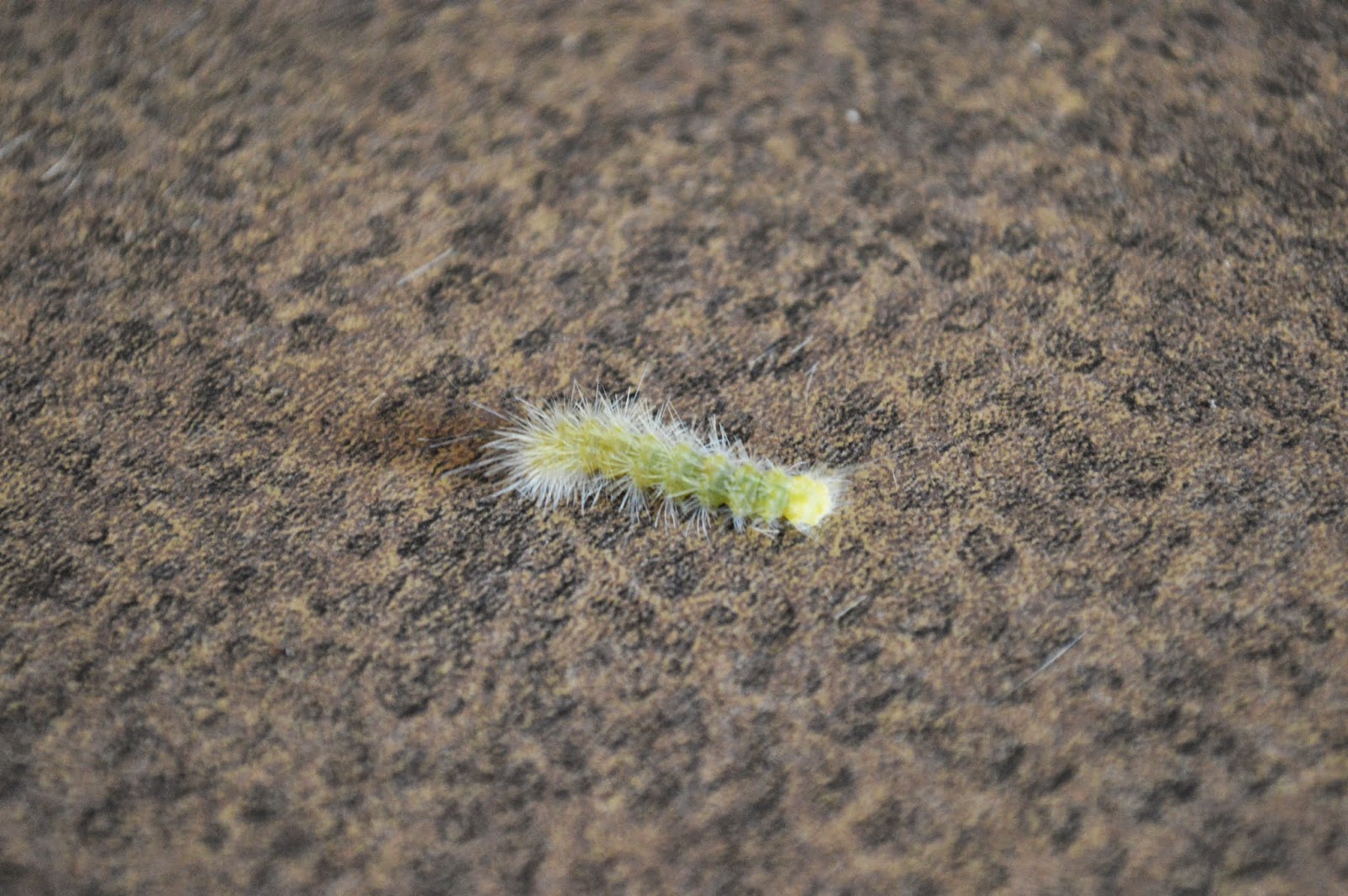 I blanch and freeze the greens of the chard, but the stems require a different treatment, as they are stiff, almost like celery, and freezing them tends to make them collapse on themselves in the thawing.  If I'm using the chard fresh and cooking it, I'll just throw in the stems a few minutes before the greens.  Sometimes, I'll chop the stems raw to brighten up a salad.  If I'm having people over, or if I want to veginate the kids' afternoon snack, I'll make this Rainbow Chard Party Spread. 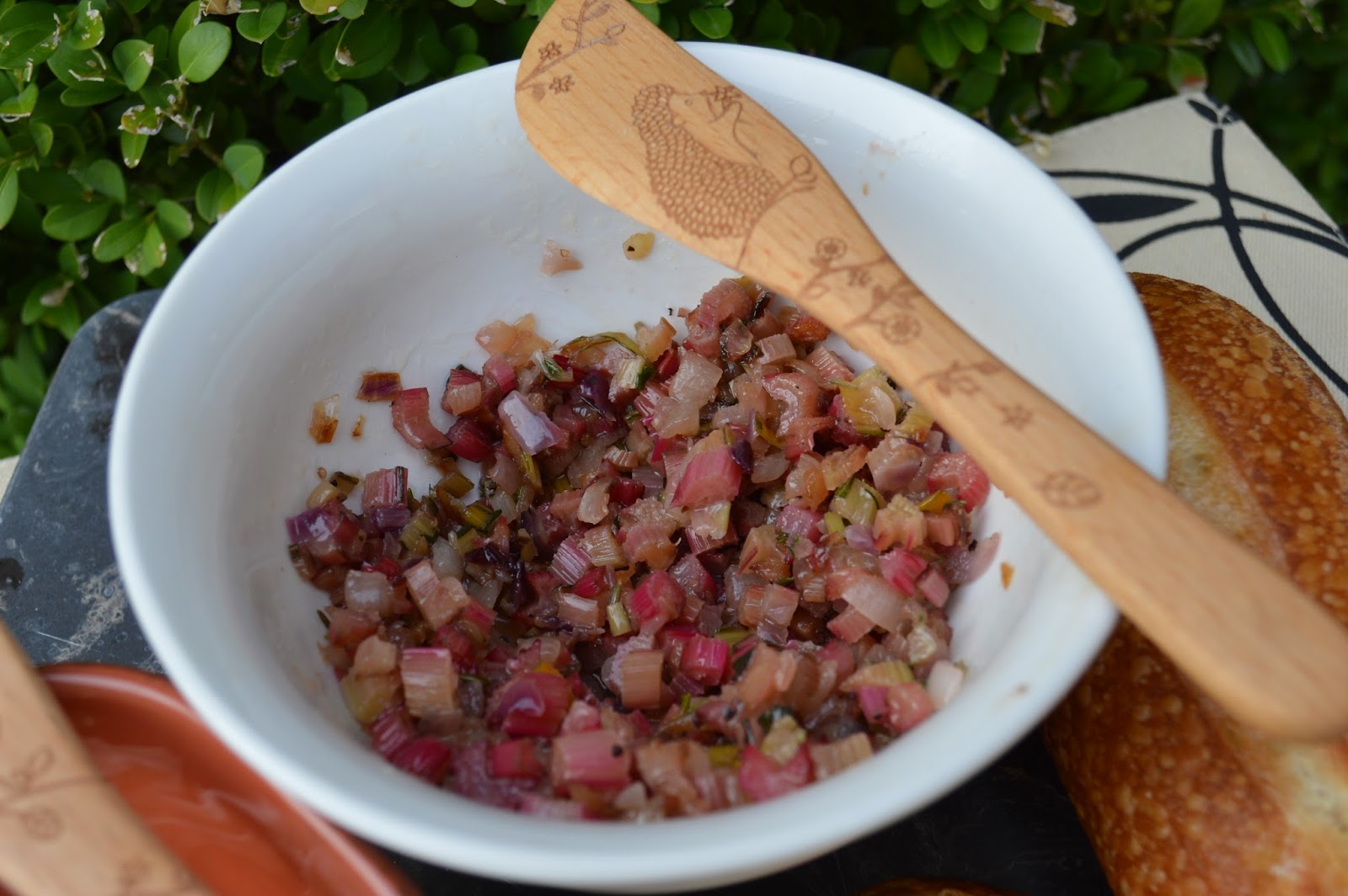 My friends as easily impressed by me grabbing something out of the garden and making something with it right in front of them, and this dish is great for that.  It doesn't take long at all either. 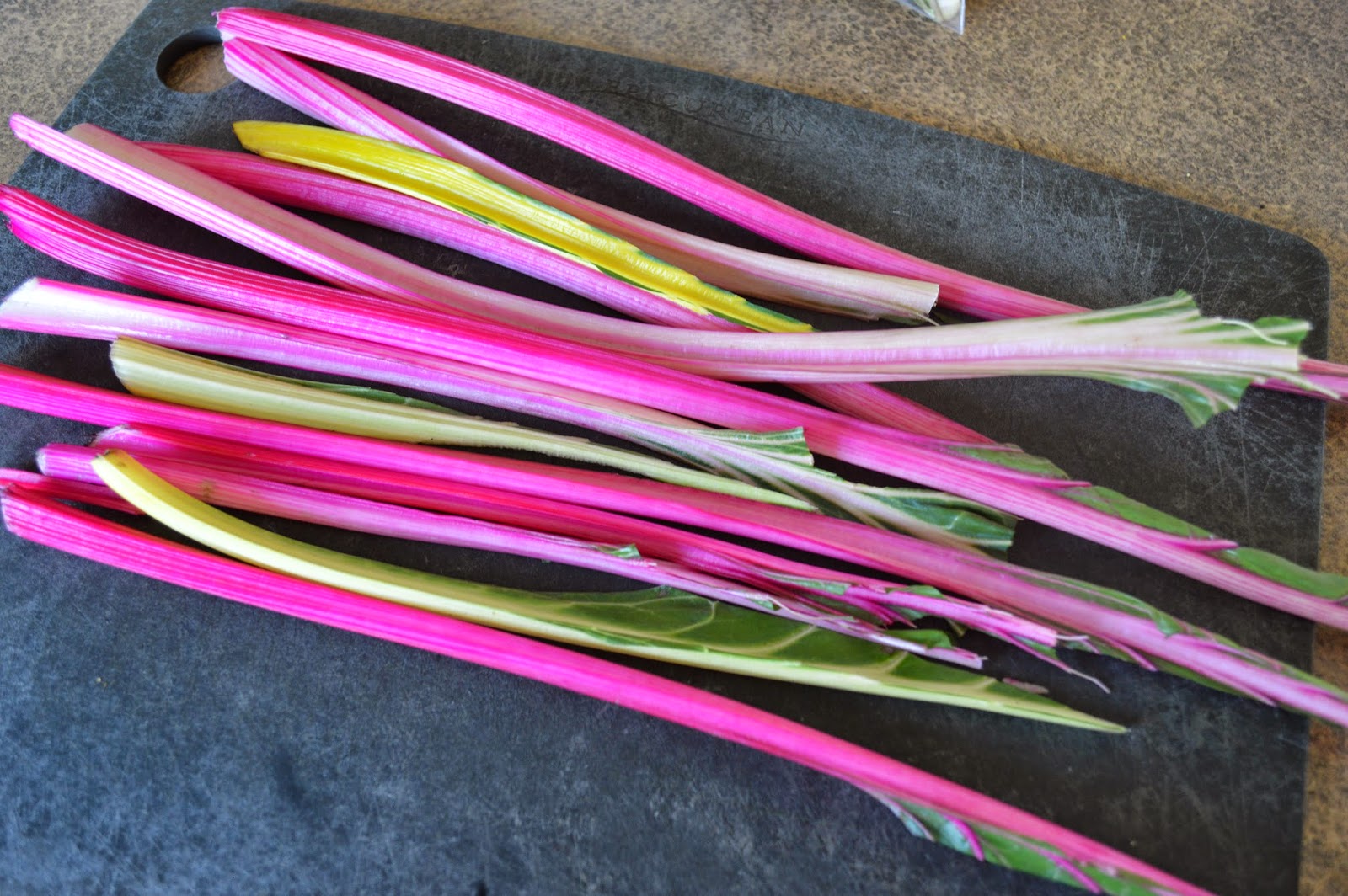 Take about 8-12 stems of chard, as colorful as you can find, and chop them.  You want about a cup of them once they are chopped. 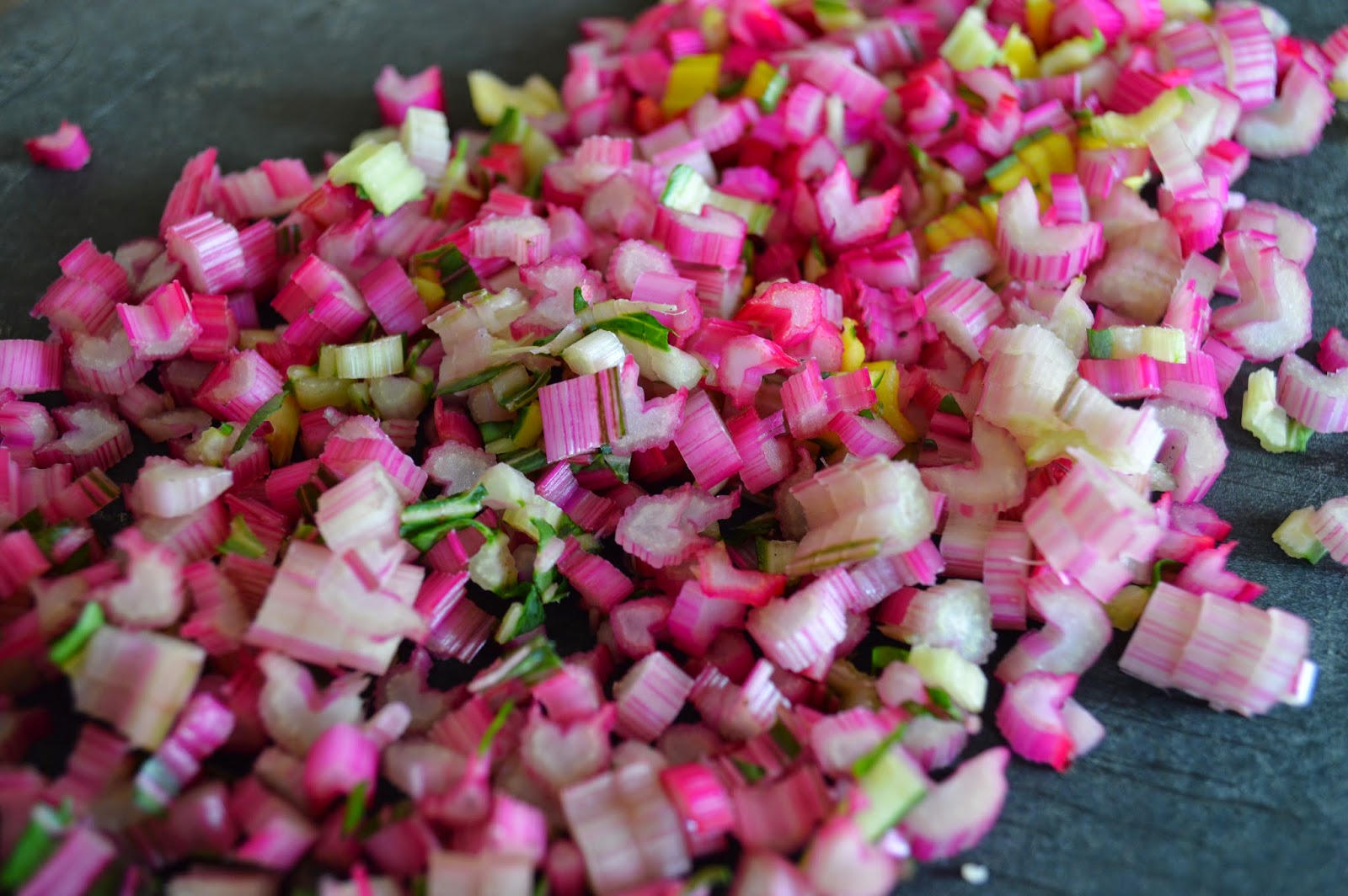 Chop up a small red onion. 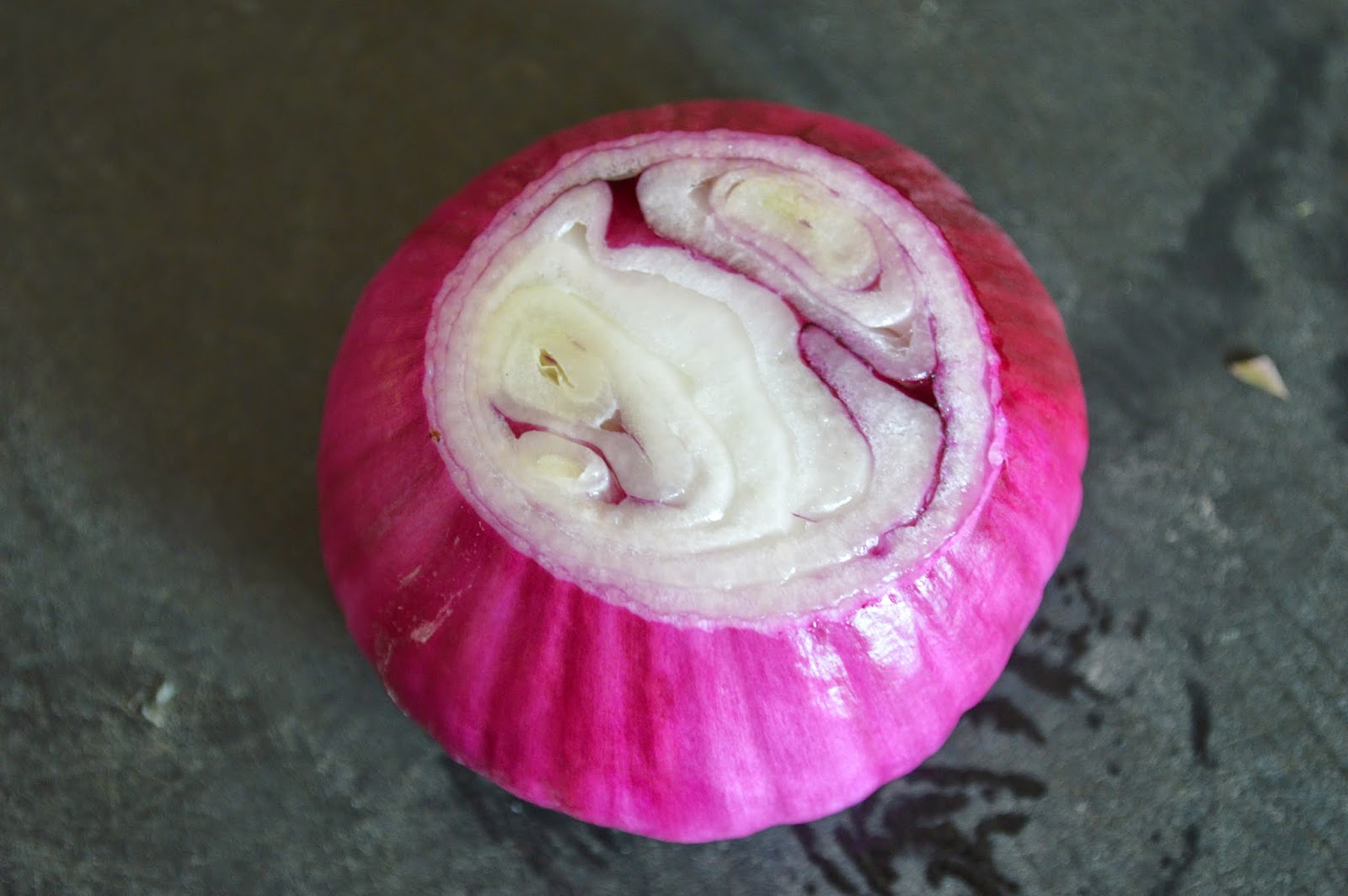 In a small pan, melt 3 tablespoons of butter, then put in the chard stems and onion and saute for 3 minutes. 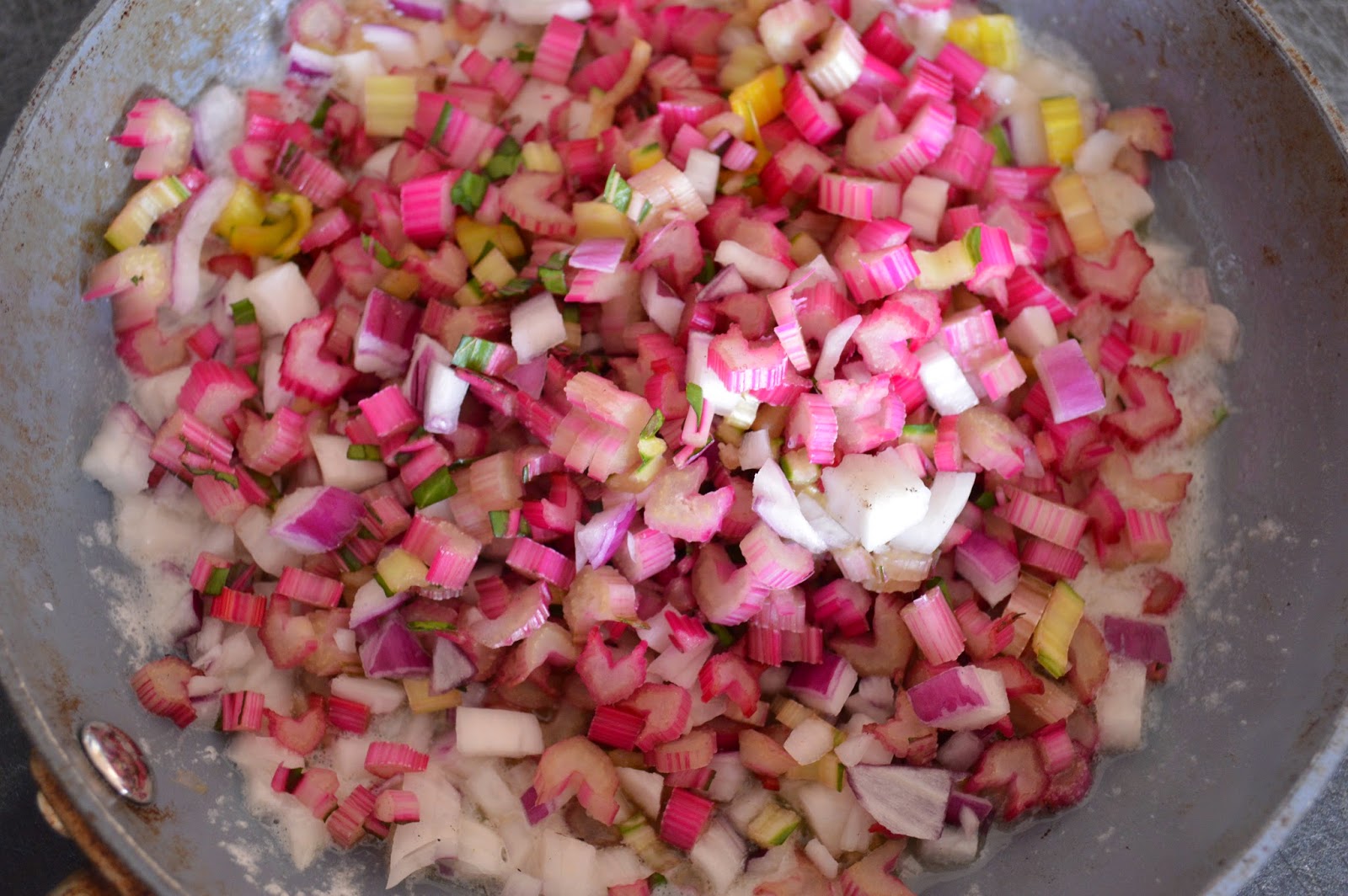 Add the leaves from 3-4 sprigs of fresh thyme, some fresh ground pepper, and a tiny bit of salt (chard already is on the salty side!), and continue to saute for about 5 more minutes, until the onion is cooked down and the chard stems are tender. 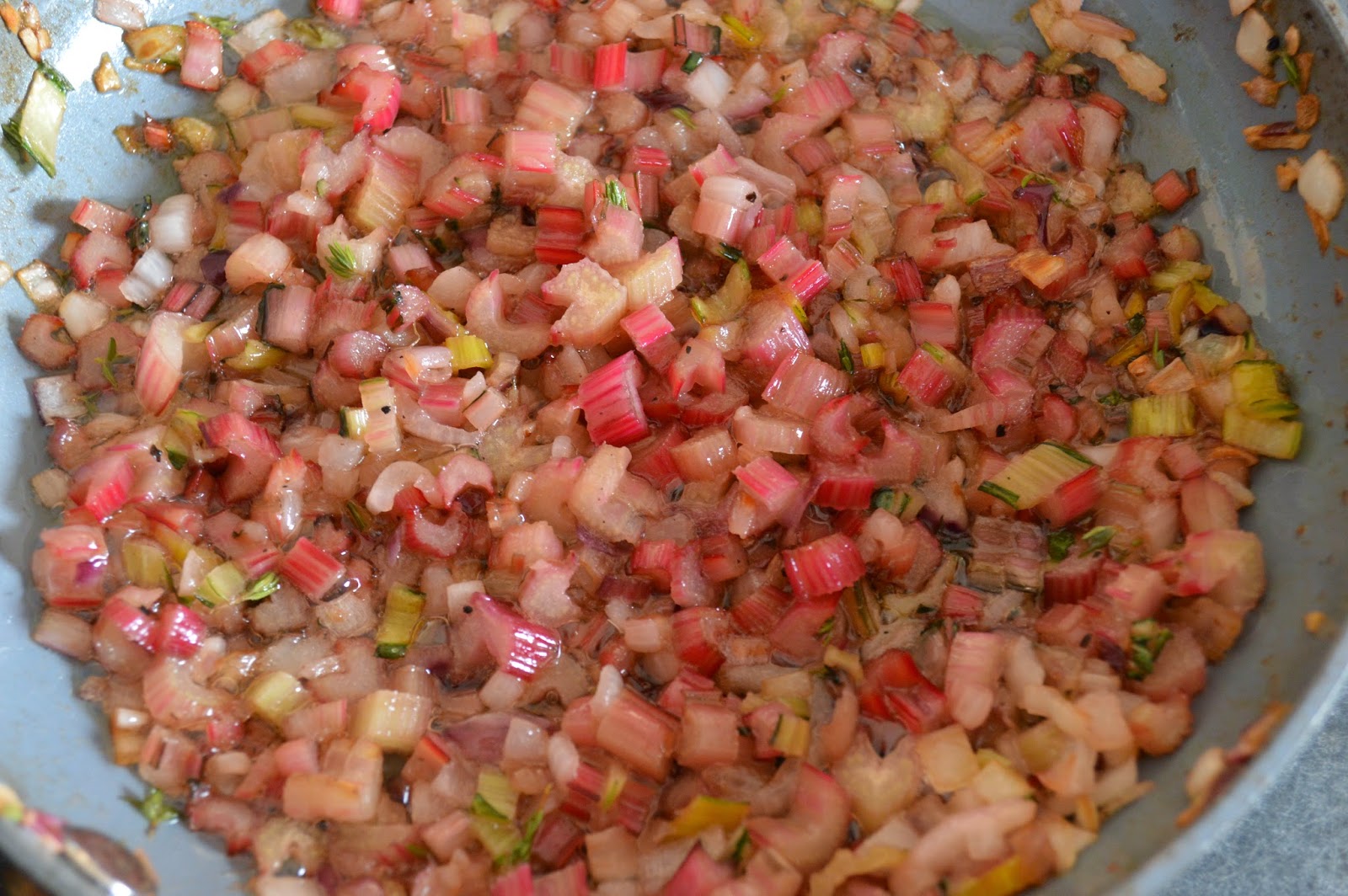 Pour the chard into a small bowl to cool.  If you want, you can drain or blot some of the extra butter that will accumulate. 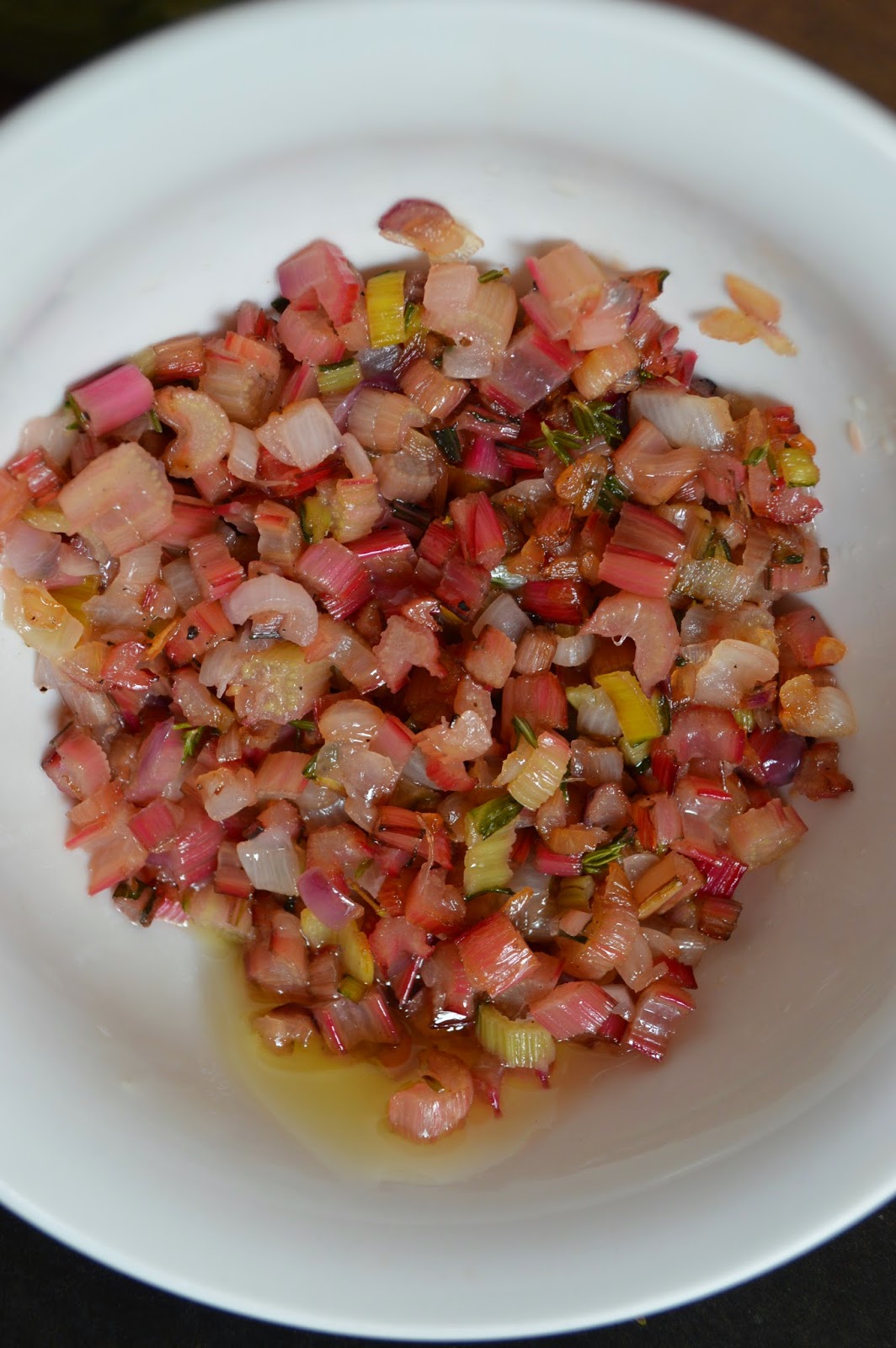 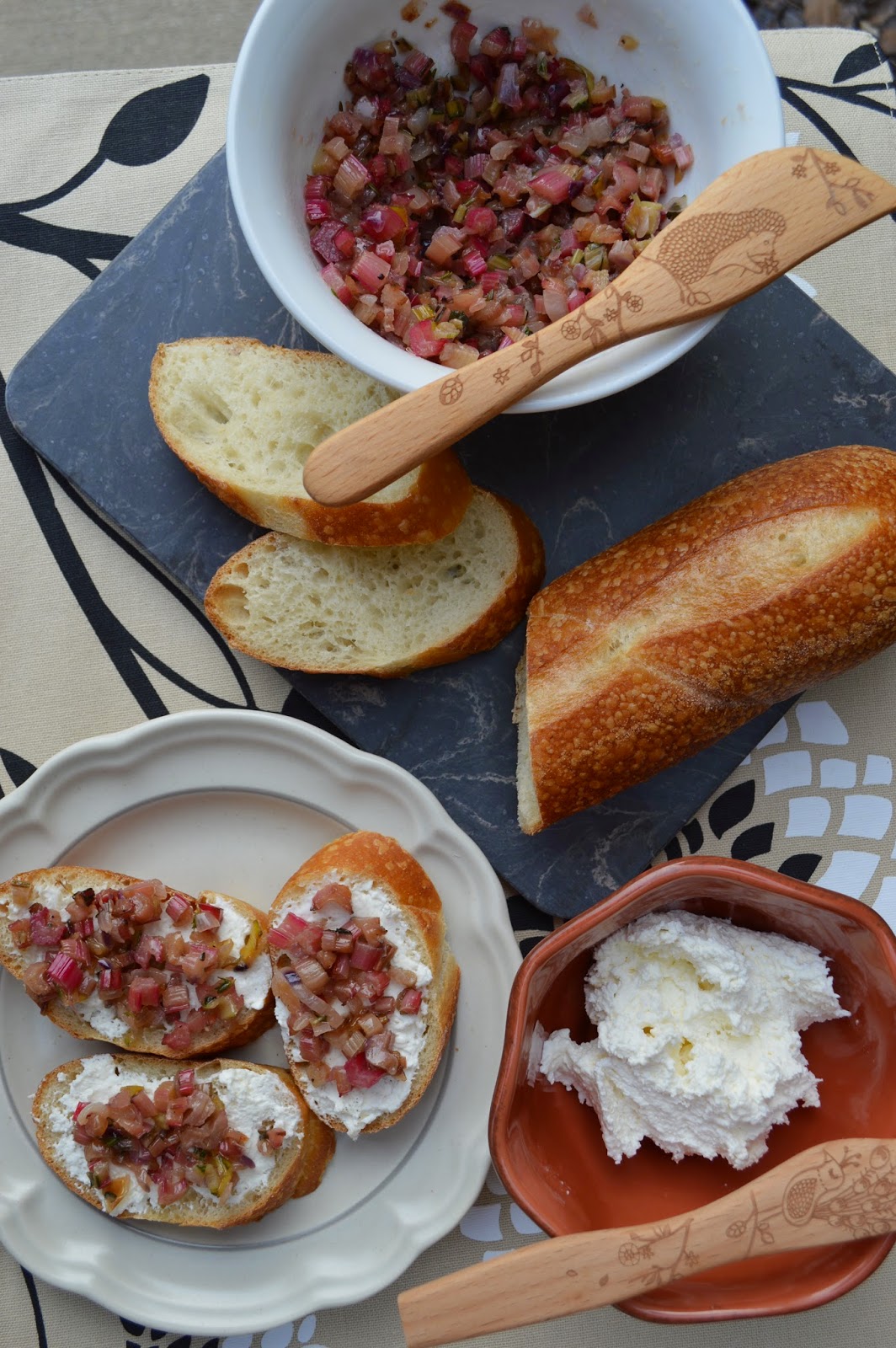 Can I just kvell for a minute about the adorable spreaders I found this summer?  That hedgehog...it was love at first sight! 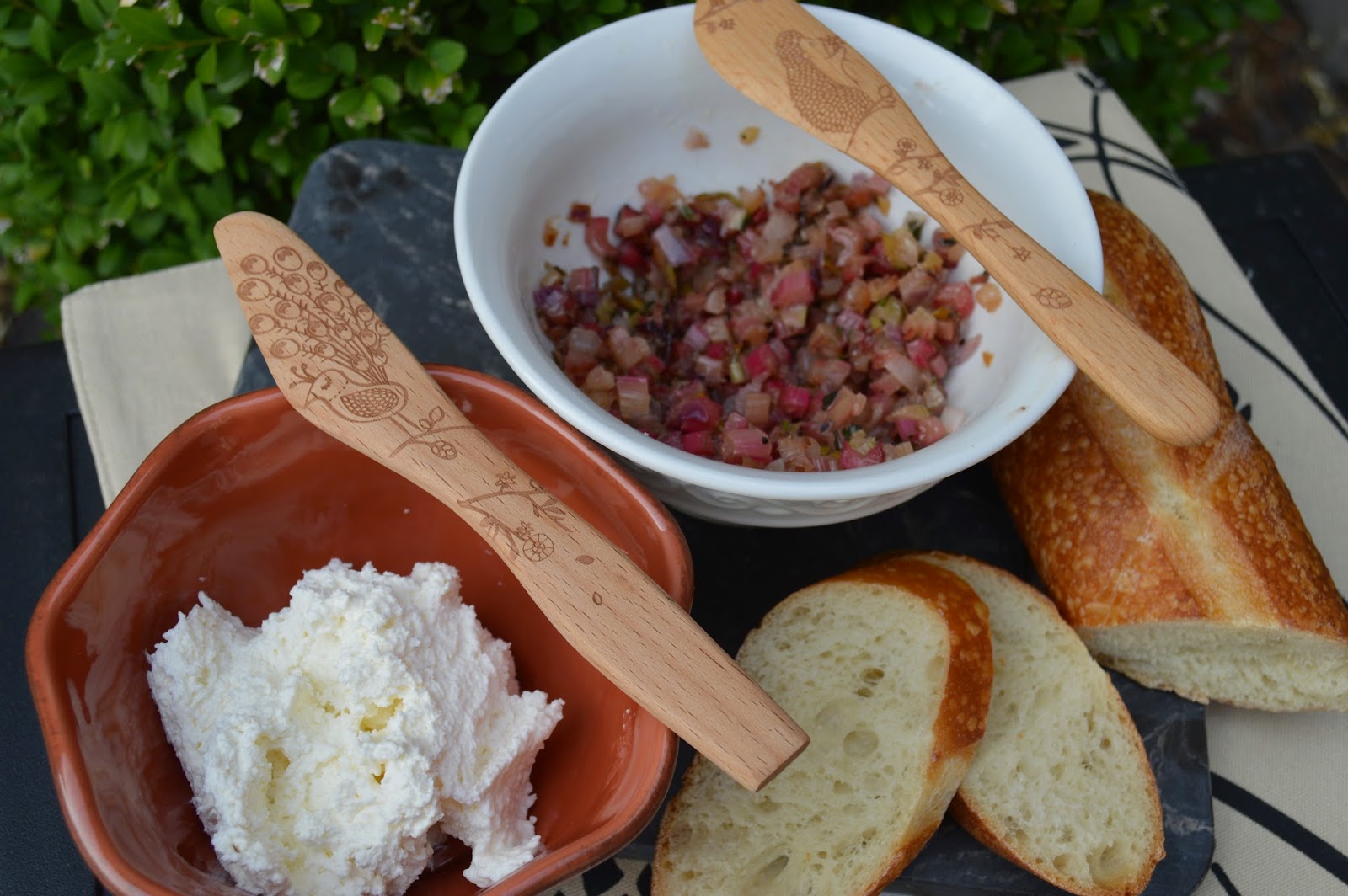 Anyways, back to the appetizer.  As my 9-year-old so sagely pointed out as she dug into her third piece, the creaminess of the cream cheese is a nice foil to the saltiness of the chard mixture.  My 8-year-old agreed that combining the two of them took each to a whole new level.  Little Sir Picks-a-Lot?  Well, he likes his...um...deconstructed.  As in he likes bread.  And chard.  Separate.  Not together.  Not even cooked.  The chard, that is, not the bread.  That should be baked.  ;)  But hey, he likes chard, so I'm not complaining! 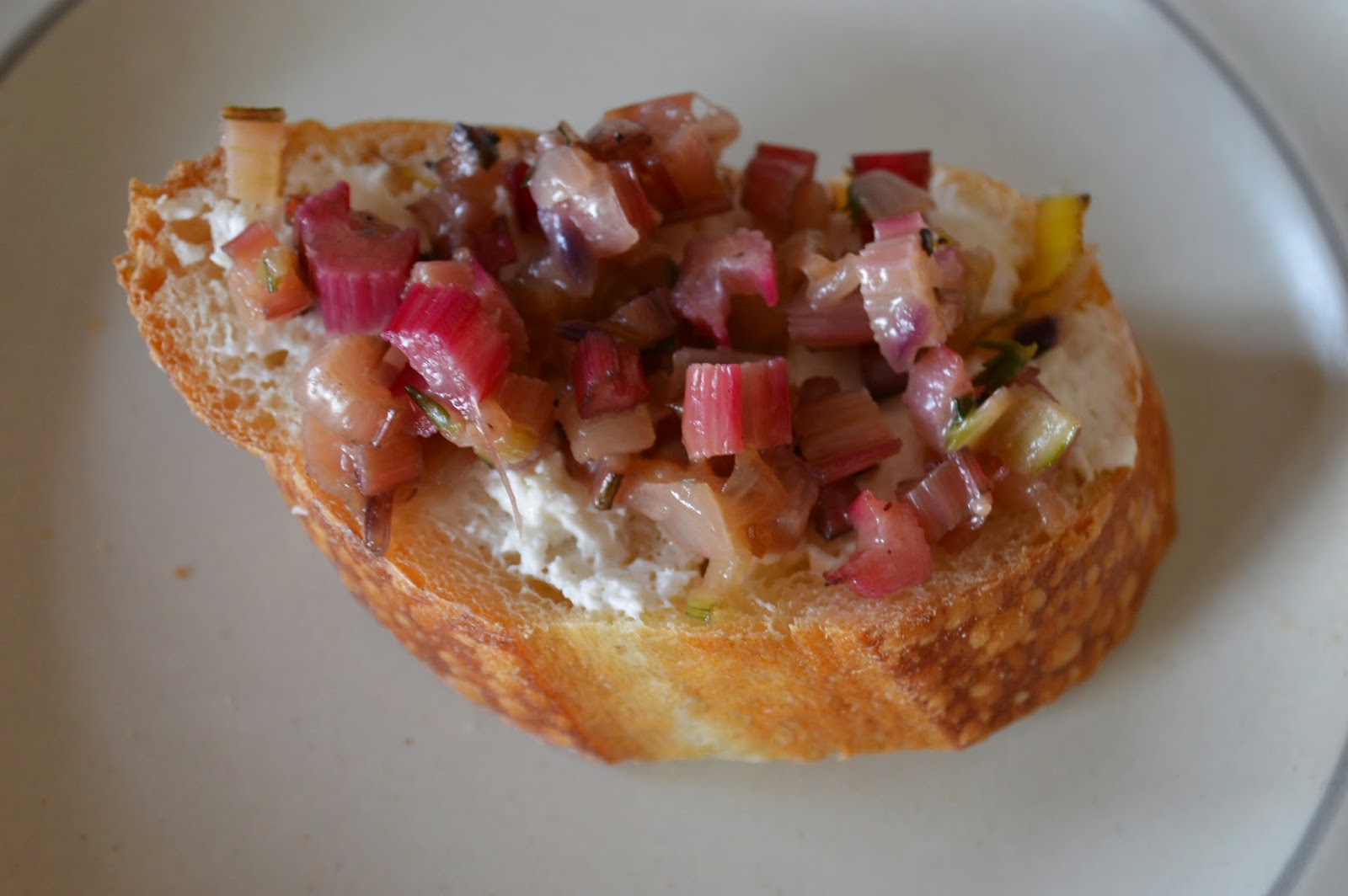 You can make the chard mix ahead of time and store it in the fridge, if you'd like.  You can arrange things on a plate, or just let guests make their own.  Rainbow Chard Party Spread is a colorful, healthy, and delicious delight!